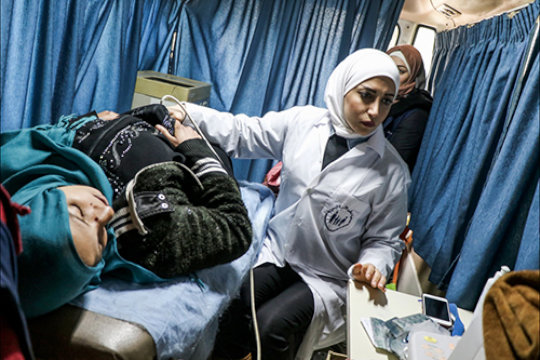 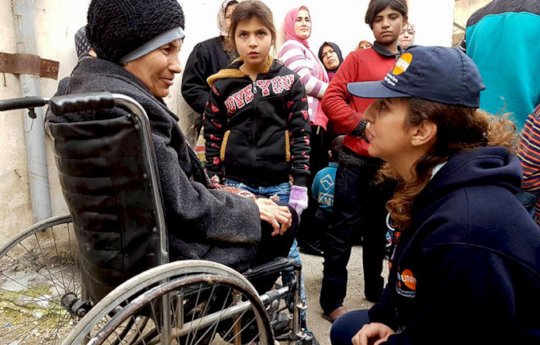 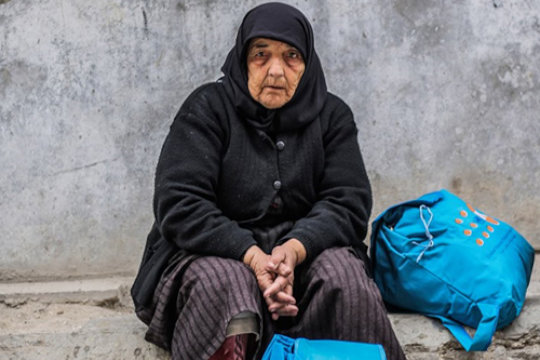 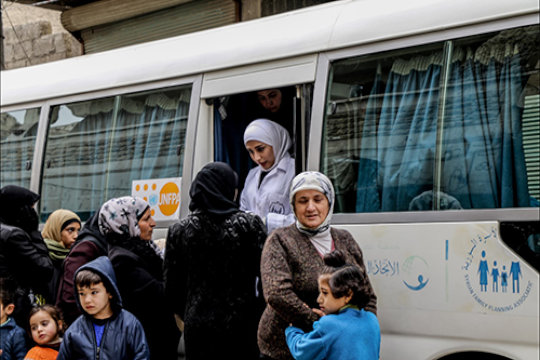 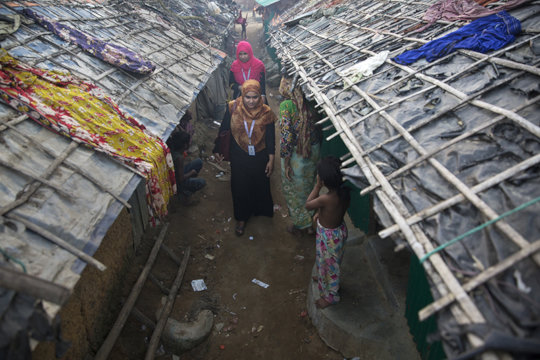 Right now, the border shared by Myanmar and Bangladesh is the site of one of the fastest growing refugee populations in the world. Cox’s Bazaar has experienced an influx of over 620,000 refugees in the past three months. The region now hosts one of the world’s densest concentrations of refugees, more than half of which are women and girls. With this overcrowding also come added threats to women and girls.

Women and girls typically become more vulnerable to gender-based violence and sexual assault when displaced by a crisis. Recent reports have confirmed that sexual violence against women and girls is widespread in Cox’s Bazaar. Many women arrived there having already survived brutal sexual assaults.

Some of the most dangerous situations for women occur when they set out to complete daily tasks essential to the survival of themselves and their families. When women walk throughout the camps to collect firewood or use the bathroom, they can find both themselves and their children in a vulnerable situation.

UNFPA is on the ground, providing women with flashlights and lanterns to light the way at night. Volunteers are also creating safe spaces for women and setting up community watch programs, proving that giving women and girls the supplies they need changes and saves lives.

A donation of only $25 can provide one woman in a humanitarian setting such as the Rohingya refugee crisis with a dignity kit that provides flashlights and hygiene essentials, ensuring that she is able to maintain her dignity, health, and security in emergency situations.

Many women arrive in desperate need of maternal and reproductive health care. Pregnant women and new mothers are particularly in need of safe spaces and health services. Sabekun,  who is 25 weeks pregnant was able to see a UNFPA midwife and share her worries about her baby’s health after she walked for 7 days to flee violence at home. The midwife was able to assure Sabekun that her baby was safe, and helped direct her to a safe place to rest after her exhausting journey.

Women who have already given birth in harsh conditions are also welcomed in UNFPA safe spaces to recover and share their stories and advice with other women. Female volunteers in the community have emerged as trusted keepers of these safe spaces, which many women are calling "shanti ghar" or "safe haven." While here, women can access medical care and counselling referrals. However, sometimes women give birth before they are able to reach a safe space or reproductive health center- and UNFPA is addressing this, as well.

Merula gave birth a month ago with the help of her mother in a makeshift tent, aided only by her mother. UNFPA created birthing kits to make sure women having emergency births can have access to clean care and necessary items, and help women like Merula have as safe a birth as possible in times of crisis. 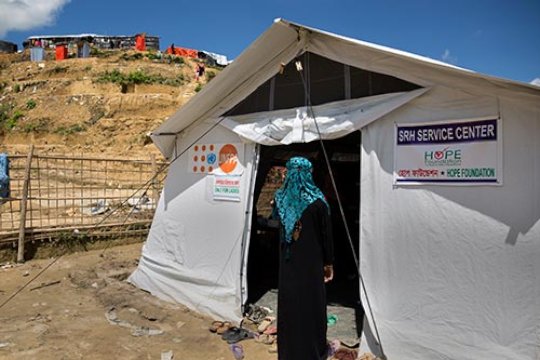 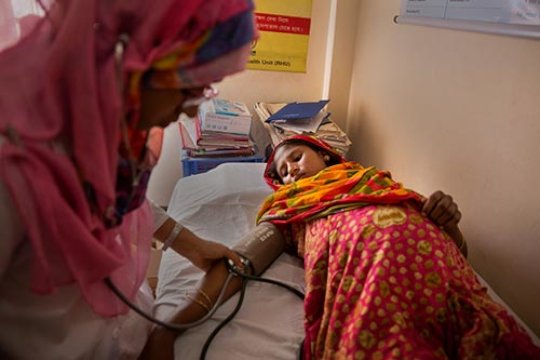 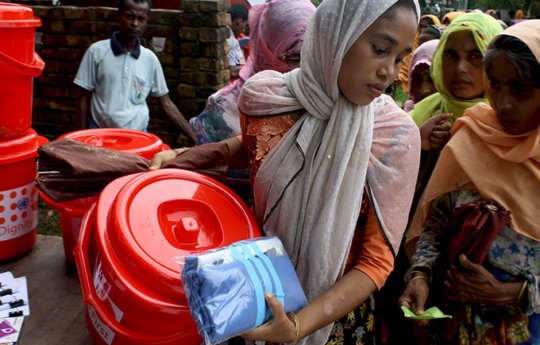 900,000 Rohingya refugees have fled ethnic violence in Myanmar into neighboring Bangladesh. Of the 900,000 displaced, 600,000 have left since the end of August when the conflict seriously escalated. More than half of the refugees are women and girls, who have lost access to critical reproductive health care. Having already survived the violence in Myanmar, their arrival at camps in Bangladesh exposes them to an increased risk for the potential of sexual abuse and gender-based violence.

Hundreds of thousands of Rohingya refugees urgently need shelter. However, those who do live in shelters often reckon with overcrowding and a lack of privacy. These issues are exacerbated for women and girls, who face the additional threat of violence when traveling within the camps to restrooms or elsewhere. Of 10,000 new arrivals in Cox’s Bazar, one of the largest camps in Bangladesh, 900 women and girls have reported gendered violence. It is likely many more have not reported their experiences for fear of stigma.

Women and girls are more vulnerable to sexual assault in times of crisis.

UNFPA has created nine women-friendly spaces in Cox’s Bazar that provide both protection and care specifically for women. Shakila* arrived in a UNFPA women-friendly space after surviving sexual assault and witnessing the murder of both her husband and baby daughter. She received urgent medical care from health personnel trained by UNFPA, and will be able to access counseling that UNFPA helps provide to survivors of trauma. Another woman who was receiving counseling there after she had suffered similar unimaginable horrors described the space as “a place to talk about my suffering on this journey – a place  of peace for women like us.”

UNFPA also has 34 midwives stationed in Cox’s Bazar, many of whom are also trained in a clinical response to rape and gender-based violence.  UNFPA has already distributed over 6,000 dignity kits to women in Cox’s Bazar, which include items ranging from sanitary napkins to flashlights to light the way at night. When women arrive with virtually nothing, delivery kits provide a lifeline.

A donation of only $25 can provide one woman in a humanitarian setting such as the Rohingya refugee crisis with a dignity kit that provides hygiene essentials for six months, ensuring that she is able to maintain her dignity, health, and security in emergency situations.

UNFPA is also supporting health centers and mobile clinics in Bangladesh, and has provided health screenings for 60,000 new arrivals. In addition, UNFPA has provided antenatal care to around 12,000 pregnant women, postnatal care to 1,000 women, and assisted with the birth of around 300 babies in the camps. Maintaining safe pregnancies and childbirths remains a priority, and UNFPA is distributing thousands of clean delivery kits with essential supplies for safe birth and post-natal care. 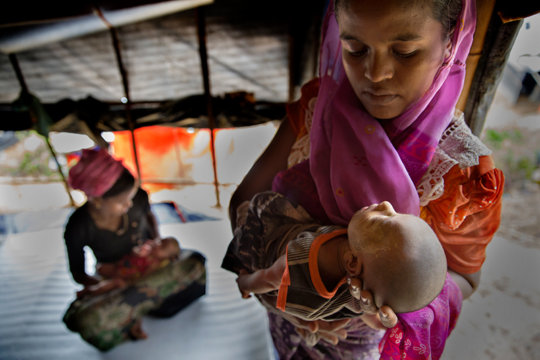 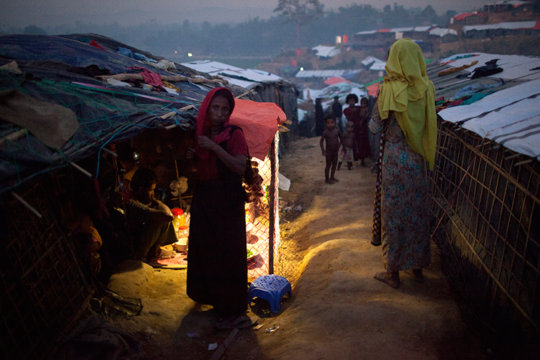 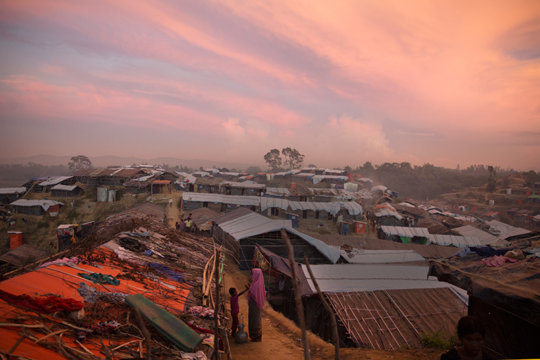 ‹ 1 ... 6 7 8 9 10 11 12 13 ... 21 ›
WARNING: Javascript is currently disabled or is not available in your browser. GlobalGiving makes extensive use of Javascript and will not function properly with Javascript disabled. Please enable Javascript and refresh this page.