In Enlaces we believe dancing is transformational.  Kids not only work on physical and creative techniques, they learn how to calibrate their own energy and emotions, in order to become leaders in performing arts and social change promoters.
As a part of this self-recognition process, every three months they have dancing exams to set standards and make them aware of their own artistic progress.  The examination is a two-fold process. First we test the execution of previously learned movement sequences and second each student has to create a movement sequence or dance based on established rules or themes.  The emphasis on creativity, improvisation and self-expression is a core part of the program.   Some of the aspects to be considered on the evaluation are technique, coordination, clarity of movement, memory, expressivity and creativity. In the first video we see two pair of kids doing an improvisational exercise where they have to mirror each other's movements.  On first instance one is the leader and then the roles are reversed.
In a couple of days, we'll also post a second video showing Jose performing his individual movement sequence, so please, check it to see this kid's talent in action.
Following examination days, Fundacion Calicanto calls on open auditions for new talent and as a way to create interaction with the community.
As a final note, we are very excited and proud because two boys of our program were selected to be part of a local television show that will air in September.  The show's purpose is to encourage children to reach their maximum artistic (dance) potential and develop their charisma.  This show is a great opportunity that will expose them to experiences that otherwise will not be accessible to them. It will help them to grow both personally and artistically, and contribute to their development as positive and influential leaders in their community. 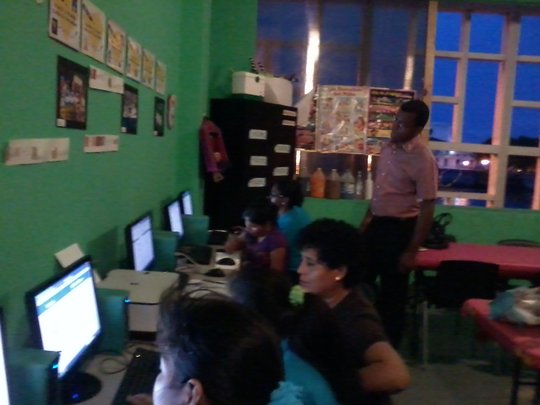 Fundacion Calicanto celebrates the women who graduated from the second computer club this year!

After 12 weeks of hard work, the girls learned everything from basic computer use to internet search options.  We celebrated this accomplishment on June 18th with small snacks and a graduation ceremony where we presented them with Certificates of Accomplishments.

Before the celebration, the girls had to show their classmates what they had learned, the test: opening their own e-mail and Facebook accounts. They were successful!

The girls were very emotional; some even mentioned that they had never received a certificate before.

Congratulations girls, on to the next challenge! 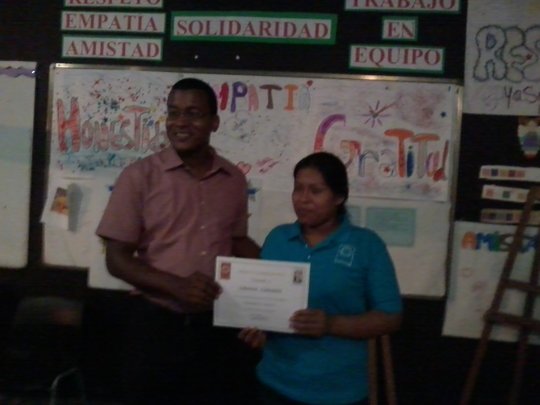 A Very Busy Week in the Battle For Casco Viejo

It was a week of marches in the street, implementing new tools, late nights monitoring the UNESCO Committee meetings and races for airtime, culminating in a new phase in the battle to protect Casco Viejo.

On a rainy Sunday (June 24) Orgullo: Panama Pro Patrimonio Historico, the alliance of civic organizations opposing the Cinta Costera III of which Fundacion Calicanto is part, joined with enviornmentalists in a peaceful march to protest two developments that threaten Panama City's coast: the repeal of laws protecting mangroves and the Cinta Costera. The march closed part of Avenida Balboa for two hours and drew over 500 people and all of the mainstream media, despite the pouring rain.

Orgullo joined the march to raise awareness about the threat to Casco leading up to the 36th Session of the World Heritage Committee meetings in St. Petersburg, Russia, where UNESCO would review the latest state of conservation reports and decide whether to put Casco on the world heritage in danger list. We had heard before the meetings that the Government of Panama had been lobbying other member states hard in advance of the meeting and the the discussion about Panama was expected to be particularly contentious.

As the meeting turned to the case of Casco Viejo, two things became very clear: the Panamanian government has no compunctions about lying outright on the world stage (irrespective of the embarrassment to the country) and they had managed to lobby at least three and possibly four other member states to support. It was painful to watch a delegation of the four highest Panamanian dignitaries in charge of protecting heritage question the integrity of UNESCO's technical advisors lie when asked whether the Cinta Costera project had started (in the face of photographic evidence to the contrary) and then go on to claim that in their opinion Casco Viejo does not have a historical link to the sea.

It seemed clear from the language of many of the Committee members that they knew our delegation was lying, but UNESCO's procedural rules depend on information provided by the member states and that of UNESCO's observers, which Panama has cleverly refused to allow into the country since work on the Cinta Costera started.  The debate lasted late in St. Petersburg, requiring the meeting to be extended and then finally recessed to be picked up the next morning. Orgullo immediately issue an international press release (attached) correcting the Panamanian delegation's mis-statements and omissions, as well as pointing out that allowing them to get away with it set a dangerous precedent and erodes the integrity of the entire World Heritage protection process.

Panama's strategy, combined with the lobbying efforts of Mexico, Russia and Colombia, introduced enough confusion into the process that the Committee could not agree on putting Casco on the list of endangered sites. Going in we thought this was the most likely outcome, but we had mixed emotions about it. On one hand it would have drawn international attention to the threat of the Cinta, but on the other it would have been a stigma that could have been hard to erase. What finally happened was that, over protests, the Committee did agree to require that Panama show that the Cinta will not have a negative impact on the Casco's "universal values" before proceeding, which we believe will be very hard to do.  In retrospect this is probably the best result we could have asked for.

You can imagine our surprise then, when we woke the next morning to the President and the delegation claiming in the media that UNESCO had given the "green light" to the project!  The government immediately released commercials to promote the project.  This triggered a race to the airwaves, with spokespeople from various organizations on radio, television and social media denouncing the government's mis-infomation campaign.

Our job is now cut out for us very clearly.  The government is going to try to move the project forward quickly, doing the most superficial study possible. Their strategy will be to get it so far advanced by the next UNESCO meeting in 2013 that UNESCO will be forced to either accept it as is or to just strike Casco from the list, either of which results is acceptable to the current administration.

Accordingly, this is now largely a fight for popular opinion. The administration's approval ratings are low and it has recently become clear that they have grossly overspent their budgets, so unnecessary projects are now in the public eye, especially those that are seen to be backed by special interests.  The Cinta Costera III is of course the most unnecessary of all projects, and one that we believe a well informed public will not support.

We currently have a quickly growing Facebook page with 30,000 fans--the largest for any cause that we know of. Orgullo's leadership is widely followed in social media and telegenic. And, importantly, when we have had to go to the streets, we have been able to pull good attendance. We launched a new website this week (www.orgullo.com.pa), with a sophisticated supporter management system behind it.  So using those means and your support we will continue to grow the base.

Financial support is always an issue, but we have been heartened by the generosity of people concerned by the cause. We are receiving donations through the GlobalGiving channel for international donors and directly for Panamanian donors.

Thank you again for your support of Casco Viejo. Please continue to help us defend her, because she cannot defend herself. 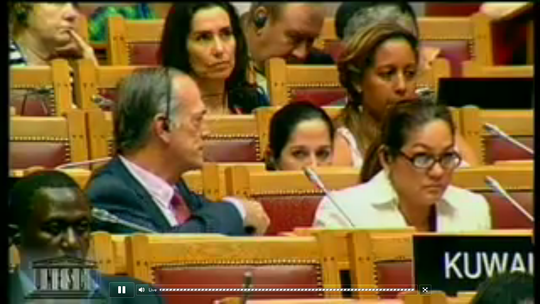 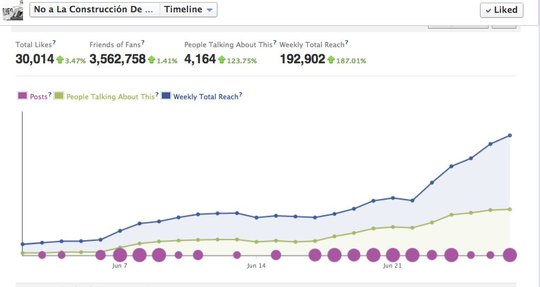 Attachments:
‹ 1 ... 35 36 37 38 39 40 41 42 ... 45 ›
WARNING: Javascript is currently disabled or is not available in your browser. GlobalGiving makes extensive use of Javascript and will not function properly with Javascript disabled. Please enable Javascript and refresh this page.