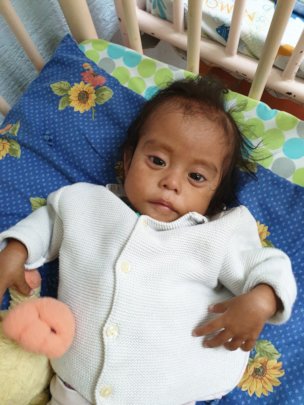 Most Casa Jackson patients stay for around 2 months while they recover from life-threatening malnutrition. Once in a while, however, a patient stays with us for a much longer period. This year, for almost 8 months, we looked after beautiful Berlyn.

Berlyn arrived at Casa Jackson after she was abandoned by her parents. There is an age difference of 38 years between Berlyn’s mother and father. Berlyn’s mother is known to suffer from epilepsy.

In February 2020 she was taken to the Hospital in Malacatán, San Marcos with pneumonia by her father. While Berlyn was in hospital her mother did not visit her. After she had recovered from pneumonia, Berlyn’s father was informed that he could take her home from the hospital. He told the nurses that he needed to go and get something first and then left and never returned. At the beginning of March 2020 Berlyn was brought to Casa Jackson by Guatemalan Social Services weighing just 11 lbs 3 oz. (5.07 kg) and severely malnourished.

At first, Berlyn was quiet and reserved at Casa Jackson. The hair on the back of her head did not grow as a result of lying on her back all day and it took time for her to try and move or roll over. She also took some time to get to know the nurses, staff, volunteers and other babies. After a few weeks, however, Berlyn began to come out of her shell and show off her personality. She particularly loved to listen to music and began to show off her own dance moves, waving her arms and shaking her hips. Berlyn’s lively personality and dance moves quickly made her a staff favorite.

Berlyn also learned many new things at Casa Jackson. She began to say one or two words and started to walk with support from an adult or in the stroller. With her hair growing back she learnt to use a comb and she picked up some new dance moves from some of the mothers in Casa Jackson. She began to be more independent and would explore Casa Jackson herself. She would play with her friends and could often be heard laughing and giggling.

After staying at Casa Jackson for almost 8 months Berlyn was finally found a home with a relative who agreed to look after her. She had had a wonderful time at Casa Jackson and had made incredible improvements but it was time for her to go home. She made the long journey back to San Marcos to start her new life with her new family. 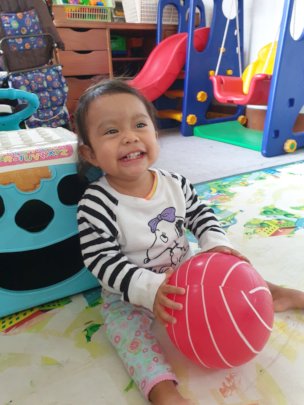 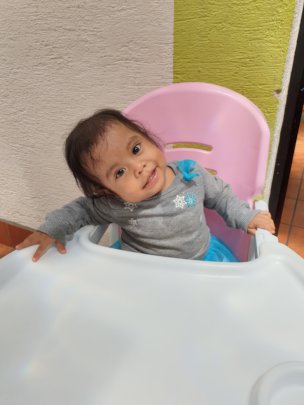 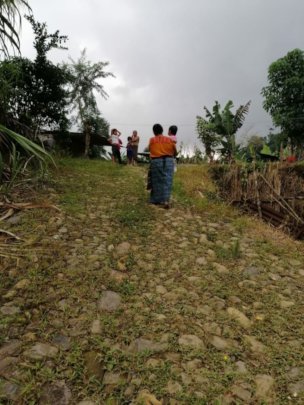 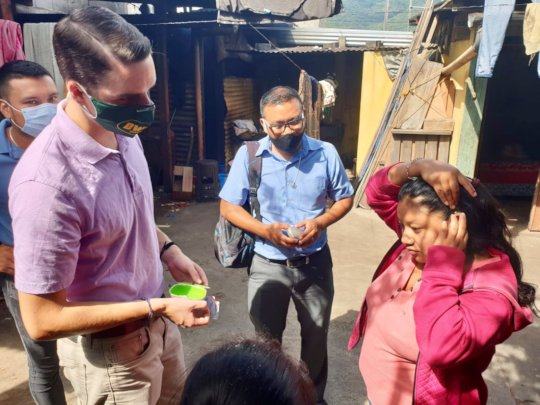 At the GOD’S CHILD Project, a primary way we combat slavery and human trafficking is by preventing it. Prevention comes in many forms: education, housing, home visits, food distribution, and healthcare to name a few.

When a child can receive an education, he/she is in a classroom with other students instead of potentially out in the streets alone selling candy to adult strangers. When a new home is built, a child may go from a house with three walls and no lock on the door to a four-walled, secure place to do homework and sleep. Our social workers regularly visit the homes of children in our programs to make sure everything is alright and they are not in the way of danger. We talk to the parents and the kids about their every day life and what they do to keep busy. If we find out a little boy or girl is out in the streets unsupervised, selling items or shining shoes, we take it upon ourselves to talk sternly with the parents about the dangers of such things. Our weekly distribution of vegetables, fruit, and grains ensures there will be food in the house for the families to eat, and that the children won’t have to be exposed in the streets begging or selling items to buy their next meal.

Providing accessibility to health care, clinics, and medicine is another way we try to take our children out of harm’s way. Children with disabilities, impairments, and chronic conditions can be very vulnerable to becoming a victim of modern-day slavery or human trafficking.

Dina is a bright, young 11-year-old girl who suffers from epilepsy. On any given day, Dina suffers through several seizures and convulsions in her house and out in public. These episodes are debilitating for her and cause her to completely lose her sense of awareness. Sometimes they last for several minutes. Even worse, her family does not have the money to afford the medication to treat her condition. Imagine if one day Dina’s mother asked her to pick something up at the little store down the street, and on the way there she has a seizure. A stranger stops to see if she is okay, but actually has ulterior motives of selling her to human traffickers.

Dora is an 18-year-old girl who attends our Scheel Center school. She fell behind in her education due to a hearing impairment she was born with that her family did not discover until she was three years old. For much of her early life she went without hearing aids because her family could not afford the ear pieces or batteries. Dora’s hearing condition leaves her exposed to the risk of falling into the hands of the wrong people on the street.

Thanks to the GOD’S CHILD Project, both Dina and Dora now have the support that they desperately needed. We make sure Dina has the medicine to treat her epilepsy and that Dora has batteries for her hearing aids. In this way, we are protecting the sanctity of their lives and giving them the hope for a brighter future. 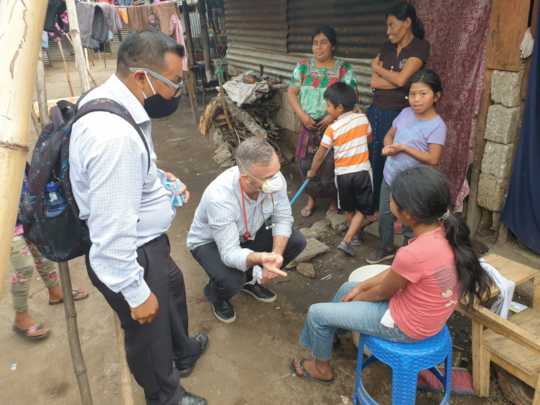 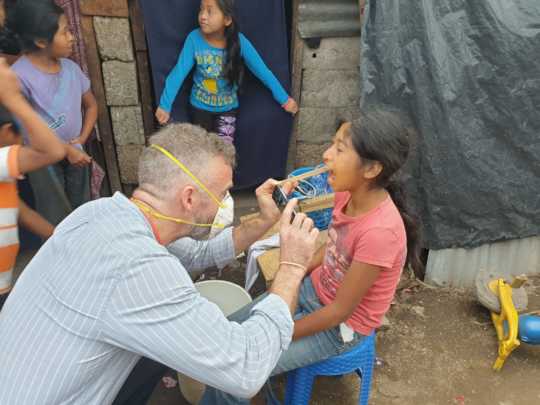 An Education after Recovering from Malnutrition 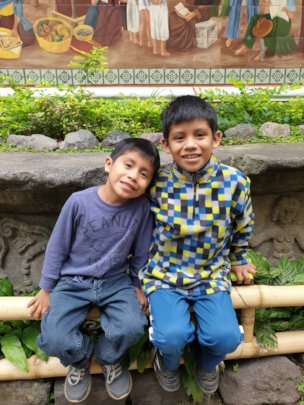 In November 2019, 6-year-old Jesus and his older brother Angel, 7, entered in to our Casa Jackson Hospital for Malnourished Children weighing 30 lbs. (13 kg) and 42 lbs. (19 kg) respectively. This was Jesus’s second time in Casa Jackson, and the first for Angel. They were both severely malnourished and at serious risk of long-term health problems. Their mother, Leidy, was doing her best to take care of them but did not have enough money to be able to buy the food the children desperately needed to survive.

In January 2020, having successfully recovered from malnutrition, the two boys enrolled in our Dreamer Center School. Jesus was in our preschool class and Angel in first grade. The two boys were extremely excited to be able to begin their education, within eyeshot of the place where they had their lives saved from malnutrition.

As of November 2019, Leidy has been a part of the Mother’s Club in the Project, and receives vegetables each week to help feed her children. The boys also receive two meals and a snack as part of their school day. This ensures that they are no longer at risk of malnutrition and can focus on learning, rather than on where their next meal is coming from.

Unfortunately, due to the COVID-19 pandemic, our two Schools are currently closed due to Governmental decree, but Angel and Jesus, like the other children in our schools, are receiving workbooks which they can do at home to make sure they do not fall behind. Jesus and Angel live with their mother, who is also a former student of ours, in Jocotenango, not too far from the school. Their house is made of sheet metal with an earth floor. Leidy makes tortillas and earns between Q30 and Q50 ($3-$6) a day.

Jesus loves to play, especially with footballs. He also loves drawing and painting. Jesus likes to play with his big brother who he looks up to. When he grows up, Jesus would like to be a fireman because firemen are 'buenísimo!' (great!). This year in school Jesus wants to try really hard to listen to his teacher when she is talking.

Angel loves to play, especially games where he can run around. He says that he has 'lots' of toys at his house to play with. Angel likes to play with his little brother who he takes care of when it is playtime. His favourite time in school is playtime and his goal this year is to be able to work as well as his classmates. When he grows up, Angel would like to be a police officer so that he can capture robbers.

Leidy tells us that the two boys are extremely impatient for school to start again so they can come back and see their teachers and friends. We want to keep providing them with the opportunity for a better future though education. 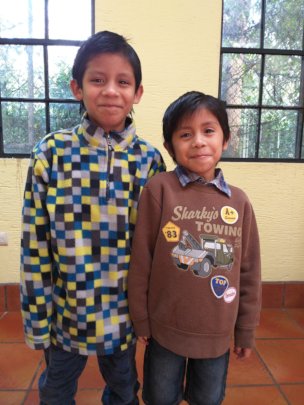 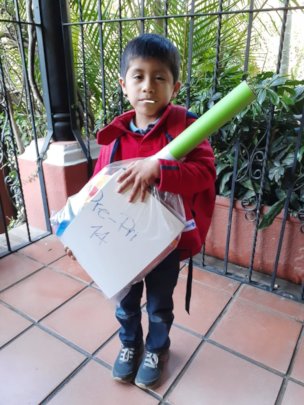 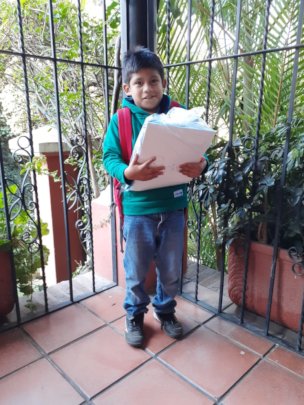 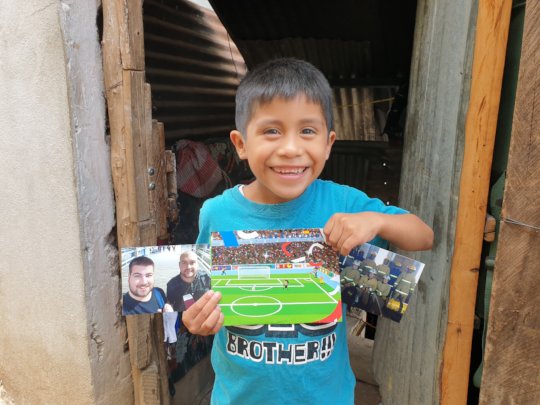 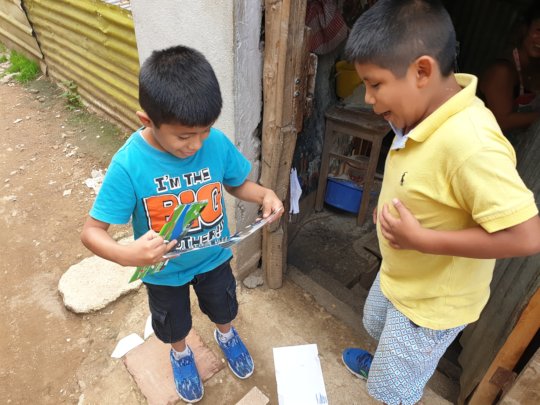 ‹ 1 2 3 4 5 6 7 8 9 ... 74 ›
WARNING: Javascript is currently disabled or is not available in your browser. GlobalGiving makes extensive use of Javascript and will not function properly with Javascript disabled. Please enable Javascript and refresh this page.