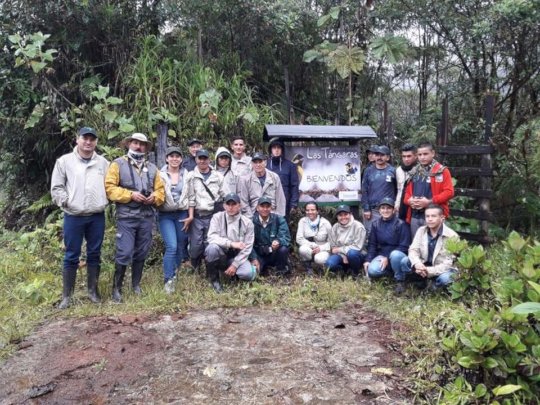 Thanks to the kind support of very generous friends like you, we have successfully completed our Adopt-a-Forest-Guard project campaign at this time!

We are happy to report that during the month of September, we hosted an annual meeting of the forest guards in which they were trained in basic concepts of protected area management. In addition, they worked together to develop annual plans for field activities to ensure the protection of the endangered species at their reserve sites.

Without a doubt, the most impactful part of the meeting for them was encountering friends from locations around the country, representing areas from the Amazon (El Jaguar Reserve) and the Chocó (Las Tángaras Reserve) to the Caribbean (El Dorado Reserve) and the tropical Andes (Loros Andinos Reserve) – along with representatives from 23 other nature reserves of ProAves. They were able to share their personal experiences about working in conservation, which reaffirmed their love and commitment to protecting threatened wildlife and their habitats in Colombia, the country with the most bird species in the world.

As our forest guard Venancio said during the meeting, “Here, all parts of Colombia are gathered and united – and we are proud to be contributing to the conservation of the planet through ProAves!”

On behalf of the forest guards and all of us at ProAves, we remain ever grateful to you for helping us to protect Colombia’s endangered wildlife and natural landscapes. Thank you! 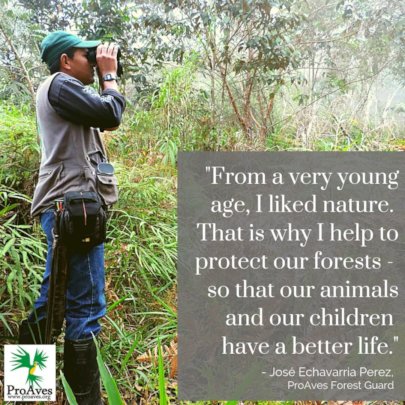 With great thanks to your generous support this year, the forest guards of ProAves have been working diligently to protect Colombia’s endangered birdlife while safeguarding more than 150,000 acres of tropical habitat at our 28 nature reserves.

One of these reserves, Arrierito Antioqueño, was established in 2006 to save a critically endangered robin-sized bird called the Chestnut-capped Piha (Lipaugus weberi). Discovered just 20 years ago with a very limited range on the northern slope of Colombia’s Central Andes, this bird species’ dark gray plumage, chestnut-brown crown, and yellow orbital ring set it apart from other pihas.

Tragically, fewer than 250 mature individuals of the Chestnut-capped Piha survive today, as the species suffers from extensive habitat destruction and fragmentation. In particular, gold mining and cattle ranching have destroyed much of the Central Andes and only an estimated 4% of the area’s original forest cover remains.

To save this rare bird from extinction, ProAves established Arrierito Antioqueño Bird Nature Reserve in 2006 by purchasing and preserving 1,310 acres of prime habitat for the species. This important reserve is also a sanctuary for other threatened wildlife, including the Multicolored Tanager, Black-and-gold Tanager, Black Tinamou, Red-bellied Grackle, and nearly a dozen rare frog species. Furthermore, the Cerulean Warbler, a rapidly declining migratory songbird that nests in North America, is known to visit this reserve during its non-breeding season.

With great help from friends like you, ProAves’ forest guards are able to maintain protection of nature reserves like Arrierito Antioqueño and ensure a future for the area’s endangered wildlife by conserving vital forest habitat, managing tree nurseries, and replanting native tree species. Additionally, a monitoring program was conducted for migratory birds, and both the Cerulean Warbler and Golden-winged Warbler were recorded at the reserve this year. What’s more, I am delighted to report a recent sighting of approximately 500 Mississippi Kites that flew over the reserve just four days ago.

Thank you again for your generous support that makes victories such as this possible!

With great appreciation from all of us at ProAves, 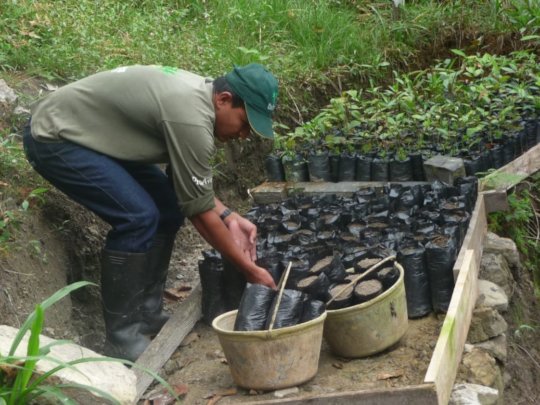 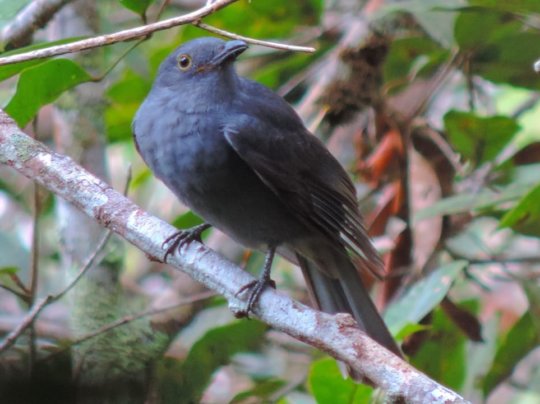 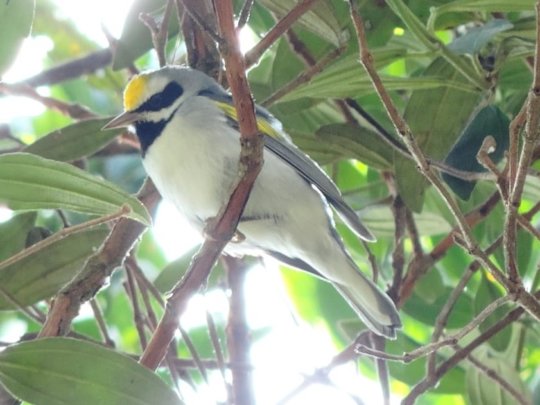 Golden-winged Warbler sighted at the reserve 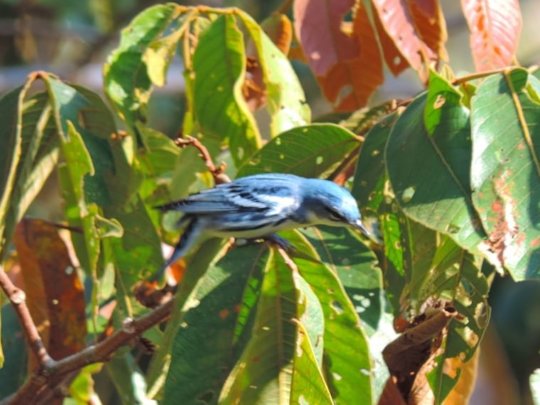 Cerulean Warbler sighted at the reserve 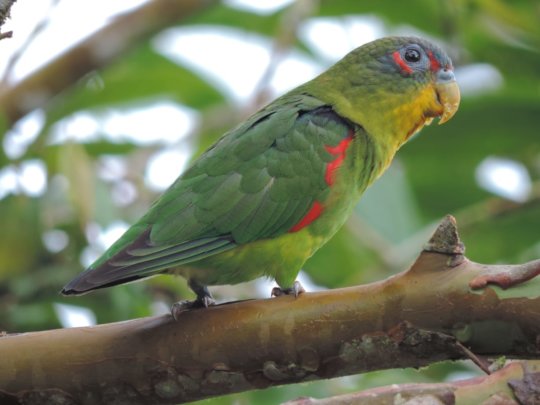 Saving the Yellow-eared Parrot from Extinction 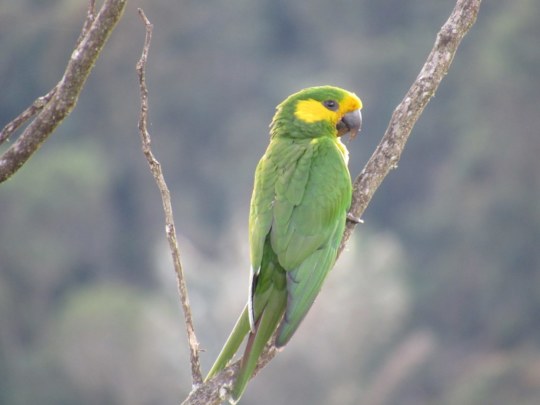 For many decades, the spectacular Yellow-eared Parrot was believed to be extinct until it was surprisingly rediscovered in 1999. That same year, a group of researchers counted the parrot's remaining population at just 81 individuals with a range limited to Colombia’s Cordillera Central. As a result, the parrot was categorized as Critically Endangered by the IUCN.

The decimation of the Yellow-eared Parrot's population was due primarily to habitat loss, particularly the deforestation of the Quindio Wax Palm - a tree species on which the parrot depends for feeding and reproduction.

Fortunately, quick conservation action led Fundación ProAves to purchase and preserve key parcels of the parrots’ remaining habitat over the past two decades while our forest guards set to work restoring habitat and replanting the Quindio Wax Palm. Simultaneously, we launched a national publicity campaign in 2002 that continues to this day, educating Colombians about the importance of protecting this wax palm, which was being overharvested for use in religious rituals associated with Palm Sunday.

One of the world’s tallest palm trees, the Quindio Wax Palm can grow up to 200 feet tall and is the national tree of Colombia. It is uniquely important to Yellow-eared Parrots, who rely on hollow cavities in the trees to nest, incubate eggs, and raise their young. Unfortunately, it can take years for the replanted trees to grow and naturally produce these holes. To overcome this challenge, our forest guards began constructing and installing wooden nest boxes that emulate the trees' cavities.

During last month’s monitoring activities, our forest guard Carlos Mario was thrilled to report that he counted eight new Yellow-eared Parrot chicks occupying artificial nest boxes and tree cavities. You can join his excitement and witness his discovery by watching the video here.

With continuous achievements like this during the past 20 years, the multi-faceted conservation approach of ProAves has resulted in a resounding success for the Yellow-eared Parrot, whose population has risen from the 81 individuals identified back in 1999 to more than 2,000 individuals today. As the parrots’ population grows, so too does its range, which has extended now to all three cordilleras of Colombia. This miraculous improvement has enabled the IUCN to downgrade the parrot's threat status from Critically Endangered to Endangered, representing one of the greatest species recovery efforts in the Americas.

Donations from our supporters enable the dedicated work of our forest guards so they can achieve these types of victories for conservation. At our 27 nature reserves throughout Colombia, our forest guards protect more than 150,000 acres of tropical habitats and manage species recovery programs to save endangered wildlife like the Yellow-eared Parrot.

Thank you for being a conservation hero and making our work possible. We couldn’t do it without you!

With all of our gratitude, 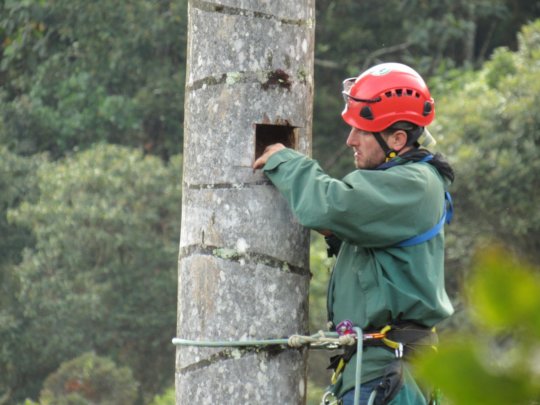 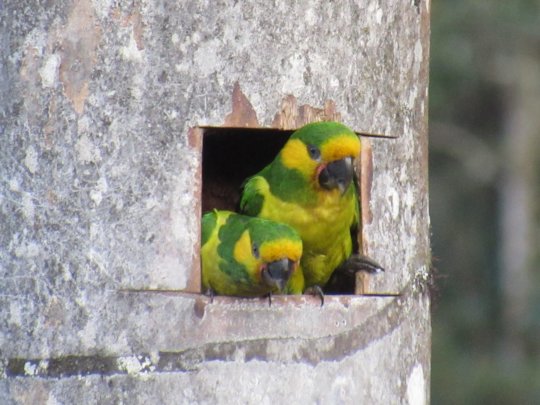 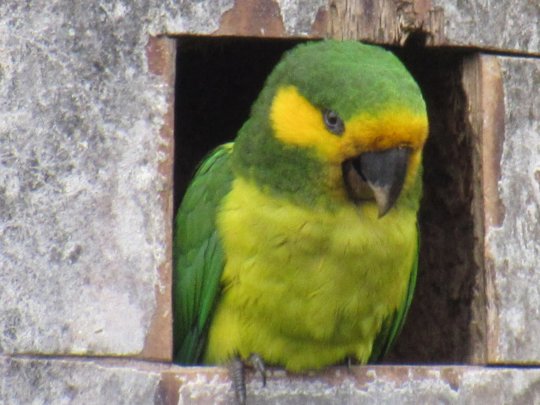 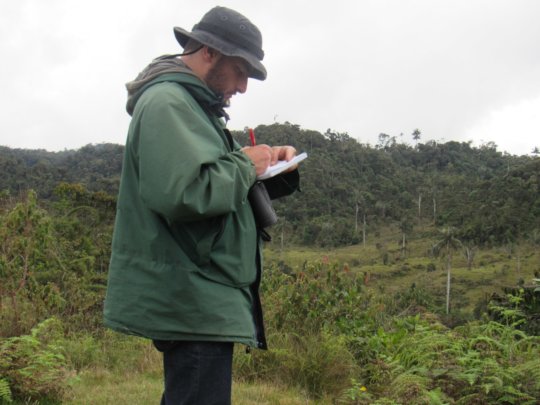 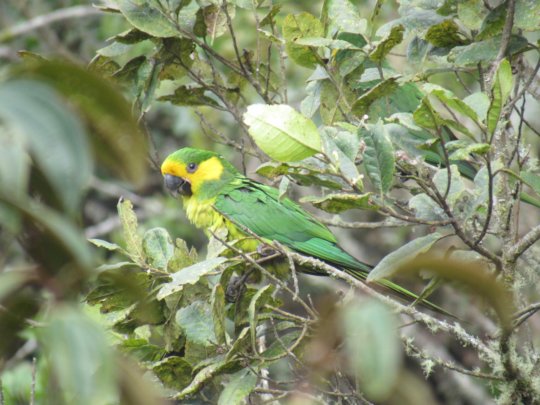