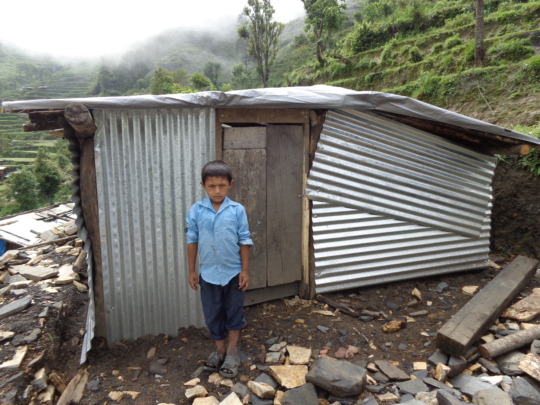 A temporary shelter in Hagam, Sindhupalchok

Two years ago today disaster hit Nepal. Two of the regions that PHASE Nepal works closely with were among those most affected by the earthquake: Gorkha - the epicentre, and Sindhupalchok. Sajjan, a PHASE staff member who grew up in Hagam, Sindhupalchok and still works in the region remembers: “Most households were changed by PHASE Nepal, but the earthquake brought everything back to the beginning.”

In the last two years PHASE has accomplished so much. Within hours of the earthquake, PHASE Nepal teams were providing emergency aid and care to those injured. After the first few days of emergency response PHASE led teams to the villages and delivered aid based on the needs of each village. Sunita a PHASE Project Manager recalls: “there was a shortage of metal sheets needed to construct temporary shelters and we used to queue for them, it was very hard, then we figured how to get sheets from India. We had trouble arranging transportation. All the helicopters were engaged. We would go to the airport very early and queue to be able to send materials to the villages.” Despite all these difficulties, PHASE Nepal was able to provide 13,000 families with direct emergency relief.

Bikash started working at PHASE Nepal as an Assistant Education Trainer in 2013. We asked him a few questions about his experience of the earthquake and what has changed in the last two years.

At the time of the earthquake, he recalls: “My own house was broken but I felt that I should come to the office. I came and saw that the entire operation had moved out to a tent. I stayed two hours and then went to my home village to see family. On the fourth day after the earthquake, PHASE started buying materials and setting out to help. If there was no PHASE Nepal, I would have dwelled on my own emotions but because PHASE exists my emotions were focused on being able to help. I would come to office at 7 am, and then go to a village to distribute emergency relief and not be back until to 1 am.”

It has been 2 years since the earthquake, what has changed in your life?

“After the earthquake there were tremors, and my family slept for at least two months in a tent in the field.” Our house was damaged, but PHASE provided a hardship allowance and by the first anniversary of the earthquake we had mended our house and slowly life has begun to return to normal.”

Since the earthquake, Bikash has celebrated three big family events: his two sisters have gotten married, and he and his wife have welcomed a new baby. At work, Bikash says the earthquake was an opportunity to challenge himself, step out of his comfort zone and show what he was capable of. “Prior to the earthquake I was working on one project and I am currently working on over twelve,” Bikash says. After the earthquake, he became project coordinator and most recently in February 2017, he was promoted to project manager.

What has changed at PHASE since the earthquake?

“PHASE’s goal is to provide integrated development through health, education and livelihood. Disaster relief after the earthquake was a new experience, but I think we were very successful.  Many people who supported PHASE during the earthquake became interested in what we do; many new donors and organisations have connected with PHASE and continue to support us and that is why projects have expanded and we are working in many more villages.”

PHASE Nepal’s central office has returned to relative normalcy even if the pace and extent of activities has increased. Many of the projects PHASE is managing today are related to earthquake recovery. Here are a few of the activities that PHASE Nepal has accomplished and is continuing to work towards two years on from the earthquake:

All of this has been possible by generous donations from our supporters. PHASE Nepal continues to rely on donations to help fund our sustainable Health, Education, and Livelihood projects and earthquake recovery efforts. On the occasion of the second anniversary of the earthquake all donations to PHASE Nepal made today will be doubled by Global Giving – please support us if you can. 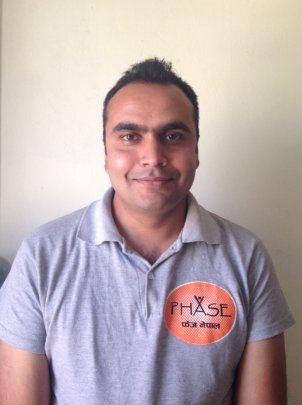 In 2016 PHASE conducted a series of Teacher Training and School Mentorship program in 11 schools in Kolti Village Development Committee (VDC). 58 teachers were trained and 18 outstanding teachers were provided additional training for mentoring their fellow teachers in the schools. The aim of the program is to improve access to and quality of education. PHASE also initiated follow up program of creating model classrooms and also supported in the capacity building of School Management Committee (SMC) for effective school governance. The SMC were trained and oriented as part of their awareness raising and capacity building. One of the core aims of the project was to empower two important bodies of school governance for the betterment of the school, the School Management Committee (SMC) and the Parents Teacher Association (PTA). Through this project, PHASE Nepal helped to organize regular meetings of the PTA and SMC in the schools with the expressed goal of making parents and school officials more aware of their specific roles and responsibilities in the overall management of the school including the quality of instruction. A total of 85 PTA and SMC members from 12 schools of Kolti village received the first orientation and training session from PHASE. As a direct consequence of their participation in these trainings PTA and SMC members become more aware of the powerful and positive role they can play in school management and governance.

Before participating in this training, the chairpersons of the school management committees in Kolti, would hardly dare to question school directives that came from the principals as the principals are considered educated and having a higher social status than other community members. After the training, however, these same SMC and PTA members realized their roles and responsibilities in improving the quality of education in the school through their active participation and input in decision making. The PTA and SMC members in the schools we worked with, now appreciate the legal authority and moral responsibility they have with respect to the effective management of the schools. Raju Devkota, SMC member of Chandranath Lower Secondary School said “I felt that school management committee should be more serious about improving the schools, not just relying on the principal to do everything.” These SMCs and PTA will receive a follow up orientation and additional training sessions during the duration of the project period. They were thankful for the continued support PHASE Nepal has been providing to schools to improve the quality of education.

Toilets are used even by poor people 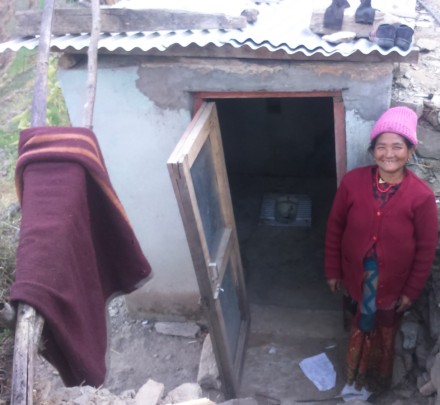 Joglal, a resident of Sipa village in ward-3 of Tauthali VDC belongs to a poor family. His father's profession was to play Shehnai in the village and with the passage of time he learnt the art of playing shehnai from his father.  It was the only source of income with which he fed his family but with great difficulty. Leave alone going to school,  Joglal was at times unable to buy shoes which he needed as he would roam around village playing shehnai. When hand to mouth survival is a challenge, people worry about it only ignoring or paying little attention to other things like cleanliness sanitation and education.

Joglal says "Since childhood I defecated in the open. I was used to it. We in the village thought toilets are used by rich and well-off people. Poor people do not have the means to construct toilets in their home nor are they supposed to use it. I would defecate in the open and would do it in different places. Even if people would see me, I would ignore as I was used to it.  With the passage of time, the population in the village increased and with it the rate of open defecation in the village. As a result the village started becoming filthy. There would be bad odor around. Slowly and gradually we realized and learnt that toilet is used not only by rich and well-off people but by people from all walks of life use it to maintain cleanliness, hygiene and health. With this realization the need for using toilet for defecation was felt by all in the village. The local government also planned to declare the district as open defecation free. The toilets were constructed and we started using toilets".

But the earthquake in April 2015, destroyed everything including our houses and toilets. People again started defecating in the open. When PHASE Nepal came to our village, all the villagers requested the organization to support in the construction of toilet. We were living in temporary shelter and open defecation was making the environment around filthy. PHASE heeded our request and provided us CGI sheets, cement, toilet pan and rod for the construction of toilet. The contribution of the villagers was labour work.  After toilet construction the village has become clean once again. We are thankful to PHASE Nepal for their support, informed Joglal.

‹ 1 ... 10 11 12 13 14 15 16 17 ... 29 ›
WARNING: Javascript is currently disabled or is not available in your browser. GlobalGiving makes extensive use of Javascript and will not function properly with Javascript disabled. Please enable Javascript and refresh this page.