By Danielle Huffaker - Board Member 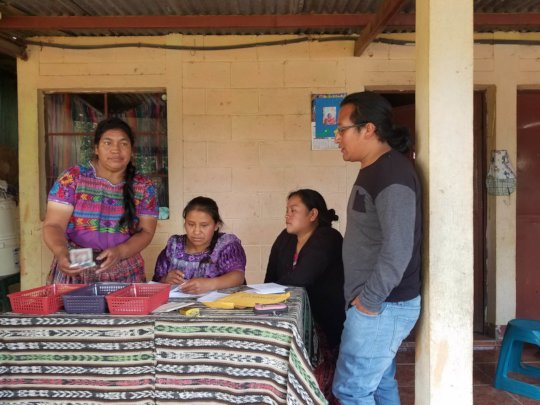 The most exciting news of the trip is that former local program Coordinator Wilfred Sotz has been promoted to Program Director, taking the mantle from Andrew. The promotion is an acknowledgement of Wilfred’s constant commitment to the program and the leadership he has demonstrated in helping to grow it from a handful of disconnected groups to where it is now, with 18 groups benefiting more than 270 women and their families. Adelina Tubac has also begun training to become an official Community Finance Advisor, a promotion from her current position as Community Finance Promoter. We are excited to see how these two local heroes take on their new responsibilities!

Women Weavers of a Savings Group in Tonajuyú

We visited a new group in Tonajuyú, a remote community with no access to running water. The ten women are part of a larger cooperative of fifty women weavers. We hope others will see their success and decide to join! The group has a particularly fun vibe to it, the women joke around and laugh a lot, and many commented on the social and emotional benefits of getting together for regular meetings, above and beyond the financial benefits.

The day I visited was the 4th anniversary of the weaving group and they had me on stage dancing merengue and wacking a piñata (not at the same time, however).

You can meet a few of the women of the group and read their testimonies on what it’s been like to be a part of a savings group in the attached document. 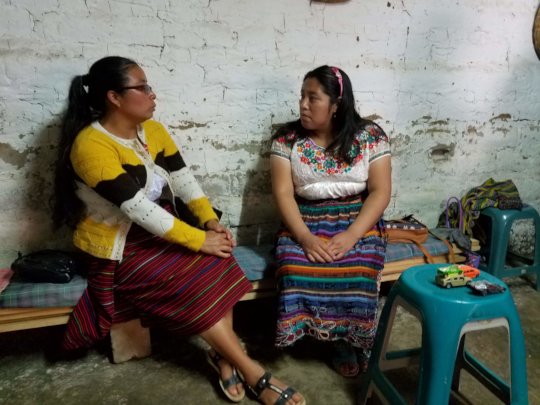 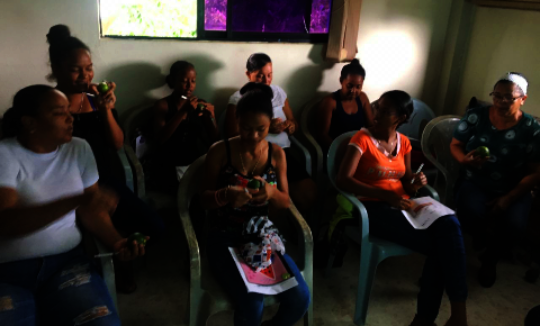 In March 2019 a new group of women arrived at our office, ready to become trained as Community Health Leaders. Now that the course has wrapped up and all 9 students have successfully passed their final exam, we're looking back at what set this group apart.

From the first day, these women demonstrated their determination to learn, and they began forming a bond of friendship and fellowship, despite being from different communities.

The group highly valued responsibility, whether it was in regular attendance, punctuality, or completing the work with which they were entrusted.

Despite their ages and low academic levels, these women understood and “got” more than was expected of them. It was beautiful to see how day after day, lesson after lesson, they heard new information and discussed how their experiences related.

What impacted me most happened during the lesson on mental health. Most of the women thought the term “mental health” was only related to “crazy” people [sadly a common stereotype in our area]. But as we elaborated the topic in detail, the women began sharing their own personal experiences from daily life as examples of what they were learning.

One woman in particular, Blanca, realized during this lesson that she has been living with depression, but didn’t know that is was a mental health issue. I saw her, in tears, able to express herself and share the challenges she faced with her spouse and children. But a couple weeks later I visited Blanca at home to share more information with her, and I was so happy to hear her tell me that her family was different now, thanks to what she had learned in class. Blanca said was able to change her way of living, but more important than anything she was able to recognize that she had a problem to begin with, and is now learning how to manage it.

Update on the Watha Project

By Daryl Caggiano - Board Member 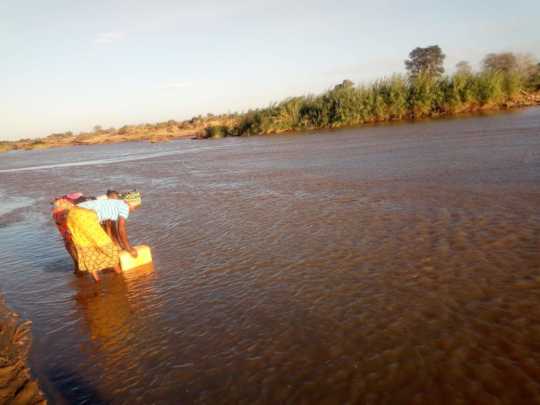 Guyo, leader of the Watha Project in Kenya, recently gave a progress report on digging for wells in the villages. Here is what he said:

“The water surveyor visited the site and spotted where the drilling needs to take place. As earlier agreed upon we shall start with one village with one well pump. We chose Garsemuke/Bombi village for starters and plan to move to other villages when funds become available.”

Guyo also decided on the company who will dig the well, the well’s location, and how community members will help with the project. Here’s what he wrote about the location and the role that community members will play: “Bombi shopping center is just within the village and the majority of the people around are Watha. We had agreed earlier with the local community that they will contribute by providing local materials that are available, e.g. sand and ballast, and they will assist by mobilizing and ferrying these materials to the site. This is one way they will own the project.”

GRACE Cares is proud of Guyo’s work so far and we look forward to sending you future updates as developments occur. 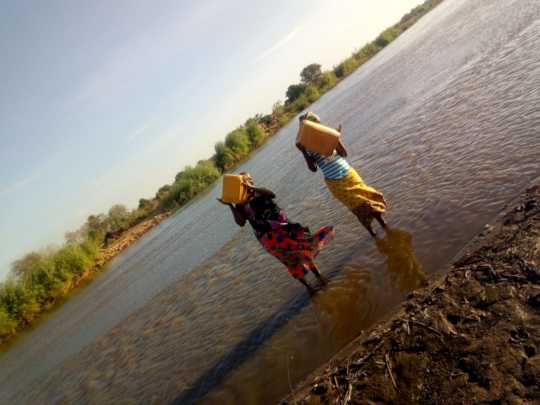