Teens lead the conversation for peace 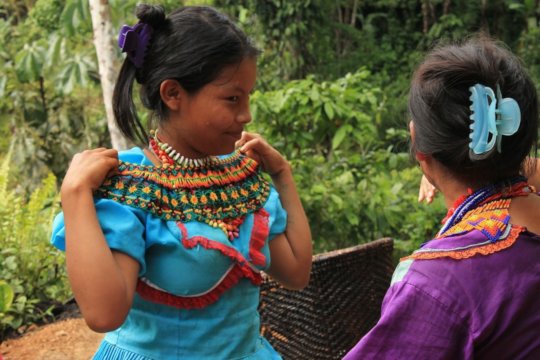 Recently, MADRE reported on our partner’s, Taller de Vida (TdV), participation in the Colombian Truth Commission. We know that girls can be leaders in their communities. So we’re grateful to have partners who recognize their potential. TdV involves youth in the process of building peace in their communities, with the #fightforpeace being advanced by Afro and Indigenous girl leaders in Colombia from the communities most affected by the war.


This fall, Mónica and Laura, teen leaders from Taller de Vida, represented their communities at the Truth Commission hearing, bringing for the first time the voices of their people: Indigenous and Afro-descendant communities hit hardest by many years of war, violence and displacement. Thanks to Taller de Vida — and you — Mónica and Laura have a chance to call for change — and lasting peace — through restorative justice.

Sixteen years old and a fierce advocate for justice, Mónica belongs to the Gito Dokabú Indigenous community and is in the 11th grade studying to become a systems technician. She’s a young Indigenous Embera Katio girl who loves to dance, sing and share stories.

Mónica believes that her voice should be heard by the Truth Commission so she can organize, provide vital information to her community to improve living conditions and overcome the conflict and displacement her community has faced for years.

Your support fuels Mónica’s leadership. In her community she’s part of an Indigenous council and a leader among her classmates at school.  “I have participated as a young social researcher (activist) with Taller de Vida,” she says, “and I have empowered myself from my community.” Mónica’s future as a leader looks bright!

Fifteen year-old Afro-Colombian Laura attends the 10th grade and likes traditional dance, singing and music. She also wants to bring about true peace to her community.

Laura participates in the Truth Commission to expose the reality of the devastating situation her community has experienced for years. She wants everyone to know “what we experienced as a community and what we want for our community now.”

Your support amplifies Laura’s learning. Ever since she was a child, Laura liked to lead activities at school and in her town. You help this born leader continue on her growth trajectory. Learning about interculturality through Taller de Vida has sparked her desire to travel, share, continue to learn and have new experiences by meeting people across generations.

Laura knows the quest for peace isn’t over yet. And she’s going to keep advocating for it every day. We can’t wait to see what Laura will do!

MADRE is honored to partner with TdV to support girls like Mónica and Laura! Thanks to you, these young women are embracing their leadership roles and making their voices heard! 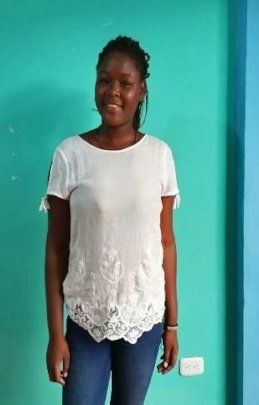 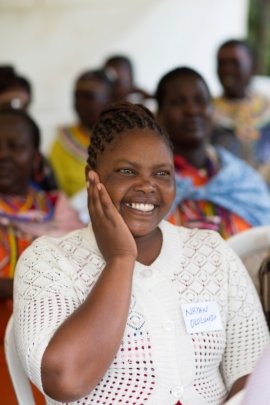 Naiyan, a member of MADRE’s partner organization, the Indigenous Information Network in Kenya, is the very definition of a woman climate defender. Your support allows her to raise awareness about climate change issues and facilitates exchanges with other Indigenous women’s groups. She also advocates for the inclusion of women in decision making on natural resource management in her community.

Indigenous Peoples, like Naiyan’s community, are on the frontlines of climate change in Kenya, where they face frequent, severe droughts that damage the crops that herds of animals depend on for survival. Women and girls are tasked with the heavy burden of securing water for their families. When trees are cut down, erosion can contaminate water sources, which forces them to travel even longer distances to find potable water. To make ends meet, parents are forced to pull their daughters out of school and marry them off in exchange for a dowry. Luckily for her rural community, Naiyan is doing everything she can to combat these issues.

Naiyan comes from a generation known for advocating for a political stance and grew up inspired by the role models around her. Her earliest inspiration comes from her mother, who created a safe space for rural women to come together to talk about the struggles they face due to climate change and find solutions. Naiyan understands the value of intergenerational leadership — so she includes young people in her work.

“We involve young women - the new generations - in our reforestation efforts because they are the ones to face climate change now and find solutions.” - Naiyan

Naiyan has seen first hand the challenges that the climate crisis brings to rural communities. When she was little, she would see women fetching water from up to 20 kilometers away because deforestation caused there to be a lack of rainfall and an overall drier environment. Over the years Naiyan has noticed that women suffer the most from climate crisis. Some of these women fetching water were pregnant, walking long distances in hot months putting unnecessary strain on their unborn babies. Not only does it put a strain on their unborn babies and themselves, but their children also become very sick when there is a lack of clean water.

Naiyan saw that her environment was changing right before her eyes and understood the root cause of the issue, climate change. This led to her dedication to defending communities against this global threat. And thanks to your support, she’s created lasting change.

Hadia and Amira's Path to Safety

Sisters-in-law Hadia* and Amira were displaced from their home for four years after ISIS took over their village. They ended up at a displacement camp -- often a dangerous place for women. While there, Hadia and Amira were both sexually assaulted.

After their village was liberated from ISIS control, they returned home. Soon after, Hadia’s husband (Amira’s brother) found out about the sexual assault and became furious. He beat them with a heavy electricity cable, claiming “death will clean the shame you brought to our family.”

Hadia and Amira fled to their neighbor’s home and thereafter approached the village leader. When they told the leader that they were innocent and had done nothing wrong, he turned to local police for help. The police, in turn, sought help from our partner, the Organization of Women’s Freedom in Iraq (OWFI).

Because Hadia’s brother and his cousins were searching for the women, OWFI staff met with Hadia and Amira in secret. Together OWFI, the village leader and police captain agreed that the women needed to leave the village for their safety. But men often hold onto identification documents for women in their family, and without identification, Amira and Hadia could not travel. Because of your support and that of others like you, OWFI was able to obtain temporary identification, allowing the women to relocate to a remote village where they could remain safely with a relative.

OWFI’s help left Hadia and Amira overwhelmed with gratitude. They said, “We were 15 minutes away from death. Every minute, every hour, and every day we live is because of you. Thanks for taking such a huge risk doing humanitarian work.”

OWFI’s actions also succeeded in opening the eyes of the village leader. He said, “You have changed my mind about human rights organizations. I thought they could only provide a little food and water and then leave, but you rescue people from death. I asked several organizations before you for help, but when I tell them I have a case of an honor killing they say, ‘We can’t deal with this case.’ You all are brave.”

Thank you for supporting our brave partner OWFI and their lifesaving work. We’re inspired by them every day, and we hope you are too!

‹ 1 2 3 4 5 6 7 8 9 ... 95 ›
WARNING: Javascript is currently disabled or is not available in your browser. GlobalGiving makes extensive use of Javascript and will not function properly with Javascript disabled. Please enable Javascript and refresh this page.