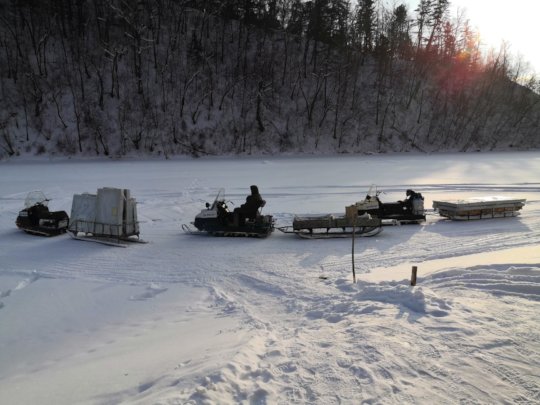 In the reported period we decided to use collected funds to support anti-poaching efforts of the law enforcement rangers protecting the Bikin National Park. Bikin NP is a specially protected natural territory, established in Pozharsky region of Primorsky Krai (Russian Federation) in 2015 in order to preserve the largest remaining old-growth mixed forest, restore the Amur tiger population and save life, culture and traditional nature management of indigenous peoples of the Far east (Udeghes, Nanai, Orochi, Evenk), who live in the Bikin River basin. The UNESCO World Heritage Committee declared the Bikin National Park a World Heritage Site on 2 July 2018.

According to the latest statistics, there are over 40 Amur tigers in Bikin, or 10 % of the world population. To help the park save these rare species we, together with our partners WCS, introduced SMART in Bikin in 2019. It is now our newest and by far the largest SMART site. During the project implementation, we aimed to firmly establish the SMART monitoring and adaptive management cycle at the park.

The territory of the Bikin National Park is huge (1.16 million hectares), and it requires much fuel for vehicles, snowmobiles and boats to patrol the protected area. The Bikin River that crosses the park from East to West facilitates travel by boat in its central parts, but there is no road infrastructure inside or around the park. As a result, patrol teams sometimes travel several days to reach remote parts and often do not return to the park’s office for more than two weeks in a row. It is known that in summer local people go to hunt illegally by boat on the Bikin River. In winter, poachers also use the Bikin River bed and enter the Park by snowmobiles. There are ranger stations on the Bikin River, and rangers are able to control movements by tourists and hunters there and check them.

One of our tasks was to provide the Park rangers with fuel so that they could conduct regular anti-poaching patrols, chase violators, and check trail cameras and replace discharged batteries. The Phoenix Fund provided the Bikin National Park with funds for fuel, and the Task Force Team could patrol the territory by off-road vehicles.

Previously, the Phoenix Fund purchased several trail cameras and installed them on roads and pathways leading from South to the Bikin River. In the mid December 2020, three poachers were registered by the trail camera. Two of the intruders were captured in photographs with weapons. Having received the data from the camera trap, the rangers of the Bikin National Park identified the violators. Subsequently, the identified citizens voluntarily gave out weapons, explaining that they allegedly found it in the forest. The weapons were handed over to the police for further investigation. And the poaching in the park was prevented!

At the moment, thanks to your support the teams continue to patrol the territory and the border of the park on snowmobiles.

Quiet summer at the Land of the Leopard 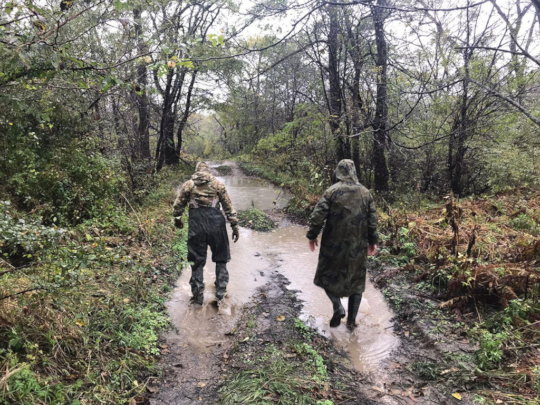 During the summer period, the anti-poaching team patrolled the habitats of the Amur leopard intensively.In June 2020, the team conducted 26 law-enforcement patrols of the territory of the Land of the Leopard National Park. The goals and objectives of the work remained the same: it is the identification and prompt suppression of violations of environmental legislation on the territory of the national park.During the month, the priority task of the rangers was to find places where violators are installing "salt licks" for feeding ungulates. The team set up camouflaged tents and carried out round-the-clock ambushes. All the salt licks were destroyed in the end. Additionally, the team checked seasonal violators (mushroom pickers, tourists and fishermen without special permits). Frequent patrols were carried out in areas near Ovchinnikovo and Filippovka villages, as well as in the area of the Narva River.

In July, the team carried out 25 anti-poaching patrols. During the month, the rangers made ambushes at salt licks, but no signs of human presence were discovered.

Special attention was paid to the territory of Kedrovaya Pad Nature Reserve because people used to get into the protected areas in July in order to harvest ginseng roots. The rangers regularly patrolled on foot along the borders and in the core of the nature reserve. During one of the rounds around the protected area, the rangers found an abandoned campsite and destroyed it.

A joint many-day patrol with border guards was conducted behind the border protection zone between Russia and China. The goal of the patrol was to assist border guards in patrolling the area where Chinese people used to cross the border in order to harvest ginseng roots.

In August 2020, the team's priority task was to identify violations in the Gamow Peninsula cluster. Rangers held night shifts in special mobile cars there. In total during the month 28 patrols were conducted. Also a joint patrol with the South team was carried out in order to prevent illegal gathering of ginseng roots. During the patrol, the rangers discovered a few abandoned camps. No violators were detained.

In September 2020, 29 anti-poaching patrols were carried out. Rangers focused on preparation for the beginning of the salmon spawning season. Frequent day and night patrols were carried out in the areas of Narva, Barabashevka and Brusya rivers. The team established contacts with the police and the Federal Agency for Fisheries for further effective cooperation during the fishing season. Night shifts were carried out in special mobile wagons located near spawning rivers. The rivers were cleaned from the traces of illegal activities of violators: nets, fishing lines, hooks-cats, etc. were destroyed. At the end of the month, a criminal case was opened against two violators for illegal fishing on the Narva River. The violators were detained by the team on the left bank at night. State inspectors seized and transferred to the police department twenty individuals of salmon species (presumably chum salmon), as well as a fixed net, with the help of which the offenders were fishing.

Part of the group was engaged in familiarization with the newly attached territory - the marine reserve. The Kedrovaya Pad nature reserve was also regularly patrolled on foot.

During the reported period, no conflict situations with tigers, leopards and other predators were recorded. 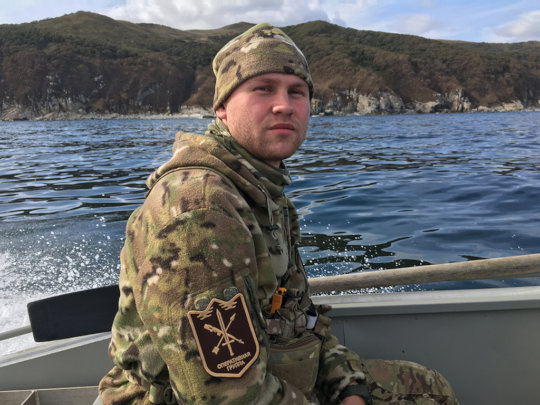 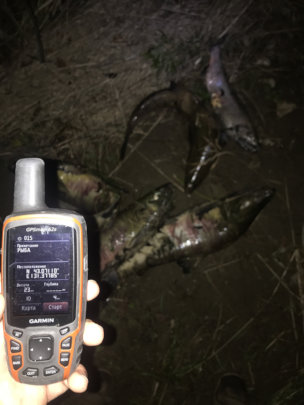 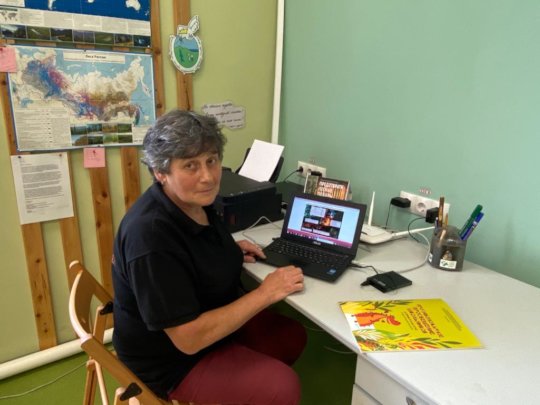 Despite the continuing restrictions related to the prevention of the coronavirus infection spreading and the onset of summer holidays for schoolchildren, from June through August, our educators were actively carrying environmental education activities out.

Prior to the start of the autumn fire-hazardous period, the teachers focused on the prevention of forest fires in the Amur tiger habitat. Classes were conducted either in the format of online lessons, or in the open air, observing personal safety measures and social distance.

Over the three summer months, the teachers conducted 120 eco-educational events for 1,159 children and 132 adults in Arsenyev, Krasnoarmeysky, Terneisky and Khasansky districts of Primorye.

We are grateful to everyone who supported this important project, and we hope that with the beginning of the new academic year, teachers will be able to return to their usual forms of working with children. 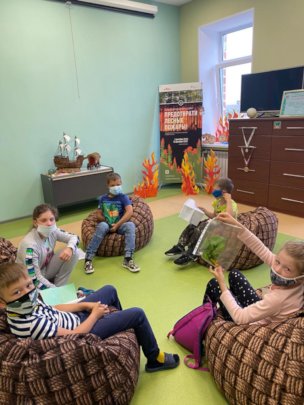 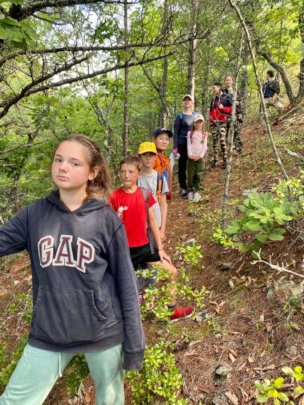 (c) Phoenix Fund
‹ 1 2 3 4 5 6 7 8 9 ... 45 ›
WARNING: Javascript is currently disabled or is not available in your browser. GlobalGiving makes extensive use of Javascript and will not function properly with Javascript disabled. Please enable Javascript and refresh this page.