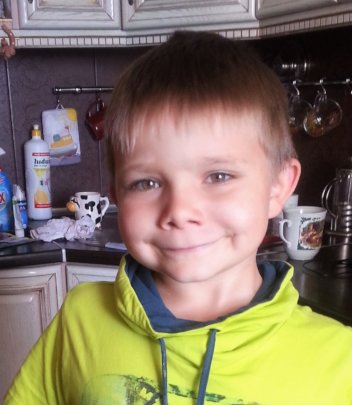 Happy 4th of July!  As we celebrate Independence Day with fireworks and parades, more good news is coming up in just two weeks.  Mark your calendars for July 18th - once-a-year event, during which we can earn 50% bonus on donations made that day, up to $500 per supporter.

This year’s Rewards Bonus Day will have more in matching funds and bonus prizes than ever before! On this day, from 9:00am to 11:59pm EDT on Wednesday, July 18th, GlobalGiving will have $120,000 available in matching funds. As a Superstar organization, donations to our projects will be matched at the highest level of 50%!

In addition, we could win $9,000 in bonus prizes and a chance to earn homepage time on GlobalGiving and social media promotion!   As in the past bonus days, a 100% recurring match will be given to new recurring donors who sign up for monthly donations and give at least 4 times (up to $200 a month).

The money raised will be used to support kids like Misha who needed to travel from his native Belarus for a checkup in Israel.  In 2015, at the age of 5, he was diagnosed with rhabdomyosarcoma, a rare and aggressive type of solid tumor in children that doctors in Belarus do not have much experience with.  After lengthy treatment, he achieved remission, but will require careful follow-up for several years to ensure that cancer does not come back.  Misha is trying hard to return to normal life: he went back to school and earned good grades this year.  He is currently in Israel and undergoing tests and evaluations by the specialists.  We hope that he continues to thrive and leaves the cancer worries behind.

Thank you for allowing kids like Misha access appropriate treatment!  We value your support and care, and hope you will join us on July 18th to supersize your donation and help even more kids.  Have a wonderful summer!

You are making a difference! 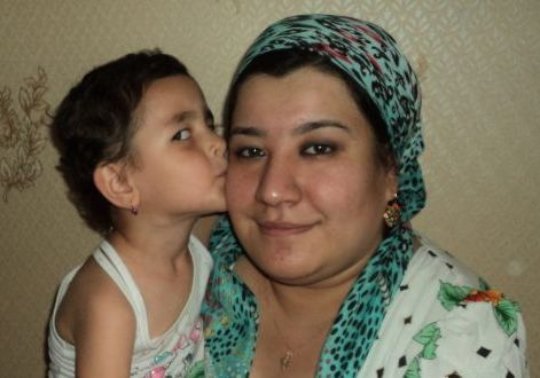 Your donations have been hard at work this year.  So far in 2018, the project's funds supported five patients who needed help with travel and lodging expenses.  For example, in our last report we told you about Konstantin's story.  Thanks to your generous support, his family was able to bring him from Ukraine for a visit to Essen, Germany and get the medical attention he needed.

In addition, we recently heard from Muazzam, a patient with Hodgkin's lymphoma from Tajikistan. This is a 30-year old woman, the mom of a little girl.  When she was 27, she enrolled into college to study math - something she dreamed about for years.  Unfortunately, soon after she began feeling unwell and started coughing, became short of breath and was constantly tired.  After months of malaise, Muazzam finally received a diagnosis and began treatment.  In her case, lymphoma resisted standard treatment and Muazzam started losing hope.  Fortunately, several new drugs were recently approved for patients with Hodgkin's lymphoma whose disease returned after treatment.  Although they weren't available in Tajikistan, Muazzam could access them in Russia, and in late 2016 she traveled to St. Petersburg for the first time.

Since mid-2017 we have helped Muazzam afford traveling to Russia several times.  She was able to access new and effective medications and a month ago she shared great news: she achieved remission!   This means she is much closer to defeating lymphoma, getting her life back and pursuing her dreams.

Thanks again for continuing to support this project!  We will make sure to report back on how your donations change the lives of cancer patients and bring them new hope in their difficult struggles.

We would like to thank everyone who supported us during the Bonus Day in March, our recurring donors, and everyone who had contributed since.  Because of your kindness, we were able to help two more patients with paying the bills from the donor registry in Germany.  Both of them have already received their donors' stem cells and are now in recovery period.

One of the patients is Rinat from Surgut, an oil city in Siberia.  Rinat is the oldest of two brothers.  His father passed away, and his mom is retired.  Rinat graduated from college with a specialty in oil production, but could not find a job in the industry.  He ended up working in a warehouse.  In 2013 he started feeling unwell and blacked out a few times.  When he had a severe tonsillitis in early 2014, he had a blood test that revealed blood cancer.  After seven blocks of chemotherapy, Rinat achieved remission.  Unfortunately, a year ago he relapsed with a more complicated type of leukemia than the first time.  Only bone marrow transplant from an unrelated donor would give Rinat a chance to beat leukemia - and thanks to your support he was able to use it!

Another patient, Irina, comes from northern Russia.  She was born in Murmansk region and later moved to Karelia.  She worked as an elementary school teacher, and then as an emergency call line operator.  A year ago, Irina herself began needing help.  She suddenly grew fatigued and developed bruises over her body.  After going to a checkup, Irina was diagnosed with MDS, a pre-leukemic blood disorder.  Irina had to relocate to St. Petersburg, as the doctors in her city had no experience with the disease.  She was recommended therapy with a newly approved drug, as well as bone marrow transplant, the only chance for complete cure.  There were potential bone marrow donors for Irina, but all of them were in foreign registries.  With the help of her son, she was able to afford initial deposit, but the rest of the bill was out of reach.  Fortunately, your support enabled Irina to mobilize a donor and undergo transplantation!

Thanks again for your care for patients like Rinat and Irina.  There are many other patients like them who cannot afford donor searches on their own.  We will make sure to continue bringing their stories to you, so you know exactly who was helped and where your donation made a difference in the world.

All the best from our team and hope you have a great summer! 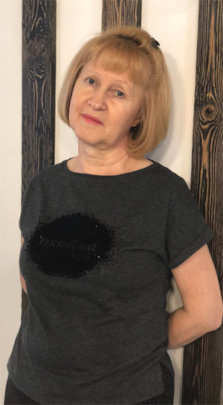 Irina
‹ 1 ... 8 9 10 11 12 13 14 15 ... 50 ›
WARNING: Javascript is currently disabled or is not available in your browser. GlobalGiving makes extensive use of Javascript and will not function properly with Javascript disabled. Please enable Javascript and refresh this page.