BEING SAFE BEFORE THE MONSOON 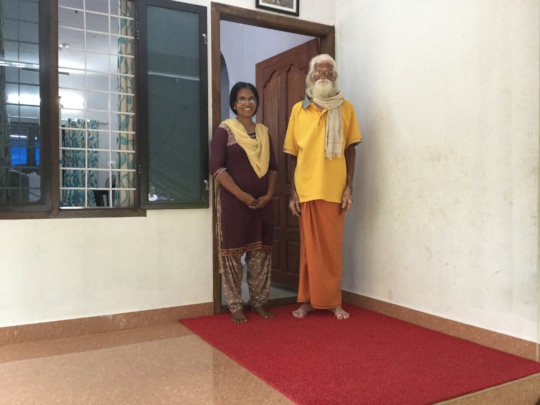 “My greatest concern was- how will we survive the next monsoon?” says Anithakumari, a self-employed tailor and mother of a 6 year old, whose house in Parakkadavu had suffered serious damages in the flood. “I raised some loans, but that was nowhere near enough. I was getting sleepless. That was when I came to know about ATMA Foundation’s work.” Soon enough, Anitha met the headmistress of the nearby Parakkadavu L P School, and through her, got in touch with ATMA. Now, 4 months later, she proudly welcomes us to her finished house, secure in the knowledge that, whatever the rains might bring this time, her aged father, young son, and herself will be safe from the fury.

Ajithan, another resident in the area, was bed ridden with a back-bone injury when the floods hit. He recalls the day when, despite his health condition, he found the strength to stand on his feet and take his family to safety. He has not looked back since. With financial support from the ATMA- GlobalGiving flood relief project, his house is now fully restored, and his family safe.

It was the same story with all the families that the ATMA team visited, in the vicinity of the Parakkadavu L P School, for whom support had been provided for repairs, maintenance and rebuilding of homes damaged in the flood. ATMA has adopted an approach wherein the families themselves get their needs assessed by a qualified engineer, and prepare a budget. The requests are assessed by experts in the ATMA team, and if reasonable, given a go-ahead.

ATMA strives to identify and support those who are in genuine need, and who have no other sources of support. 10 families have completed the work now, and more requests are in different stages of processing.

As part of the Livelihood Rebuilding initiative, the ATMA Digital & Financial Empowerment Project is also getting ready for launch. This will educate people on financial planning to combat emergencies (including insurance & investments), digital banking, online employment opportunities, entrepreneurship opportunities, etc.

Meanwhile, monsoon fury has once again descended on Kerala, with serious outcomes predicted in 12 districts. Team ATMA is gearing up once again, to help our people withstand the calamity and to overcome it together. 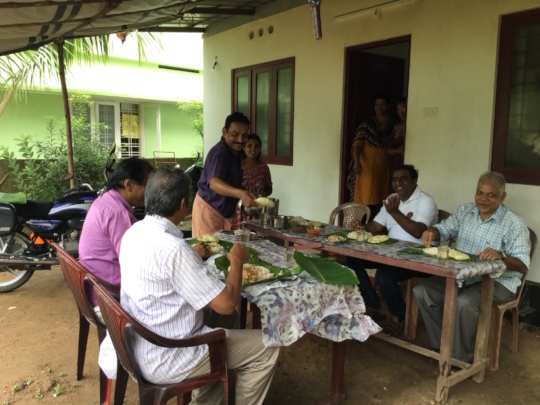 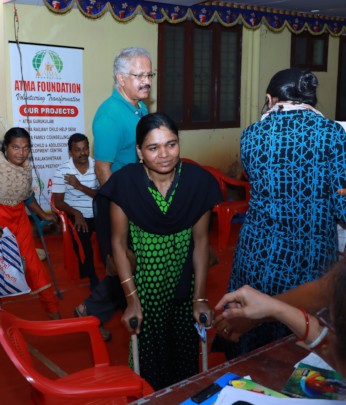 "Using crutches of the proper length has greatly increased my ability to walk. Earlier, I used to have constant back pain. Now, after getting training to walk properly with my new crutches, that pain is gone.  Life has become much easier now" , says 44 year old Lissy, who works in a tailoring unit. She was given elbow crutches under the ATMA Mobility Project. She was assessed and trained by experts at the ATMA Mobility Camp. A pair of crutches were specially made for her, and delivered to her home town of Kodakara.

27 year old Janeesh, bedridden with Diplegia, was given a Toilet Chair under this project.

With this, the number of people supported with Mobility Aids by ATMA Foundation, has reached 74- including the victims of the Kerala Floods in 2018. 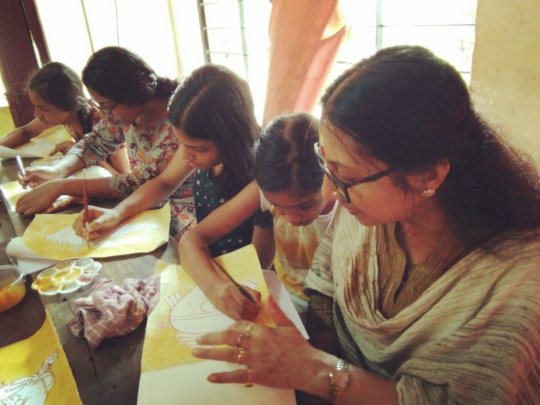 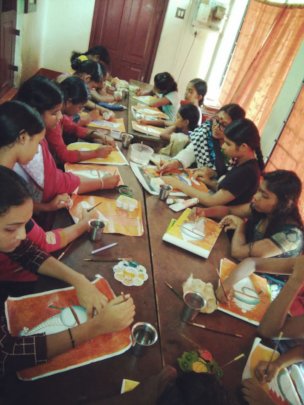 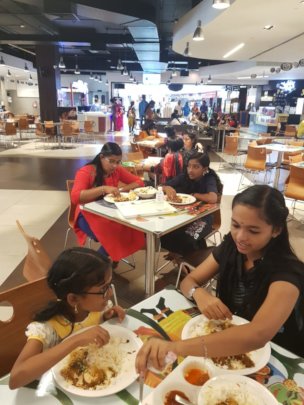 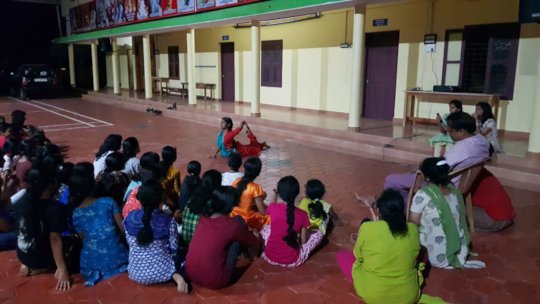 Performing Yoga at Youth Camp
‹ 1 2 3 4 5 6 ›
WARNING: Javascript is currently disabled or is not available in your browser. GlobalGiving makes extensive use of Javascript and will not function properly with Javascript disabled. Please enable Javascript and refresh this page.