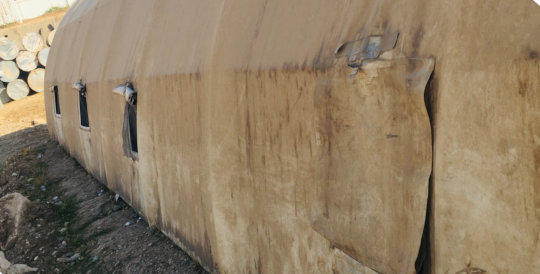 The first thing that reached the Syrian refugges we work with regarding Covid-19 were the rumors. It is unquestionable, that rumours spread even faster than viruses. Many people were very frightened by the prospect of the pandemic reaching their homes and ready to believe even the strangest sounding advice and worst case scenarios.

Even as our region geared up to respond to the emerging threat, our staff took the chance to educate the women attending our class about Covid-19. Because of the trust that they have in our fitness leaders, the women were able to learn about the recommended hygiene measures, how to protect themselves and boost their immune systems by continuing to excercise and eat well. They also learned to not spend too much time watching the news and worrying, in order to safeguard their mental health.

Soon it became aparent that we would not be able to continue to meet for a season as the camp management requested the discontinuation of all kinds of meetings in the camp and the government proceeded to impose various curefews in the camps as well as the whole region.

While some of the restrictions have been eased seeing as there are next to no known cases in the governorate and camps that we work in, we are not yet able to relaunch meeting in groups to excercise due to existing restrictions.

We are so thankful that the women's fitness project continues to have an impact, even when the fitness classes are closed. Many of the women we have talked to our thankful for the community and relationships that have been formed as a result of the project. The participants in our excercise classes remain connected via social media. One of our fitness leaders said that before she started exercising she felt isolated and alone, but now because of the fitness classes, she is part of a strong vibrant community which has been a support to her during the COVID-19 crisis. The women continue to encourage each other as well as challenge one another to eat healthily and stay active. We are so thankful for the awesome women involved in this project and how they continue to support each other in difficult times.

girl with COVID 19 book in Afghanistan

I wanted to give you a quick update on our COVID 19 response project.

I have fantastic news that we received a gift from an institutional donor outside of GlobalGiving so i could adjust down our budget here! But there are still enormous needs out there.

Several of our teams have started on small scale to help those most vulnerable with food and hygiene packages. For many of our project participants this crisis literally has robbed them of the daily bread and soap.

The children's book our team in Afghanistan put together is a great success, several other international organisations including UNOCHA are asking to use it and have posted about it on their facebook page :-) I am so excited that this tool is been used to inform children and adults about the virus and illness it causes.

The team is now working on book #2 which will give information on quarantine and how to live with it, why it is needed and how to support each other.

The needs out there in our communities are huge please share this project withy our friends and family. 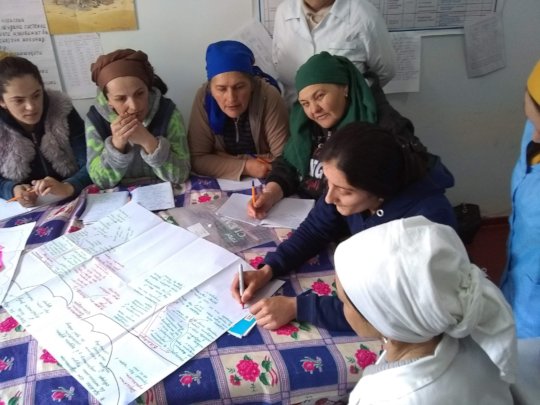 If anything, 2020 is a year of change, and even our office in the mountains of Central Asia has experienced change prior to a global pandemic. One of our long-term local staff has left and that has greatly challenged our capacity in the health project. We will experience even more changes in the upcoming months. But one thing a global pandemic does not change: People’s needs.   From our ancestors of hunter-gatherers to now, we always need food. People, now more aware than ever, need quality healthcare. You can challenge, but you cannot change, those needs, and that is where our projects come in, and where you, our donors and supporters come in.  Thank you for being loyal supporters in a time of need that is global.

Though we have been preparing this year’s work and getting the necessary government permissions, here are some news from the mountains of Central Asia.

It's about me! Health Project

After the lesson, during the goal-setting time, the facilitator asked her what was new for her. She said that the story (of a fictional character named Shamsia) was very real for her and it was about her own life. At the time when Amina was pregnant (both times as she was pregnant twice) she didn't know what was happening. Now that she heard this story and learned today of the symptoms of anemia and ways to prevent it, she is excited to share this information with the other people in her village. Amina felt enthusiastic to share this information with as many pregnant women as she could. Her sister is not yet married but hopes to be and Amina wants to share it with her. She also wants to share the information with her neighbors and her two sons who one day may get married.

What do you think? Greenhouse Project

We were in for a surprise when we came in our yearly visits to the government offices.  We talked about our plans this year and then we were taken by surprise:  We were asked by the city government for advice on building a government greenhouse. The city government doesn’t want to order flowers for beautifying the parks from the capital city. They want to grow their own flowers and potentially save thousands of dollars. Though we didn't build the greenhouse we were able to offer advice on how to get the most from their greenhouse and strengthen our relationship with this key stakeholder. 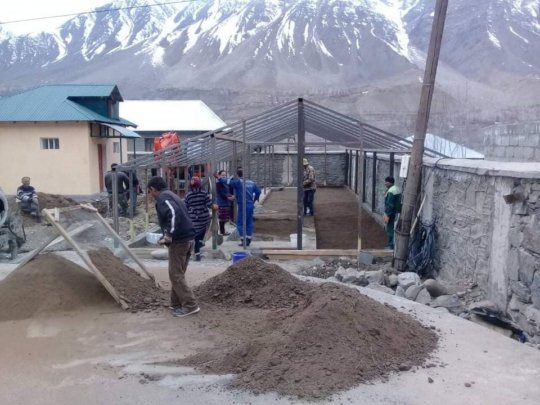 Greenhouse we are advising on
‹ 1 2 3 4 5 6 7 8 9 ... 19 ›
WARNING: Javascript is currently disabled or is not available in your browser. GlobalGiving makes extensive use of Javascript and will not function properly with Javascript disabled. Please enable Javascript and refresh this page.