My name is Ariana 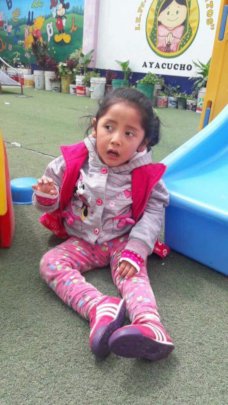 At the moment, there’s a place in Wasi Esperanza called Day-Care Center. This place is like a day nursery room in which 6 or 7 children are looked after by members of the organization. Before being admitted into the center, all the children are evaluated by a social worker. This test allows us to know their economic and social background and subsequently if they should or should not be in the center.Center staff members provide the children physical and psychological therapies. They also feed them and bathe them since their parents are normally at work all day long. In the center, there are children with Down syndrome, total body paralysis, autism and other disorders.

Some months later, Ariana began to have some improvements. She could keep her gaze fixed on some objects and she had started to crawl around. By the end of 2018, the Snoezelen area was open, a Sensory Stimulation Room. This place was decorated with bright colors, materials of different textures, relaxing sounds and other stimulating elements for the 5 senses. It is currently the Ariana's favorite place. She can stay for hours in this room. She likes to admire the colors and lie on the carpet. Another important improvement that happened at the beginning of 2018 is that Ariana was able for the first time to stand up about 10 seconds with the help of a support. These are very significant improvements for Ariana. She is a good evolution and she is very enthusiastic about it.

Ariana is one of the most appreciated children in the center. She moves around with a contagious smile, she likes music and when there is someone who comes to play the guitar she listens carefully and smiles

We hope to keep on accompanying her for some other achievements in the future, such as being stand up a bit longer and even give a few steps with a walker. Thank you for keeping the support. Like Ariana, we have other children who need you. 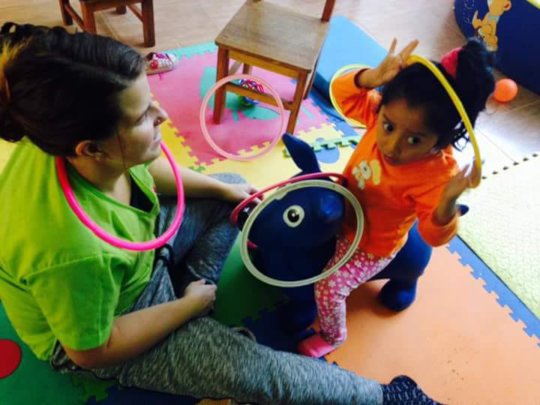 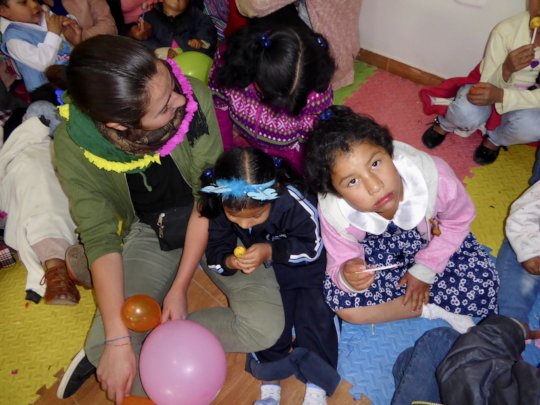 After a year full of surprises, Wasi Esperanza had its last activities on December 22nd. Wasi Esperanza has achieved a lot this last year with the children who received therapy, so we held a party for all the children, siblings, parents and so on, to finish the year on a high note and to celebrate the achievements.

One child that stood out this year was Doris; she lives in an orphanage and has the diagnosis of hyperactivity and attention deficit. She truly made a big improvement this year: by the end of the year, she was able to pay attention for at least two minutes (whereas it was 10 seconds before). She came to the party in a beautiful blue dress and enjoyed the clown a lot. She even was able to pay attention to all of the indications he was giving. To be able to witness progress like the one we see in Doris truly makes Wasi Esperanza proud.

The final part of the part brought the most joy to all the children: Santa Claus entered the room with a bag full of presents for all of the children. One smile especially caught the attention of the people of Wasi Esperanza. It was José; a boy of 10 years of age, who was diagnosed with Autism Spectrum Disorder and sensibility problems. Since he started therapy at just three years of age, a lot of improvement has been made: he can now express his emotions, sit without help and is less afraid of heights. Seeing him smile at Santa when receiving his Christmas present, gave the Wasi Esperanza team an incredible amount of joy. José’s mother was so excited to see this that she cried when she saw this sign of her son’s improvements.

The Christmas party was a great success for all the children; they received their presents, drank hot chocolate and ate panettone (a traditional Peruvian cake). We ended the party with a goodbye after which we waited for the arrival of the next year.

The next year came, January passed and then it was time for February. This means: Carnavales! This is celebrated in a very traditional way in Ayacucho, Peru. We went out into the streets of Ayacucho to sing about the work Wasi Esperanza does, and also that children with disabilities should be treated equally by society.

So far, that is all we have for you right now. But much more to come, friends of Global Giving! We will be sharing more about the progress we are making and all of the positive results we see in our children.

See you all a next time! 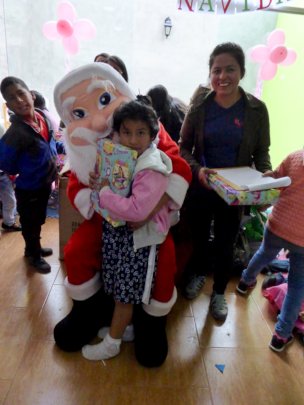 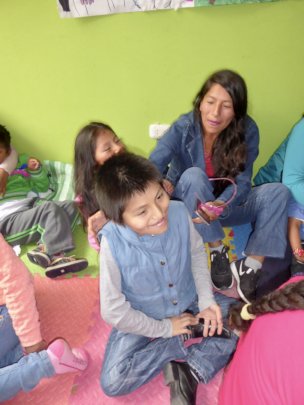 Jose with his mother 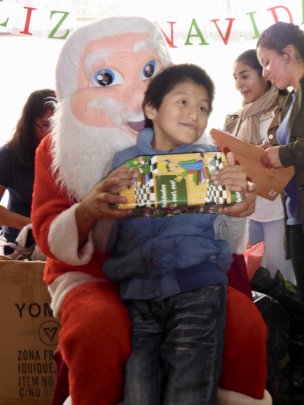 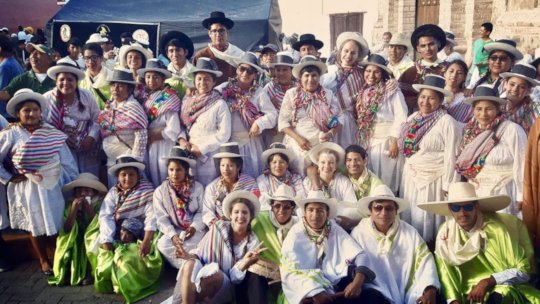 OCTOBER: MONTH OF THE PEOPLE WITH DISABILITY 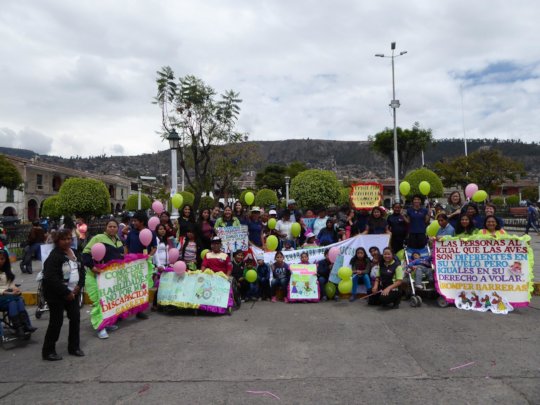 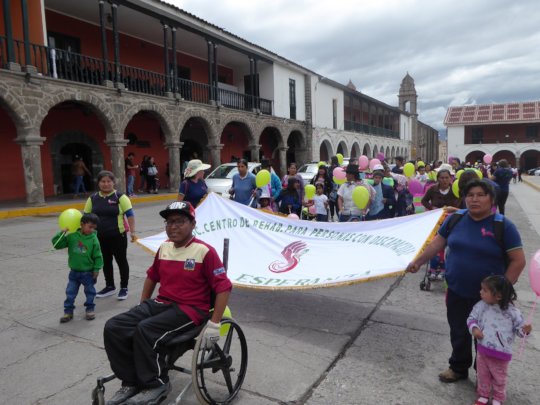 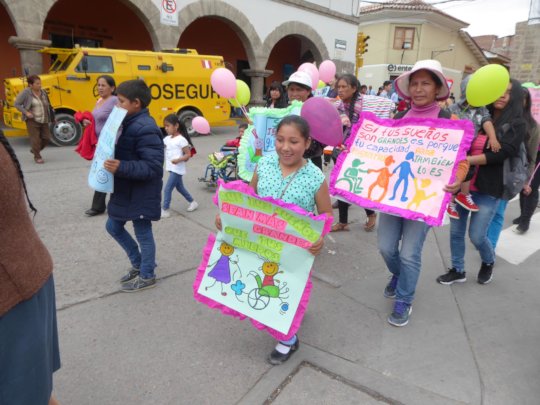