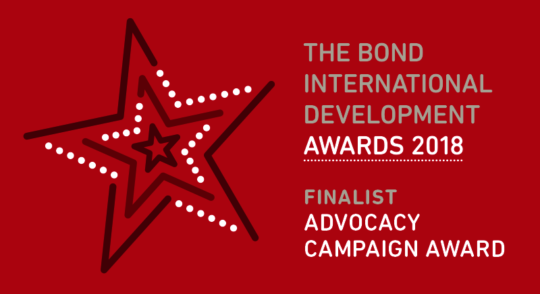 It's been a busy few months here at Refugee Rights Europe (previously the Refugee Rights Data Project, RRDP). We kicked off the new year with two new research studies, and started ramping up our advocacy work. It's all been possible thanks to generous supporters such as yourself, and we'd like to take this opportunity to thank you sincerely once again!

First of all, we're excited to have been selected as one out of three finalists for the prestigeous Bond Advocacy Campaign Award 2018! We'll be attending the award ceremony next week and are keeping our fingers crossed.

In mid-January, we conucted our first-ever research study in the UK. We suvered some 17% of residents in an asylum accommodation centre in north-west London, investigating the living conditions and human rights infringements experienced there. The report has already caught the interest of many British Members of Parliament, and received good media coverage in the Guardian. This is hopefully the first of several studies in the UK, and we're currently working hard to ensure our recommendations reach those with the power to effect meaningful change.

Later in the month, we went back to Paris to document the situation for hundreds of refugees sleeping rough in the streets of this European capital. We found an incredibly dire situation characterised by ill-health and lack of basic living standards. The full report will be out soon, and we are currently planning the advocacy work with partners on the ground.

Ahead of the Franco-British summit held in Sandhurst on 18 January 2018, we issued an open letter alongside our partners, with a concrete set of recommendations. We welcome the announcement by the Home Secretary that re-affirmed the UK Government’s commitment to fulfil the remaining places allocated under the ‘Dubs’ amendment, moved forward the eligibility date at which children would be accepted on the scheme, and promised to allocate a portion of the overall £45.5m budget to supporting family reunification. We will continue to monitor these commitments

We're currently gearing up for joint advocacy with several partner organisations on the #AllWomenCounty lobby of Parliament in International Women's Day 2018 to ask policy makers to listen and act on refugee and displaced women's calls for safety, dignity and liberty.

Overall, our work is still largely dependent on donations from generous individuals like yourself. If you would like to continue supporting us, please consider making a small donation. Thank you again for your invaluable contributions thus far!

Take care and keep in touch!

Marta and the team

Ps. Please take a look at our Annual Report 2017 by clicking the link below! 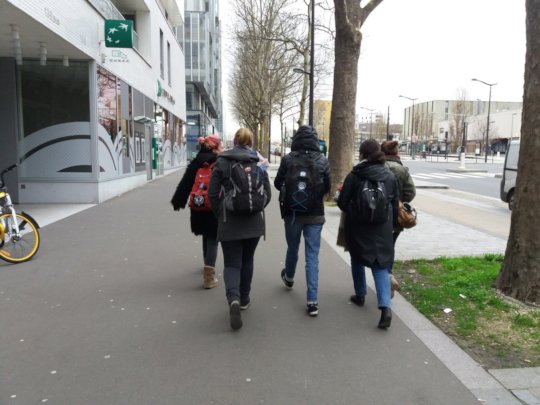 Researchers in action in Paris 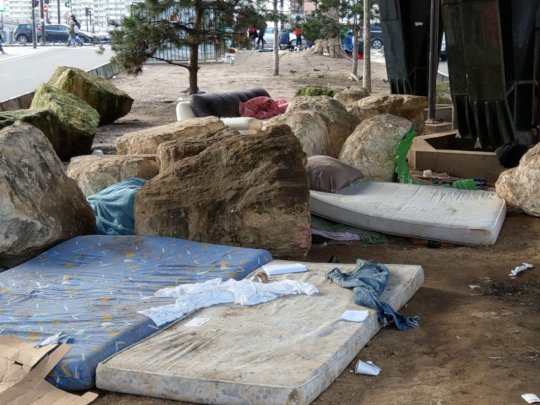 The situation in Paris during our research 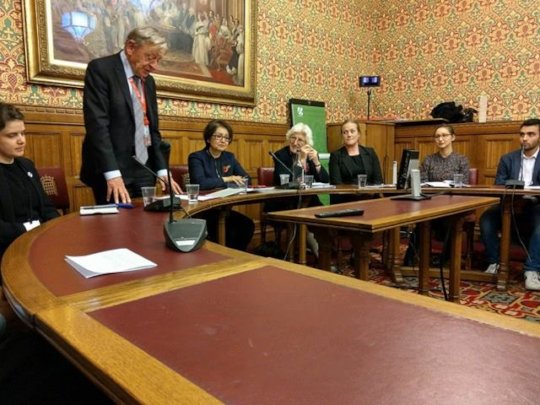 Report launch in the House of Lords

We hope you're well! We're writing today to share the latest updates about our work. We've had a busy few months here at RRDP - a lot has happened since we last wrote to you.

Thanks to generous donors like yourself, we've been able to document the human rights situation facing refugees and displaced people in both Italy and France, and we've done lots of campaigning work around the research findings, calling for long-term change.

Our report from Ventimiglia at the French-Italian border was based on interviews with 150 refugees trapped in a bottle-beck scenario there. The report highlights detrimental living conditions coupled with police violence and dangerous border crossings, all contributing towards a situation characterised by chronic insecurity and extensive mental and physical health problems. Check out some of our news coverage in the Independent newspaper here!

After the Ventimiglia study, we returned to Calais in northern France, to document the situation there one year on from the demolition of the Calais 'jungle' camp. Our study there investigated a number of issues face by refugees in the area, including police and citizen violence, health conditions, and people's access to information and legal advice. We were honoured to launch the report in the House of Lords in the UK, and alongside preeminent partner organisations in the sector, we called on Members of Parliament to work towards effecting meaningful change. Take a look at our media coverage in the Observer!

None of this work would have been possible without generous supporters like yourself, and we would like to invite you to continue to support us with a small donation. In the lead-up to a major study in the streets of Paris, France we need any support we can get, and we'd love to have you onboard!

On Human Rights Day, 10 December, we will be launching our biggest crowd funding campaign to-date, and we're hoping to benefit from Global Giving's match funding offer - which means that any small donation you'd be able to make would be doubled by Global Giving, free of charge! We would love it if you were able to support us then, and will send a gentle reminder closer to the date - we hope you don't mind!

Thanks again for your continued support, and please do feel free to drop us a line if you would like any further feedback about our work. 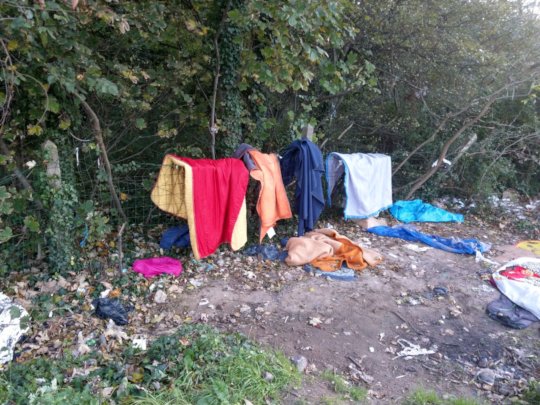 Documenting the situation for refugees in Calais 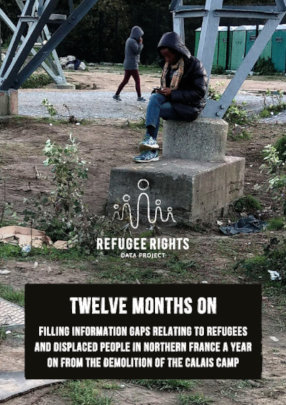 Calais report cover, a year on

Standing up for the basic human rights of refugees 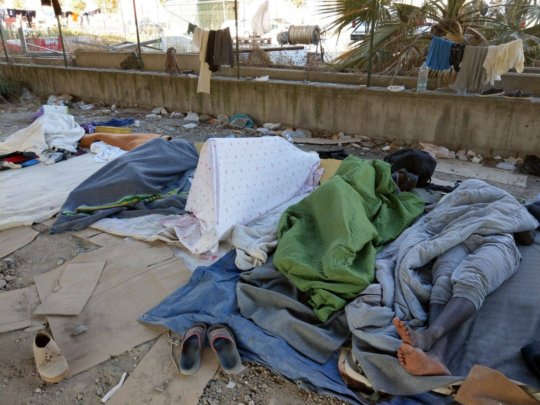 The current living conditions in Ventimiglia

We hope you are well and enjoying the summer months! We've had a busy few months here at RRDP - a lot has happened since we last wrote to you.

We also took part in an expert panel at the European Parliament in Brussels, and shared findings and recommendations relating to the situation of unaccompanied minors in northern France. Similarly, we contibuted to a large independent inquiry into the risk of trafficking among children in Calais and beyond, sponsored by the Human Trafficking Foundation and launched in the House of Lords. Our participation in both events was based on our report 'Six Months On' which you helped make possible thanks to your kind donation earlier on in the year.

Most recently, we've conducted an in-depth field research study at the French-Italian border, in the town of Ventimiglia. We are deeply concerned about our research findings there, relating to arbitrary deportations and push-backs, as well as untreated health concerns and a striking absence of access to basic services, information and water. The full report will be out soon, and we will be launching a large-scale advocacy campaign around the research findings to encourage a more humane response by all relevant actors. Keep an eye out on our social media channels.

As always, RRDP will continue to monitor the situation for refugees and displaced people in Europe over the coming months, and hold responsible parties to account as we are concerned the current standards are wholly inadequate.

Thank you again for your invaluable support, and do keep in touch with us! As one of our supporters, you're very welcome to email the team at info@refugeerights.org.uk anytime, if you would like to chat to us about our work or future plans. 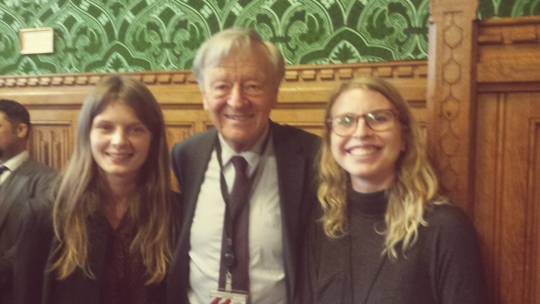 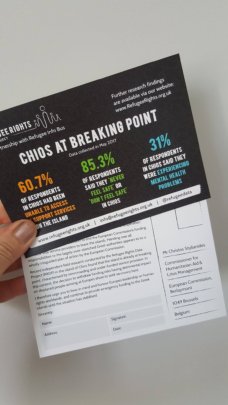