You helped Muhammed to pursue his dream!

Muhammed had to flee to Turkey because of the war in Syria with his big brother. They had to leave their whole family behind. They are both living with one of their friends right now.

Muhammed needed Turkish lessons in order to become a nurse, so he started to work. He had to work overtime and without insurance, all he was thinking someday he will be a nurse and provide for his family. But things didn’t go well as he planned. Not only they didn’t pay for his work, they also beat him.

When he arrived to our Center with his medical report of the beating, we provided Legal Support to him in order to deal with this issue legally. He shared his story with us and asked for help to pay for his Turkish Course.

With your donations we paid for his Turkish Course! Right now, Muhammed is waiting impatiently to finish his language course and go to the College for Nursery!

We couln’t help Muhammed to pursue his dream of becoming a nurse without your help.

Thank you so much for your donations.

A Story of Success 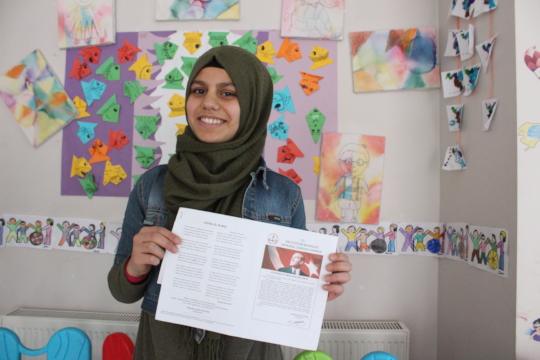 Ragad with her certificate of achievement

Ragad, 15-year-old girl from Haleppo, has been forced to leave her hometown and come to Ankara 2 years ago. Although all the conflicts she and her family has to deal with including waiting in the border for 5 days, she is full of life. She attented a 2-year Turkish learning course, and right now she is a 7th grader. She has 2 sisters and 3 brothers. She smiles and feels proud when saying she has the best grades in her family. “Sometimes I help my father with Turkish” she adds.

“My Turkish friends help me a lot.”

Ragad goes to school in Altindag, Ankara, Turkey. She have great relations with her friends, when she had trouble understanding the classes, her friends help them a lot, she says. Ragad got a certificate of achievement this semester because of her success in her classes. When we ask what is her favorite course, she replies English and adds: “I want to be a translator, and help the people who cannot speak Turkish and English.”

Her family members became so proud when she got a certificate of achievement this semester. And Ragad became so happy when her mother told “You got this achievement even though you did not know Turkish before.”

When we ask Ragad what is the secret of this success, she smiles and replies: “I don’t really have secrets, just don’t be afraid to ask what you don’t understand to your classmates, don’t just sit in there silently. Study until you understand, and most important: don’t feel left out.”

This success story of Ragad happened thanks to your contributions. With your help we had a chance to send her to language courses and supply her with most needed educational materials.

Renewal of a space to Study! 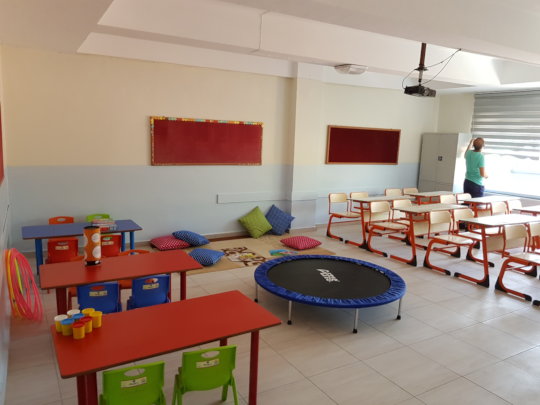 At the beginning of the summer, we received a call from a devoted teacher, Mr. M. Akif Edikli who is working as the coordinator of Temporary Education Center for Syrian Children in Turan Primary School in Kahramanmaras, Turkey. Turan Primary School has around 500 Syrian students and they were planning to arrange Turkish courses for them as the summer holiday starts. In order to improve their Turkish skills and to support their continuation of education, they wanted to create an Activity Class in coordination with school counselors. The activities would consist of counselling, orientation, integration studies including Turkish course. The classroom would be divided into two. In one half, families would be given counselling services while their tiny children can play in the other half of the classroom.

To support this brilliant idea, we started to discuss what can be done and just after a few phone calls between Kahramanmaras and Ankara, we started to work for building a classroom which will be suitable for such activities. With the valuable efforts of Mr. M. Akif Edikli and our Kahramanmaras Office Manager, Cem Ali Hamurcu, and your donations the restoration started first.

As the first step, from the floors to the walls the classroom is renewed. Walls are painted, floors are decorated with parquet strip. An air conditioner is mounted.

After creating a clean and useful classroom, we ordered the equipment which will be used by children. Tables, chairs, carpet, all course materials (such as notebooks, pencils, pens, colored papers, dictionaries etc.)playing rings, hula hoops, play dough, etc. Now, there is also a tramboline in the middle of the classroom!

In a short time, children started to use this classroom in summer period. In the opening ceremony, TRT (Turkish Radio and Television Corporation) staff visited the classroom and made interviews. It is broadcasted in TRT! TRT is the national public broadcaster of Turkey. It owns and operates 14 TV channels - of which 5 are HD - and 19 radio stations covering general entertainment, music, sports, children and news.

So as the donors of such an important activity which will be the first and only one in Turkey, you also made Syrian children’s voice heard all over Turkey again, and gave us change to start this project as an example. So there is no way to thank you enough! 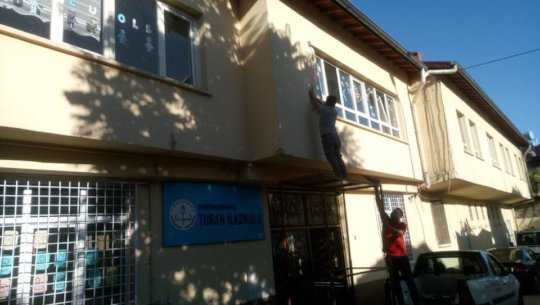 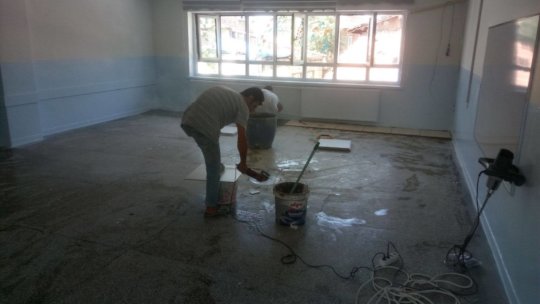 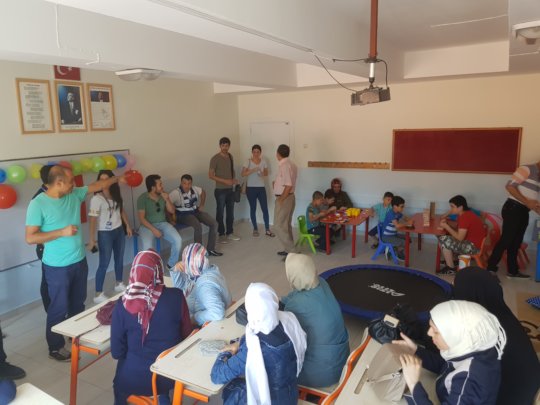 Report 7-4
‹ 1 2 3 4 5 ›
WARNING: Javascript is currently disabled or is not available in your browser. GlobalGiving makes extensive use of Javascript and will not function properly with Javascript disabled. Please enable Javascript and refresh this page.