May the Sun be always with you! 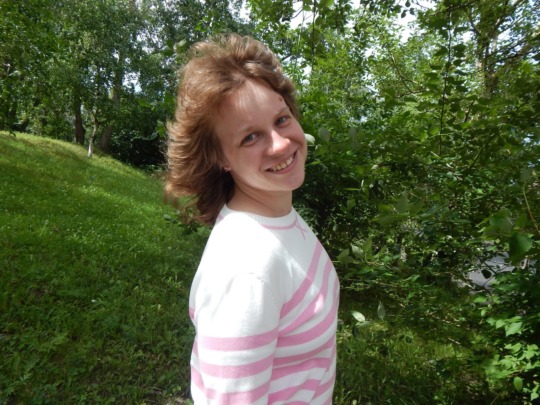 Our dear friends! Time flies very fast, and 2016 is now in the history books. We would like to present you a brief summary of our work in 2016 year and plans for 2017.

The year of 2016 was very busy, bright and rich in events and people. It was the year of our 15th anniversary and it will be something to remember and talk about.

It was a year of new bone marrow donor recruiting actions. For the first time in several years, these actions have become regular events in June, September, October, and November. Such cities as Petrozavodsk, Kostomuksha, St. Petersburg, Arkhangelsk, and Rostov-na-Donu participated in our recruiting campaigns. The Register has been growing! We have now 3705 potential donors –an increase of 682 over the previous year!!!

It was a year of matches: five our donors matched with the patients!  Unfortunately, in three cases, our help was too late... And the latest match is still in process. One of our "September" donors happened to be fully compatible with a three year old boy from Argentina. The whole process, between finding a compatible donor and a transplantation, takes about two months. The Registry prepared and sent all the necessary documents and the samples with donated blood. Now we have to wait and beg the Argentine boy: "Please, live! Help is on your way!"

It was a year of victories, not only ours, but also associated with us. In 2016,  the Registry took part in the national Contest of non-profits “Co-participation”  and was awardedthe first prize in the nomination "Formula of good deeds". Students of "Potanin Foundation" won a grant for the project "500+", and this grant will help us to hold 2017 recruiting campaigns. Four actions have been already planned, and preparations are underway for the first one in the middle of February.

It was a year of new and, we hope, long-term partners and friends. In 2016, we signed a cooperation agreement with the Registry of Hematopoietic Cells Donors and a Public Cord Blood Bank in Samara. One of the main provisions of the agreement is providing information about our donors in search engine of the Samara's Registry, currently the most advanced in Russia. It allows us to enter the most complete information about the potential donor, making the search much easier and faster. Our Registry will provide practical assistance in the organization of the recruiting campaigns of potential donors. We hope the agreement will help the Samara's Registry and us to reach a new level of development.

And certainly, it was a year of our the most important people – our volunteers, our donors, and our sponsors. We won’t be able to work without you, our dear supporters. Today we want to introduce you Elena Kalechyonok, a petite girl, with a great heart and unique personality. She is a specialist of the Karelian Republic Centre of Youth, head of the Youth Public Movement "Avard Association" , our volunteer,  and a potential bone marrow donor.  "I love to help people, - Elena says, I don't know...My heart has been built this way. I cannot live only for myself. When people ask me why I do this (volunteering) - spend a lot of time and energy for people who I even don't know and most likely will never meet… I answer, - 'You also need it. Believe, your heart is eager to help to someone, even though you don't know this person. When you follow your heart and you know that you have just helped somebody, and even more - you have given somebody a second chance for life, it is like...it is like the Sun is always with you. I mean, it doesn't matter what is going on in your life right now, if it is dark and cold outside  - there is always sunny in your heart.”

May the Sun be always with you! 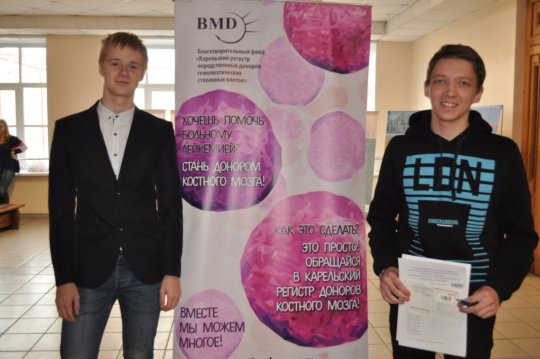 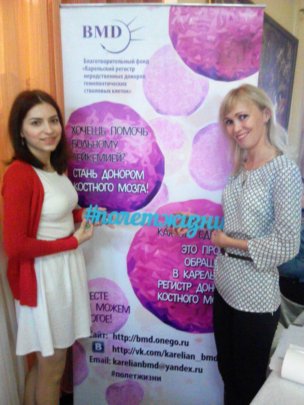 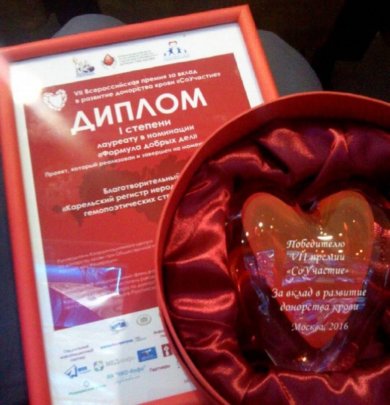 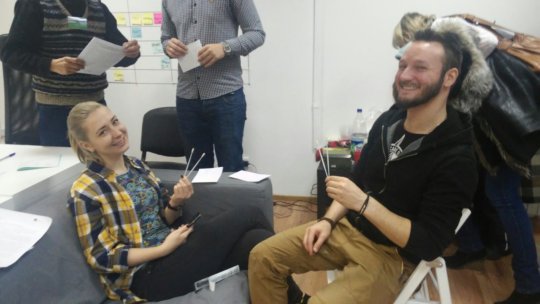 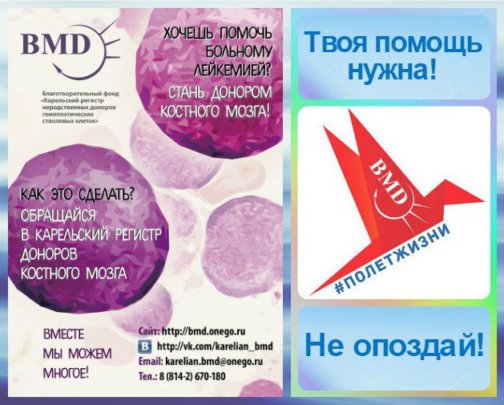 The goal of our work is to save lives. Without your help we won’t be able to operate and add new donors into the Registry.  Thank you for your support!  Together we can do anything!

We would like to inform you that one day only - Tuesday, November 29th  - Global Giving is offering a 50% match on donations made on #GivingTuesday  up to the first $1 million raised. This is the largest amount of matching funds GlobalGiving has ever had at one day!

The campaign begins at 00:00:01 EST (8:00 am Russian time) November 29th and ends at 23:59:59 EST on November 29th. Please make your donation as soon as possibleafter 00:00:01 EST via the link https://www.globalgiving.org/projects/add-marrow-donors-eliminate-leukemia-worldwide/

The fall of 2016 was very busy with events. We conducted three bone marrow donor recruiting campaigns through out Petrozavodsk, Saint-Petersburg, Kostomuksha and Rostov-na-Donu.  Rostov-na-Donu city joined our movement in September. Its first campaign attracted many people and received a good feedback from the local student community. We hope that our collaboration will be fruitful and long. All three recruiting actions were very successful: they attracted thousands of people and resulted in recruiting 323 new potential donors.

The fall campaigns ran under hashtag Flight of Life. A few days before each campaign students from the Karelian State University made paper cranes and handed them out to people on the streets and in shopping centers. Students told people about upcoming events and invited them to participate. Here is what one of the volunteers, Mary, said,  “Many people were interested in this event and promised to pass cranes to others and to read more about the bone marrow donation. So I think we did a good job.” More than 1000 of the paper cranes were scattered around the city.

Why paper cranes?  Two years ago students heard the story of the Japanese girl Sadako, who fell ill with radiation sickness after the tragedy in Hiroshima. When she was in the hospital, her doctor told her a legend: a person who made 1000 paper cranes would be cured of any disease. Sadako didn’t finish her work -  she died.  Nowadays, people sick with leukemia have a good chance to survive if they find their genetic twin - a bone marrow donor. Students were inspired by the story and decided to continue the Sadako’s work – to make paper cranes before every campaign as a symbol of life, hope, and desire to help those who are in misfortune.

The September recruiting campaign was coincided with the International Day of Bone Morrow Donor that is celebrated on September 17th.  Millions of people around the world said at that day, “Thank you, Donor!”.

Here are a few facts about The Bone Morrow Donor Movement: 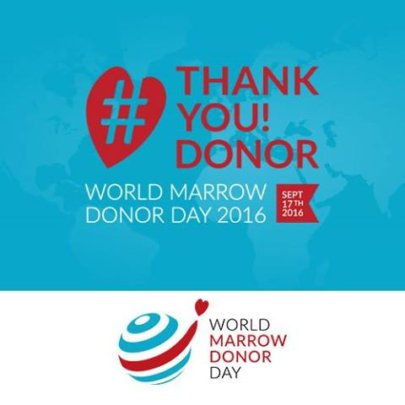 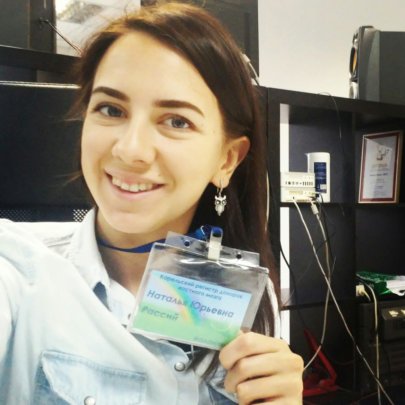 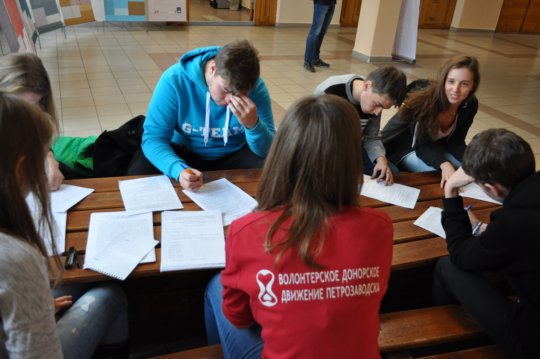 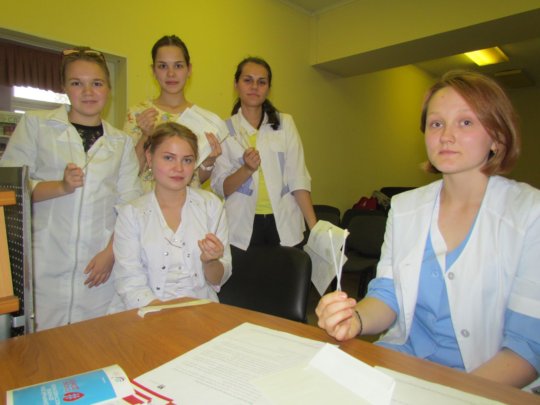 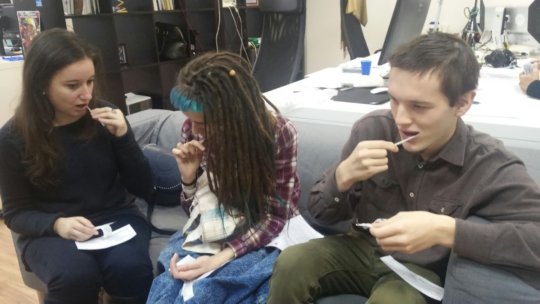 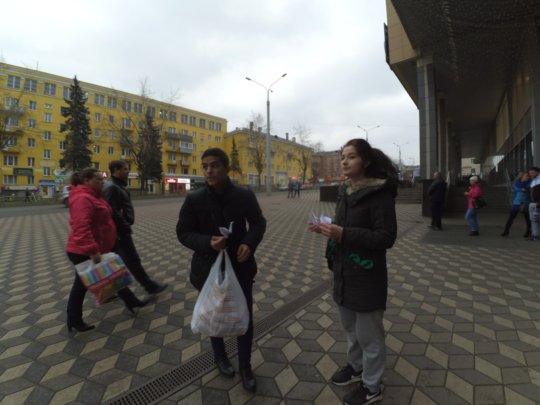 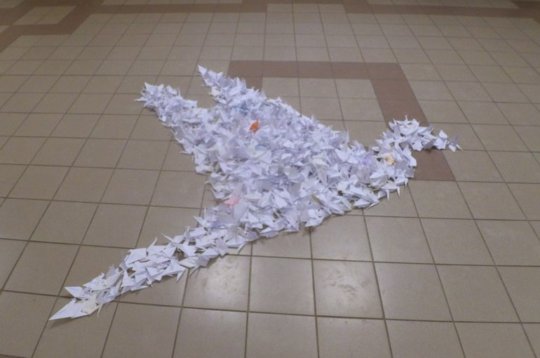 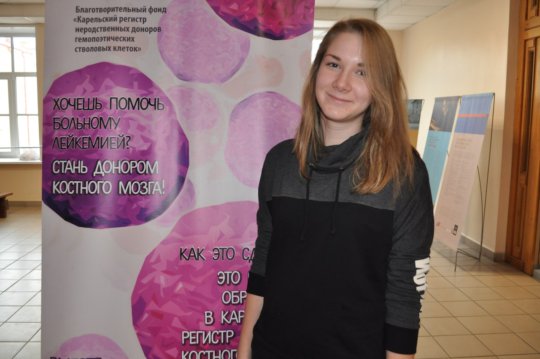 How to Achieve the Goal 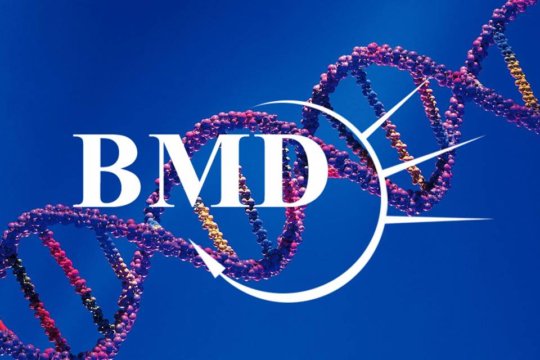 Thank you very much for your loyalty and support! Your donations help save lives and bring hope for  people fighting leukemia!

Today we present the story written by Youri Ioffe, the founder of the Karelian Registry, for the 2016 Fail Forward contest.

I'm the head of the Karelian Registry of Bone Marrow Donors since its inception in 2001. Over the years, the BMD has had it’s share of good luck, failures, and ups or downs.

Six months after the  creation of the Registry, when the database listed only 200 donors, one of them was a match for the patient. Three years later, when the BMD still had a small number of donors, two consecutive donations happened suddenly. These people were some of the first Russian bone marrow donors.

The Registry took more and more time, so I left my job to float freely. A Charitable Foundation was created in order to attract money. First of all it was necessary to find sources to finance the activities of the organization. I was taught to treat people, and I was good at doing it. But I had no idea how to attract finances. It was completely unknown and incomprehensible to me this activity. In Russia, then and now, there is a very vague idea of who the bone marrow donors  are, why they are needed, why they are "potential" and not "real". People suffer from leukemia many times less than, for example, from heart disease, so they don’t know much about this deadly disease.  All this made my work  very difficult. I had nobody to teach me, therefore I had to learn everything by myself, absorbing information, observing, comparing and getting some bumps and bruises along the way from mistakes and blunders.

The first few years, The Stefan Morsch Foundation  provided financial support to the Registry. The Foundation financed selection and examination of donors and their inclusion in search engines. Our function was to attract new donors and work with them on-site. In 2006, Moscow hosted the largest in Russia donor recruitment campaign with the participation of well-known politicians, journalists and artists. The campaign drew a lot of attention from regular people and so companies throughout Russia provided considerable support for the charities working in this field, including the Karelian Registry of Bone Marrow Donors. Shortly after that a complete failure occurred: The Morsch Foundation refused to conduct  a donor survey for free, and then ceased its aid in selection of donors.

I was counting on the support of the state, the Ministry of Health and colleagues hematologists, but this didn’t happen. For four years I have spent my time and effort to create the Registry, and the result of my hard work  was a database of several thousand unclaimed donors. I had no financial support and unclear prospects. But I found a solution to the problem. In 2006, when it seemed that we are at the dead end, the BMD managed to meet the necessary requirements and became a member of the World Association of Bone Marrow Donors and the International search engine system. After that, we started to receive requests for the donors search; we managed to establish contacts and cooperation with colleagues from Russia and other countries, and we have been engaged in research on motivation to donate. Eventually more and more people and organizations have began to provide financial assistance to the Registry.

It became clear to me that it's the wrong way  - to rely only on continued assistance from the outside. You have to build your own way to reach your goals, relying on your strength, experience, patience and perseverance. Help will come only when people feel that the work you are doing is not short-term, is not random one,  that it is really important for the others and that is why it requires the development and support.

Later there were many failures and breakdowns, and sometimes I wanted to give up, to drop everything and go away. But exactly during such moments something always happened thatwould prove that the chosen path was correct. It could be another request to search for a donor from an organization or a patient, or the sudden  donation to the Registry, which was not expected. There were other significant events, such as the cooperation with a major German register DKMS in 2014, which happened thanks to  the help of Catherine Kiseleva, the head of the public organization of the St. Petersburg "Children and Parents Against Cancer", or meeting  Lena Kotachev and Andrei Varshukov - leaders of donor movement of the Petrozavodsk State University, which gave impetus to attract both new donors and new volunteers.

Moving forward, in spite of everything, - this is the main lesson that I have learned. 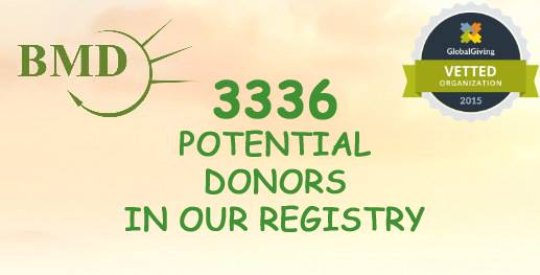