The man who risked his life to give young people an alternative to extremism. 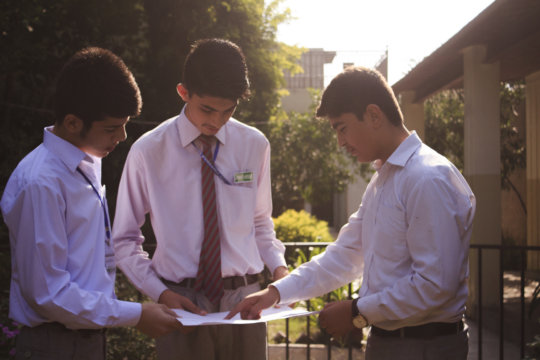 Since our last report, where we told you Shahzad’s story, more young people have found alternatives to violence and chosen peaceful ways of life. Since then, the leader of the project that changed Shahzad’s life has commented, ‘’a sense of harmony and a sense of mutual respect among young people of different faiths has been developed as a result of the project’’.

Like Shazhad used his passion for poetry to spread messages of peace, Jan used his love of writing to challenge violent ideas. As a teacher, he began to realise the danger of young people being radicalised by the Taliban, and decided to work with Aware Girls to make a difference, and promote peace.

When he noticed that the Taliban had started to take over his community, he used the only thing he really knew how to do to try and stop them, he started writing.. Jan remembers, ‘‘I always liked reading and from early childhood, I would read anything I could get my hands on’’. But soon he realised that this action was not enough to save the young people in this community from the Taliban’s radicalisation. Inspired to take greater action, Jan started to teach his young students about peace and conflict resolution, and urged them to stay away from the Taliban.

In 2013, he came across Aware Girls and attended one of their trainings, giving him greater knowledge on fighting radicalisation and extremism. He encouraged the young people he worked with to attend the trainings as well, to give them an alternative to violence. Jan risked his life trying to deradicalise young people who the Taliban had already been teaching. He was determined to show them a peaceful way of life, but he risked them telling the Taliban about his activities, and he became a target for Taliban attacks.

Despite the danger, Jan continues to teach young people about peace. He was able to teach a young boy who had been brainwashed by the Taliban from a young age. He reflects, ‘’now he is in the 8th grade. He writes very good poetry and looks after my library, which I have opened for youth to expand their horizons on the world, peace and pluralism’’.

With your support, we can more give people alternatives to extremism. 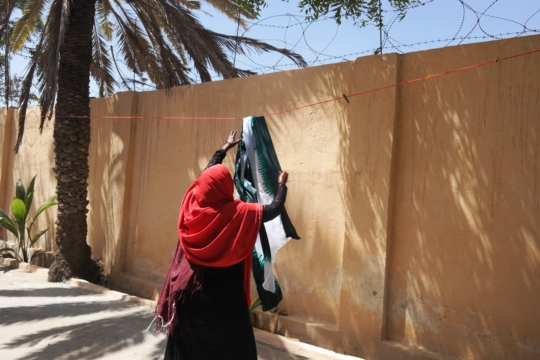 Since establishing this project, local peacebuilders have been working tirelessly, with many successes, to bring peace to their communities.

This year, we have built a new partnership with a local peacebuilding organisation in Syria. Working in Idlib province, the organisation are working to strengthen civil society in Syria, and encourage civil society organisations to work for democracy and liberty. When their office was bombed by ISIS last year, five of the team tragically lost their lives. Following this, the remaining  were offered asylum in France, but they have bravely stayed in Syria, in solidarity with their fellow Syrians, to strive for peace for their nation.

SADO, our partner in Somalia, has continued to support young people in giving them alternatives to violence and extremism. In Somalia, opportunities for young people to get into education or employment, or support themselves at all, are scarce. As a result, many are at risk of being recruited by militant group al-Shabaab who often offer them money. SADO offers internships and grants to young people in skills like plumbing and tailoring, giving them the chance for a sustainable income and an alternative to a life of violence.

We have also developed a new partnership with an organisation working in Kano, northern Nigeria, called Peace Initiative Network (PIN). Violence continues to threaten many lives in northern Nigeria, and young people are still at risk of being recruited by Boko Haram, sometimes to carry out suicide bombings. PIN encourages people from different religious, ethic, and regional backgrounds in Nigeria to work together for peace and reduce the risk of violence, being a local organisation they have the benefit of a good degree of trust amongst communities, meaning their work can be most effective.

With your support, all of our local peacebuilding partners around the world can continue saving lives, and building peace, one person at a time.

This is Shahzad’s story.

Shahzad lives near Khyber Pakhtunkhwa. Recently, the region has seen increasing violence, especially around the month of Muharram, a sacred month for Shia Muslims. Different ethnic and faith groups continue to battle each other in this area. Young people are at great risk of joining extremist armed groups such as the Taliban.

Shahzad was at risk of Taliban recruitment. Then he was persuaded to attend training with Aware Girls. He began to learn about conflict resolution, and find an alternative to violence.

At first, Shahzad found the training difficult. He was sharing a room with some Hindus, something he had not had to do before. Like some of the other young people on the training course, he was angry about having to interact with people from a different faith.

A few weeks passed and Shahzad kept attending training. At the training, he started becoming friends the young people from different regions and faiths. He stopped feeling angry and realised that they were all just people.

Inspired by his training and new friendships, Shahzad began to spread these lessons and messages in his own community. He started setting up poetry sharing events with people from different faiths and religions. They brought people together and helped them overcome their differences.

Thanks to your support, Aware Girls has been able to train Shahzad, and many others. So far, these young people have reached a further 686 teaching them about acceptance and non-violence. But there are still many others whose lives are at risk of being destroyed by violence. Please help by continuing to give young people an alternative to violent extremism.