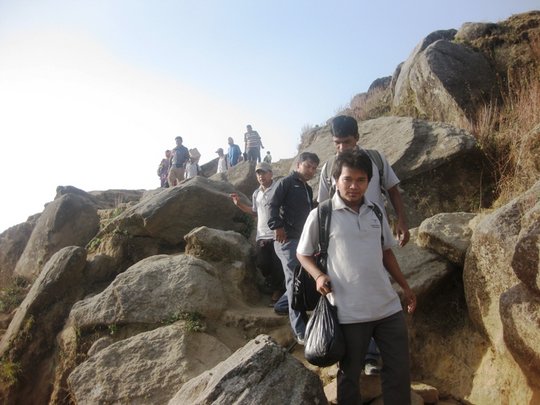 Outreach Team on their way to an Remote Eye Camp

On behalf of the Himalayan Cataract Project, I would like to thank you for joining us in our mission to fight curable and preventable blindness in the developing world. It is through your generous contribution that we are able to bring world-class eye care to the most remote regions of the world.

The Himalayan Cataract Project and Tilganga Institute of ophthalmology have been organizing Outreach Microsurgical Eye Clinics (OMECs) to extend eye care are services in the under served regions of Nepal and India for more than a decade.

From February 25th to 27th 2010, an OMEC was carried out at Jagadguru Kripalu Charity hospital at Managarh-UP, India. A total of 2,181 patients were examined and one doctor and five support staff performed 520 cataract surgeries.

On the 24th and 25th of March another OMEC was organized in Pakhribas in eastern Nepal. A total of 1,363 patients were examined and two surgeons performed 125 cataract surgeries.

On March 30th and 31st an OMEC was carried out in a very remote area of eastern Nepal near Kanchanjangha Mountain region. After trekking three and half days the team examined close to 1,000 patients and performed 81 cataract surgeries The Himalayan Cataract Project co-founders Dr. Geoff Tabin and Dr. Sanduk Ruit were part of the team.

Tilganga is planning 14 OMECs between July and December and they expect the total number of surgery to reach 3075. 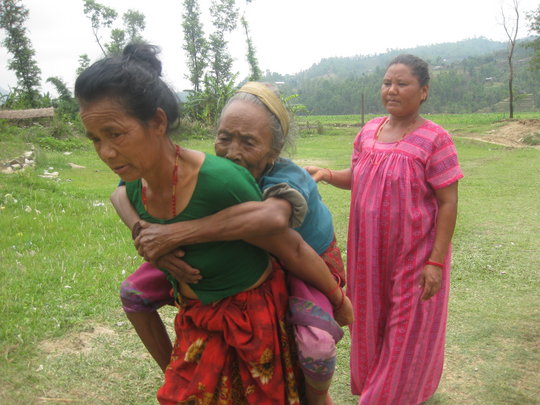 Patient carried to an Eye Camp 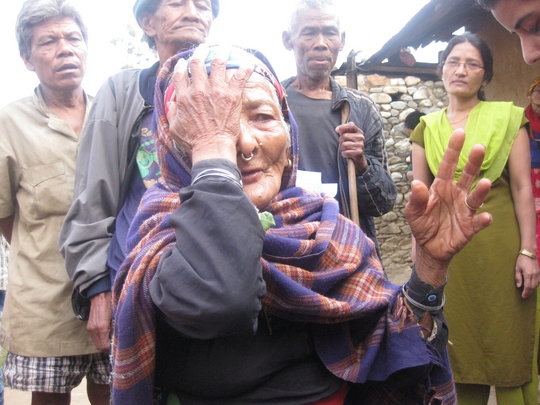 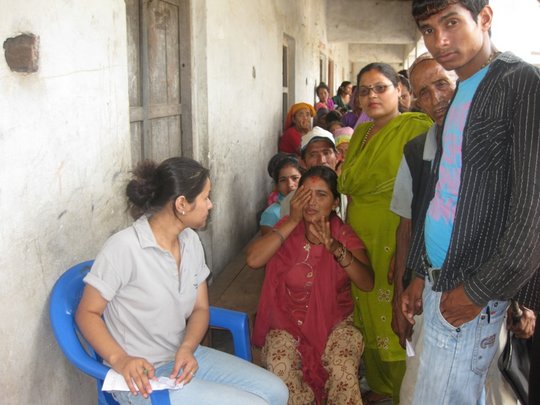 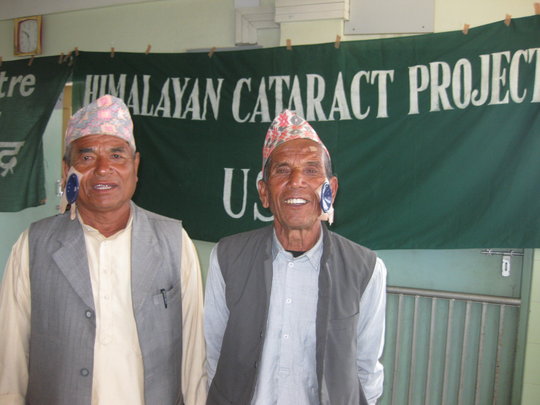 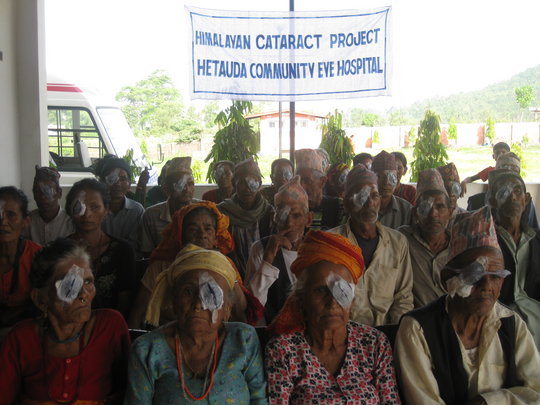 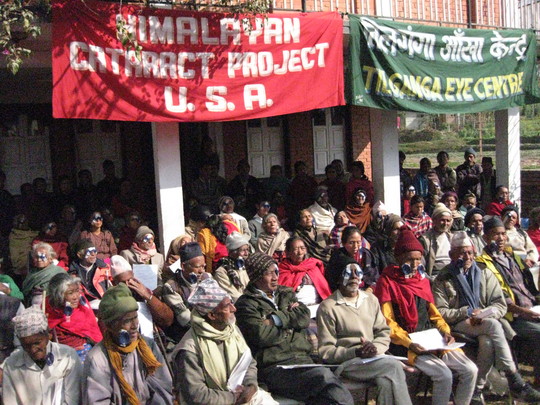 In response to your support, the HCP would like to express our sincere gratitude for your continued involvement with this project. We greatly appreciate your support in the past and hope that you’ll continue to join us in our efforts to eradicate preventable blindness.

Since 1994, a total of 68,174 sight-restoring surgeries were performed in various Remote Outreach Eye Camps (OMECs) in Nepal, India, Tibet, and Bhutan. In 2009, the HCP sponsored 7 OMECs in which 7,681 people were screened and 1347 sight restoring surgeries were performed. Between February 10th and 14th, 11 screening camps were conducted in central Nepal. As a result, 2,858 patients were examined and 581 cataract patients were selected. The following are stories from two patients:

Rajkali Dhanuka a 60-year-old woman from Bara District was very happy when she got her sight back. Before her surgery, she could only hear her grandson’s voice and she felt hurt because she couldn’t see him. She was very eager to see her grandson and she is now very pleased with Dr. Ruit and his team. She said " you (Dr. Ruit) are god, my house is temple and my son and grandsons are holly gods "

Mrs. Dhanamaya Pandey a 70-year-old woman from Makawanpur District used to care for local villagers’ goats and buffaloes daily. Due to her sight loss, she could not continue her work and she spent her days lying in a corner in her house. She heard the notice of the eye camp on local radio and she came to check up her eye, the screening team found cataract as the cause of her sight loss and brought her to the hospital. At first she declined surgery due to fear but after counseling she finally agreed. After surgery she said "if I had rejected surgery my life would be worst, now I am happy I can see every where and every one, I can continue my daily work." 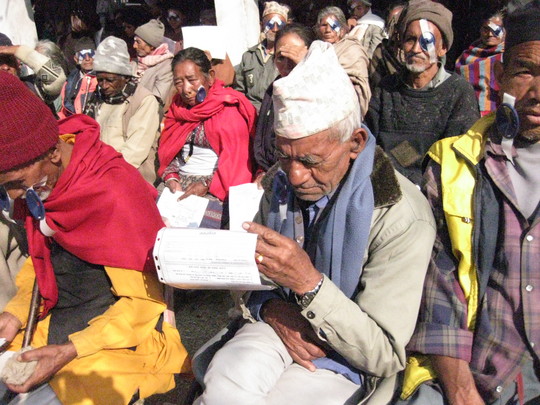 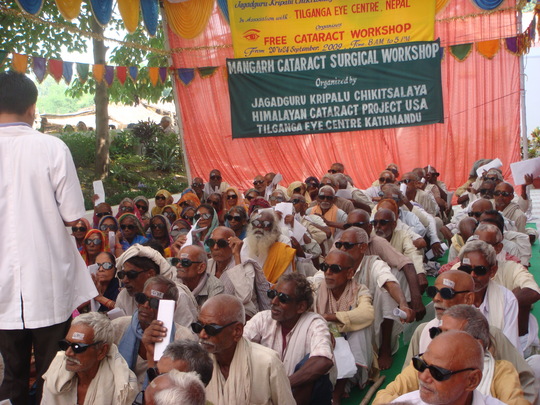 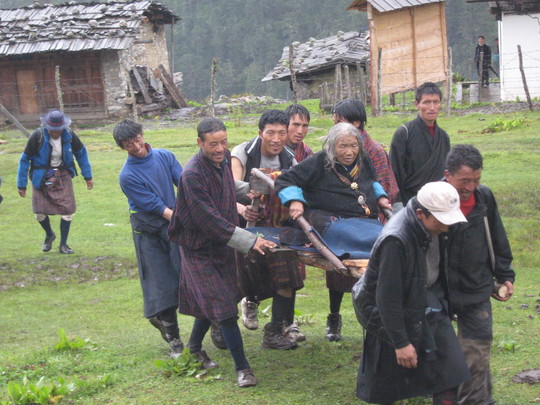 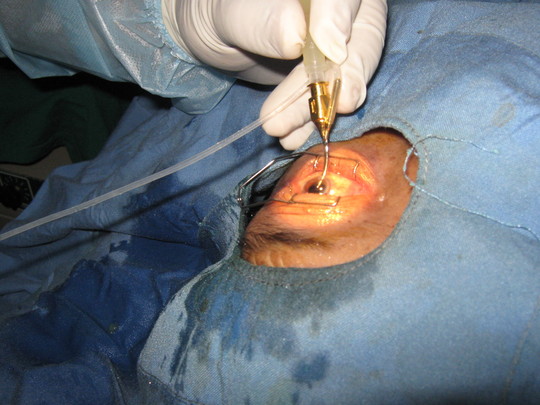 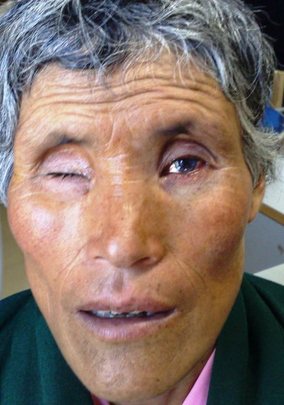 Please click below to see a celebration of 2006 in photographs as well as the 2005 Annual Report from Himalayan Cataract Project.

Attachments:
‹ 1 ... 29 30 31 32 33 34 35 36 37 ›
WARNING: Javascript is currently disabled or is not available in your browser. GlobalGiving makes extensive use of Javascript and will not function properly with Javascript disabled. Please enable Javascript and refresh this page.