Your support for children in Romania is making an amazing difference! 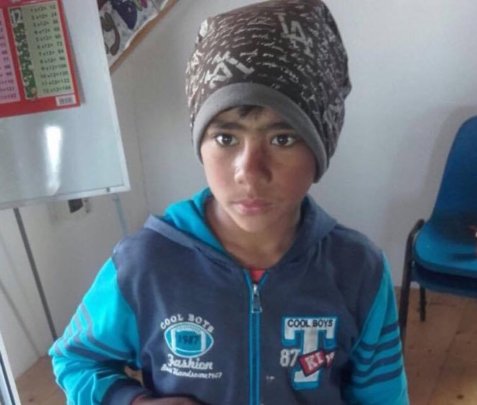 A big thank you to each person who supports Refugiu's tutoring and mentoring programme in Romania! The tutoring scheme continued throughout the summer. The children are all making good progress. They come from very disadvantaged backgrounds and would usually not receive such support with their education. Thank you for making this possible.

Robert, the Head of Refugiu, gave the following updates:

One of the girls, Gabriela, received a certificate from her school for being the second top student in her class. She is greatly benefitting from the tutoring sessions and her teachers are impressed with her work.

Razvan, aged 12, comes from the same village as Gabriela, and also attends the tutoring programme. He has two younger siblings. His father passed away in prison a few years ago. He has inherited an eye problem and is slowly losing his sight.
One day he asked Robert "Why do you do what you do to help the Roma children?" Robert replied, "Because we need to take care of each other." Razvan thought for a bit and then said "I want to be like you, to take care of others."
Robert said that he felt happy when he heard this, because, as well as helping the children with their school work, he also wants to inspire the children to do good for others in life.

Robert was hoping to arrange a picnic for the children at Refugiu's programme over the summer, but it was not possible to arrange transport for them all. Instead, he brought some food so the children could have a picnic in the classroom. They ate "mici", a Romanian dish of barbecued ground meat rolls. The children were very happy!

As well as supporting the children with their education, Refugiu also assists in other ways. Ianis, one of the youngest children at the tutoring programme, has a baby sister. She became ill and had problems with her pharynx and vocal cords. Refugiu made it possible for the baby to see a doctor.

Thanks to CHW's supporters, Refugiu was also able to distribute food to two of the families of children attending the tutoring programme.

There are always a lot of needs before the new school year starts. We are very grateful to all who support this programme through CHW and GlobalGiving, as Refugiu will be able to provide each child at the tutoring programme with stationery, clothes and shoes in time for the new term.

We are thankful for all your support. Your help allows the programme to continue and this is making such a big difference for the children. Thank you! 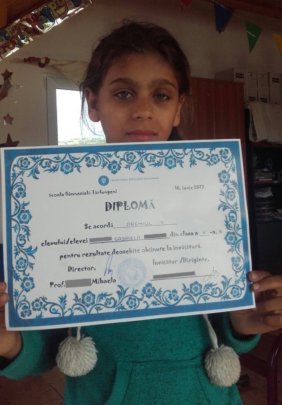 Gabriela with her certificate from school 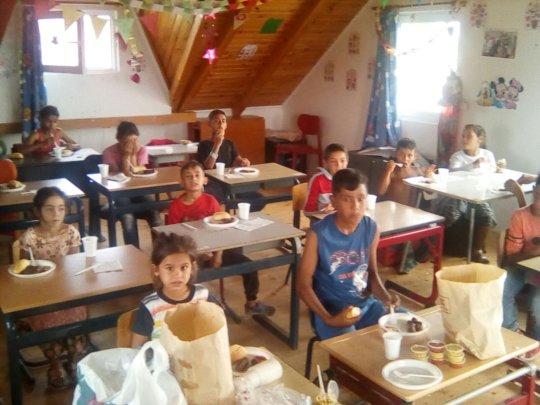 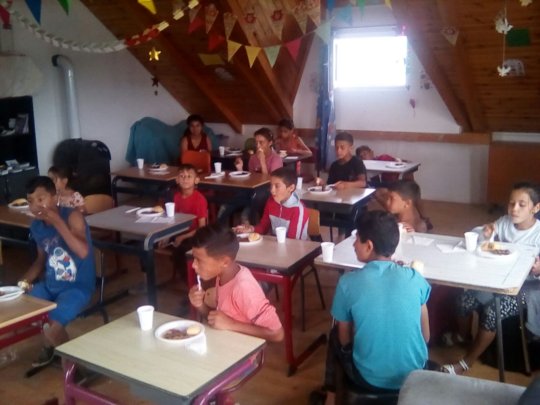 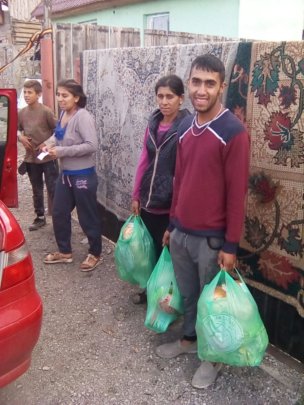 One of the families receiving food 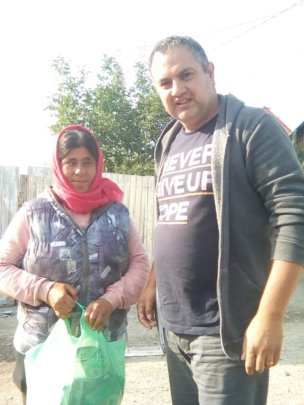 Robert distributing food to one of the mothers
Aug 2, 2017

A new group of children will learn about science in Cape Town! 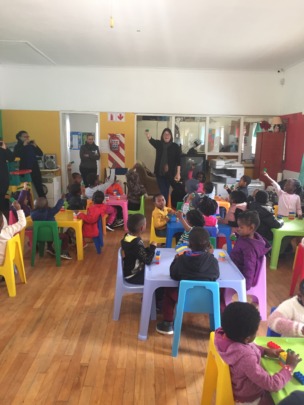 Having been able to spend time at ORT SA CAPE during my time in South Africa recently, I am able to give a personal update on how much of a difference you are making to the children at their programmes! I am truly grateful to each person who has been sponsoring the science and robotics workshops run by ORT SA CAPE.

Karen at ORT SA CAPE invited me to join her on a visit to Pinocchio Creche. Helen, who runs the creche, had reached out to ORT SA CAPE, and it looks like a promising new partnership. The creche caters to 70 children between two and six years old. It is located in Green Point and is attended mostly by the children of domestic workers. Helen's mother, Maggie Oewies-Shongwe, founded the creche. Having worked as a domestic worker from the age of nine herself, she was acutely aware of the inequality and disparities experienced by non-white labourers in South Africa. She went on to start a service addressing these workers' needs for a safe, nurturing and developmental environment for their children.

As an exciting development, CHW may help to sponsor ORT SA CAPE's activities with Pinocchio Creche and we may also form our own direct partnership with the creche too, which would allow CHW's supporters to help with other needs there. Helen and her team do amazing work and it would be wonderful to get involved.

On Mandela Day (18 July), Karen and the team from ORT SA CAPE invited me to join them again, as they ran a programme, and also made donations of food and educational materials, to the creche. Karen led Lego 6 Bricks activities with the children. It was wonderful to see this in person, after receiving updates from ORT SA CAPE on the workshops that CHW's supporters had previously sponsored! The activities allowed the children to explore colours and to build towers in different ways, both individually and in groups, and it was great to see their enthusiasm and engagement. Four children sat at each table. I helped at one of the tables, and one of the boys, Yolo, aged 5, was the fastest out of the whole creche to build towers and make the correct colour sequences. He quickly helped the others on his table during group activities. As well as doing activities directly with the children, ORT SA CAPE is planning to carry out teacher training at the creche too.

Karen said, "ORT SA CAPE is looking forward to our budding relationship with Pinocchio creche and CHW. After our successful Mandela Day programme, we are confident that Helen and her staff will embrace the training and support we are offering. This will make a measurable difference in the lives of these special children."

GlobalGiving is holding a Youth Week Campaign starting at 2pm (UK time) on 7 August and ending on 12 August. Whilst matching funds last, donations of up to $250 will be matched. If 20 people support our project for ORT SA CAPE, and between us, we raise $2000, further bonus cash prizes will be made available by GlobalGiving. If you would like to support the children helped by ORT SA CAPE, this would be the perfect time to do so, as your help will go extra far during that week!

A huge thank you to each person who is supporting ORT SA CAPE's work. Your help is making a real difference to disadvantaged children in Cape Town. 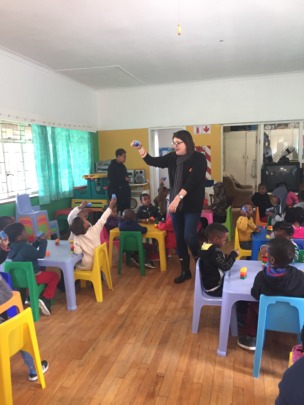 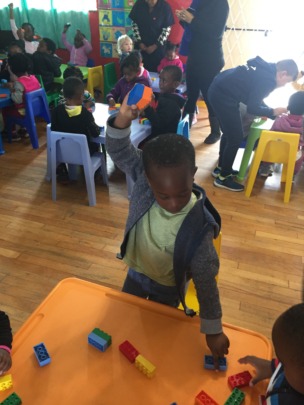 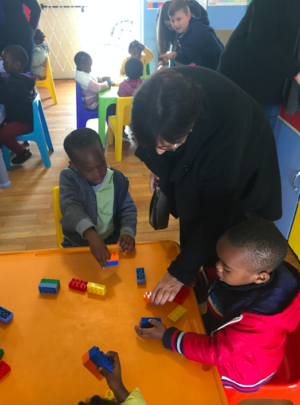 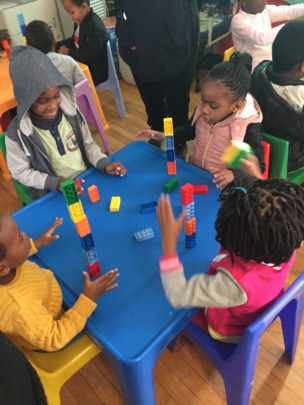 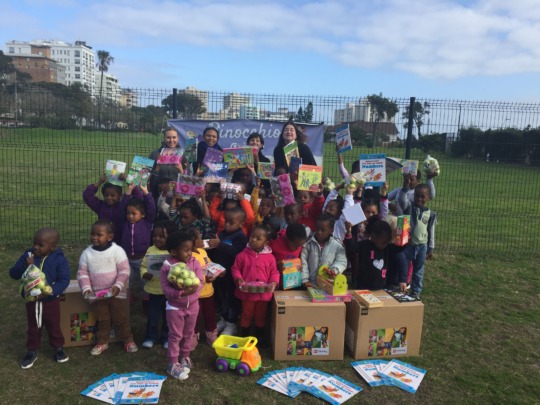 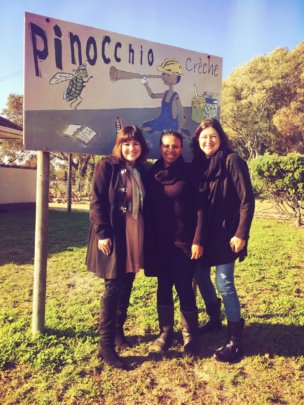 You are giving children in Romania a chance to learn 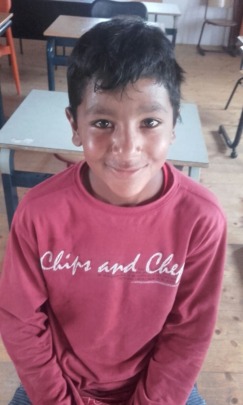 A massive thank you to each of you who support Refugiu's tutoring and mentoring programme in Tarlungeni, Romania, through Children's Helpers Worldwide. You are making such a big difference for the children and teenagers at this project.

Robert, the head of Refugiu, has sent us the following updates. Two new boys, Ianis and Alex, have joined the programme.

Ianis, aged 3, is very happy to be at the programme and enjoys all the activities very much.

Alex, aged 10, has had a very difficult start to life. He is the half brother of two younger children at the programme, Lushu and Mirabela. He used to live with his grandmother in another village, Hetea. His grandmother forced him to beg in the city of Brasov for years and he ran away and went to Tarlungeni, to live with his mother again. Robert asked him why he left and Alex replied:

"There was great poverty. I wanted to go to school but they did not let me go. I did not have a bed to sleep on. I was sleeping on the bare springs of a mattress. I did not eat some days but I had to make money."

Robert said about Alex:
"He is a boy who does not miss the programme and who has the desire to learn to write and count."

A big thank you to all of our supporters for giving this opportunity to these two boys!

Delia, aged six, has been making good progress. She has been attending the programme for a couple of years. Robert said that when she first came, she just wanted to play, but now she is the one who writes the most nicely among the children in the younger group.

We are grateful to everyone who supports these children. In April, we took part in GlobalGiving's Little By Little Challenge. Our supporters donated $868 and we were awarded $356 in bonus funds from GlobalGiving. This will support the programme for another four months! Some of the people who contributed kept their donations anonymous but from what we know, contributions were made from people based in Australia, Belgium, England, The Netherlands, Romania, Russia, Scotland, South Africa, the USA and Wales!

Locally, one of our volunteers in Brasov, Manuela, arranged a collection of items and donated these to Refugiu just before Easter. The items included 6 big bags of clothes, 22 notebooks, 4 sets of crayons, 21 pencils, 2 kg of oranges, 2 kg of flour 2 kg of cornflour, sweets, and a blanket. In May, she was also able to donate a crib, bed clothes and a mattress.

In the UK, Sarah, who has volunteered in Tarlungeni a few times, sent a parcel to Refugiu, with pencil cases, stationery and educational items, among other things, for the children. Katherine, also from the UK, found us on GlobalGIving. She and her family support this project on a monthly basis and they sent a special donation for Easter and an Easter card too.

It is wonderful that people are coming together from around the world to support these children! All of us at Children's Helpers Worldwide and at Refugiu are so truly grateful for all you are doing for the children and teenagers in Tarlungeni! 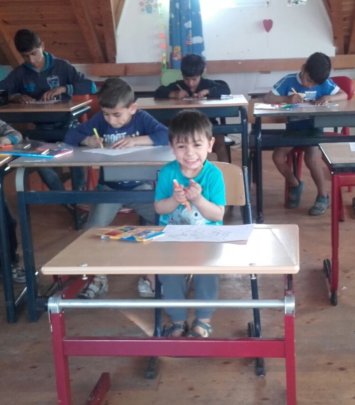 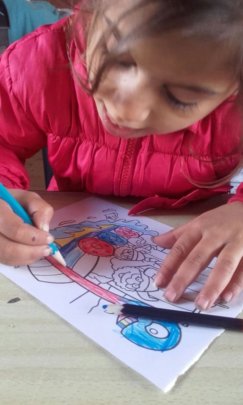 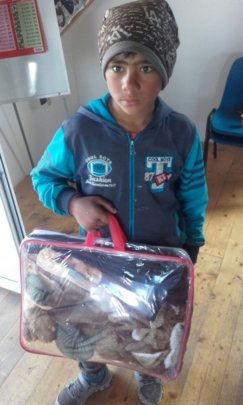 With some of the clothes from Manuela's collection 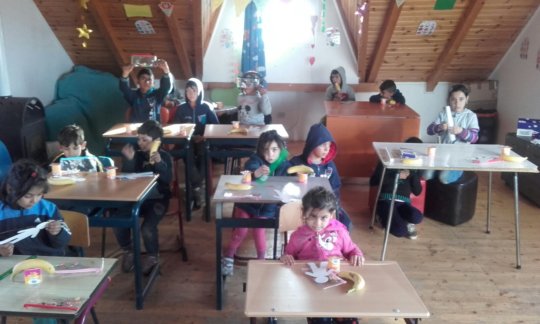 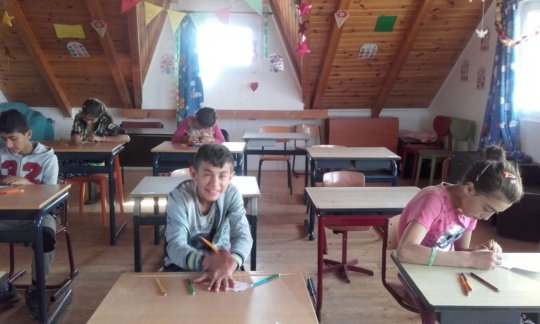 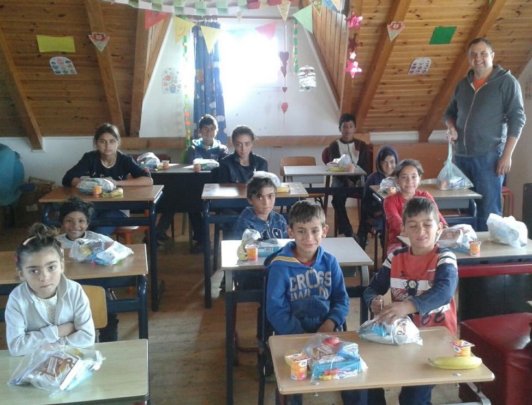 Treats for Easter, thanks to Manuela and Katherine