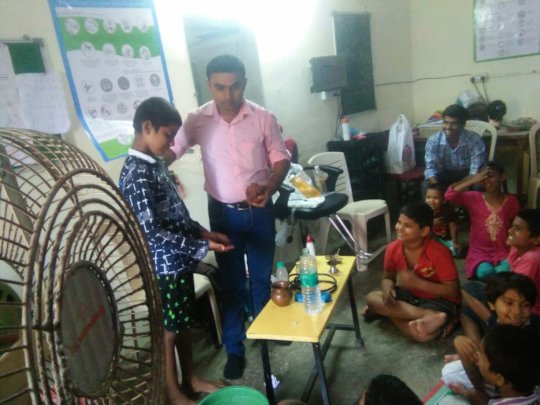 India is said to be one of the most superstitious countries in the world. Superstition is prevalent among all classes- rich and poor. Superstition is contrary to development and hence is also a sign of illiteracy, poverty and above all backwardness. Superstition is anything that is based on blind faith and mostly leads to some harmful consequence. In summary, it is opposite to rationality.

In order to fight the plague of superstition and superstitious beliefs among people, Andhshraddha Nirmoolan Samiti (ANIS) was founded by the great mind Dr. Narendra Dabolkar. Dr. Dabolkar identified superstition as one of the biggest social evils in the Indian society and envisioned a society where each person could leave free of the shackles of baseless practices and beliefs. The organization therefore works towards spreading awareness among people.

Maharashtra Andhashraddha Nirmoolan Samiti (MANS) or (Maharashtra Blind faith Eradication Committee) is a voluntary organization working through 310 branches located in rural and urban Maharashtra, Belgaum in Karnataka and Goa. It does not receive foreign or government funding. It’s a People's movement working solely on support of the people and for the people.

Maharashtra has a long legacy of rationalist social reformers who always took an objective and informed stand against superstition. The constitution of India has stipulated adoption of scientific outlook as one of the responsibilities of every Indian and has included it as a value to be inculcated through education. MANS has resolved to further this rational legacy through purposeful activities and programmes. The eradication of blind faith can be achieved by these four main Aims and Objectives:-

1. To oppose and agitate against harmful superstitions and rituals which misguide and exploit.

3. To encourage constructive and critical analysis of religion, traditions and customs.

4. To associate and work with progressive social reform organizations.

In keeping with spreading awareness against superstition and introducing a scientific temper among children, session on Science and Magic was organized by ANIS. About 40 children attended the session. They were excited to see how camphor reacts with fire, knowing about chill-lemon superstition to prevent ghosts entering the house on the night of no-moon. They also learned about muhurat and how there is no impact from it. Children also said that hence forth they would avoid keeping unnecessary fasts, as nutrition for the body is extremely important and long fasts induce problems of acidity and dehydration.

As it is said by the Father of Economics, Adam Smith, said ‘Science is the antidote to the poisonous enthusiasm and superstition’; this is reflective in the awareness sessions and the need for a scientific temper among all classes and age groups. 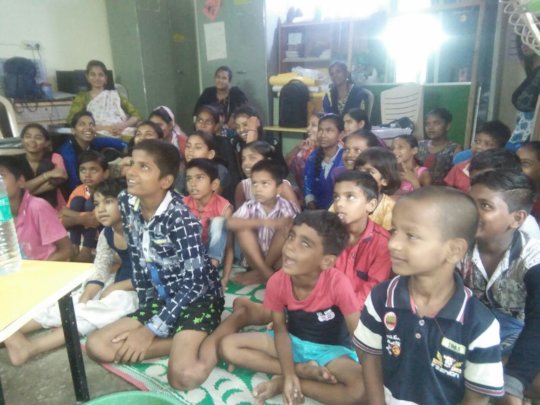 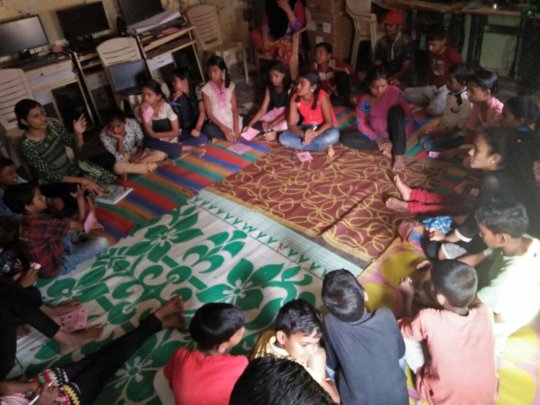 “Extremists have shown what frighten them the most: a girl with a book.” – Malala Yousafzai, youngest Noble Peace Prize winner

Bal Adhikar Sangarsh Sangatan (BASS) and Nakshatra girls group of Malwani Yuva Parishad jointly organized a half day program for the women of the community. Women’s day cards were made and distributed to all the anganwadi teachers, parents and others. The hall was decorated with pictures of women Chawla, Medha Patkar, Indira Gandhi, Sania Mirza, Saina Nehwal, Rani Lakskmi Bai, Savitri Bai Phule and others. A description of each of them was written for all to read. The program commenced with a welcome address by Sumati from YUVA, who wished everyone a very happy Women’s day.

Followed by this was a short health session by the doctors from KEM health post, who spoke about women’s health and the importance for them to care for themselves first, in order to have a healthy family. They encouraged the women to think and aspire big, and told them that nothing can stop them from doing great things. A children’s group performed a welcome dance in the form of a short enactment with a message of gender equality.

Girls and women were asked to share experiences from their lives when they had obstacles, yet managed to overcome them and achieve big things. A session of song and dance concluded the event and the message of women empowerment went home. 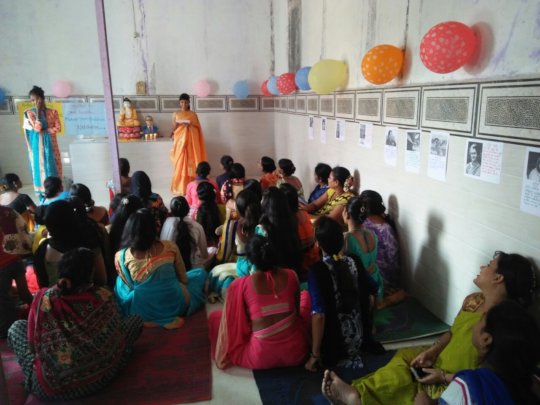 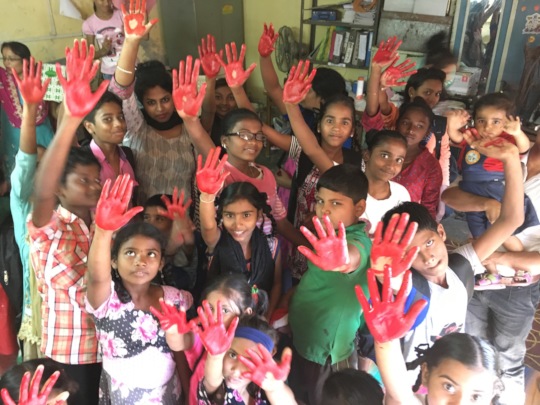 Just as we see in the international context, that children are dragged into military uses and in conflicts as child soldiers, locally, too, children face a many violations of their rights. These child soldiers do not have access to education, health care services and are victims of violence, abuse and exploitation. Similarly, other forms of child rights violations like employing children in labour, abusing them physically, emotionally and sexually, are prominent forms of distresses facing children and impinging upon their rights.

An eviction-prone area like Mankhurd, makes basic amenities and facilities like water, sanitation, education, health care fairly inaccessible, consequently accounting for a high number of malnourished children and youth. In this site of struggle, people have to work constantly to afford two meals a day. Due to thus, many children are employed in child labour which makes them school drop-outs, they take to addiction and gambling, and become vulnerable to abuse. All of these factors scar their formative years and rob them of opportunities for healthy growth and development.

The Red hand movement, while being a protest against the use of child soldiers, is also a symbolic fight against violations of child rights the world over. Right from the safeguarding the right to basic survival, to development, protection and effective participation of children, as per the Convention on the Rights of the Child, efforts are constantly made to create nurturing, conducive, resilient communities and sustainable environments to guarantee the fulfillment of human rights in every context. 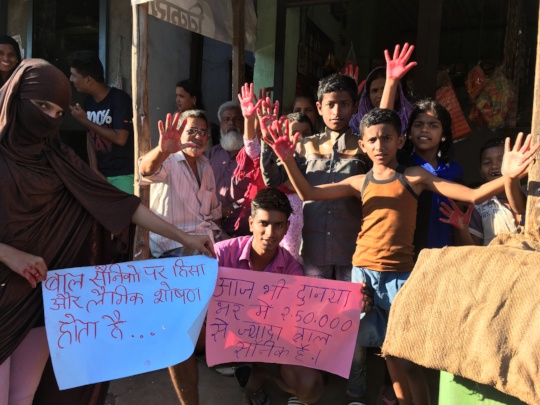 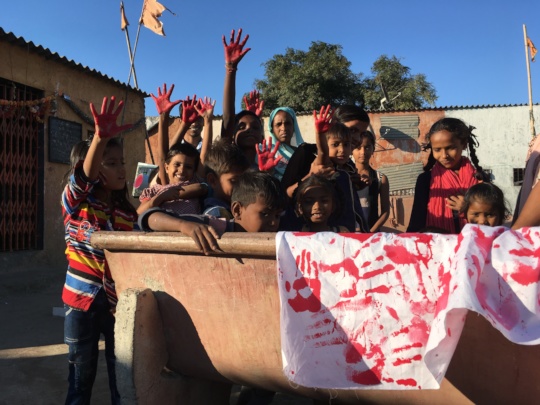