From refugee to educator: James' story 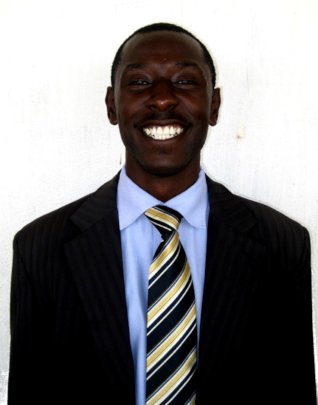 Born in Liberia, James fled the civil war at the age of 15. For 7 years, James lived on the Buduburam refugee camp outside of Accra, Ghana. Passionate about education, James started teaching the children on the camp. He quickly became aware however that the lack of basic literacy skills was a huge barrier. Regardless of the subject he was trying to teach, the children struggled to understand. But to James, literacy was even more than that.

“During my first experience tutoring kids on the Buduburam refugee camp, I realized that literacy wasn't only a skill but it was a sense of liberation. Literacy gave me a means of escape in many instances, when life was the most difficult. I could find joy or imagine myself as a character in a story, thousands of miles away. I could explore secret places on a farm or take a voyage with a boy and his tiger at sea.”

LIFE for Liberia was born out of James’ passion for literacy education. A small number of international donors provided financial support to enable James to teach a focused literacy program to the children of Buduburam, in an effort to unlock greater access to learning. For 5 years, James worked hard to develop the literacy skills of the children living on the camp.

“When people on the camp were in despair and lacked hope the most, it was this simple truth that gave me hope - literacy improved my life. Reading could give people a sense of inclusion, oneness and unity that was clearly lacking amongst Liberians at the time. I'd hoped that the liberty gained by being literate could be given to all the kids in the camp that needed it and they'd in turn be added to a large group of people worldwide - people who could read”.

In 2008, once it was deemed safe to return, James and his family repatriated to Liberia. Soon after, Solon Foundation UK raised money to purchase a plot of land and build a 4 classroom literacy centre in Paynesville, on the outskirts of Monrovia. In September 2009, LIFE for Liberia first opened its doors, providing free, literacy-focused education for 70 out-of-school children in the Paynesville community.

James has proudly served the community ever since, even throughout the Ebola epidemic. He works closely alongside his teachers to ensure students develop the basic foundations for learning regardless of their family background. 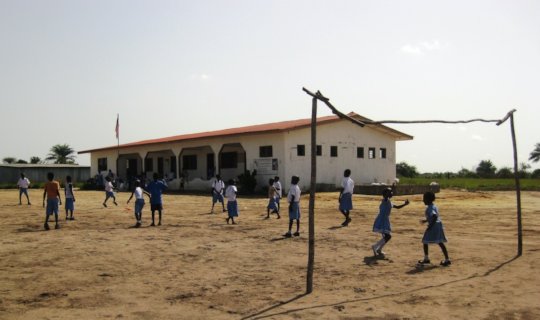 Turning the tide on education 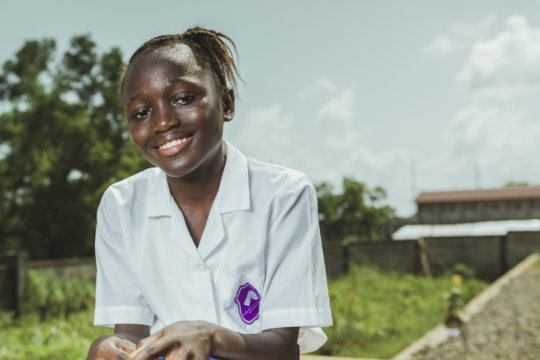 The Turtle Islands are an archipelago of tiny, low-lying islands off the southern coast of Sierra Leone. The islands are home to fishing communities with a rich history and deep traditional practices. But in a country with some of the poorest education outcomes in the world, the Turtle Islands represent a particularly deprived community. A 2011 survey found that less than 1% of women could read or write.

Isha, 13, grew up on the island of Nyangai where there was no formal primary schooling. Children would attend informal lessons every now and then, on days when they didn’t need to go out to fish or gather sticks for firewood. But to complete primary school was rare - to even complete grades 5 and 6, children had to be sent off the island - and to attend junior secondary school was almost unheard of. The chiefdom is one of a handful in the country with no junior secondary school: why finish primary school when there is no opportunity beyond it?

Isha is now in her second year of Junior Secondary School at Rising Academy Grafton in the Western Area Rural district, where her favourite subjects are Maths and Creative and Practical Arts. Last academic year, 17 students were supported. This year, that number has more than doubled, and Isha is one of 38 students from the Turtle Islands attending schools in Freetown on a Solon Foundation scholarship.

"Isha always comes to school happy", says Mr Banya, the master teacher at her school. "She’s very kind and thoughtful and will help other pupils if they’re having difficulty with a task in lessons. Isha also likes to ask the teachers lots of questions and you’ll often find her busy in the library. I’m looking forward to seeing how she’ll do in her BECE exams next year."

In a short period of time the Scholarship Fund has shown that it is possible to turn the tide on education for the children of the Turtle Islands. 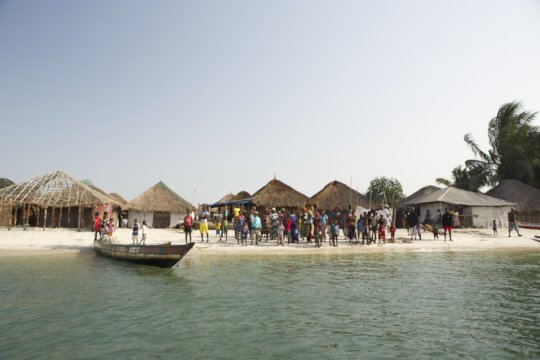 There's something about Mary 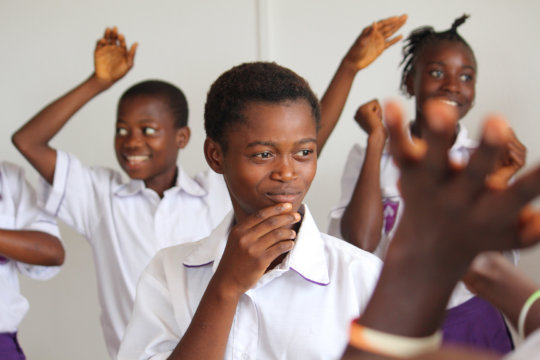 There's something about Mary

Just before Christmas, Mary, 15, got the best present she could have wished for: the news that she had passed her BECE exam, and with it secured a ticket to Senior Secondary School.

The BECE – which stands for Basic Education Certificate Examination – is an important staging post for students in Sierra Leone, marking the end not just of Junior Secondary School (JSS) but of the nine year universal basic education. It acts as a gateway into Senior Secondary School (SSS) or into technical and vocational study.

After her outstanding performance in the BECE – passing all 8 subjects, and receiving a “credit” in 7 of them including both English and Maths – Mary’s dream of going to college and one day becoming a lawyer remains firmly on track.

A few years ago, things didn’t look nearly so rosy for Mary. Primary school had not been kind to her. Her teachers often got angry or beat her if she made mistakes. She squeaked a pass in the national primary school leaving examination by the narrowest of margins, but her underlying literacy and numeracy skills were five grades below their expected level for her age.

Mary’s mother Stella, a single parent struggling to make ends meet as a petty trader, was determined to help Mary get a better education but wasn’t sure she’d be able to afford it. Luckily, thanks to a scholarship from the Solon Foundation, she was able to enrol Mary at Rising Academy Regent, a new school opening in her neighbourhood.

Unfortunately for Mary, that wasn’t the end of her challenges. She should have begun JSS in September 2014, just as the devastating Ebola epidemic forced all schools in Sierra Leone to remain closed. Fortunately for Mary, she benefited from the Ebola Crisis Home Outreach (ECHO) program: an initiative, generously supported by GlobalGiving and other donors, to provide daily Ebola screening and safe, high quality literacy and numeracy instruction in homes for children kept out of school by the crisis. In spite of the challenging environment, Mary made rapid progress in her literacy and numeracy thanks to the program.

When she was finally able to start JSS properly in April 2015, she had to deal with a truncated academic calendar for the first and second year, with six terms' worth of material compressed into four in order to make up for lost time. But even this disruption wasn’t going to hold her back.

To put Mary's remarkable achievement in context, the national BECE pass rate in Sierra Leone has typically hovered around 50% in recent years. Performance in the core subjects of English and Maths has been particularly weak. In 2011, for example, less than a quarter of students passed Maths and the proportion getting a credit was less than 3%.

Mary's story shows what an incredible difference the gift of a good education can make.

It shows that just sending children to school in itself is not enough; what matters is what happens in school, and the type of education they receive when they get there.

Above all, it shows there really is something very special about Mary. 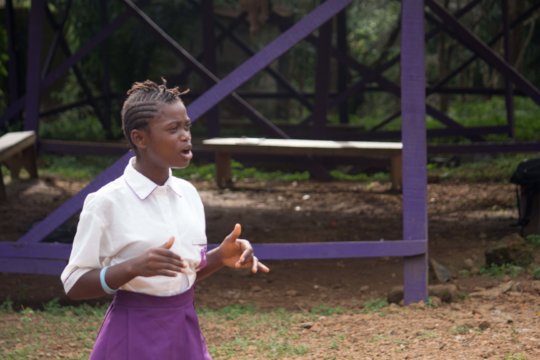 Mary's growing confidence
‹ 1 2 3 4 5 6 7 8 ›
WARNING: Javascript is currently disabled or is not available in your browser. GlobalGiving makes extensive use of Javascript and will not function properly with Javascript disabled. Please enable Javascript and refresh this page.