Kaziranga Roars to the Top of the Tiger Table 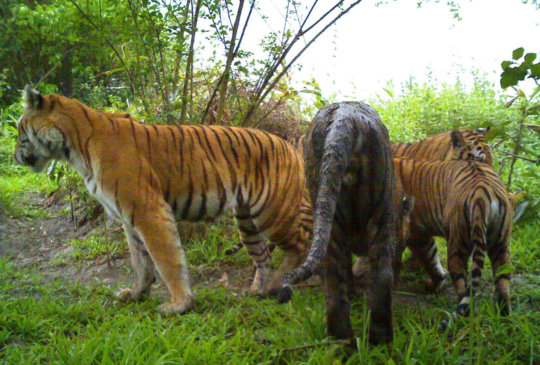 It’s been a mixed start to the year for Kaziranga National Park in Assam where we work to protect wild tigers. Along with news that it has the highest density and the third highest population of tigers in India, comes the news that a fifth rhino has been killed in the park in 2016.

“It’s a sad fact that the presence of one-horned Indian rhino in Kaziranga creates an easier target for poachers than the more elusive tiger,” says DSWF CEO, Sally Case. “That these ancient and highly threatened animals unwittingly protect their feline neighbours from poachers is a difficult truth to bear.”

According to research carried out in 2014 by the Wildlife Institute of India and the National Tiger Conservation Authority the tiger density in Kaziranga is 12.72 per 100 km2, followed by the Jim Corbett National Park (11) in Uttarakhand and Bandipur National Park (10.28) in Karnataka.

The park, which was declared a UNESCO World Heritage Site in 1985 and a tiger reserve in 2007, covers an area of 860 km2 and is rich in rare species of flora and fauna.

This is the first time that a central report has named Kaziranga as having the highest density of tigers. Although, DSWF funded NGO Aaranyak made the claim in 2010 after camera-trapping the central and western areas of the park. It is estimated that Kaziranga has 113 adult tigers with a carrying capacity - the maximum number that can be supported by the environment - of c.141. Early results from an extensive camera trap exercise carried out in 2015 by park authorities suggests there may be as many as 120 tigers in Kaziranga.

“This is great news for Kaziranga and is indicative of the rich biodiversity and health of the reserve,” adds Sally Case. “For the last 22 years DSWF has funded anti-poaching and community outreach projects to help protect the precious wildlife and biodiversity of this unique eco-system. This latest news is testament to the hard work of everyone involved in protecting Kaziranga and of our supporters continuing generosity.”

Thank you to everyone who supported our appeal to fund a third anti-poaching dog in Assam this winter too. These amazing dogs help track down poachers and gather vital evidence to convict them. The funds are now in but the difficult job of finding the right puppy is currently underway. We’ll update you as soon as we have more news!

With the Duke and Duchess of Cambridge due to visit Kaziranga in April we are also hoping that the media coverage they are bound to attract will help spread awareness of the importance of the park and its stunning flora and fauna to a wider audience. 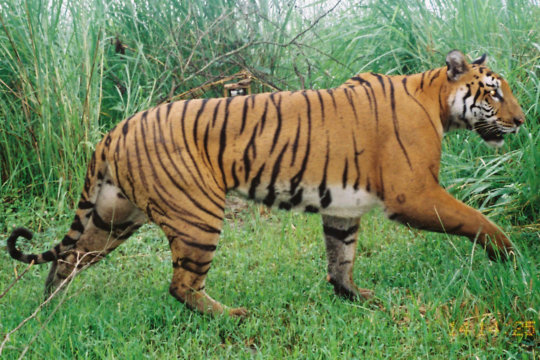 Showing his best side one of Kaziranga's tigers

A tough year ahead for the world's wild tigers 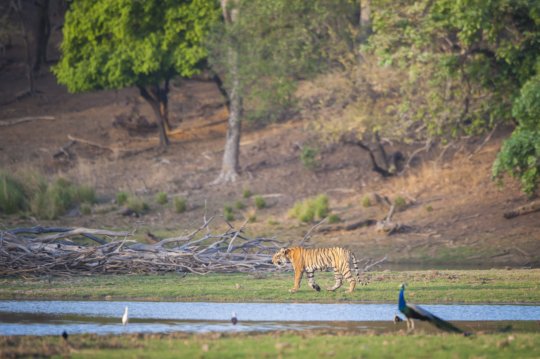 Calculating the true number and range of wild tigers has always been a challenge. Free ranging and reclusive, tiger territories stray beyond the boundaries of the national parks dedicated to protect them. Our work to protect these precious populations does the same. As well as working to protect the tigers of Kaziranga we work across the Indian sub-continent helping to mitigate human-animal conflict ensuring that communities live in harmony with wild tigers. In Thailand and Russia we do the same, combining park protection and anti-poaching with education and community outreach to provide an holistic approach to saving these magnificent big cats and their precious forest habitats.

But tigers need more than physical protection, they need the political will to save them along with a huge change in attitudes to the use of and trade in tigers, their parts and derivatives. China and Laos, among others, pose a huge threat to the survival of the tiger in the wild as they continue to flout international laws and stockpile captive bred animals and their body parts and, in some cases, openly sell tigers alive and dead perpetuating the trade in tigers, wild and captive.

In 2016 there are two important international meetings of CITES - the Convention on International Trade in Endangered Species of Wild Fauna and Flora an international agreement between governments that aims is to ensure that international trade in specimens of wild animals and plants does not threaten their survival. Since 2015 the chair of the working group governing Asian Big Cats, which includes tigers, has been held by China and a man known for his pro-trade tendancies. As part of an international coalition of NGOs determined to fight the relaxation of the laws governing the trade we will be working hard to ensure that tigers remain protected and that those countries with captive breeding facilities have laws in place that prohibit domestic trade. You can read more on our TigerTime campaign site here

Saving tigers is not simple - it demands co-operation at a grass roots level to protect tigers and their habitats and on the world stage it means protecting tigers and their intrinsic wildness by not allowing them to be farmed like pigs and sheep.

While the 150 tigers in Kaziranga represent a small percentage of the 3,000 wild tigers left on this planet our work to protect them, and their cousins in Thailand and Russia, is a crucial part of ensuring a sustainable future for wild tigers and the forest homes that are so vital to all of us for the oxygen they create and the water they sequester.

Thank you again for supporting our work in Kaziranga, saving this landscape and its wildlife is invaluable to the bigger picture of tiger survival on Earth.

During 2016 we will bring you more news about how your contributions are helping to make a big difference for Kaziranga's tigers. 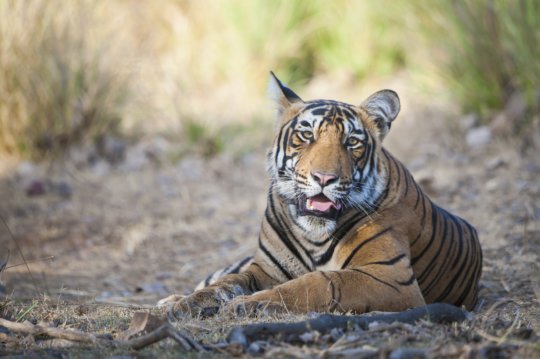 A young male at home in the wild

A little goes a long way in conservation 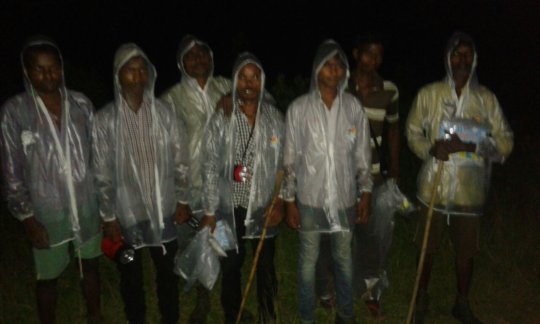 One Village Defence Party in their new rain coats

It's dark, the rain has been falling for weeks but today, like every day, a local group of men make their way out into the night to patrol their section of road that flanks their village and Kaziranga National Park. Unpaid, but determined to protect the precious wildlife within the park, the Village Defence Parties patrol the borders through the night, every night, staying vigilant, watching out for poachers.

When we met them on a recent trip to Assam, the villagers asked whether they could have raincoats for the monsoon season and, with your support and the help of our partner NGO, Aaranyak, we were able to help with the distribution not only of raincoats, but shoes and torches to 14 Village Defence Parties in the Jokholbandha area.

After the official park rangers and police these local heroes form a second-line of defence, playing an important role in the 'smooth governance' of the conservation of the precious tigers, one-horned rhino, Asian elephants and countless birds and mammals that share the park.

Having met the amazing men who, without thought for their own safety, patrol the park borders every night, we hope that this small act of support will encourage them to continue the exemplary work they do to protect wildlife.

Thank you to everyone who has supported our work through Global Giving. Your support has enabled us to give beyond our annual funding commitments to help build the morale and encourage the community engagement that is so vital to the sustainable future of Assam's tigers.

‹ 1 ... 37 38 39 40 41 42 43 44 45 ›
WARNING: Javascript is currently disabled or is not available in your browser. GlobalGiving makes extensive use of Javascript and will not function properly with Javascript disabled. Please enable Javascript and refresh this page.