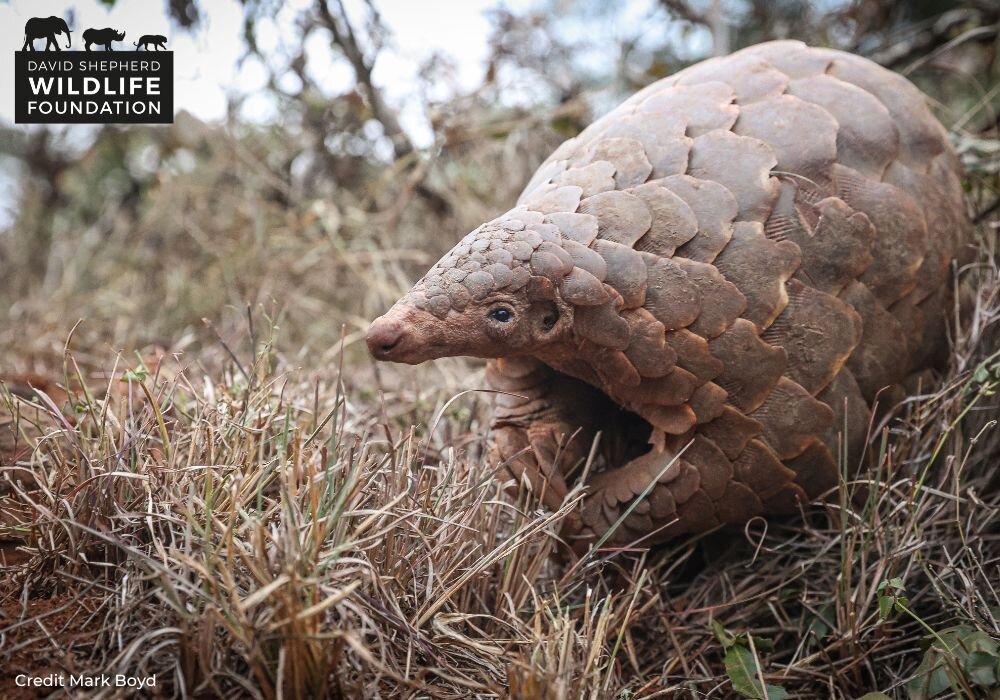 Pangolins are currently the most illegally trafficked mammals on Earth. Our aim is to counter the wildlife trafficking of pangolins and to improve the long-term survival of the species in the wild. By disrupting organised criminal syndicates involved in the trafficking of pangolins in Africa, empowering law enforcement officials and funding demand reduction campaigns in Asia, DSWF works at all levels of the illegal wildlife crime cycle to ensure the survival of this 80-million-year-old species.

Over one million pangolins are believed to have been traded illegally in the last decade, making them the most heavily trafficked wild animal in the world. Pangolins are in high demand for their meat which is considered a local delicacy, for their scales for medicinal purposes in Asia, and their leather for wearable goods in the USA.

DSWF supports investigators and prosecutors with rigorous training and mentoring to equip them with the capabilities to build strong cases for the prosecution of wildlife crimes associated with pangolins. In Asia, we support demand reduction campaigns to increase public awareness of the crisis, debunk the false belief that pangolin scales hold medicinal value, and build broader support for the conservation of pangolins.

The project will discourage poaching, increase prosecution levels and empower communities to not partake in the consumption of pangolin parts and their derivatives. DSWF's support also aims to stop the demand of pangolin products, help change consumer behaviour in Asia and inform people about the need to protect pangolin populations to avoid the extinction of this incredible species.

Project Leader:
Theo Bromfield
Guildford, Surrey United Kingdom
$15,977 raised of $20,000 goal
You last donated to this project on
296 donations
$4,023 to go
* Amounts in US Dollars
Donate Now
Donate once
Donate monthly
$10
USD
Could provide rations for a wildlife ranger working to prevent poaching in the field
›
$20
USD
Could help support consultant trainers to educate law enforcement officials on investigation and prosecution techniques
›
$50
USD
Could go towards engaging communities as to the legal risks associated with pangolin poaching
›
$150
USD
Could go towards funding investigations to disrupt criminal syndicates
›
$500
USD
Could help fund demand reduction campaigns aimed at changing consumer behaviours around consumption of pangolin products
›

GlobalGiving
Guarantee
Donate https://www.globalgiving.org/dy/cart/view/gg.html?cmd=addItem&projid=28549&rf=microdata&frequency=ONCE&amount=25
Please Note
WARNING: Javascript is currently disabled or is not available in your browser. GlobalGiving makes extensive use of Javascript and will not function properly with Javascript disabled. Please enable Javascript and refresh this page.