Buenavista thanks you all! 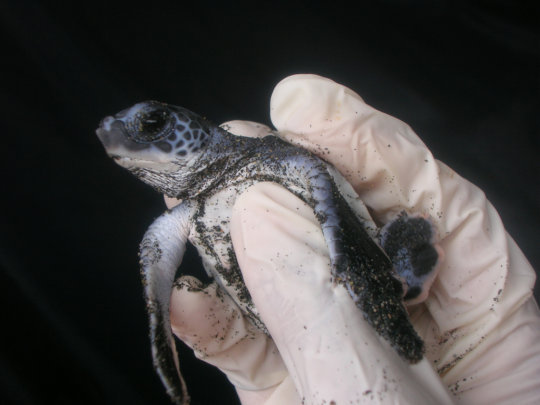 Its been a while since the project at Buenavista has reached its goal - and yet the donations kept on coming.

We were able to achieve more than what we had possibly hoped - the hatchery has been incubating eggs for over a year now, and we are able to keep on top of vital repair work to keep it in optimum form

So sadly, it is time for us to deactivate this project that has been so well received and supported by the public.

We have taken to decision to channel funds into other deserving projects - which are now live on Global Giving.

all at ASVO would like to take this opportunity to thank you for your generosity - you have played a part in the protection of an endangered species, and thanks to this campaign we have managed to release thousands of baby turtles into the ocean.

Please keep following us, and our new projects, to keep informed of our conservation battle in Costa Rica!

the start of a new season 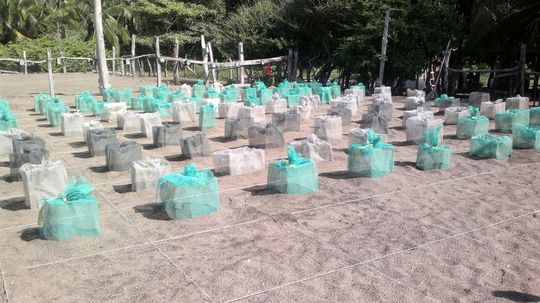 the hatchery at Buenavista needs shelter

July saw the start of a brand new nesting season on Buenavista beach, and the hope that it will be a successful season just like 2014.

The statistics so far are promising with the arrival of a rarely seen hawksbill turtle ( Eretmochelys imbricata) on these coasts. And she is not alone:-

So far this year we have logged  104 turtle sightings of which 9 have been the elusive hawksbill. The majority of the other sightings were of the Olive Ridley ( lepidochelys olivacea) which is common in this area of Costa Rica. 13 were unidentified.

So in our hatchery we now have over 7000 olive ridley eggs,and nearly 300 hawksbill eggs incubating.  Considering that the hawksbill turtle is a critically endangered species according to the IUCN Red list, this is no small feat.

The "el Niño" phenomenom  has had a devasting effect on caribbean shores, and the rainy season this year on the pacific is expected to be just as harsh. So far Guanacaste region has been suffering a drought for several months - not the best conditions for incubating turtle eggs. Volunteers and staff and manually watering each nest, to bring down the scorching sand temperatures.

We so desperately need to put the finishing touches to the hatchery, that was built using Global Giving donations.

As you can see from the pictures, the nests need some shelter and protection from the sun, and from the rain when it inevitably comes.

This will allow the eggs to have the best chance of survival at the optimum temperatures - especially in these difficult conditions. We are so close... 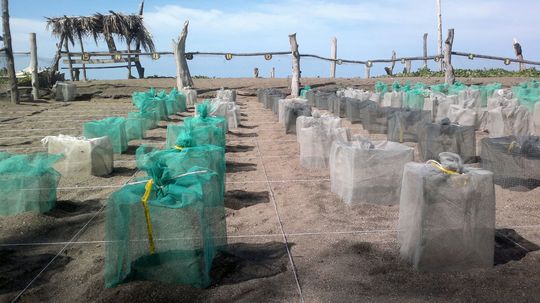 what we hope will be the last report!

The support shown by the public for this project has been astounding.

I now hope that this will be the final report that we send, as Grass roots Sea Turtle Conservation project is almost...almost fully funded!

we have made good use of the investment - the hatchery has been more successful than ever before - with 32,367 baby turtles released safely back into the ocean, from 565 nests that had been rescued and successfully transferred into YOUR hatchery!

This was all thanks to the generous contributions you made, allowing the purchase and replacement of much needed, higher quality, longer lasting materials.

Of course none of this would be possible without our dedicated staff - who day in, day out are at the project, apart from their families, putting the turtles first. And without a doubt, I need to mention the 156 international volunteers who graced us with their presence, sweat,  and man power throughout the 2014 season, completeing the structure of the hatchery and then protecting the delicate nests.

I sincerely hope that the next report you recieve will be the last - that  we can reach our goal and target, and save many more nests in the future, thanks to Global Giving.