Endorsement of Pets of the Homeless 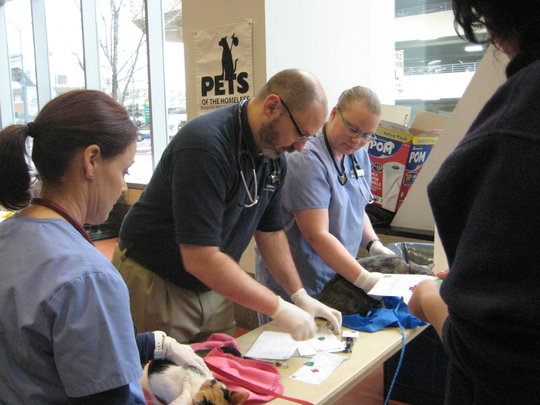 As a veterinarian, I have to balance sound business practices with providing health care that improves the community in which we live. We know that there are many animals that are owned by people that cannot afford to take care of them in our community; many do not have a permanent residence. The homeless in our communities have pets that they love deeply. These pets, though loved, are at risk to carry many diseases that can be spread to other pets in the community. One of the ways I personally balance all of these things is to work with 'Feeding Pets of the Homeless'.

For the last four years, our hospital has been a drop area for food that is not going to be used by our clients which we then donate to Feeding Pets of the Homeless. We have a donation box that our clientele has embraced and supported, and we have helped local homeless clients with the monetary support of Feeding Pets of the Homeless. We have found the organization to be extremely professional and prompt with reimbursement. On these interactions alone, I would highly recommend that any veterinarian seriously think about working with this organization to help the health of the community at large and any funder provide financial support to that they may continue to assists pets.

I had the opportunity to work with Feeding Pets of the Homeless providing a vaccine/health check clinic in 2013. We performed a full exam and vaccinated 60 pets in a five hour period and handed out 20 spay and neuter vouchers. Feeding Pets of the Homeless reimbursed us for the vaccines that were used and for spays and neuters that we are providing. It was such a positive, rewarding experience, my practiced partnered with the agency to provide another clinic in January of 2014. (Since then, Dr. Ford and his staff have done two more clinics)

I want to highlight one example of the clients that we serviced through this event. 'Josh' recently was discharged honorably from the military. He had the poor luck to lose his job and have his apartment foreclosed on him, his 2 dogs and 3 cats shortly after getting out of the military. His pets are his family and he can't bear to be separated from them at this difficult time. We vaccinated all of his pets, trimmed the nails on the cats and found all of them to be healthy except for some mild old age changes. He was extremely happy to have someone to help him while he is in transition.

I would highly suggest that you join me in supporting this dedicated, compassionate group to provide veterinary health care to the pets of people that are going through tough times.

Pets of the Homeless is the only national animal organization focused exclusively on feeding and providing emergency veterinary care to pets of the homeless. Since the founding in 2008, Pets of the Homeless has helped over 12,000 pets and has provided over 361 tons of pet food that has a fair market value of over $1.4 million.

Pets of the Homeless Report 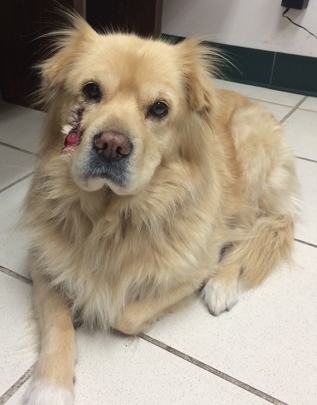 Dear Friends of Pets of the Homeless,

Midyear we jumped into online fundraising and applied with GlobalGiving. We were astonished at the reach it has and the donations that continue to pour in. It was a blessing because our 2014 expenses for emergency care were over budget. With the extra, we did not have to turn down any emergency case.

Every day we heard the surprise in the voices of the homeless when we say “yes, we can help your pet.” We can hear the disbelief in the voices when we do not judge them. We can give them hope that their life and the life of their beloved pet can be better, even for a day. The heartfelt and genuine “thank you” they express through tears, warms my heart -- to know that their loving pet will not be in pain another hour or day. Sometimes it’s too late and it’s necessary to put the pet down. Even then they are thankful that their pet is in peace.

One of the many hospital’s that work with us contacted Pets of the Homeless on New Year’s Eve. A homeless woman who lives in a RV, with her dog Curley, was attacked by another dog. He had a large gash on his cheek. Surgery, a drain and medications were needed. The woman has saved up $100 for emergencies and put it towards the bill and we paid the balance.

A homeless woman thought her dog, Baby Girl, was hit by a car. The dog had been missing for 5 days and was found with major injuries. After an exam, that showed a lot of abrasions some of which needed sutured, and some were scrubbed and cleaned, they also removed a lot of dead skin. She was hospitalized and given medication.

Many homeless that we help are on the streets for many reasons, sometimes they tell us the whole backstory.  Jacqueline became homeless due to domestic violence. She lives in her van with her dog, Ohano. Jacqueline called Pets of the Homeless because the dog was not drinking; eating little and shivering. After an exam, IV-fluids, blood test and a fecal test the veterinarian put Ohano on a special diet. The doctor also thinks the dog was stressed and may have arthritis. The owner had given the dog grapes which are toxic.

A concerned citizen was helping a homeless man that had been mugged by two men. One of the muggers kicked his dog, Winnie, in the jaw while she was trying to protect her owner.  Jaw surgery and pain meds were provided with donations like yours.

Thank you to all our donors that make it possible for Pets of the Homeless to react when there are emergencies like the ones mentioned above.

Your continuing support is appreciated more than my words can express. 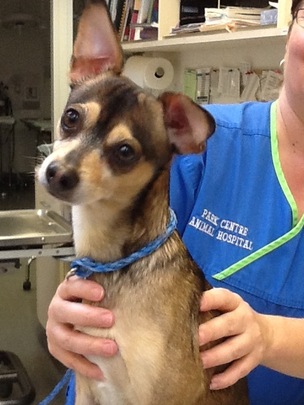 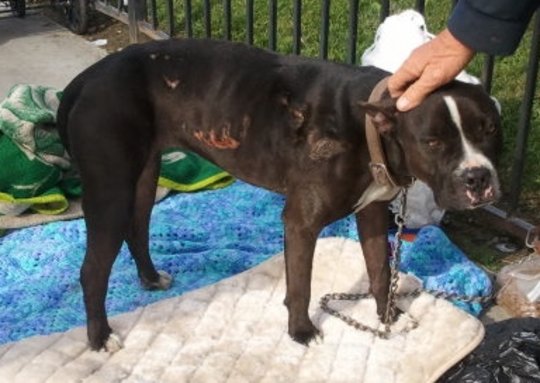 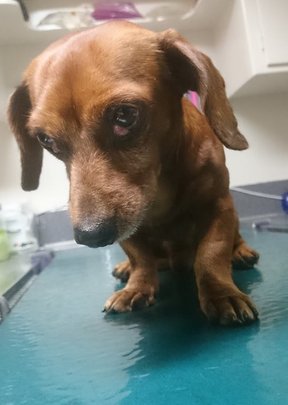 Pets of the Homeless Update

As I write this report to our supporters each case reminds me of the reason I needed to start this organization. Now into the sixth year my passion increases as I hear the voices of the homeless who are frantic to get help for their beloved companion who is in pain. The tears that we hear in their voices as they describe the injury or the illness and then the gratefulness that someone is listening and will help.

Here is an example of a few of the cases:

Jacqueline, a victim of domestic violence, lives in her van with her dog, Ohano in Northern California. Ohano is a miniature pinscher and was not drinking; eating little and shivering. After many tests and x-rays the doctor gave Ohano a pain injection, special food and a prebiotic. The dog was stressed and turns out the owner had been giving the dog grapes which are toxic to dogs. Lesson learned.

Diana, who has been homeless in Southern Calif. for four years, called us about her two German Shepherds.  Stormy's (8 years) hips are giving out and Junior (5 years) had bumps on his lips. Both dogs have been neutered. Stormy was treated with an exam, x-ray. The doctor suspects arthritis or hip displacement. He will be going back to the vet for a re-check and senior blood work. Junior had an exam, cleaned wound on lip, antibiotics and special shampoo.

A homeless veteran in Portland, OR called for help when her kitten, Chacha, started having diarrhea. After the exam, and fecal testing the veterinarian gave Chacha an antibiotic and her vaccinations.

Winnie, a male Datsun just wanted to be near his owner, Lorenzo. They live in a homeless community.  Lorenzo was mugged over the Thanksgiving holiday weekend by other homeless men. Winnie did his best to protect his owner, but was kicked in the jaw. The broken jaw bone was protruding through the skin on the inside of the mouth. Winnie had surgery and is recovering nicely.

Baby Girl is a spayed, 2 ½ year old American Bull Dog. She went missing for 5 days and when she came back to her owner Celene she thought that Baby Girl had been hit by a car. She required surgery to clean her lacerations and suture them. Baby Girl is “all fixed up” and back with her owner.

Syble called when her two month old puppy was accidentally stepped on. She is homeless and lives behind a carwash in San Bernardino CA. Gizmo, a Chihuahua mix had a head and neck trauma. Doctor called and told us his eyes were rolled back and fluid was building up in his head; needed to have stint inserted in head and to stomach to survive. He could not treat the dog and it would have to go to a specialist. The cost would be thousands of dollars, the owner decided to have dog put down.

I know there are many worthwhile charities you can pick to support and we are very grateful for your past donations and hope that you will continue to help these precious pets that belong to the homeless.   Homeless folks are often isolated and their pets help in so many, many ways. Your funding is so appreciated.