By Geof Jarvis - Head of Fundraising and Communications

Delivery of Outreach Clinics for Older and Disabled Prisoners

Since our last report, your kind donations have continued to help us to maintain our outreach services for older and disabled prisoners across England and Wales.

Working with Older and Disabled Prisoners

Over the third quarter of 2019, your support helped support our Community Care Caseworker to deliver three Outreach Clinics in three prisons: HMPs Thameside and Wandsworth, both in London. During these clinics, our Caseworkers held 34 one-to-one meetings with individual older and/or disabled prisoners.

Your support also helped our Caseworkers to open five new cases on behalf of older and/or disabled prisoners between the beginning of July and the end of September.

PAS helped Prisoner A, a woman in her late 50s, who had been convicted of two counts of manslaughter and one of arson and had received an Imprisonment for Public Protection (IPP) sentence with a minimum tariff of eight years (meaning that she could be retained in custody after her sentence had been served). The prisoner committed her crimes in order to fund her drug addiction, which began at eight years old as a result of the abuse she suffered at the hands of her mother. She had no history of violence or arson offences, but set fire to a chair in her flat, which then spread, killing two of her neighbours.

Prisoner A suffered from significant mental illness, which was undiagnosed at the time of the offence. She had previously been sectioned but was released without treatment or support. She also suffered from cognitive difficulties, functioning in the Extremely Low and Borderline Range. Illiterate when she entered prison eight years ago, she is now able to read and write a little.

The prisoner had become eligible for parole, and wanted to request a transfer to open prison conditions rather than release, which would have been unlikely, due to the IPP nature of her sentence. The psychiatrist who assessed her for the purposes of parole concurred that she had been let down by mental health services and that she was not being appropriately treated at the time of the offence, going so far as to suggest that, had she been receiving treatment, it might not have occurred.

PAS represented Prisoner A at her parole review, requesting that she be transferred to open conditions. Due to enduring mental illness and illiteracy, she found it very hard to understand, and remember, the parole process, which made taking instructions from her difficult. These also meant that PAS could not communicate with her by letter. Our Women Prisoners’ Caseworker visited Prisoner A regularly – more frequently than is usual – and arranged telephone calls throughout the process to ensure that she understood what was happening.

During her minimum tariff, Prisoner A’s illiteracy had meant that she wasn’t able to engage in any offender behaviour courses, to which the Parole Board attach great weight. PAS was able to persuade the board that this should not pertain in this instance, and that to keep her in closed conditions now would amount to punishment for low levels of intellect and cognitive ability.

As a result of our intervention, the Parole Board recommended that Prisoner A be transferred to open conditions, which would be required in order to convince the board to ultimately release her. PAS continued to assist the prisoner to ensure she was able to access the support she needed whilst in open conditions in order to progress to her eventual release.

Prisoners’ Advice Service remains most grateful to GlobalGIving for helping to support our work with older and disabled prisoners in England and Wales. Without the assistance of donations from individuals such as yourself, the work that we do with vulnerable prisoners would be severely curtailed. 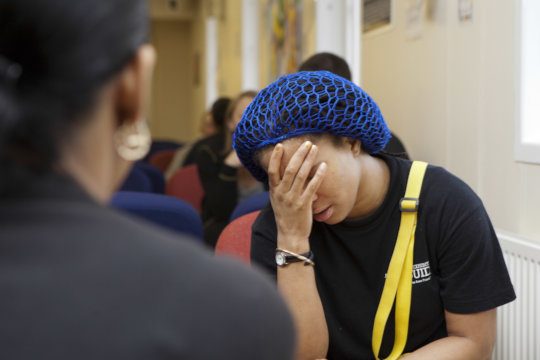 In 2018, 7,745 women were sent to prison in England and Wales – either on remand or to serve a sentence. Women prisoners require specialist attention because two thirds are primary carers for young children. Many women prisoners are subject to short custodial sentences (three months) for minor crimes such as Council Tax evasion or shoplifting. These can, nevertheless, have a catastrophic impact, causing women to lose their jobs or have children taken into care, or worse, adopted (some 2,000 children every year; [Vallely & Cassidy, The Independent, 2012]). With so few women’s prisons in England and Wales (there are 12, compared to 106 for men), women are often incarcerated hundreds of miles from home and family, making maintaining contact with children problematic, if not impossible.

Over the course of 2018-19, we continued to expand our outreach services, providing legal advice clinics inside prisons. This enables us to reach more prisoners across the prison estates on a one-to-one basis than ever before. Over the course of 2018-19, PAS’ Women Prisoners’ Caseworker delivered 53 Outreach Clinics in six women’s prisons, including at – for older female prisoners – Eastwood Park in Gloucestershire. 417 women prisoners were seen one-to-one by a PAS Caseworker at Outreach Clinics and 11 new cases were opened on behalf of women prisoners as a result. Indeed, the demand at our Outreach Clinics was so high at times that our Caseworkers required a legal volunteer to attend the prison with them. Such sessions are especially beneficial when dealing with vulnerable prisoners, or those with low levels of literacy.

At our Annual Lecture on 28 November 2019, PAS will launch four new Family Law guides that we have written and published in association with charity Rights of Woman.  The four titles – aimed at the two thirds of female prisoners who are mothers – deal with various aspects of the law that have bearing on parenting from inside prison. The four titles are:

Copies of the Guides have been sent out to the librarians at the 12 women’s prisons in England and Wales and are available to download from our website.
Case Study: Female Disabled Prisoner Moved to a Suitably Adapted Prison
Prisoner C has multiple physical and mental health issues including anxiety, Post Traumatic Stress Disorder, depression and severe Cervical Spondylosis leading to chronic back pain and lack of mobility. She was incarcerated in an unadjusted, completely unsuitable prison cell.

Our Caseworker helped Prisoner C to secure transfer to a modern prison facility with a modified cell suitable for her needs. She is now eligible for parole, her mental health is much improved and her physical condition is stable.

Prisoner C commented on our assistance: “PAS supported me all through my sentence and has been phenomenal, excellent and immeasurable. I will forever be grateful and sing of PAS’ services everywhere, now and in the future.”
In Conclusion
Prisoners’ Advice Service remains most grateful to GlobalGiving for helping to support our work with women prisoners in England and Wales. Without the assistance of donations from individuals such as yourself, the work that we do with vulnerable prisoners would be severely curtailed. 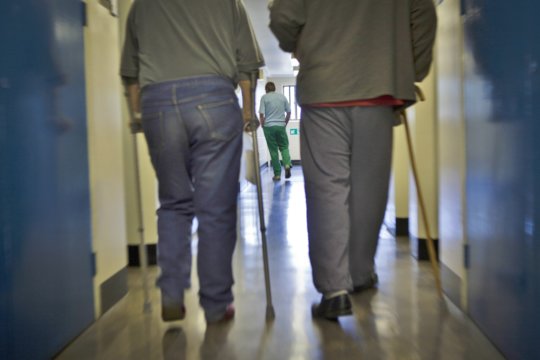 Delivery of Outreach Clinics for Older and Disabled Prisoners
Since our last report, your kind donations have continued to help us to maintain our outreach services for older and disabled prisoners across England and Wales.

Working with Older and Disabled Prisoners
Over the second quarter of 2019, your support helped support our Community Care Caseworker to deliver four Outreach Clinics in three prisons: HMPs Pentonville and Thameside, both in London, and Lewes in East Sussex. During these clinics, our Caseworkers held 42 one-to-one meetings with individual older and/or disabled prisoners.

Your support also helped our Caseworkers to open four new cases on behalf of older and/or disabled prisoners between the beginning of January and the end of March.

Our telephone Advice Line received 48 calls from prisoners over the age of 50 and 72 from prisoners who considered themselves be a person with health issues / disabilities.

Case Study
Prisoner A, who was sentenced for 42 months for benefit fraud, was de-categorised two months ago to Category D (low risk).

He was therefore told that he would be transferred to an ‘open’ prison, which is less restrictive and would aid his rehabilitation back into society.

However, when the prisoner transfer vehicle arrived to move him, he was told by officers that he could not board due to his wheelchair.

He called our advice line and spoke to one of our community care caseworkers, who put pressure on the prison to make reasonable adjustments for his disability and provide suitably modified transport for his transfer.

Happily, Prisoner A rang us this week to say that the prison had promised to find a modified vehicle for his transfer and the prison wrote to us to confirm that the transfer has now taken place.

In Conclusion
Prisoners’ Advice Service remains most grateful to GlobalGIving for helping to support our work with older and disabled prisoners in England and Wales. Without the assistance of donations from individuals such as yourself, the work that we do with vulnerable prisoners would be severely curtailed.