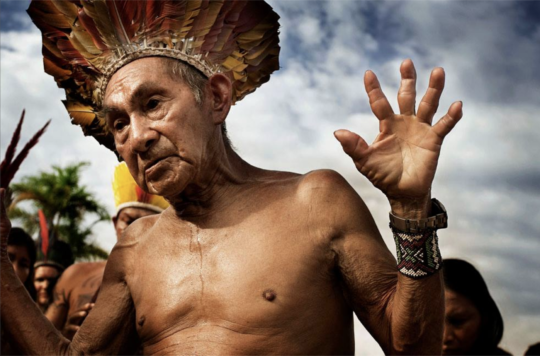 Jaguars—rulers of the underworld and the beings associated with helping humanity to face our fears according to mythology central to cultures of Central and South America—were at the forefront of our work this quarter.

A Yawanawan Indian and Indigenous Cultural Practitioner met with the Worldwide Indigenous Science Network (WISN) this quarter to discuss his community’s plans to create a corridor of protection for jaguars from Brazil to Mexico. We worked side by side to develop a presentation for donors about these plans, which include networking elders from the Yawanawan community with Elders and scientists working in Oaxaca, Mexico. Through this network, these communities can share plans and conservation strategies to facilitate the creation of this corridor of protection.

We also discussed the development of an app that can be used by community members in the Amazon to track not only Western conservation data (sightings, coordinates, incidents of poaching), but also more indigenous data such as tracking dreams, visions, and other data related to Yawanawan jaguar cosmovision. Through blending Western and Indigenous protocols, a new understanding and methodology will be created for jaguar conservation.

We have attached a link to the video we produced with two jaguar medicine men—a Mixteca/Olmeca from Oaxaca, and a Yawanawan—discussing their respective jaguar cosmovisions.

We will continue our work on the app in the months ahead, which we hope will serve as a prototype that can be applied and used by other indigenous populations connected to big cats in Central Asia, China, and Southern Africa.

As always, we give great than to you, our donors and the ancestors. It is through your generosity that these programs are possible. We will continue to keep you apprised of our work moving forward.  Thank you! 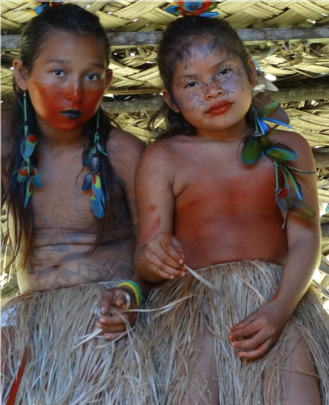 Hear her Song. . . A progress report on MAT 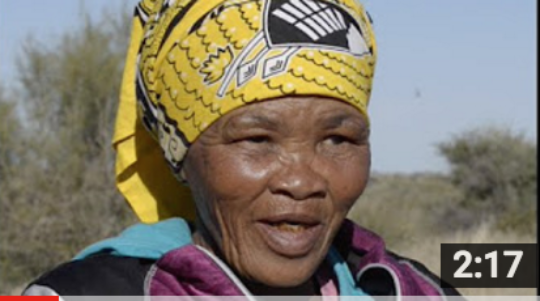 “After that, I could learn from the light. I could see all my Ancestors standing in the light and I could name them all. Not just the ones I knew in life, but all of them…”
-Bushman Noi Kruiper on alcoholism

Thank you for your continued support for the Mobile Addictions Treatment (MAT) program with the Khomani San Bushmen in South Africa. Conditions continue to be grave, and we are still hopeful that things can be done to help ensure that the Bushmen, their knowledge, and their stories survive.

Building on the success of the Community Addictions Treatment program we launched in May, we have been working hard to arrange to bring North American Indigenous Elders to the Kalahari to meet with local community members. Bringing Elders and Indigenous Cultural Practitioners whose people have undergone similar trauma and addictions issues we hope will infuse hope among the Khomani San community while we continue to raise funds to launch the full 40-day program. We anticipate this gathering will happen in the next few months and we will report on this during our next report.

In the meantime, we have also been developing a series of PSAs to raise public awareness of the dire and desperate situation in the Kalahari. Our hope is that elevating the awareness will encourage those who want to help to consider donating and sharing these PSAs so that we are able to do more for and with the community.

Thank you for your ongoing support. Please consider sharing this information with friends and family who might also be willing and able to help so that we don’t lose the Bushmen, our ancestors, oldest man on earth. 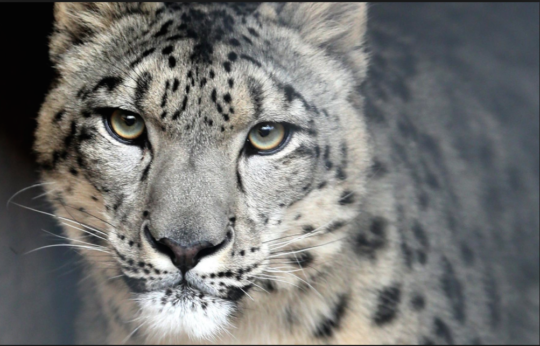 “We don’t have to invent anything. We just have to revive things as they were. Remember we are one with Nature and with all living beings, and that all things are creations of love and spirit. Humans as well.”

We want to thank you again for your continued support of our work with the Global Alliance of Big Cat Conservation (BCA). Though we haven’t yet reached our financial goal, every bit helps us achieve what we are trying hard to achieve—bringing Western and Indigenous sciences together for the purpose of new forms of conservation for the sacred big cats, apex predators on which so much of our ecosystem relies.

Much of our focus this quarter was on the Snow Leopard, and we have some exciting news to share on this front. Three years ago, one of our Kyrgyz Indigenous Cultural Practitioners (ICP) was scheduled to deliver a statement to the United Nations Snow Leopard Conservation gathering in Kyrgyzstan, a statement that had been prepared with input from ICPs throughout the Snow Leopard range. When he arrived at this UN meeting in October of 2013, he was told that there was “no room at the table” for him and he was turned away. We called on our BCA for collective prayers, and the Big Cat ICPs around the world sprung into action, praying for an opening. Surprisingly, at the last minute, the President of Kyrgyzstan permitted this Elder to enter (not stay) in order to read the statement.

Three years later, this same Elder was actually invited as a guest of the United Nations at a Snow Leopard meeting in New York City. He not only had a place at the table, but he was asked to give an opening prayer and was asked to speak on behalf of the indigenous community and the Snow Leopard. It was a historic and momentous occasion.

Afterwards, WISN was able to bring him down to Baltimore, MD and Washington, D.C., where we held additional meetings with the head of the international conservation division of the Smithsonian Institute. The meeting went very well and we do feel that future collaborations may ensue with the Smithsonian and local communities in Kyrgyzstan, which would be supportive to both.

Relationships are everything in indigenous work, so having this face time was integral to our work moving forward. We also managed to travel around the world in 48-hours J, having productive Skype meetings with big cat partners in all corners of the globe—South America, Mexico, California, Siberia, Kyrgyzstan, and more.

We again express our sincerest thanks to all of you who have helped make this work possible! 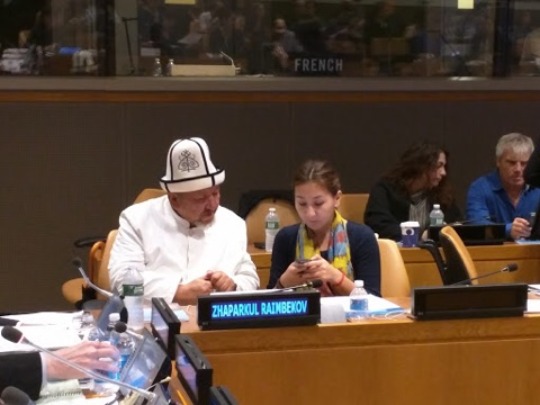 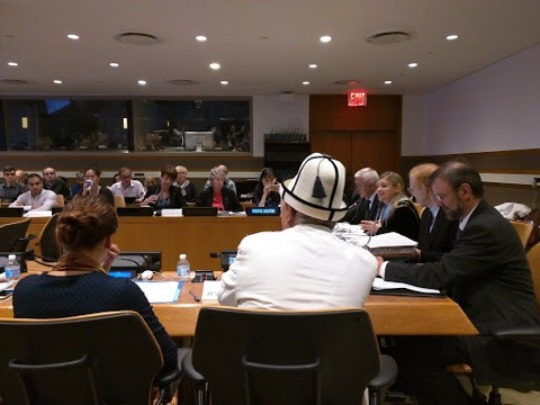 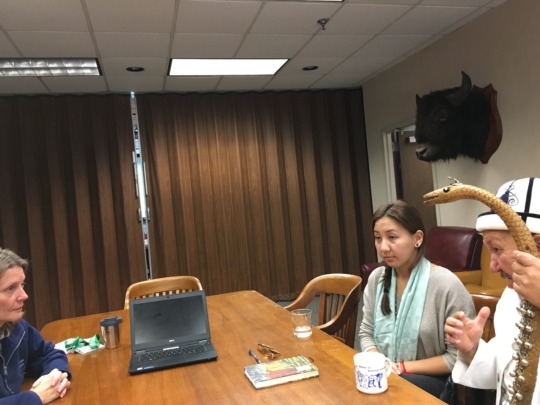 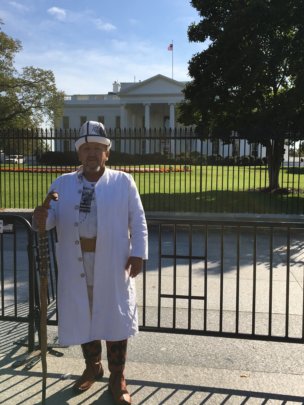 Kyrgyz ICP in front of the White House
‹ 1 ... 6 7 8 9 10 11 12 13 14 ›
WARNING: Javascript is currently disabled or is not available in your browser. GlobalGiving makes extensive use of Javascript and will not function properly with Javascript disabled. Please enable Javascript and refresh this page.