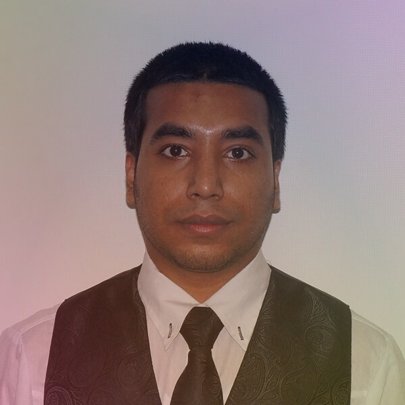 St. George's Society’s 2016 scholarship recipients, including Rintu from Bangladesh, are extremely grateful for the funds awarded to them earlier this year. Our scholarship program assists promising students who have achieved excellent academic standing in their first three years but due to financial hardship are unable to complete their final year of undergraduate studies.

Rintu was born and raised in Dhaka, Bangladesh and migrated to America five years ago. He is currently a senior in Accounting at Lehman College and his long-term goal is to qualify as a CPA and teach Accounting so he can improve the standard of life for his family.

Rintu has worked in restaurants and data entry jobs to pay bills and assist his family. Sadly, Rintu’s mother recently suffered a stroke and is now living with him so he can take care of her. Rintu knows that to really help his family he needs to stay focused on school and obtain the career he is working so hard for. Education has not always been an easy choice because income is so limited for his family and the St. George’s Society scholarship eases some of the financial burden, allowing Rintu to focus on his studies.

Rintu says: “My parents taught me to work hard to achieve my goals and never give up. My lifetime goal is to improve myself and the standard of living for my siblings and community through higher education. Lehman College has helped me realize even higher goals than I could ever have imagined for myself. I had always loved Math, but taking Accounting classes at Lehman emphasized that. These classes have shown me the fundamentals of accounting and how money works in the world.”

Dr. Ricardo R. Fernández, who retired as President of Lehman College earlier this year after serving in the role since 1990, said of the St. George’s Society scholarship program:

“Lehman College is proud to have such a prestigious organization as its number one donor. The generosity of St. George’s Society’s donors has helped almost 250 of our students earn their degrees and gain an important foothold on the path toward fulfilling their dreams and making the world a better place.” 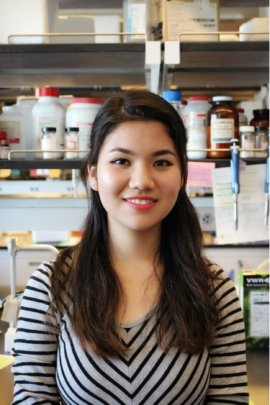 St. George's Society’s Scholarship Committee met in July to review applications for financial assistance from current final-year students at Lehman College (part of CUNY). Thanks to funds raised through GlobalGiving and at the English Ball (the charity's annual gala in April) the Committee awarded 25 scholarships totaling $100,000.

This year’s scholars come from the United Kingdom and a number of Commonwealth countries, including Bangladesh, Ghana, India, Jamaica, Nigeria and Pakistan and are majoring in a variety of degrees, such as Biology, Mathematics, Nursing, Accounting, Health Services Administration and Psychology.

One example is Sana from Pakistan, whose ambition is to become a cardiologist. Sana sought asylum in the U.S. in 2013 when her father decided it was not safe for her family to stay in Quetta. Two years earlier a deadly suicide bomb attack had occurred a block away from their home which left a great number of the community dead and injured.

Sana is now pursuing a chemistry major with a specialization in biochemistry at Lehman College, something that seemed impossible to her just a couple of years ago. Sana commutes four hours each day to college and also volunteers at a biochemistry laboratory so does not have time to do a part-time job to cover her educational expenses.

“I now have the opportunity to become the first person in my family to attend college” Sana said, “I will continue to apply the same diligence to the rest of my collegiate studies as I have to this point, making education and service to others my top priority.”

Since the program began in 2008, St. George's Society has awarded 249 scholarships totaling over $720,000 and in 2013 the Society became Lehman College’s largest benefactor.  The Society plans to expand the program to include Hunter College, also in the CUNY system. 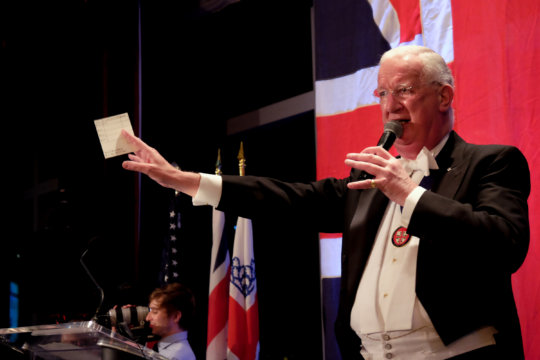 St. George's Society hosted its annual gala, the English Ball, on 27 April at the Mandarin Oriental in New York City. The event marked the Society’s 246th anniversary and honored three distinguished individuals who are making an impact on the Anglo-American community on both sides of the Atlantic: Sir Martin Sorrell, Founder and Chief Executive of WPP, Danny Lopez, Her Majesty’s Consul General in New York and Dr. Amanda Foreman, award-winning historian and columnist.

Each year at the event, there is an auction to raise money for scholarships. Before the auction a video was shown about 2013 scholar Edmund, who attended the event with his wife Kumiko. Edmund graduated from Lehman College in 2014 with a degree in Social Work and is now working as a career development specialist and studying for a Master's degree in Public Administration at Baruch College. Last November he participated in the hand cycle division of the New York City Marathon to give back and raise money for more students like himself.

At this year's event the "Fund-A-Scholar" auction conducted by Hugh Hildesley of Sotheby's raised $110,000. This will allow us to award more scholarships for the coming academic year. The Society's scholarship committee will meet over the summer to review applications put forward by Lehman College's Financial Aid office.

Next month our 2015 scholarship recipients will celebrate their commencement. Kashfia from Bangladesh will graduate with a Bachelor's degree in Biology taking her one step closer to making her dream of becoming a cancer specialist a reality. Alia from Jamaica, whose ambition is to be a math teacher, will graduate with a Bachelor's degree in Mathematics; the scholarship from St. George's Society allowed her to take a leave of absence from her job and focus on completing her student teaching internship at New World High School in the Bronx. 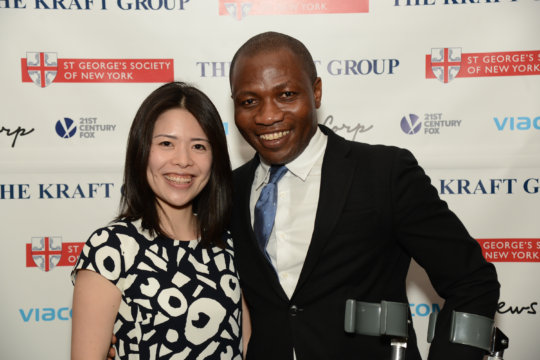 St. George's scholar Edmund and his wife Kumiko
‹ 1 2 3 4 5 6 7 8 9 10 ›
WARNING: Javascript is currently disabled or is not available in your browser. GlobalGiving makes extensive use of Javascript and will not function properly with Javascript disabled. Please enable Javascript and refresh this page.