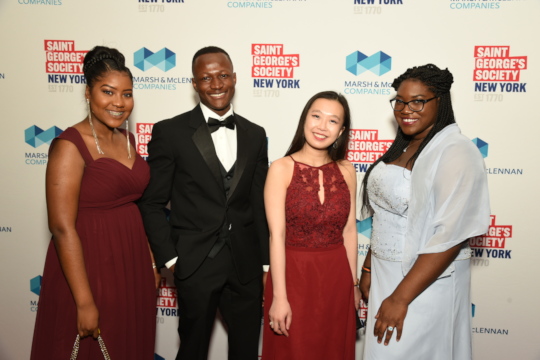 In addition to celebrating the outstanding achievements of the honorees, the Society held a “Fund-A-Scholar” auction conducted by C. Hugh Hildesley of Sotheby’s. This year’s auction raised a record-breaking $148,776 for the Society’s Scholarship Program, which will be awarded to final-year students at Lehman and Hunter Colleges later this year.

Preceding the auction, 2017 Lehman College scholar and aspiring doctor, Natalie, spoke about the impact the receiving the St. George’s Scholarship has had on her:

The St. George’s Society Scholarship Program allowed me to focus on completing my education—not worry about the finances involved—and save the money I’ll need to apply to medical school.

It means that a group of people—people like you—who have never met me, believe in me and believe in my ability to accomplish my goals. That kind of support—that kind of faith—is powerful.

I know I speak for all of [my fellow scholars] when I tell you that your support has changed our lives.

As we continue to celebrate the tenth anniversary of the Scholarship Program, we thank you for making a difference in the lives of the next generation of world leaders. 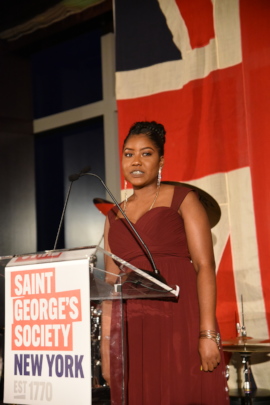 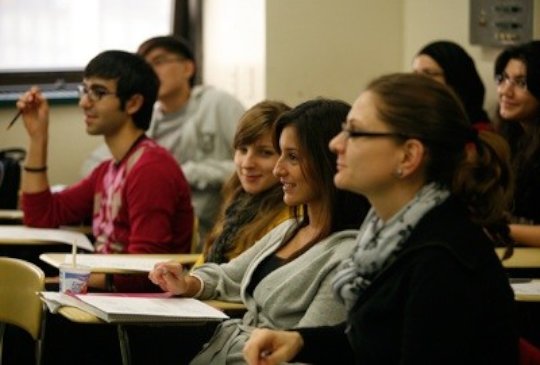 This year, St. George’s Society celebrates the tenth anniversary of our Scholarship Program. In this time, the Program has awarded almost $1million in financial aid to deserving students enabling them to complete their undergraduate degrees.

The Program was first established in collaboration with Lehman College in the Bronx, part of the City University of New York system. Due in no small part to the generosity of donors and community partners like you, we were able to expand the Program to serve students at Hunter College in Manhattan—also a part of the CUNY system—in 2017. We hope to continue this growth with the launch of a new Corporate Partners initiative. Funds raised through this initiative would allow us to expand to CUNY institutions in all five boroughs of New York helping even more students in need.

St. George’s Society is a proud supporter of the City University of New York’s mission to provide quality and accessible education regardless of background or means. Lehman College is ranked no. 4 in mobility rate in the US, proving how successful it is at educating and empowering lower-income students thus propelling them into the top 40% of wage-earners nationwide. Our scholars have advanced to careers in a diversity of fields, from Nursing and Social Work to Accounting and Computer Science.

Following the success of our first Scholar Meet and Greet in September, the Scholarship Committee has begun the development of an alumni association that we hope will provide even greater opportunities for advancement.

“We are certain that an effective alumni network can assist scholars in the future through the sharing of contacts and opportunities as well as being able to show current students and applicants the benefits of being selected as a scholar,” commented Committee Chairman-Elect David Drinkwater.

St. George’s Society remains committed to its investment in the next generation of global leaders and we thank you for your continued support. 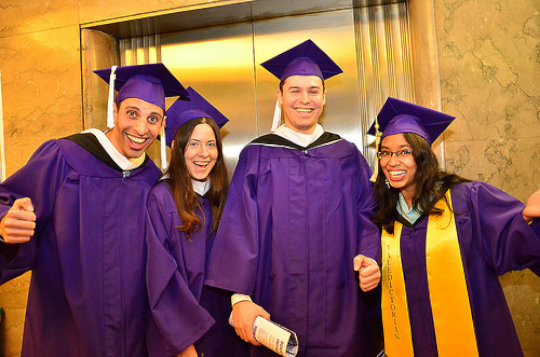 On 27th September 2017, St. George's Society hosted our first Scholar Meet and Greet reception. The event brought past and present scholars together to engage with one another and talk about how the Society's Scholarship Program has impacted their lives.

Since the Scholarship Program was established in 2008, St. George’s Society has awarded 314 scholarships to British and Commonwealth students at Lehman and Hunter Colleges.

As we approach the tenth anniversary of the program, we were excited to hear the successes of our former recipients and learn more about our 2017 scholars.

Ahmed, a 2017 scholar from Ghana is the first in his family to attend college. He remarked:

“Growing up in a less privileged community not only offered financial and academic challenges but also helped me realize the true value of a college education. This scholarship has lightened my financial burden, which will allow me to focus more on my studies and put me one step closer towards my dream of becoming a surgeon.”

After welcoming remarks by President, Philip Warner OBE, the Society’s Executive Director, Anna Titley, spoke about the rich history of St. George’s and gave some background on the establishment of the Scholarship Program. She commented:

“It is very gratifying to work for an organization that really does change people’s lives. We are incredibly proud of our commitment to education and hope that our scholars will remain part of the St. George’s Society community as they embark on their careers.”

On behalf of our scholars past and present, thank you for your continued support. 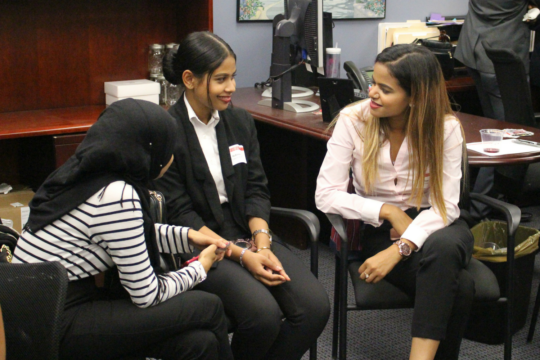 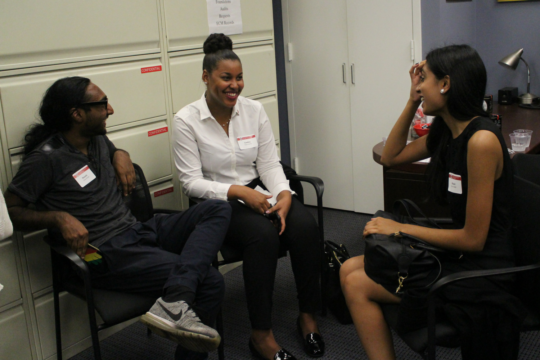 Alumni talk about where they are now