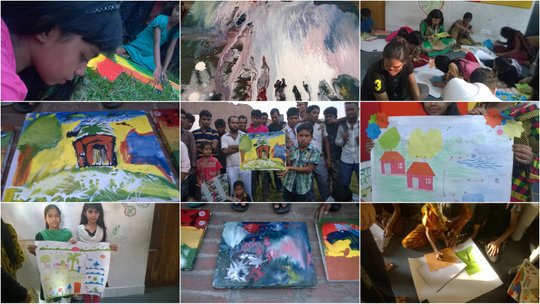 The author of this report, Babli Biswas is a Web Developer with GraphicPeople, a subsidiary of New York based advertising agency AdPeople Worldwide. She is an invigorating volunteer at the Spreeha schools as a Arts & Craft and Graphic Designing mentor.

Last week we were trying to do something with a long term impact. Multiple teams, each consisting two kids, were handed a both white and colorful papers. The kids were asked to draw something that involves water and use the colored papers to cut drawn shapes according to their desire and paste it on the white paper. More elements will be handed out in latter classes. The purpose of this class is to bring out the creativity among the kids.

The result is phenomenal!

We’re hoping that the kids will make something awesome in latter classes, enough for us to show in an exhibition. It’s going to be two day session. And this was the first half. Kudos to these kids.

Btw, the photos were taken by one of the kids from the photography class!

Students and teachers from Spreeha’s after-school center took part in a study tour of the Liberation War Monument in Dhaka recently as part of an initiative themed “Let’s learn about the Liberation War, let’s love our country.” Spreeha took this initiative, thanks to invitations from partner organization Classical Music Academy of Dhaka (CMA). After the tour, the students also enjoyed CMA’s stage presentation “Raham Ali’r Putul Nach (Doll Dance of Raham Ali),” a locally composed musical performance by chamber orchestra.

Bill & Melinda Gates Foundation Co-Chair Bill Gates Sr., Senior Fellow Dr. Gary L. Darmstadt and others met with Spreeha CEO Tazin Shadid, Board Chair May Leong, Katherine Dick and Khawja Shamsuddin in early October. The Spreeha team gave an overview of the organization and the programs to Bill Sr. and others, who took a very keen interest on our vision and existing programs. Before the meeting, they received a guided tour of the Gates Foundation facilities. 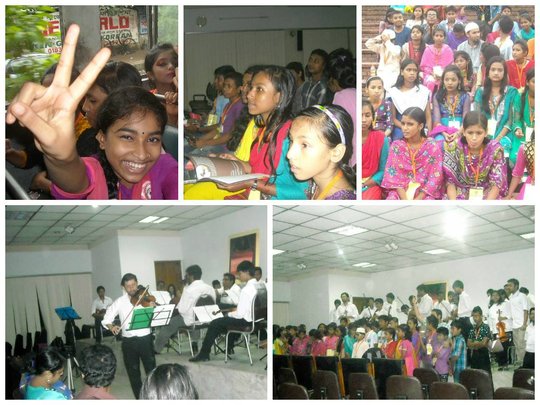 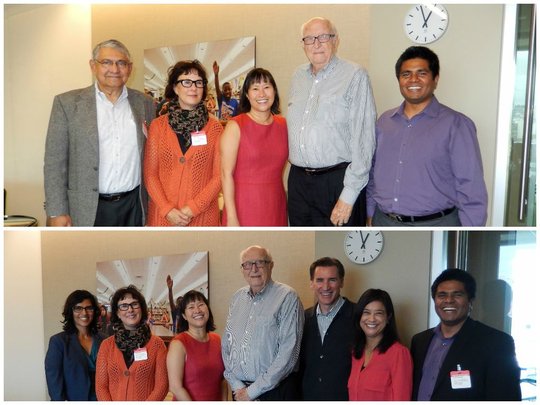 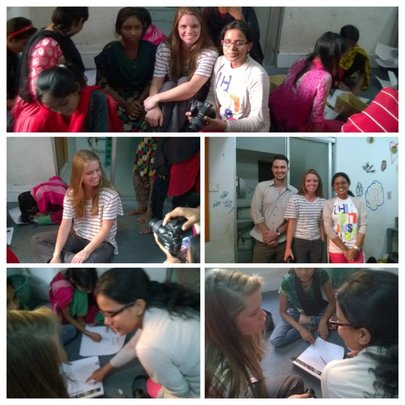 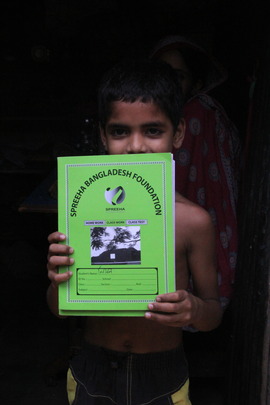 Spreeha student shows off his notebook

The following is a postcard from Neeharika Tummala, GlobalGiving's In-the-Field Representative in Bangladesh, about her recent visit to Spreeha Foundation.

I have visited several schools are India and Bangladesh, but Spreeha kids seem particularly jazzed about school as they interact with their teachers and schools. I got to learn about a neat early childhood development model which uses cards that combine images and text so that kids grasp concept immediately. You can see the enthusiasm in the photos as they guess which card corresponds to the alphabet.

The schools are in small rooms in densely populated slums, but seem to be the center of attraction as other kids peep in to see what is going on, or mothers walk around interacting with the Spreeha staff. As we walked around, I even found a Spreeha kid who was more than happy to show off his textbook as we walked around other homes.

It’s not just the kids that love school but also Spreeha’s older kids who learn advanced computer skills such as animation and digital design. Spreeha is probably one of the most technologically sophisticated NGO’s in general as they use open source learning software as part of their curriculum, they have a host of techie course such as animation where kids actually create content and they have remote audio-video machine for ENT diagnosis where doctors can interact with rural patients sitting in Spreeha’s office. It can’t get better than this for an engineer like me! These kids are going to be well set to take on the current market as they develop useful skills as well as confidence. 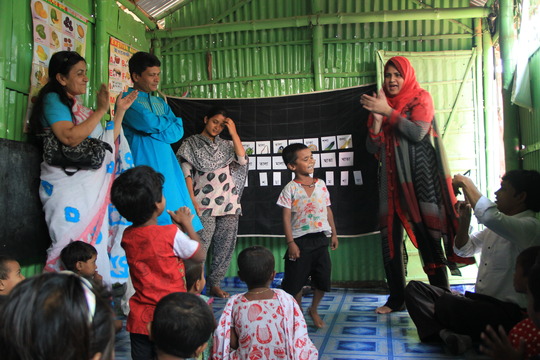 Learning in the classroom 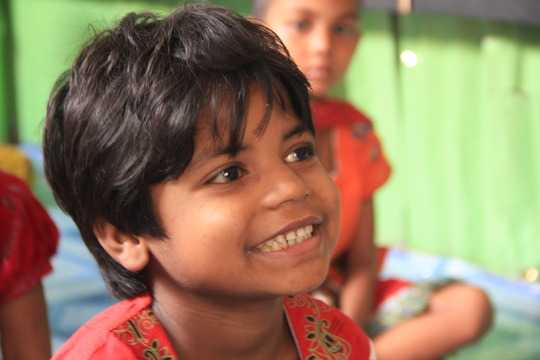 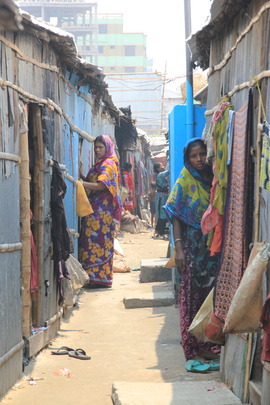 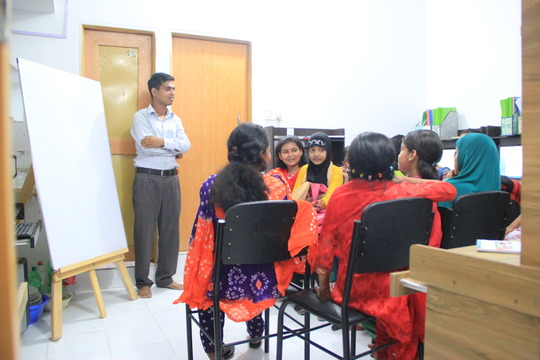 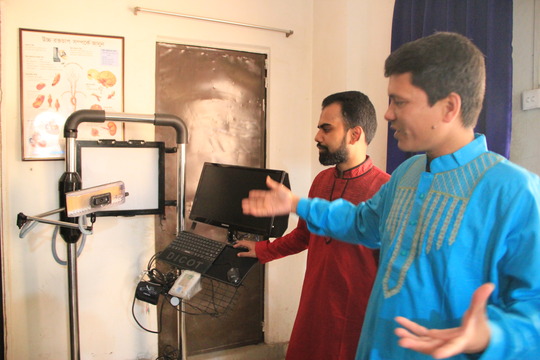 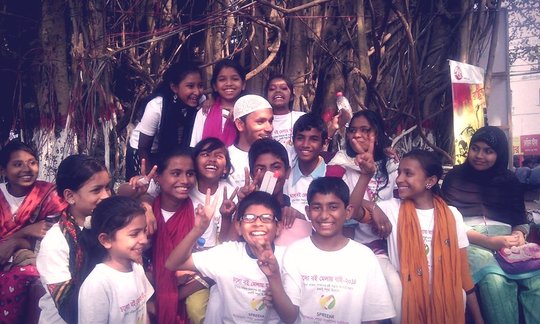 Children at the book fair

Our story today is about building a library - Spreeha organized a tour of the National Book Fair, which takes place over the entire month of February each year in Bangladesh. The tour, “Let’s go to the book fair” (Cholo Boi Mêla-ae Jai), was an initiative to enhance the scholastic interest among underprivileged students in the Spreeha education programs. 57 children joined the event. The children then visited stalls in the fair, bought books and finished their lunch at the Bangla Academy cafeteria. Spreeha provided an allowance to buy books of their choice. Once done with their own copy, the books will be used to build a library. Yes, a library – in the Spreeha school facilities, created by the students, for the students. Read more at - http://spreeha.org/2014/04/12/lets-build-a-library/

A volunteer team from GraphicPeople|SoftwarePeople conducted an orientation workshop in Spreeha. The main purpose of the workshop was to identify children’s and adolescents interest and aptitude on learning various extra-curricular activities.

At the end of the workshop a total of 60 adolescents and Spreeha staff were selected to receive training on Computer Graphics, Graphic Design, Photography, Art and Music. These training will be run under Spreeha’s Empowerment Program. The volunteer team was led by Mahenaz Chowdhury, Coordinator – Talent Management at GraphicPeople|SoftwarePeople. 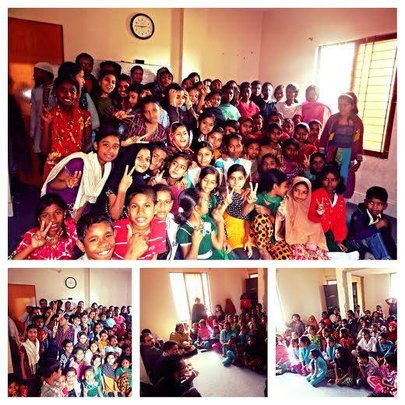 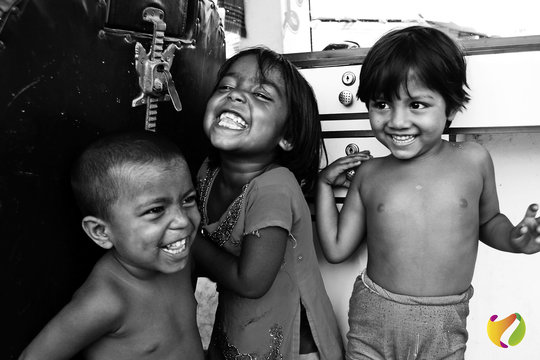