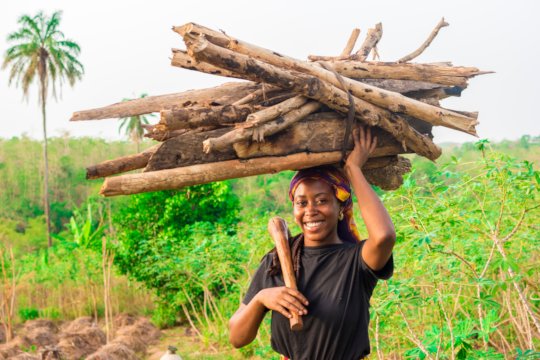 “The only way Liberia's forest [becomes a valuable resource] is when we, the community members, get to know the importance of our forest...so we want more education on the radio for the people.”-Alice G. (Farmer and "Forest Blessings" listener), Grand Gedeh County, Liberia.

Producing powerful media across a variety of platforms to raise public awareness, shift social norms, and generate action is a crucial component in driving change.

Our West Africa based radio drama Forest Blessings includes characters and plotlines that demonstrate sustainable livelihoods that foster forest and biodiversity conservation. Characters like Gbolu, who was a local charcoal producer before she realized the damaging effect of greenhouse gas emissions and finds a more fulfilling career as a Community Ecoguard.  To-date, the program has reached over two million people, has over 3 million digital impressions and has mobilized more than 45,000.

In September, we digitally released a second comic book focused on the impact wildlife trafficking has on ecosystems. Early data on the "Forest Blessings" radio indicates an appreciation of the drama while raising important considerations about the availability of alternative livelihoods that enable people to shift away from deforestation, poaching, and mining.

We continue to produce media that meets people where they are, empowers them, and inspires changes that ensure a life-sustaining planet. 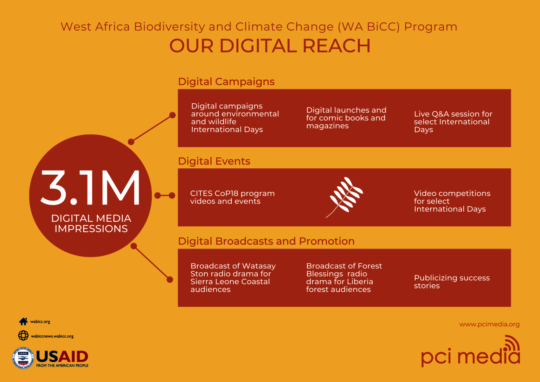 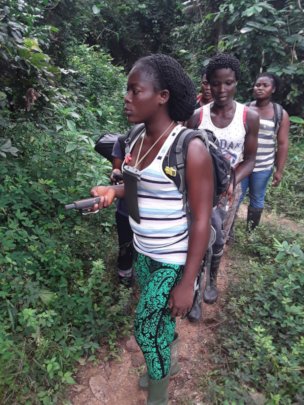 The Mozambican Context
8.5 million Mozambican children lost access to learning opportunities because of COVID shutdowns. Girls are particularly affected by the closure of schools given their greater vulnerability to physical and sexual abuse.

In November, PCI Media launched a pilot entertainment-education program in Mozambique, in partnership with Better Education through Teacher Training and Empowerment for Results (BETTER) and the Mozambican government.

As part of the program, PCI Media developed a TV show and is now co-producing a radio show for children 5-8 years old. Through stories and songs, children learn about COVID prevention and develop their literacy and oral expression skills. Once schools reopen, the program will use this outlet to encourage children to return to school.

Addressing COVID in US Schools
We know that our unique approach to entertainment-education can have a positive impact on safely reopening schools in the US. We're continuing to work to raise the additional $24,640 to get Team Survive in schools in the US. 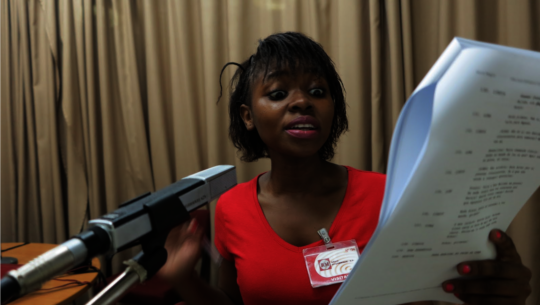 An actor recording an episode of Ouro Negro

Since 2015, PCI Media has partnered with UNICEF Mozambique and Radio Mozambique on a 360-degree communication initiative, Ouro Negro, to address a range of issues including maternal and child health, sexual and reproductive health (SRH), gender-based violence, nutrition, gender equity, early childhood development, prevention of child marriage, education and others.  At the heart of Ouro Negro is an entertaining Portuguese-language serial drama (accessible to low-literacy audiences) that reaches mainly rural audiences. The highly popular radio drama completed six seasons over a period of three years and will be rebroadcast for the next 6 years.

Since the outbreak of COVID-19, the live call-in programmes have already begun transmitting messages on the pandemic including answering live questions on air from the listeners, partnering with local health authorities.  We have also produced a series of five mini-dramas for immediate broadcast, with messages and scripts approved by UNICEF and the Ministry of Health.

In a survey, 94% of listeners reported shifts in their attitudes and behaviors around health after listening to the show. Here's the personal account of how our program helped a listeners change her and her community's practices around maternal and child health.

Impact of the Ouro Negro radio drama on a 25-year old woman.

Abiba, 25, lives with her husband and two children ages 3 and 7.  There is no electricity in her home or community, so she sells beans and peanuts to buy the batteries necessary to operate her small transistor radio.

The batteries have become her lifeline thanks to our serial drama on essential health practices, PCI Media’s Ouro Negro. It’s the most popular and longest-running serial drama in Mozambique history.

Abiba appreciated one episode of the serial in particular.

One of the characters in the drama was pregnant, did not have the support of her husband and was not getting the prenatal examinations she needed during her pregnancy. In the story, the woman died while giving birth working in the fields. Abiba learned a lot about safe health practices from this program, like the importance of good prenatal care, how a husband’s support during pregnancy and childbirth can significantly improve survival rates for mother and child, and about how child immunizations can save lives.

Somehow, Abiba and her friends found the courage to convince their husbands to start listening to the drama with them.

"Important that I say is that women no longer do what they did. After listening the program, they already know how to take care ... I know if this man wants my good or not ... this man should advise to go to the hospital, attend the childbirth ... others do not do it. Now some men already do these things ... it sounds like a joke, but now, after listening to (Ouro Negro) they do. Women put men to listen (to the radio). Men complain that the program came to ruin their lives ... But now they know what to do, they go to the fields together, they help ... this (happens) thanks to Ouro Negro".

From listening to the radio-drama, Abiba and her friends began to explain to their partners the risks of not having proper care during pregnancy and giving birth at home. Men, initially suspicious, looked for more information and began to listen to the radio-drama with their wives, discovering that what they said was true.

Now, the husbands are fans of the program as well. Abiba’s husband is beginning to contribute to household responsibilities and has taken the children to get immunizations at the nearby clinic.

Abiba and her friends cannot believe the changes they have seen in their husbands and in their community.

The husbands joke that the program has ruined their lives!  But still, they listen. Learning something valuable is just an added benefit.

Your support helps us to continue to create popular media programs that inspire changes in knowledge, attitudes, and practices that help mothers and children lead healthier lives.