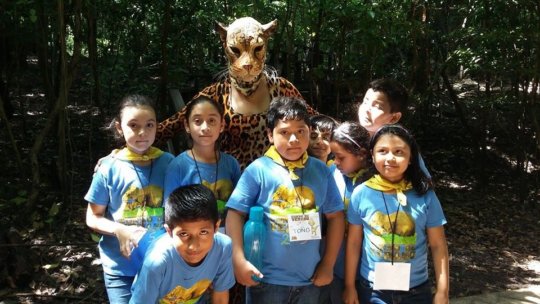 Student visitors at the ZooMAT

After the astonishing success of its first two seasons, the Guardians of the Mist theater play is back at the world renowned Zoomat in Chiapas, Mexico. More than 3,000 people have come to watch it. Spectators have traveled from different cities in Chiapas, and even from neighboring states and foreign countries.

Guardians of the Mist conveys strong social messages around the conservation of the environment and the devastating effects of deforestation on climate change. Its characters bring some of the most endangered species of Chiapas to life, inviting the audience to engage through concrete calls-to-action. Its profound impact is exemplified in the following comment from a young male spectator: “The play makes you feel something special, that you have the responsibility to take care of the environment, or else we won’t be able to survive.”

Theater is a communication tool that bears the power to mirror our daily lives. The dramatic representation of real stories brings pressing social issues to people’s awareness. It also helps the audience draw an emotional connection between the issues at stake and the solutions they have in their own hands. “The play sends a great message to take care of the ecosystem, the animals and not to cut trees…It is great, and we highly recommend it.”  [Spectator]

The third season of the play will open in early 2016. Cheers for another successful season! 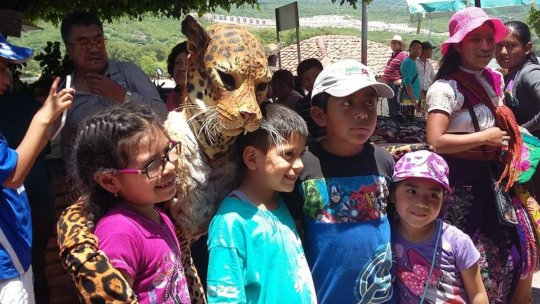 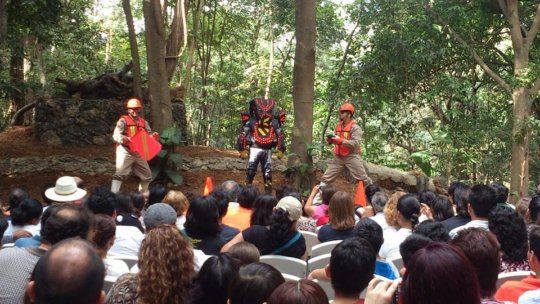 Guardians of the Mist on stage 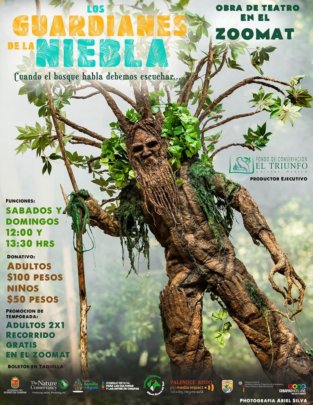 Guardians of the Mist promotional poster

The #ISurvivedEbola campaign has reached over 10 million people in West Africa with lifesaving information and messages that encourage the reintegration of individuals that have survived Ebola.

30 first person video testimonials from Ebola survivors, radio dramas in 12 languages and 16 billboards have made their way into the homes, markets, taxis, hearts and minds of everyday people in Sierra Leone, Guinea, and Liberia. And the #ISurvivedEbola campaign is having a tremendous effect.

Stories of survival are an important part of ending the epidemic and will be a critical vehicle for making sense of life as the region moved to post-Ebola recovery.

Thank you for supporting this campaign and showing solidarity with the people of West Africa. As you can see, your support is making a difference.

Community-Based Theater: A Call to Action 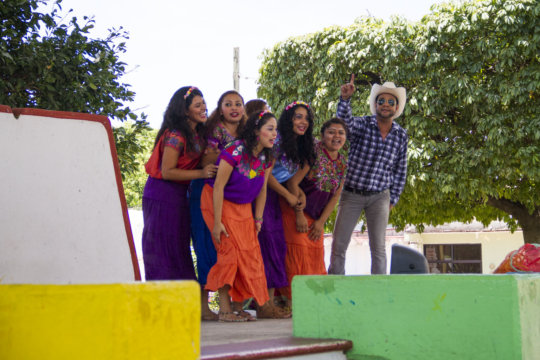 The Sierra Madre mountains of Chiapas are surrounded by members of rural communities whose lives are inseparably linked to the endangered forest. These communities are rarely empowered to be the principal agents of change in efforts to save the Cloud Forest.

Guardians of the Mist, the live action play at the Chiapas Zoo, laid the foundation for an initiative that would give these communities a voice. With the support of PCI Media Impact and FONCET, two villages in the Sierra Madre mountains were trained to launch their own environment-based theater productions. These plays were inspired by Guardians of the Mist and the radio drama that preceded it, but each took on its own unique flavor.

Community members from the villages of Jaltenango and Mapastepec participated in workshops that trained them in participatory theater and helped them adapt a story to local audiences. In both cases, their plays focused on the crucial issues of biodiversity conservation, climate change adaptation and natural resource management. The groups' awareness of local issues allowed them to integrate other sensitive and pressing problems into their scripts, such as machismo, immigration and domestic violence.

During the workshops, 30 participants were trained in basic skills such as performing, costume design and scriptwriting. Each group wrote, produced and acted in theater plays that were launched in June of 2015.

Theater bears the power to break down complex issues and capture the hearts and minds of its audience. These community theater performances took the medium a step further: the actors played out the life of the forest on set, compelling them to take action on the ground after the curtain had fallen. In this way, the play itself was a pretext for members of the community to engage one another in concrete action around crucial environmental issues.

Actors and spectators alike were enchanted with the power of creativity to shake them and their peers into action.

“The theater play allowed us to identify the problems that exist in the communities, and to find solutions," said Dulce, a female student and participant.

With your support, we can continue to work with local communities to create innovative awareness campaigns. 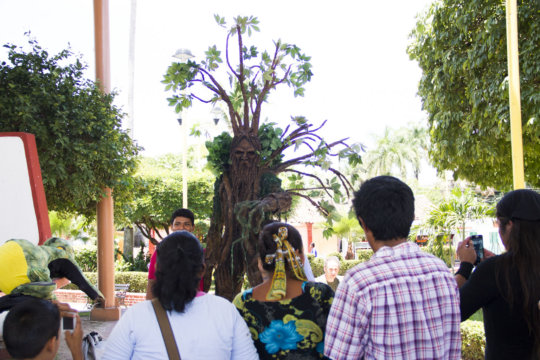 Guardians of the Mist character in the community 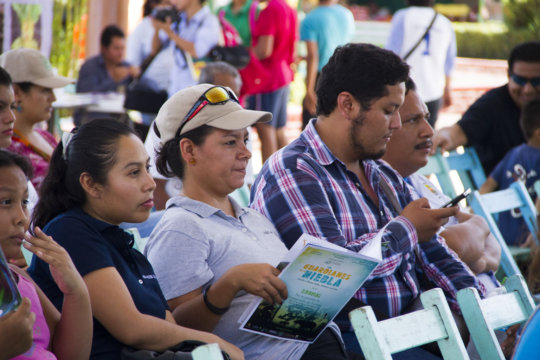 Audience members in the town square