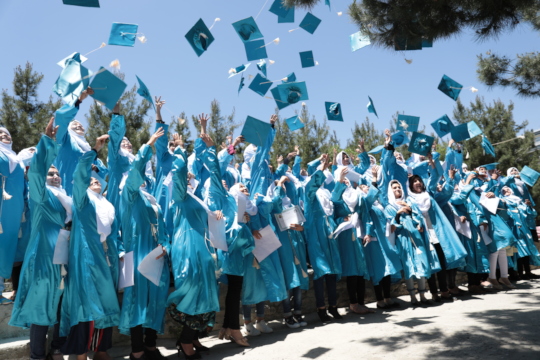 It's that time of year again! Aid Afghanistan for Education and our community in Kabul just celebrated graduation for 130 students. I've added some of our favorite photos from the ceremony, but you can view all photos on Facebook.

During the ceremony, we were privileged to hear from a member of Kabul's Ministry of Education, member of parliament Shinkai Karokhail, and even a graduate's brother. All three of them spoke to the importance of educating women, especially mothers, and how AAE's programs are serving women who are otherwise excluded from formal education. You can view a short video of the ceremony speeches here (in Dari).

We're proud to say that these students will be promoting peace in Afghanistan, no matter how they choose to spend their next few years. Some will go to university, others will study to become teachers or midwives, and many will ensure their children study, learn, and grow safely. Together, we will make Afghanistan more peaceful, one graduate at a time.

Thank you for all you've done to support AAE's students and quest for peace in Afghanistan. We're so grateful to have you by our side. 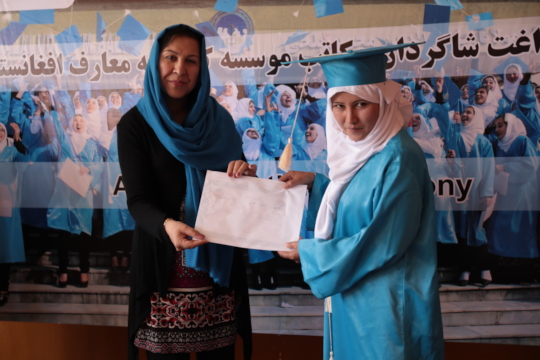 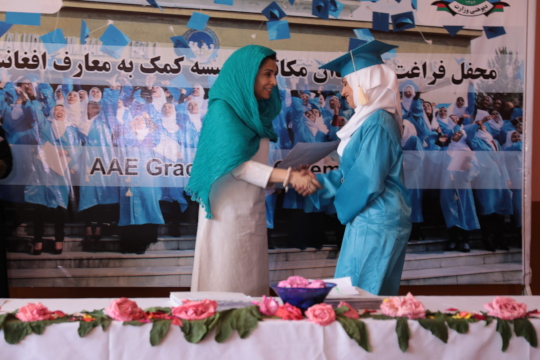 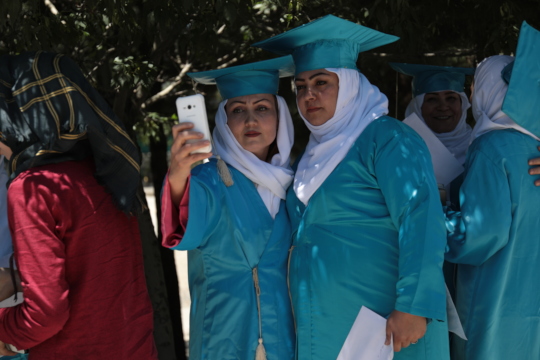 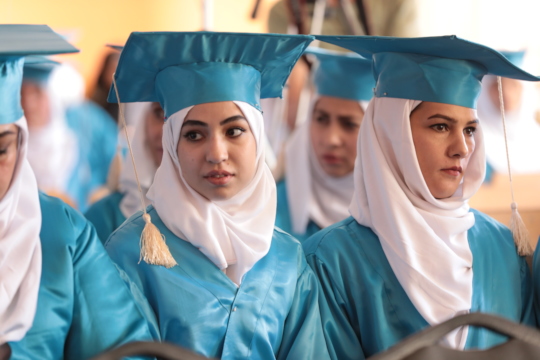 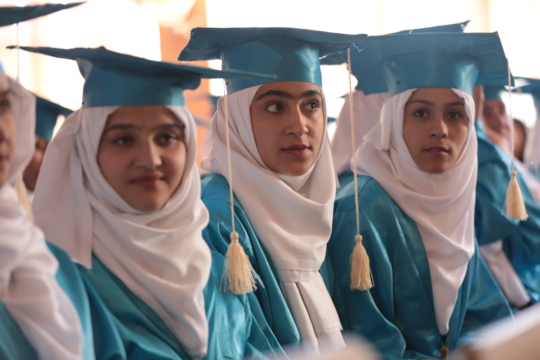 The strength of Afghan students 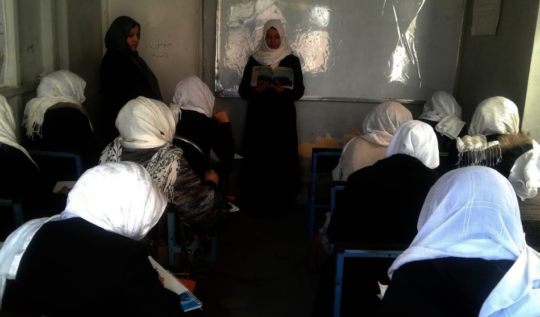 Thank you so much for your continued support of Aid Afghanistan for Education's schools and students. Times are turbulent in Afghanistan, but it brings our team comfort knowing we can count on your support. Today, I'd like to introduce you to two students who have overcome monumental challenges to pursue education.

First, meet Mariam. At 35 years old, she's attending 12th grade - her final year - at an AAE school in Kabul. Not so long ago, Mariam was unable to attend school because her brothers and father wouldn't allow her. They didn't believe it was necessary for women to go to school. Before she knew it, she was engaged to her cousin, and that marriage quickly turned abusive. After her husband died, she returned to her parents' home.

Mariam's father abused her as well, and she became depressed because her in-laws took her children when her husband died. Finally, after Mariam's father died, she discovered AAE and went back to school. Her two children returned to her, and the three of them rented a room together. Mariam cleans houses when she's not at school to support her children. Despite her challenges, she enjoys school and learning, and is looking forward to getting a better job to provide for her family.

Maneeja is another Kabul student. At 23 years old, she's studying in 10th grade. She's returning to school after seven years after her father forced her to work to help support her family. Maneeja originally tried to return to a public government school, but they told her she could not study there since she had been gone so long. Evening school was the only option, but that was not possible since women should not be out of the house that late alone.

After that, Maneeja learned about AAE schools, and attends school in secret. If her father finds out, he will force her to quit. Maneeja still sews in the evenings to earn income for her family.

Both Mariam and Maneeja have overcome seemingly impossible family challenges to go to school. We're so proud to offer them accelerated, quality education so they can learn, engage in civil society, educate their families and children, and contribute to a peaceful Afghan future. Thank you for all you do to support students like Mariam and Maneeja - we couldn't do it without you.

And finally, happy New Year! Afghanistan celebrated Nowruz, Persian New Year, during the spring solstice on March 20. May each and every one of you have a new year filled with light, peace, and prosperity. 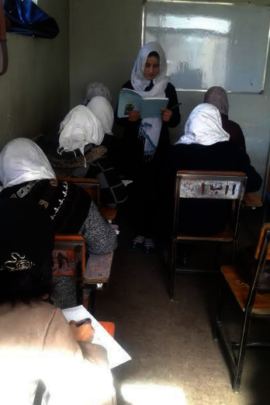 Reflections on Afghanistan in 2018 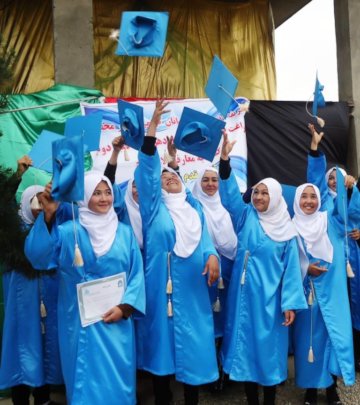 2018 has been a transformative year for us at Aid Afghanistan for Education. Our renewed partnership with the Ministry of Education gives us hope for an Afghanistan where every woman and girl—no matter her age, marital or refugee status, or income level—can access the education of her dreams. The King Sejong Literacy Prize from UNESCO elevated our work to a global audience. And we’re proud to say that more people than ever have committed to a monthly donation supporting our students, becoming our strongest partners for peace.

2018 was also a big year for peace in Afghanistan. This may sound surprising if you watch news coverage of the war. But I invite you to think back to the spring.

Think of the first-ever ceasefire between the Afghan government and extremist groups—a ceasefire demanded by the Afghan people to celebrate Eid in peace.

Think of the Kandahar peace march. Activists from Kandahar, in southern Afghanistan, marched on foot to Kabul in the name of peace, picking up hundreds of people along the way.

Think of the parliamentary elections in the fall. While security and preparedness issues meant hundreds of polling places did not even open, a record number of women turned out to vote. Women from all backgrounds across the country, including AAE students and graduates, showed up on election day to do their part, despite the risk. Their commitment to democracy told the world loud and clear: Afghan women’s voices matter, and the world must listen.

And now think of graduation. A pivotal point in any person’s life, the chance to take on new opportunities. This year, hundreds Afghan women graduated with state-certified diplomas from Aid Afghanistan for Education’s accelerated education program. That means hundreds more women are out in the world creating peace.

We believe our students’ resilience and ambition prove that education is worth the investment. Educated women raise healthy and education children, vote in elections, start businesses to support their families and communities, pursue higher education, and forge paths to peace in a world in desperate need of it. They become journalists, midwives, teachers, mothers, accountants, scientists, and more. With education, Afghan women are achieving their wildest dreams.

To our students, to our teachers, to our advocates and allies, to our supporters like you: thank you. Thank you for making 2018 our most hopeful year for peace yet.