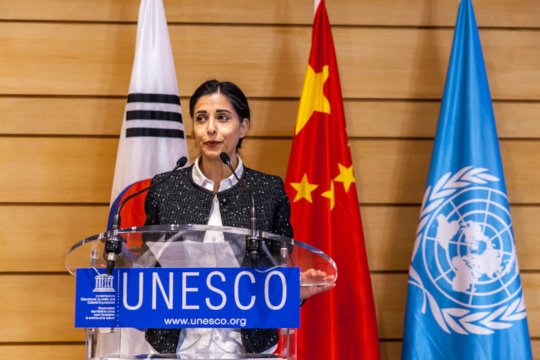 This prestigious award is given to only two nonprofits every year that place a high emphasis on mother tongue literacy. Hassina Sherjan, our founder and director, traveled to Paris to accept the award from UNESCO. We’re proud to be the first Afghan organization to ever win this prize. You can read more about the award on UNESCO’s website.

Literacy is a major key to unlocking your potential. When a woman can read and write, she can build financial and social independence, help her children learn how to read, and achieve her educational goals. For women in Afghanistan and all throughout the world, literacy is the first step in chasing your dreams.

Not long after International Literacy Day, the Afghanistan Center at Kabul University delivered a wonderful gift: books for our schools’ libraries! We’re very grateful for their support, and know that students will enjoy new books to read. Here are some pictures of the book delivery.

We are also excited to share that GlobalGiving’s Safer World Fund is matching all donations to Aid Afghanistan for Education to help us create a more peaceful Afghanistan. With the end of the year holidays approaching, remember there is no better gift than the gift of education.

Thank you, as always, for your steadfastness in supporting education for women and girls in Afghanistan. 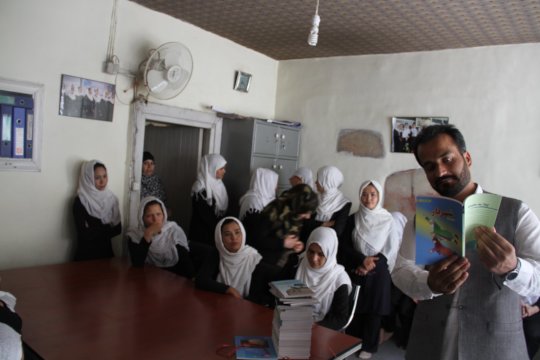 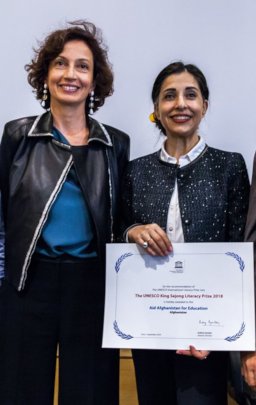 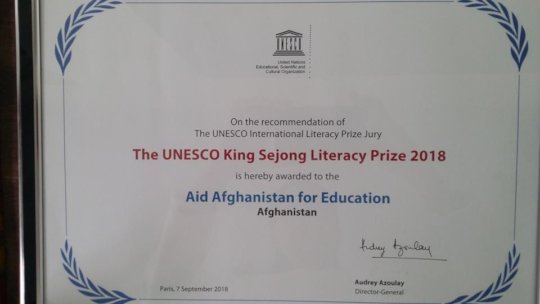 The future of accelerated education in Afghanistan

By Hassina Sherjan - Founder and Director 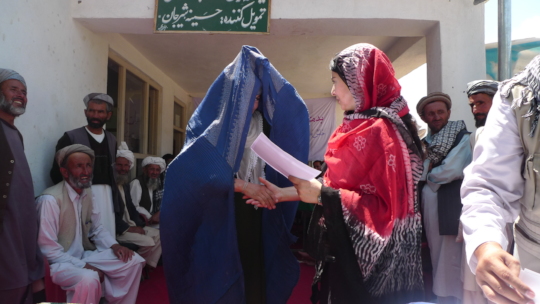 Surrounded by men, a student in a burqa graduates.

Warm greetings from Kabul! We have an update we’re very excited to share with you about our partnership with the Ministry of Education.

We’ve had a partnership with the Ministry for a long time now—enabling us to be the first NGO in Afghanistan to issue state-certified high school diplomas. Now, we are part of the first Public-Private Partnership that the Ministry of Education has signed with a civil society organization. AAE’s accelerated education program for marginalized girls and women will be integrated within the Ministry of Education’s programs and we—the AAE team—will be managing the program and mobilizing students for the expansion of the program. Together, we plan to reach 12,000 students in 14 additional provinces within the next five years.

AAE’s accelerated learning program is a model to be used for how NGOs can support local governments to deliver better services to the people. We’re proud to be part of the movement in the NGO world to develop long-term, sustainable programs to improve communities holistically—not short, project-based activities that come and go. Education is a lifetime investment in a person, a family, a community, and a country, so NGOs, governments, and other stakeholders must be committed for the long-term.

Thank you for joining us on this journey to make sure that everyone in Afghanistan—regardless of refugee status, marital status, or age—can get the education they deserve. 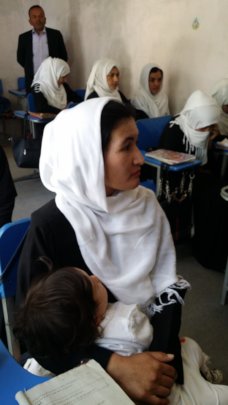 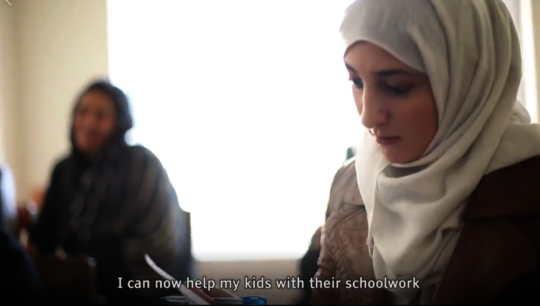 Foruzan can now help her kids with their studies.

Hello from Kabul! We’ve had a busy few months working with women and girls across Afghanistan to help them reach their educational dreams.  In February, Aid Afghanistan for Education was awarded “Best Practice in Financial Management” by the Afghan Institute for Civil Society, and also received certifications in program management and delivery, internal governance, strategic planning, and other areas. Learn more.

In March, our founder and director Hassina Sherjan traveled to Oxford in the United Kingdom to speak at the World Literacy Summit. She spoke with other world educators about the issues that current education systems produce around the world: individuals programmed with information, instead of people who can think critically for themselves. Hassina believes standard education does not produce happy and joyful people, which contributes to unrest in the world. She also discussed the need for a new international development approach to support long-term programs instead of short-term projects.

We also celebrated International Women’s Day in March with the release of an updated video about AAE’s impact, which follows the stories of four women we’ve worked with over the years. Foruzan, a mother studying in 12th grade; Rona, a math teacher who was once a cook at the first AAE school; Anita, a graduate that became a midwife; and Hamida, who recently graduated from the American University of Afghanistan. Watch the video here.

Mother’s Day in the United States is on May 13, and we’re thrilled that GlobalGiving is helping us honor Afghan mothers by organizing a Mother’s Day campaign! From May 1 through 13, you can donate in your mother’s honor to support Afghan women’s education. For the mother who has everything, a donation supporting other mothers can be an amazing gift. If you start a new monthly donation, it will be matched 100% by GlobalGiving.

We’re so grateful to have your support for Afghan mothers like Foruzan, who tells her story in the video linked above. And to every mother reading this, have a very happy Mother’s Day! 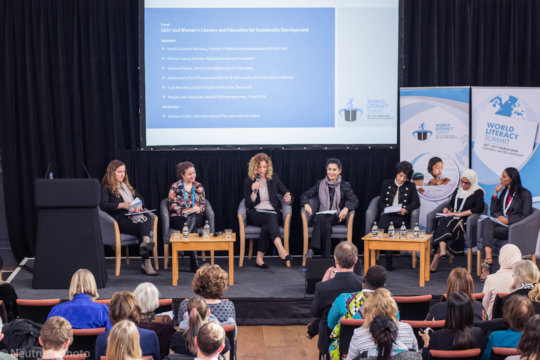 Hassina at the World Literacy Summit 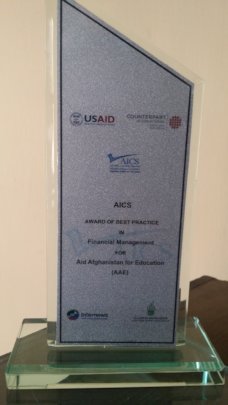 Afghan Institute for Civil Society award
‹ 1 2 3 4 5 6 7 8 9 ... 12 ›
WARNING: Javascript is currently disabled or is not available in your browser. GlobalGiving makes extensive use of Javascript and will not function properly with Javascript disabled. Please enable Javascript and refresh this page.