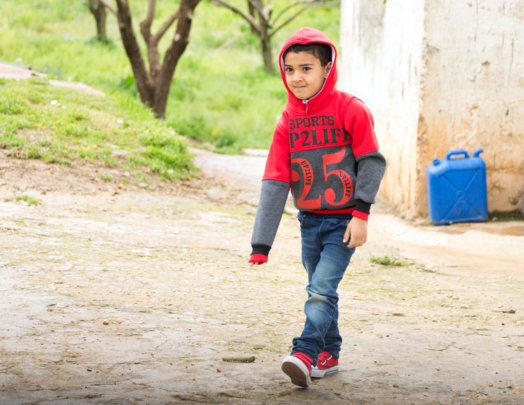 Concern Worldwide continues to assist Syrian refugees in meeting their most urgent needs, and we are grateful for your generous support which helps to make this work possible. Concern manages a range of programming for internally displaced persons (IDPs) and refugees in Syria, Lebanon, and Turkey, including the provision of basic needs, such as clean water, food, clothing, and shelter. We are also providing education, psycho social support, and community based protection efforts.Today, I want to spotlight Concern’s efforts to assist Syrian refugees in Lebanon. Since the onset of the crisis, Lebanon has absorbed 1.5 million Syrian refugees, which has swelled the country’s population by an astounding 25% in just five years.

One of Concern’s most critical efforts in Lebanon is our early childhood education (ECE) program in the Akkar and North governorates. This program targets children aged 3-5 to build their core competence in Arabic, Math, and French to improve school readiness by the time children are six years old and eligible to enroll in the formal Lebanese school system. Instructors are both Lebanese and Syrian, and they have been trained in student centered learning, classroom management, and child protection. In addition, parents and other caregivers are trained on home learning techniques, formal education options, and child protection issues.

In addition to early childhood education, Concern is providing Syrian children in Lebanon with homework support and classes for basic literacy and numeracy in French. For children who are struggling to process their emotions, we offer psychosocial support and engage and encourage parents through parent and caregiver groups. Since 2016 these programs have helped 2,614 children.

I would now like to take the time to share with you a story, written by Concern's Aoife O'Grady, of a Syrian family in Lebanon that is benefiting from our ECE program.

Kareem* is six years old, and was born in 2011, the same year that the conflict began in Syria. By the time he was a toddler, the war had made Kareem a refugee, as his family had to flee to Lebanon for safety. By leaving Syria, Kareem’s family was ripped from everything and everyone they knew, and the stress and anxiety of displacement left a deep mark on Kareem. He became increasingly isolated from other children and showed almost exclusive attachment to the only constant in his life: his family, and in particular his mother, Mahira*.

When the time came for Kareem to begin school, Mahira knew that the mainstream Lebanese system simply wasn’t an option for him. She was relieved to discover Concern’s ECE program, and felt that it would be the best option for Kareem at the time. Concern’s ECE program has provided a stepping stone for Kareem to make the leap into formal education in Lebanon, and his mother is now confident that he will cope well when the time comes. He has become more active in class and is now mixing well with the other children — he even has a best friend named Asif*.

Of course, the challenges facing Kareem’s family and the 1.5 million Syrian refugees who have sought safety in Lebanon have not disappeared. Kareem — like so many others — is haunted by those he left behind and keeps asking his mother where his grandparents are. But Concern continues to work with communities to help ensure that Kareem and his peers won’t become part of a lost generation.

The present is undeniably challenging but Concern’s aim is to ensure that a different future is possible for Kareem and the children of Syria in Lebanon.

“I dream my son will continue his education since he took the correct first steps with Concern. I believe that he is on the right path. I will encourage him and I know that organizations like Concern will help him succeed.”

Thanks in part to your contributions, Kareem has a chance at the education he deserves, and Mahira and her family can look forward to a future full of opportunity. 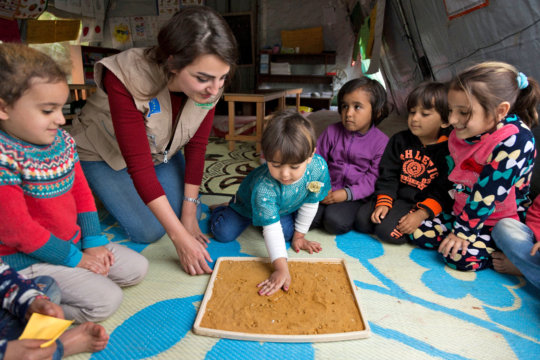 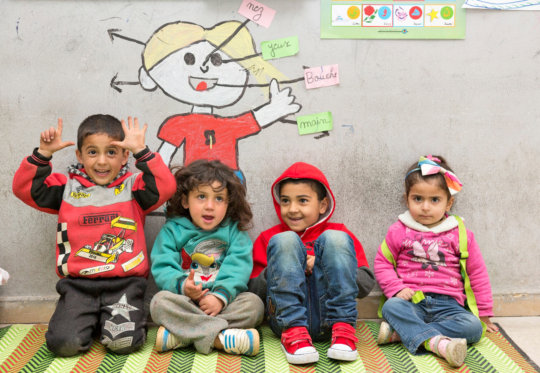 Kareem and his friends at the education center 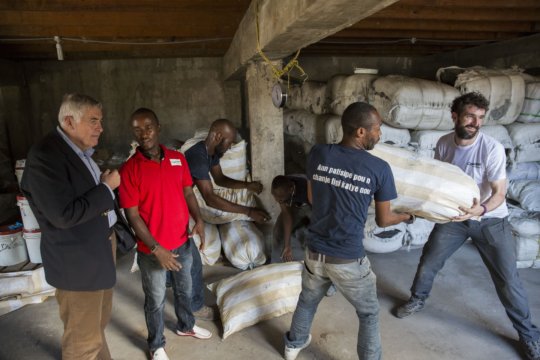 With the help of your generous support, Concern Worldwide has provided extensive assistance to Haiti while the country has recovered from the effects of Hurricane Matthew, which struck in October of 2016. While most of the damage from the storm was concentrated in the southern and northern regions of the country, many other areas were also hard hit, including the island of La Gonâve, off the coast of Port-au-Prince.

On La Gonâve, Concern conducted emergency distributions to over 8,000 people, providing essential items such as hygiene kits, tarpaulins, jerry cans, and tents. Concern also supplied water purification tablets to ensure that people had access to safe drinking water and to prevent the spread of cholera. Additionally, Concern distributed nearly 500 shelter repair kits on the island and recipients received support and training to build better and more resilient homes. Concern also conducted a cash-for-work program, hiring community members to help rehabilitate over a mile of strategic road on La Gonâve in order to connect residents to the main market town.

In the slum neighborhoods of Cité Soleil and Grand Ravine in Port-au-Prince, Concern provided emergency aid immediately after the hurricane, and has continued to work in these communities, helping residents construct drainage canals, retaining walls, and gabion walls for erosion protection in order to promote long term resiliency to disaster.

In total, Hurricane Matthew caused nearly $2 billion in damages, including $600 million in the agricultural sector.  The hard-hit southern peninsula of the country provides about one-third of Port-au-Prince’s food supply, and the losses of crops and fishing equipment will have long-term implications for food security. The storm has also set back almost every key initiative underway in Haiti. As a result, it is more important now than ever to invest in long-term development and resiliency efforts in Haiti.

Increased security issues surrounding Haiti’s elections have made it difficult for our communications team to gather recent case studies to share with you. However, we can assure you that our dedicated team continues to assist the people of Haiti, with a focus moving forward on the urban context in Port-au-Prince. This will include a multi-year integrated community development program aimed at building not only critical infrastructure but also livelihoods, resilience, equality, and healthy families.

This Global Giving project is coming to an end, but we thank you so much for your support and we sincerely hope that you will consider supporting our other projects around the world. We would especially like to direct your attention to our response to the Hunger Crisis in East Africa, which can be found here: https://www.globalgiving.org/projects/combat-hunger-in-east-africa/

As always, thanks for your interest in our work and support for the people of Haiti. 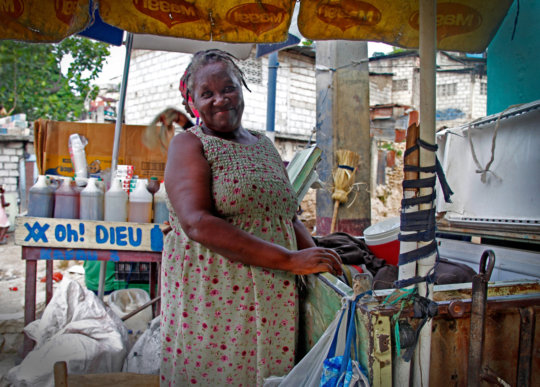 Alianna, a beneficiary of the urban program
Jun 5, 2017 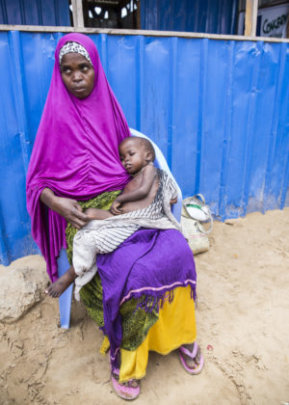 I am pleased to share our first report through GlobalGiving on the progress our project has made to combat the hunger crisis in East Africa. With your generous support, Concern Worldwide continues to respond to the devastating situation in South Sudan, Somalia, Kenya, and Ethiopia, where 20 million people are currently at risk of starvation. Concern has scaled up its operations, with over 1,200 experienced staff currently on the ground providing life-saving support to the increasing numbers of people throughout the region who need urgent assistance. A critical component of Concern’s response is to treat the growing number of malnourished children. We are also delivering cash transfers, distributing food, and providing access to clean water and hygiene. Today, I want to spotlight the situation in Somalia and our ongoing response to it.

In Somalia, lack of access to water is the key driver of the crisis. The current drought, which is the result of three failed rainy seasons in a row, is the most severe in living memory. Over half the population (approximately 6.2 million people) is in urgent need of food assistance, including more than 350,000 children under the age of five who are acutely malnourished. So far, humanitarian aid has helped to minimize the loss of life, but the sheer scale of this crisis is overwhelming and the threat of famine is looming large. Wells have dried up, crops have failed, and livestock are dying in massive numbers from lack of food and water. The short supply of food has sent prices soaring and people have been left with no choice but to leave their homes and villages in search of food and water. So far an estimated 600,000 Somalis have been displaced from their homes, often walking for days or weeks in search of food and water.

In Somalia alone, Concern has provided over 14,000 families (over 70,000 people) with emergency cash transfers so they can buy the food they desperately need, and we’re providing clean water to tens of thousands of people in the worst hit drought affected areas. Concern has also expanded its emergency nutrition response by establishing outpatient therapeutic and supplementary feeding programs, reaching almost 7,000 malnourished children and breastfeeding mothers.

The journey to find relief is often filled with unimaginable suffering. Aayan* and her three-year-old son Aadan* arrived at a Concern nutrition center in late March after a harrowing 37-mile trek during which Aayan lost two of her other children. There was just nothing she could do to save them. When Aadan was assessed by the Concern team, he weighed only 20 pounds. Suffering from loss of appetite, edema, and skin disease, he was diagnosed as severely malnourished and has been admitted to Concern’s nutrition center for the care he so urgently needs.

In Somaliland, an autonomous region of Somalia, animals are the main source of livelihood for herders like Hani*, providing income, food, and valuable assets. Over the course of the current prolonged drought, Hani has watched her animals die in droves. Before the drought, her family owned more than 459 animals, but less than 60 sheep, goats, and camels have survived. Without them, Hani doesn’t know how she and her family will survive. Devastated by his family’s desperate situation, Hani’s husband hung himself from a tree, leaving the 47-year-old mother of seven completely on her own. Hani is currently receiving emergency water supplies and cash transfers from Concern Worldwide to help support her family.

Concern plans to continue to scale up our response in Somalia and the rest of East Africa in order to reach as many beneficiaries as possible for as long as the crisis continues. On behalf of Concern and the people we serve, we thank you for your generous support as we provide life-saving resources to families facing hunger and drought in East Africa. 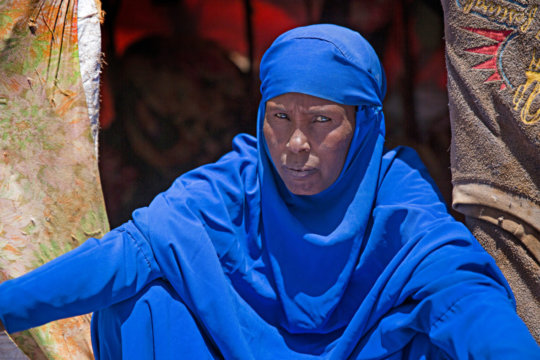 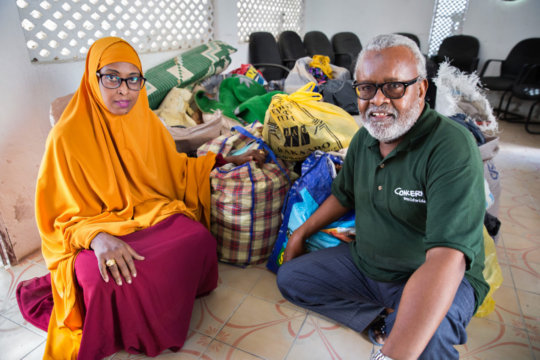 Concern staff Hawa Wehliye and Ibrahim Ambar
‹ 1 ... 10 11 12 13 14 15 16 17 ... 21 ›
WARNING: Javascript is currently disabled or is not available in your browser. GlobalGiving makes extensive use of Javascript and will not function properly with Javascript disabled. Please enable Javascript and refresh this page.