Ram Narayan, Shankar and Sunita are the team in Nepal to respond to the flood victims. They have been working non-stop in cooperation with individuals and organisations to ensure that everyone had something to eat and somewhere to sleep in ten surrounding villages from Bhagawatpur panchayat where our partner organisation is based.

The current situation of the flood victims as I have received from the team:

- Even though their home is not safe they prefer that way and have to protect the remaining.

- At least 50% of the families affected by the floods have started to cook meal in their own home.

- None of the families have an electricity in their home

- Almost all the families have a mosquito net, a hand tourch and some clothing

- Now, the families need construction materials to rebuild their home, clean water and something to rebuild a livelihood on

- NVF team is committed to this and we need your support. Please spread the word and donate generously.

Thank you for your support ...

Re- Flooding in Nepal 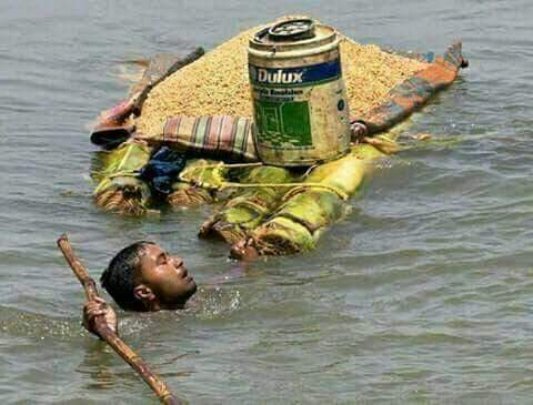 A man is risking his life for few kilo of rice....

Thank you for your continuous support to the ongoing Girls’ Education Project in Nepal.

The devastating flood triggered by heavy rainfall in the southern Nepal on 12th of August 2017 has taken the life of 121 people, hundreds of missing, 6000 families have been displaced, and over 5 million people are severely affected. See the link for more details- https://www.theguardian.com/global-development/2017/aug/16/floods-and-devastation-in-india-nepal-and-bangladesh-in-pictures

NVF works in Southern Nepal to promote formal education for girls from the poor and Dalit families because girls’ education has been ignored in the community. The families who have been displaced in flood are the poorest because their home in not built properly to defend against flood or earthquake. Now, without a home and livelihoods, the families will not be able to continue their children’s education.

Hence, to support the flood victim’s families and prioritise their children’s education, NVF team decided to rebuild the home and livelihoods of 100 families. A project has been posted on GlobalGiving, and without your support, we can do this. It is a very difficult time for the families so please donate generously. Link to the project– https://www.globalgiving.org/projects/rebuild-the-home-and-livelihood-of-100-flood-victims/.

You can also help us by setting up a fundraising campaign or by sharing the project with your families, friends and colleagues for their help to rebuild the home and livelihoods of the poor people in Nepal. 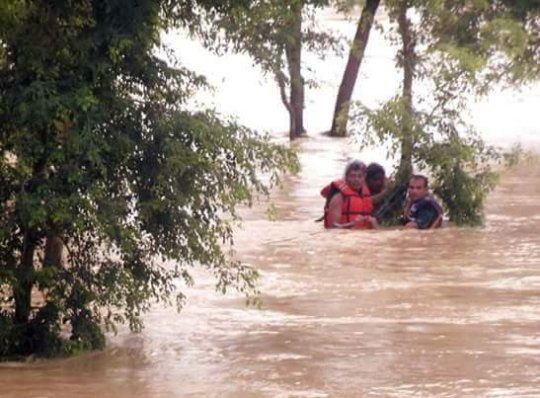 The group of people have no where to escape......

Attachments:
‹ 1 ... 5 6 7 8 9 10 11 12 ... 18 ›
WARNING: Javascript is currently disabled or is not available in your browser. GlobalGiving makes extensive use of Javascript and will not function properly with Javascript disabled. Please enable Javascript and refresh this page.