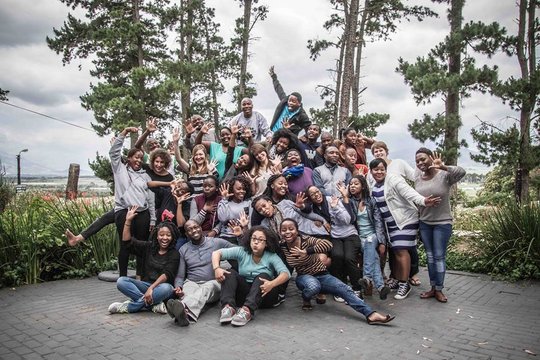 Thank you! From the IkamvaYouth Team

Every year IkamvaYouth arranges two weeks’ intensive tutoring which takes place during the Winter School holidays (‘Winter School’). Winter School is one of the most expensive aspects of our model as the learners have to be transported from their local branch to the venues and we also cater for our learners whilst they are there, often it is the only meal our learners will eat that day.  This year close to 1,000 learners participated in Winter Schools across the country. IkamvaYouth’s volunteer tutors did not disappoint as they attended with such motivation and determination to ensure that the Winter School of 2014 was a great success.

During Winter School not only do our learners participate in intensive tutoring sessions but they also attend workshops and events with our partner organisations. For example, South African Astronomical Observatory ran workshops on the night sky, Capitec ran workshops on financial literacy and HIV testing took place at all winter schools. Many young minds were inspired during IkamvaYouth’s Winter Schools and many dreams took a giant leap towards their fulfilment.

An addition to our model this year was Matric Camp in the Western Cape for our Grade 12 learners who are completing their final year of school. This year due to their rural location  the Grade 12s from our Eastern Cape Branch, Joza, were transported to the Western Cape so that they could participate in matric camp. The first day saw all the learners arriving at the site and participating energetic team-building exercises to help break the ice as learners started interacting more freely across the branches. True to IkamvaYouth culture, tutoring started in earnest from day one and the learners spent the rest of the afternoon working through past exam papers and Answer Series guides.

Throughout the camp learners took part in a variety of activities aimed at preparing them for their final exams and tertiary studies: from intensive tutoring and exam practice to workshops around how to study effectively and evening self-study times.

Whilst the camp is a serious study boot camp, with tutoring happening from early in the morning until late into the night, the learners found the time to energise themselves through an impromptu talent show; an evening of singing, dancing, stand-up comedy and drama.

Sixolisiwe Sibebosi, a volunteer tutor, said: ‘The matric camp was very productive. Firstly everything was well prepared, the kids were hungry to learn and that motivated me. IkamvaYouth has changed my life;  I passed my matric because of IkamvaYouth’

Bonke Sibunzana, a learner said: “What I liked about matric camp was how committed the tutors were. They encouraged us to use the tutoring time wisely. I also like how united we were as Ikamvanites. Everyone showed love and support for each other”

Thank you for your continued support of IkamvaYouth. Without you, our work would not be possible. 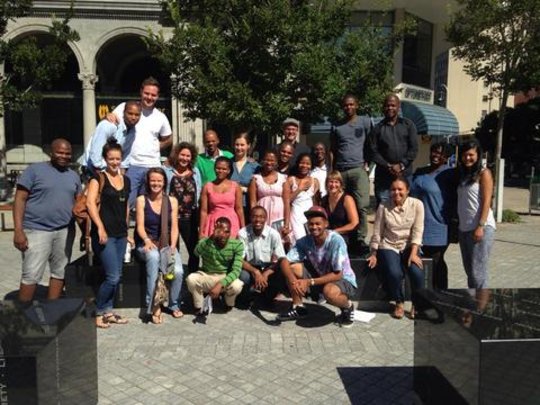 Organisations attend to learn about the model

IkamvaYouth and its partner organisations have realised the need to collaborate in order to succeed and sustain. The realisation that together we are stronger, better, and will inevitably last longer has led to a growing number of trusting relationships developing between organisations. The community collaboration project brings together a group of like-minded forward thinking change-makers who are all working in the after-school education space to provide opportunities to youth living in township communities. The idea behind the community is to offer support to these organisations in order to maximise our collective impact.Over the past six months the community has met monthly to share, complain, advise, suggest and develop solutions to the challenges that our programmes inevitably face. These organisations hail from different communities and are at different levels of their own development yet they have much in common. Arlene Bock from Sozo Foundation has been a committed member of the group since January. She was inspired to participate by ‘the vision of a community of organisations all uniting and supporting one another to a make a significant dent in the challenges many South African youth are faced with.’

This need for support is echoed by all participants and as the community has taken shape it has begun to serve this need. Through the sharing of resources such as a donation of 60 Answer Series books from an organisation with surplus to one with a shortage, and of contacts and opportunities which has led to several students having been accepted on to Enke’s Trailblazer programme for 2014, the collaborative community is working together to reach a common goal. This goal is a strengthened after-school sector that develops South Africa’s youth academically and non-academically to ultimately reach Vision 2030.

The project has been on a steep learning curve since January and various challenges have presented themselves (about as fast as they have been solved!). Despite the difficulties of working as a group, holding people accountable, meeting real needs, individualising support, and monitoring impact, the community continues to benefit the participants and add real value to the programmes that they deliver. Sonwabile Mayekiso, from Education Without Boarders said that being part of the collaborative community has helped him to ‘see ways of overcoming challenges that [they] are grappling with, because other organizations have grappled with the same challenges and have overcome them."

It is clear that South Africa has an education crisis, it is evident that IkamvaYouth is having an impact in this area by improving the academic results of learners, and it is apparent that there are many other organisations and individuals striving to replicate this impact but require support and guidance to do so. To make headway towards Vision 2030 and ultimately to address the education crisis and build a better future for South Africa’s youth, collaboration is needed and the responsibility to provide a space for it is in IkamvaYouth’s hands. As the project progresses IkamvaYouth is exploring innovative ways of offering support and guidance in effective, efficient and sustainable ways. 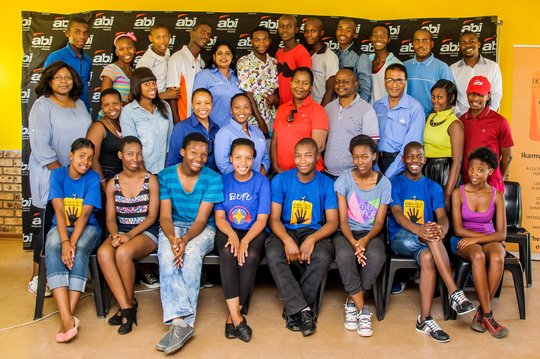 Township learners achieving against all odds!

The sky is not the limit for IkamvaYouth astrophysicists

The matric class of 2013 was IkamvaYouth’s 9th and by far our largest ever, with over 150 Ikamvanites. These dedicated young men and women come from 7 different townships in 3 provinces, and they have overcome extraordinary adversity to reach and pass matric. From extreme poverty to gang violence, disintegrating families to drug and alcohol abuse, townships like Nyanga and Umlazi, the places the Ikamvanites call home, struggle with terrible social problems.

Despite those problems, the Ikamvanites of 2013 not only achieved an 89% matric pass rate, but 73% of them have already gone on to access the post-school opportunities they need to set them on the path to earning a dignified living.

Even more impressively, 46% of the matriculants accessed either Universities or Universities of Technology – proving that where you come from is no barrier to where you can get to in life. Ikamvanites are entering fields of study from Chemical Engineering to Law, Accounting to Education, Information Technology to Nursing. A record 10 Ikamvanites began their first year at the prestigious University of Cape Town this year, including top Makhaza students Sipho Ngqayimbana and Abongile Jojozi, who are both studying Astrophysics. Perhaps the next Stephen Hawking will be from Khayelitsha!

Overall, 63% of the Ikamvanites who passed matric in 2013 accessed some form of tertiary studies, including at FETs and private colleges. A further 8% accessed learnerships, and 10% have returned to school to supplement or upgrade their matric marks. We will continue to work with those Ikamvanites who have not yet found a post-school opportunity, and help set them, too, on the path to a dignified living.

IkamvaYouth wishes to thank our committed partners and sponsors for all the support they’ve given us and the brilliant Ikamvanites of 2013.

We would also like to call on any other interested organisations or individuals who can partner with us to help place the class of 2014, and work towards our Vision 2030 for South Africa. We would especially like to hear from bursary providers and organisations able to provide learnerships, internships and apprenticeships!