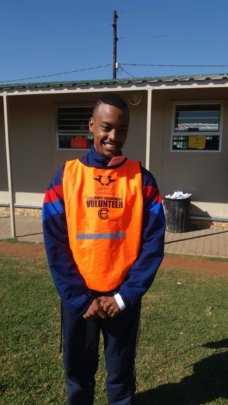 From the 27th of June to the 8th of July we hosted our annual Winter School.Winter school coincides with the school holidays which allows IkamvaYouth to offer township learners 10 days of intensive tutoring, educational workshops and excursions. Some of our branches were able to arrange for the winter school to happen at nearby tertiary institutions so that learners were able to experience being on campus and visualise themselves as students there one day. The energy was amazing, as always, and on the final day the learners were able to show-off their talent by participating in a talent show. We were very impressed with how dedicated the learners were and that they gave up their school holiday to improve their marks, what was just as impressive though was the number of tutors who volunteered their time over this period.

The University of Johannesburg’s Community Engagement Project was able to provide us with tutors especially for Winter School. Over the 10 days we grew accustomed to seeing the tutors arrive in their bright orange vests, energised and ready to tackle the day's activities.

Katlego one of the Community Engagement volunteer champions had his first taste of volunteering at our Winter School this year and said “ It’s not because I’ll receive anything, I’m doing this because it comes from my heart and I actually want to make a difference in society, especially in education at high-school level”. One of the volunteers named Promise shared that she’s a full-time university student, has a part-time job and still manages to volunteer regularly. This sort of dedication doesn’t go unnoticed by the learners and motivates them to work hard and even come back and volunteer when they complete high-school.

Wisdom, a Grade 10 learner from Ivory Park, completed his second Winter-School this year and finds that he has gained a lot more knowledge, “I didn’t know how to study and they guided me by showing me some study skills. I feel really good about being part of IkamvaYouth”. Over the 10 days learners are able to delve even deeper into any academic challenges they are facing so that they can start the new term off with a solid grasp of what they have learnt so far and focus on the upcoming exams. A special matric camp was held in the week following winter school, to give special attention to those learners in their final year of high school. Apart from the academics, matric week was also a time for them to work on applications to tertiary institutions and get to meet their peers from other branches.

Some of the workshops provided at winter school covered topics around health and wellness, financial management and green living. Our learners also received solar lights which were donated to IkamvaYouth following the tragic passing of one our learners last year after suffering burns while studying by candlelight. We have so much gratitude for all the individuals and organisations who hosted workshops and contributed to our Winter School, we hope that they gained just as much from the experience as the learners did and continue working towards bringing about change in society.

Thank you so much for your donations to IkamvaYouth which keeps the wonderful work happening :) 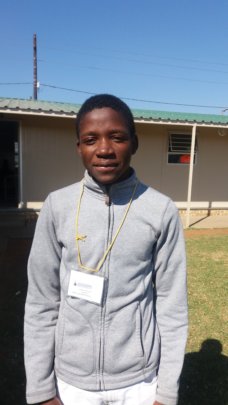 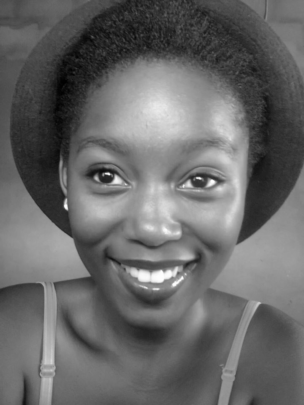 Towards the end of April we saw some of our alumni graduating from their various institutions of study. It is with pride that they can take on the next chapter of their lives and create better lives for themselves. This graduation season happens to coincide with the release of our Grade 12 placement results, these are the post school opportunities that the learners who finished high school in December 2015 secured this year with the support of IkamvaYouth.

We are excited to announce that 90% of the learners that completed high school in 2015 have been placed in either tertiary studies, learnerships or employment. 56% of the learners who passed are now pursuing tertiary studies in a variety of fields. In South Africa there are large anomalies in the number of black learners who select Mathematics and Science in school, which in turn means that there are fewer black professionals in careers where those subjects are prerequisites such as engineering. Which is why it is impressive that 25% of Ikamvanites who are in tertiary are pursuing studies in the field of science and engineering, with a further 19% enrolled in the field of commercial studies. Other fields that learners have enrolled in include psychology, law, health sciences and media related studies.

One of the challenges that learners face after completing matric is accessing funding for their studies. For 2016, 57% of the learners were able to secure funding in the form of scholarships, bursaries or study loans. Chumisa who achieved 6 distinctions at the end of high school went on to receive a bursary to study towards a BSc in Geology from the University of Cape Town. There were also 6 learners who were awarded the Moshal Scholarship giving them the opportunity to pursue a range of studies such as accounting, geology and computer science. Palesa is one of the learners who received a bursary, she had this to say: “IkamvaYouth has taught me the reward of focus and preparation especially when it comes to post matric preparation. Honestly without IkamvaYouth I would not have been heading into the bright future I am heading into today “ She is going to Stellenbosch University, and her parents do not have to pay for her fees.

Just over 51% of youth aged 20 - 24 years old in South Africa are NEET (not in employment, education or training), it is therefore vital that we are able to place as many of our learners as possible, allowing them the chance to create better lives for themselves. We thank you for your continued support which translates into access to information and opportunities for many learners who would otherwise continue to live with the injustice of poverty.

We look forward to the many more exciting moments this year, including the opening of our 14th branch! If you would like to get involved or find out more about what we do, please contact Hetile (hetile@ikamvayouth.org) 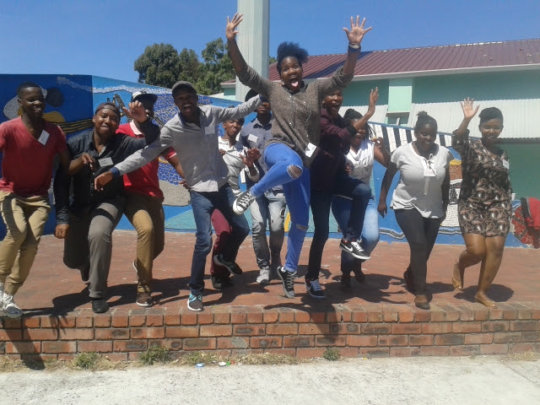 Above and Beyond (What limits?) 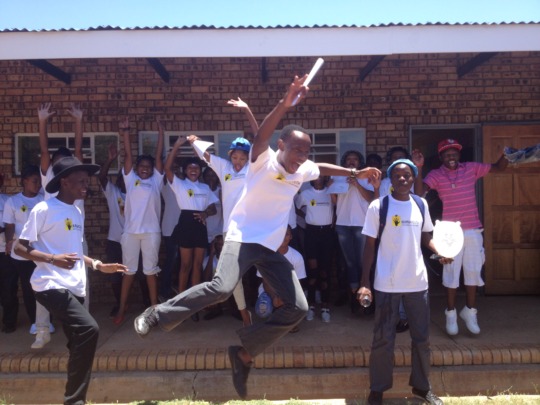 2015 came and went with Ikamvanites (IkamvaYouth learners) proving themselves by rising above their circumstances and moving themselves to newer heights. IkamvaYouth’s pass rate in 2015 was 80% compared to the national figure which was 71%. Although 87% of Ikamvanites attend schools in townships, they managed to succeed against the odds and consistently beat the national average matric results. For many of the learners passing matric is the key to help them get out of the poverty trap and uplift their families and communities in the process. It is a big step towards creating a better life. We are proud of the learners, many of them achieved exceptional results, and showed marked improvements in their academic results.

We saw incredible results from branches in notoriously poor-performing regions, namely Kwa-Zulu Natal(KZN) and the Eastern Cape. The Umlazi branch in KZN is celebrating an 87% pass,with 74% eligible for tertiary, while the Chesterville branch also in KZN achieved an 89% pass. Overall 69% of ikamvanites are eligible for tertiary studies compared to the national average of 55%. A point of interest is that Ikamvanites often opt to take difficult subjects. Nationally, only 41% of matrics take mathematics and of those only 49% pass; among Ikamvanites 51% take mathematics and 58% pass. Similarly with physical science, at a national level only 30% of matrics take physical science and of those only 59% pass; among Ikamvanites 39% take Physical Science and 67% pass.

This is how some of the learners performed:

Chumisa from Makhaza achieved 6 distinctions, and has been awarded a scholarship to study at UCT and wants to study either Geology or Pharmacy. Bongane, who joined the Umlazi branch in grade 10 when he was failing Maths and Life Sciences, said that, the matric exams were of high standard, but with IkamvaYouth in my corner I managed to get a Bachelor Pass that I am very proud of. Today I am very proud to have passed Maths with 70% and Life Science with 72%. IkamvaYouth is a programme aiming at helping pupils with their future, and this year I am going to study Geological Science at the University of KwaZulu-Natal and also  give back to this programme by becoming a tutor. Khonaye joined IkamvaYouth in Joza when he was in grade 11 as he had poor results in grade 10, and was unsure about his post-school career options. He is now celebrating being one of the top matric achievers at his school, and is going on to study Psychology at Rhodes university. The diversity in the learners’ chosen career paths is a reflection of how Ikamvanites go on to contribute to a range of important fields that will equip them with the skills they need to build South Africa, including medicine, engineering, social work, and Information Technology.

IkamvaYouth has managed to maintain a matric pass rate of between 80 and 100% each year since 2005, the true credit for these results must go to the learners, volunteers, the staff, partner organisations and you our donors. We invite you to continue to support IkamvaYouth through the course of 2016 and thank you so much for your support to date.

With 11 branches and counting, we look forward to growing, improving our results and having an even greater impact on our communities this year. If you would like to get involved or find out more about our organisation, please contact Hetile  (hetile@ikamvayouth.org). 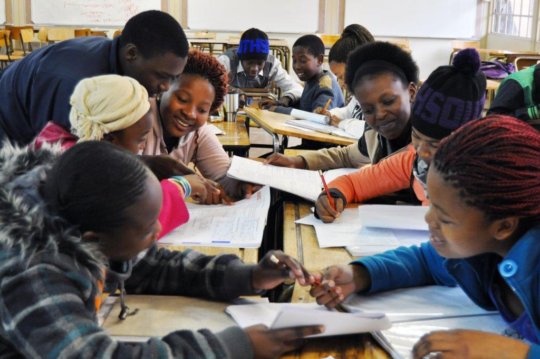