Responding to Changing Needs on the Ground 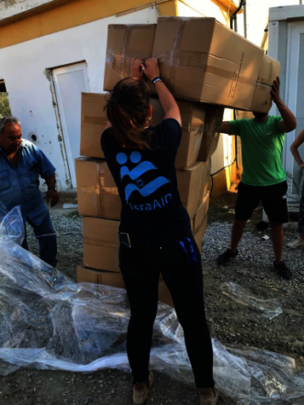 In the last months, the number of refugees arriving on Greek shores has spiked. Today, the UNHCR reports that more than 18,500 refugees are living on the island. The situation on Lesbos is nothing short of alarming. With winter at its start, conditions are life-threatening, resources are scarce, and more support is urgently needed.

IsraAID first arrived on Lesbos in 2015, deploying an emergency response team to providing medical and psychosocial care for what we now know as the Refugee Crisis. Asylum seekers originally from Syria, Afghanistan, Iraq, Iran, Congo, Somalia, and other locations, embarked on the treacherous journey across the Aegean Sea in rubber dinghies, hoping for a life of dignity and safety in Europe. In the 4 years since 2015, the influx of new arrivals has ebbed and flowed at manageable rates, with political realities in Turkey, and across the Middle East—and IsraAID has remained on the ground, shifting our programming as needed to address the changing situation.

In light of the ongoing surge of new arrivals, IsraAID is deploying additional resource to address the massive renewed need on the island. Despite the enormous need, the media is no longer covering this humanitarian situation, and funds have dried up.

Emergency Item Distribution: In the past months, responding to high needs in the Moria Camp, IsraAID distributed 1,400 sleeping bags to new arrivals. IsraAID remains in close contact with authorities on the ground so that we can best provide support, and conduct a secondary distribution if necessary. Camp winterization is of serious concern, as most residents live in makeshift tents and rely on sleeping bags and other blankets for warmth, with no insulated building, heating, or reliable hot water.

Psychosocial Support for Refugees: IsraAID, with our local partner, has opened a community education center across the street from Moria Camp. The center provides a variety of daily services to the camp’s residents, focusing on the urgent psychosocial need to improve wellbeing and create social connections between people, on the backdrop of chaos and scarcity.

Daily programs include basic schooling for 90 children, taught by refugee teachers recruited from the refugee community, who are regularly trained on issues pertaining to Child Protection, Psychosocial Support, and administering Psychological First Aid. Activities for children at the center include a curriculum in Social and Educational Learning, and expressive arts such as theater to support the psychosocial wellbeing of the children. The center also offers daily Greek and English classes, self-care workshops, and cultural integration activities with local Greeks, to provide an outlet for refugee adults to build relationships, develop new skills and coping mechanisms, and prepare for resettlement on the mainland. Specific winterization needs are critical to maintaining the center’s daily operation, to heat classrooms and construct additional shelters for rain and snow.

Thank you for your ongoing support in responding to needs on the ground! 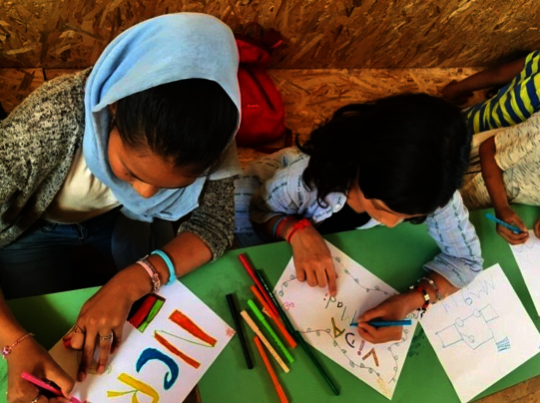 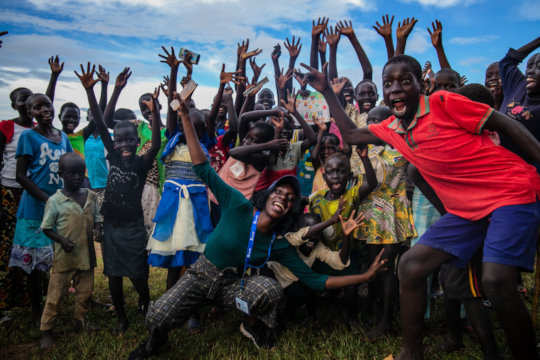 On November 20, 2019, the Iboa Child Friendly Space (CFS) opened its doors to residents of Uganda's Palorinya Refugee settlement, to provide integrated Protection and education services to some 166,000 South Sudanese refugees and 140,000 Ugandan host community members. 60% of this population is made up of children—many of whom have experienced war, displacement, famine, and other issues that can exacerbate their mental and emotional health.

The Iboa CFS was a created to respond to the needs on the ground, and establish a safe space for children from the refugee and host communities to play, learn, develop, and grow.

Daily activities are implemented by 10 facilitators—3 of whom are refugees, and 7 Ugandans—who completed training with the IsraAID professional team on CFS facilitation, Child Protection, and the basics of providing Psychosocial Support services.

Feedback from community members about the establishment of the Iboa CFS is positive, and often centers around the new opportunity the CFS presents for integration between the refugee and host communities. Children explained that even though classes at Iboa Primary School are made up of both refugee and host children, the busy school schedule leaves them without time to play together. After school, refugee and host children go home to separate neighborhoods were they don’t have a space to interact. The Iboa CFS answers this need, providing a play center where children can dance, sing, learn, and create together, learning about each other’s cultures and experience, as well as cultivate relationships between these communities.

Nataline is a 13-year-old girl. Her mother is Ugandan, and her father, who unfortunately passed away in 2017, was South Sudanese. Today Nataline lives with her mother in a Ugandan neighborhood.

Nataline feels that she is more South Sudanese than Ugandan, but because she was raised in Uganda and her father hasn’t been in her life for the past few years, she can hardly speak Kuku, the South Sudanese language he spoke.

Nataline explains that coming to Iboa CFS has allowed her to play more with other South Sudanese children. “Before the CFS was opened, I used to play in the Ugandan neighborhood with only Ugandans but now when the CFS was opened I play with both Ugandan s and South Sudanese, even my Kuku is improving because we use Kuku while playing.”

Nataline is one example of how the Iboa CFS is bringing together the host and refugee communities, offering for the first time an opportunity for the children to play and learn together, toward creating a more diverse, tolerant society in the future. 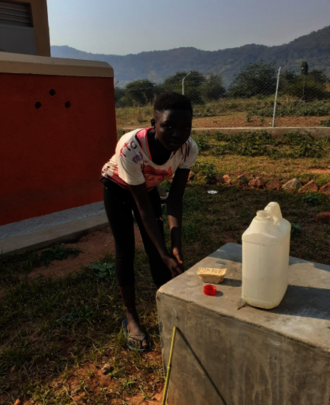 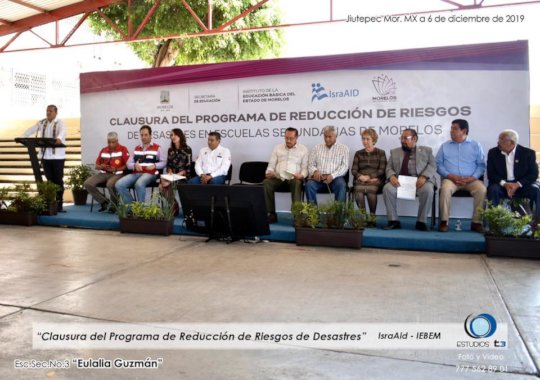 IsraAID first arrived in Mexico in the summer of 2017, after an earthquake struck the country causing widespread damage, in the Mexican states of Puebla and Morelos, claiming the lives of close to 400 people, and injuring thousands. With families and communities evacuated from their homes and staying in temporary shelters, Protection of vulnerable populations is of high concern. The associated stress and departure from routine can have severe, long-term affects on mental health, further exacerbated by the breakdown of community support systems. Without intact infrastructure, safe water access and sanitation management poses a danger, as the potential for a secondary crisis increases significantly.

IsraAID hit the ground and launched an emergency response mission, ensuring that affected communities had the necessary relief items, psychosocial support, and access to safe water to begin to rebuild. As the area began to return to normalcy, IsraAID's teams began to transition their programs toward long-term needs, focusing on Disaster Risk Reduction. Building emergency response mechanisms is a key part of building back better, ensuring that communities have the resources and the knowledge base to create a foundation for what happens and how to respond next time a crisis hits.

Throughout 2019, IsraAID continued to work toward this goal. Throughout the program, IsraAID implemented a school-based Disaster Risk Reducation program in 100% of the secondary schools across the state of Morelos, where students, teachers, staff members, and parents were all involved in creating disaster response plans for their communities.

Thank you to all who participated in this impactful program, and to you, our supporters, who make all of this possible! 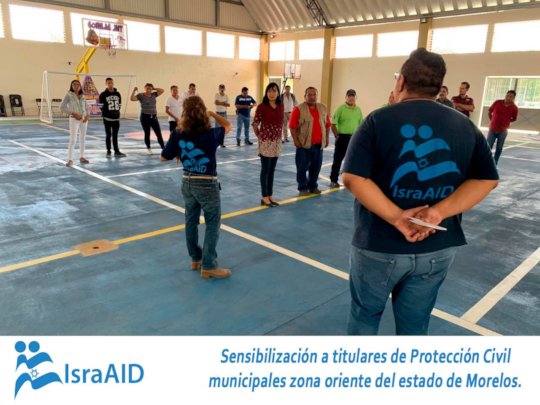 ‹ 1 ... 5 6 7 8 9 10 11 12 ... 107 ›
WARNING: Javascript is currently disabled or is not available in your browser. GlobalGiving makes extensive use of Javascript and will not function properly with Javascript disabled. Please enable Javascript and refresh this page.