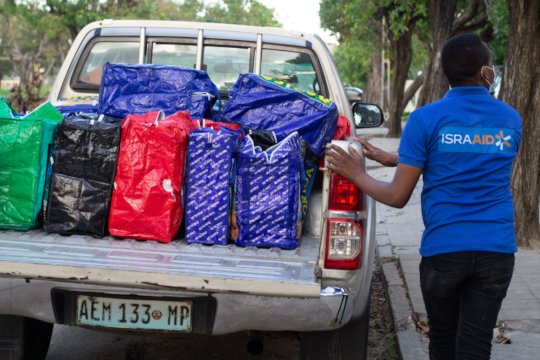 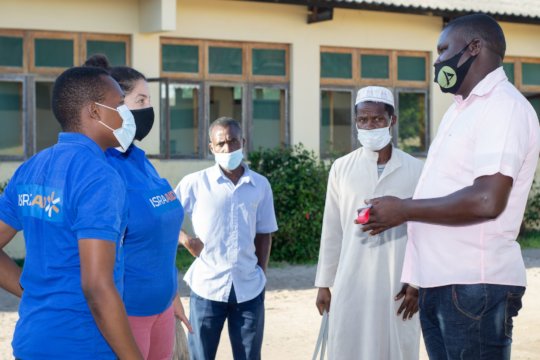 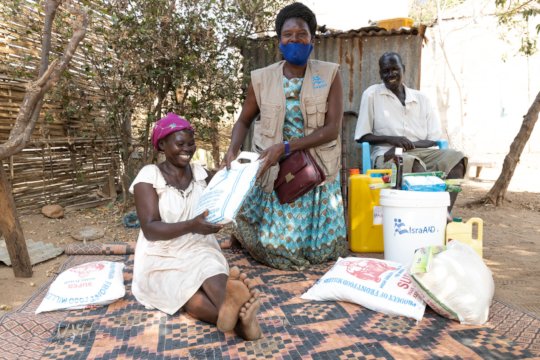 In order to ensure community ownership and long-term sustainability toward truly creating a culture of prevention, IsraAID established community emergency councils, trained by IsraAID staff, and tasked with leading community engagement to prevent SGBV: these councils are made up of key leaders from within the community such as chiefs, religious leaders, teachers, and more. In addition, the daily function of Women and Girl Friendly Spaces is led by community focal points.

In light of the current difficulties and context due to the COVID-19 pandemic, each and every program aspect is integrated with COVID-19 prevention messaging. In addition, daily programming at each space is conducted in line with local guidelines, in small groups, and in outdoor spaces.

Over the last months, the IsraAID team has achieved the following:

These activities are ongoing on the ground, where additional support is urgently needed to ensure their continued implementation. Thank you for your support!

Achol is a 14-year-old girl living in Lemon Gaba, where she lives with her uncle after becoming displaced from Malakal in the 2016 crises and her father being imprisoned.

In February 2020, Achol’s uncles married her without her consent to a 40-year-old army officer who was believed to be a rich man by the family and agreed to pay a high dowry.

Achol experienced severe abuse through her husband, including physical assault, insults, economic violence & sexual violence, until her husband died after a few months of marriage. Achol had nobody to take care of her. She decided to join the psychosocial support sessions facilitated by IsraAID at the Women and Girl’s Friendly Space. According to Achol, she benefited from the psychosocial group sessions which include activities like bedsheet making, social gathering, individual sessions, tea talk session, music, dance, and drama. The activities and the sense of community she experienced at the WGFS gave Achol confidence and enabled her to develop positive coping mechanisms. Encouraged through the other women, Achol started a tea place to generate an income. She benefited from IsraAID’s business skills training and in- kind support.

Achol expressed her appreciation for IsraAID for empowering women and girls who experienced Intimate Partner Violence. She continues to operate her small tea place and is hoping to join school in 2021.

*names have been changed to protect the individuals’ identities. 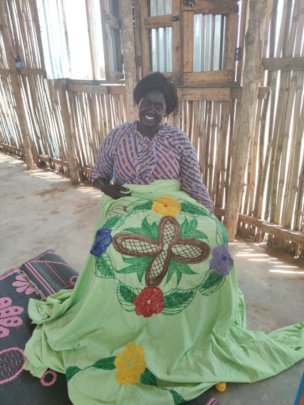 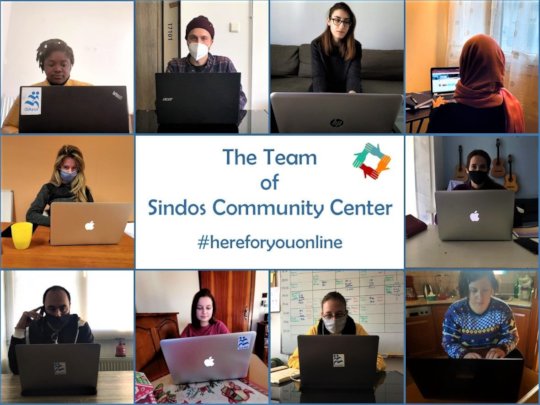 Over the last period, the IsraAID team on the ground in Sindos, Greece, has been working hard to support refugees and asylum seekers as they cope with disrupted routines amid the COVID-19 pandemic. Much of the last three months have been defined by an ongoing lockdown in the country, which has prevented the community center from physically opening. In lieu of face-to-face meetings, activities, classes, and sessions, the IsraAID team is offering a suite of online resources, seeking to fill the gap in service provision during lockdown.

Over the last month, the IsraAID Greece team also welcomed a new Country Director, Adar Zehavi. Adar is a trained social worker, who holds an MA in International Community Development from the Hebrew University of Jerusalem, and an MSc. in Migration and Ethnic Studies from the University of Amsterdam.

In spite of the ongoing lockdown, Sindos Community Center is continuing to offer remote programming for many community members on a regular basis. However, connectivity remains a significant barrier, and many participants lack the bandwidth necessary to participate fully with video or on Zoom. Despite, this challenge, over this period, the following activities and classes were offered:

Thank you for your ongoing support of this program! 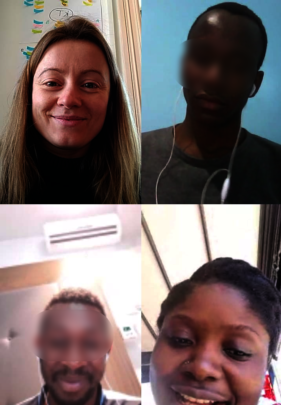 ‹ 1 ... 3 4 5 6 7 8 9 10 ... 117 ›
WARNING: Javascript is currently disabled or is not available in your browser. GlobalGiving makes extensive use of Javascript and will not function properly with Javascript disabled. Please enable Javascript and refresh this page.