During the past three month IsraAID continued to explore options for this year's program in close cooperation with its partners.

This year's activities will include two programs. The first, a joint program with Benesse Corporations, is geared towards developing creative and critical thinking as well as entrepreneurship skills among high-school students, as well as providing them with resources to pursue study outside of Tohoku, and their comfort zones. The program is scheduled for July and will be offered in Sendai for 30 high school students around the Tohoku area. The program will bring over 6 prospective students from Ivy League schools in the US, and will give the high school students an opportunity to learn about studying overseas and taking initiative in learning. In addition to the intellectual aspect of the program, our instructors  will emphasize group-building acitvities and cooperation among the students. One aim of this program is to raise awareness of the choices outside of Tohoku for high school students, and also to raise the interest of the Tohoku region amongst international college students and young global leaders of Japan.

The second program, "Fukushima Youth Leadership 2014", is offered in partnership with ADRA Japan. The program is geared towards the enhancement of social leadership, communication and resilience among high-school students from Fukushima and will introduce the students to necessary tools in order to become empowered leaders of their communities. The workshop will bring to Tokyo 20 students and 5 social entreprenuers and focus on both the social innovation aspect and personal resilience of the young leaders. The students will plan and put into practice their own social-entreprenuerships projects and present their work-progress in a follow-up event.

This year, IsraAID will reach out to as many as 55 young leaders from the Tohoku area, providing them with both practical skills and hope for their future, as well as a new sense of community.

Our next report will include a detailed acount of the programs outlined above and introduce you to the students. Thank you for your long-term support! 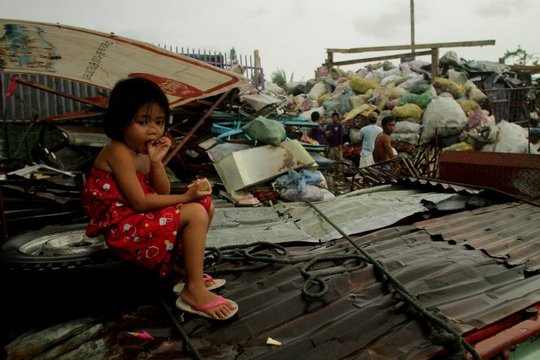 Since February, 2013, IsraAID’s Mental Health Expressive Arts psychosocial support project in the Philippines expanded within Ormoc City and further to Manila as part of IsraAID’s partnership with the National Mental Health Centre.

As of May 7th 2014 IsraAID together with Ormoc City Health has trained 165 key leaders in the community. Nine of the participants trained in IsraAID’s initial training in January participated again as co-facilitators with the IsraAID team.

Between February to May 2014 the IsraAID team in Ormoc City conducted the following trainings:

Training participants are encouraged to provide trainings and assistance to groups and individuals experiencing trauma in the community. Participants receive guidance and monitoring throughout.

In March alone, three trainings were given by past participants to High School children from the Linao National High School, Boys Holding in Ormoc city, and to 11 female prisoners awaiting their trails. 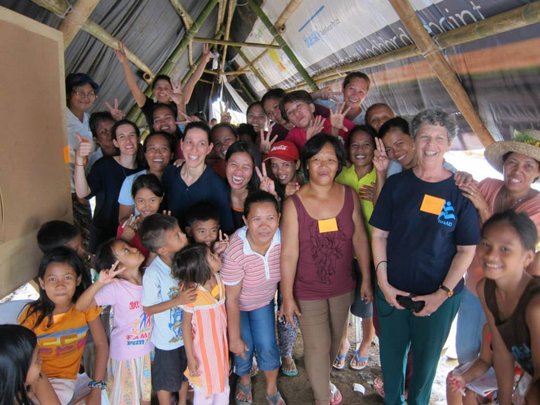 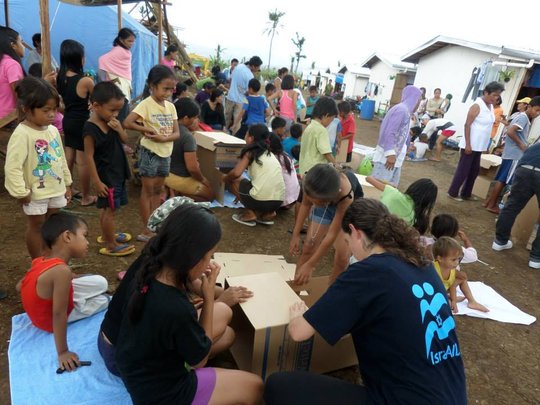 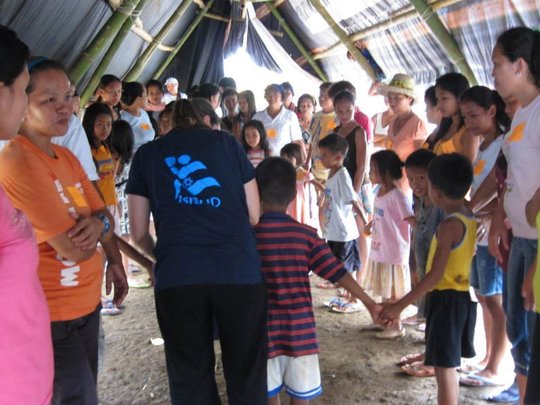 The Voices of Tohoku February-April 2014 Report 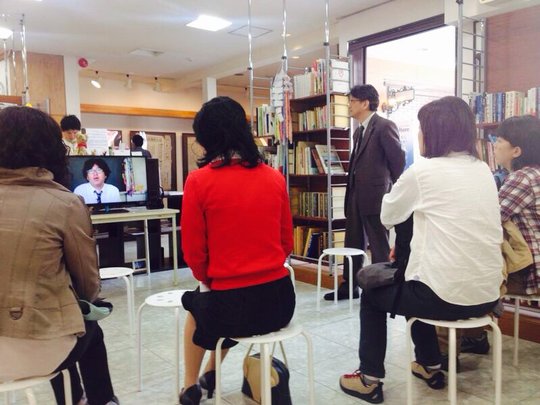 Local visitors at the Ishinomaki Archive

The past three months have shown positive development in the Voices of Tohoku program, and we have strengthened our local connections in the working communities, while expanding to create a sustainable program. A 100-page official Voices of Tohoku book has also been completed for distribution. The Ishinomaki community archive was opened in April, and we have received very positive feedback from local visitors to the archive. The project has expanded to Niigata prefecture, where many Fukushima evacuees currently live, and the project has just kicked off in Kesennuma City. Academically, the project has been subject of various conferences and symposiums in universities around Japan. We have also continued our process of interviewing, and have collected an additional 25 interviews for the archive. On March 7, a 3rd year event to commemorate the voices was organized in Tokyo, and guests such as Mr. Fujisaki, the former Japanese Ambassador to the United States was invited to talk about the project. The Voices of Tohoku website has been launched (http://voicesoftohoku.org), and selected videos are available with English subtitles for a worldwide audience. The past three months have emphasized the importance of establishing a sustainable archive that would provide a cultural and educational platform for these voices to be heard around Japan and worldwide.

Communities:
Futaba Machi of Fukushima – This town received an evacuation order from the government after the radiation leak at the Fukushima Daichi Nuclear Power Plant. All 7000 residents are scattered across Japan, in almost every prefecture. Interviews that were taken in this community are currently in the final stages of editing, and will be ready for distribution in the summer.

Ishinomaki City- The Ishinomaki Newsée, a local history museum dedicated to the history of Ishinomaki, is a well-known tourist attraction located near the seaside of Ishinomaki City. The museum shows the 150-year history of Ishinomaki, as well as the records of the disaster, and both locals and outside tourists come to learn about the Ishinomaki community. In April, the Voices of Tohoku archive was officially opened in the museum, and there is currently a permanent exhibition that presents Voices of Tohoku interviews that were taken in Ishinomaki. We have received positive feedback since the opening, and have heard that locals and tourists come to watch the full 60-minute interviews everyday. According to the feedback, visitors would often talk amongst each other after watching the interviews, and the community archive is effectively a catalyst for communication between visitors. A further 15 interviews were done in this community, and the edited DVDs are ready for distribution this summer to the participants.

Yamamoto Town- We are continuing to collect stories here, and we have received support and photos from the Yamamoto local government to use in the archive. The photos we have received were used in the Voices of Tohoku official book.

Watari- We are continuing to collect stories from residents, and since the archive event in May, the level of awareness of the project has greatly increased. There is currently discussion to use the archive that is currently located in the Central Library of Watari Town for educational purposes at elementary schools in the area.

Niigata-Niigata Prefecture is second to Fukushima in the number of evacuees from the radiation zone. Working with an NPO in Niigata that provides psychosocial support for evacuee families, we have started approaching these families for interviews. However, we acknowledge that the process is slower and more careful than other communities, because of the culturally sensitive situation for families in these areas.

Kesennuma and Volunteers - A volunteer group working in Kesennuma heard about our project and asked for us to interview NPO workers. Believing that the voices of volunteers and supporters is also important, we have also started interviewing NPO leaders in Kesennuma through this volunteer group. 8 interviews have been taken already.

Academic-
Professor Ito Takehiko and Meiji Gakuin University Emeritus Professor Inoue Takayo, with Emeritus Professor Amia Lieblich of Hebrew University have launched a qualitative research project with the interviews. This research focuses on how survivors have overcome difficulties after the disaster, and hopes to propose a guideline for overcoming difficulties after large natural disasters.

Since March, 4 presentations have been made on the Voices of Tohoku program in academic conferences. Further, a two-hour workshop about the project was conducted for University of Tokyo students and Harvard students visiting Japan in April. On May 24th and 25th, two symposiums will be held at the Conference for the Japanese Society of Transcultural Psychiatry in Nagasaki University. We believe these opportunities will further create a network of professionals that can benefit from the archives.

In May, there was also a study session with a psychologist from the New Zealand Red Cross about the Great Eastern Japan Disaster and the Christchurch Earthquake. Three years after both disasters, the study session was an opportunity to share opinions and understanding of the importance of archiving voices.

An interview-training program is currently in planning for the summer. We plan to bring Professor Amia Lieblich of Hebrew University to give an intensive 3-day workshop about the Voices of Tohoku interview method. The workshop will target local youth interested in volunteering for the project, as well as academic professionals and our staff. The aim will be to raise awareness of the quality of interviewing in the project, as well as to invite enthusiastic volunteers to help in the project.

Awareness-
On March 7, a 3rd year event to commemorate the voices was organized in at the Hilton Tokyo Hotel. Over 150 people came, and guests such as Mr. Fujisaki, the former Japanese Ambassador to the United States was invited to talk about the project. A short clip of one of the interviews was played, and we received much feedback from the guests.

The official Voices of Tohoku book designed by Professor Lei-Mei Julia Chiu and students from Musashino Art University’s social design class was completed for the event on March 7. The 100-page book was shown to the guests. We are in the process of mass printing, so that we may distribute it widely to people interested and our participants.

The Voices of Tohoku website (http://voicesoftohoku.org) was completed in March. With nearly 50 interviews, the website drew large interest in the areas we work in, and we saw a large increase in page views on the day of the disaster, confirming our belief that people are still very interested in the stories of the disaster. Very recently, we have received feedback that it is not viewable in the US, and we are currently working with web designers to solve the problem as soon as possible.

IsraAID Programs in other countries have also shown interest in the Voices of Tohoku program, and there is currently discussion to use the archive as a tool to connect areas affected by natural disasters with the people in Tohoku. For example, there is discussion to screen these videos in the Philippines after the typhoon, so survivors of the typhoon may learn from the ways many in Tohoku overcame difficulties after the disaster. We welcome your ideas and support and look forward to further develop the Voices of Tohoku program. 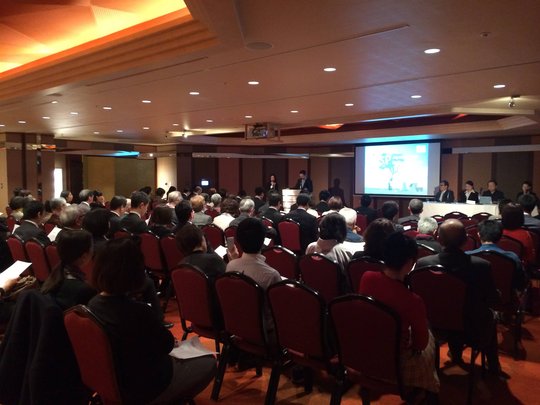 The March 7 event in Tokyo 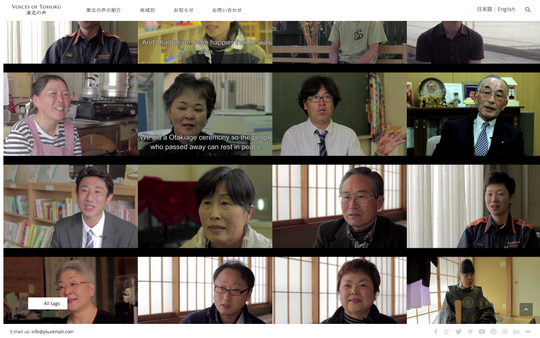 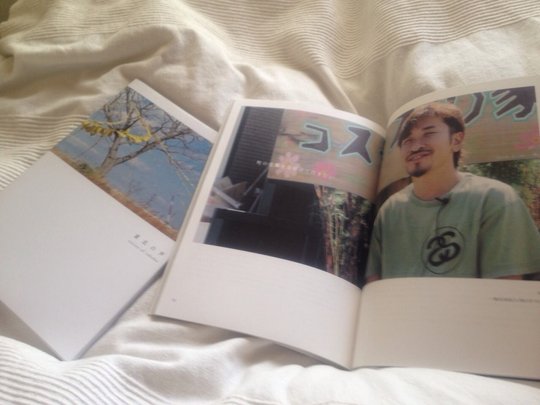 The official Voices of Tohoku book
‹ 1 ... 105 106 107 108 109 110 111 112 113 ›
WARNING: Javascript is currently disabled or is not available in your browser. GlobalGiving makes extensive use of Javascript and will not function properly with Javascript disabled. Please enable Javascript and refresh this page.