No more a victim of circumstances - a girl's story 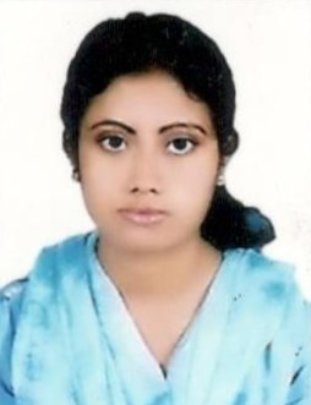 Snigdha, a 25 year old bright young lady, lives with her mother and an ailing father in a small town called Noapara in West Bengal. Due to a fatal disease her father got paralysis attack which resulted in severe monetary crunch. Unable to meet ends with an average monthly income of 4,000 INR (61 USD), Snigdha decided to take matters in her own hands to pay her father’s medical bills and get access to better basic amenities for herself and her family.

It was during this time that Snigdha came across Anudip’s career development centre in Kolkata supported by Citi Foundation which trains career-aspirants with hard and soft skills along with placement in corporate jobs. After in-depth meetings with trainers and mobilizers, she enrolled for Anudip’s digital livelihoods training program. A quick learner, Snigdha successfully completed her assignments. After three months of rigorous skill development training, hands-on-practices, and mock-interviews, it was time for the big day in her life.

She successfully cleared her job interview at Clickkart, a flourishing e-Commerce firm in Kolkata. Now, Snigdha is earns a monthly salary of 9,000 INR (138 USD), more than doubling the family income. which allows her to support her father and family’s needs. She is seen as a change agent among her peer group and her parents could not be more proud of her achievements.

Recalling her hardships, she now sits by the same window but the broken panes are replaced. This time, she has what she wants…she loves and lives the life she wanted. Dreams do not beckon her anymore. She beckons her dreams.

We look forward to bringing you more such stories from the field.

Until then, best wishes from Anudip Family!

Accomplished: A Decade of Innovation

This New Year has given Anudip Foundation a pathway to celebrate its success for many reasons.

A Decade of Innovation:

Anudip celebrated its 10th anniversary with more than 600 participants, including employees, sponsors, clients, employers and supporters. The celebration included employee-led musical and dance performances followed by the pioneer awards for long standing employees of Anudip.

“It is a matter of great pride to see Anudip complete a decade, embrace a great value system, pursue high aspirations, and achieve more than what we ever thought was possible,’’ noted  Ganesh Natesan, Anudip’s first Operations Manager, while receiving a Token of Appreciation along with Alakananda Rao, Anudip’s first Training Manager. The three-hour event closed with a thanksgiving film which showcased the dedicated support of all employees of Anudip “whose collaborative efforts, trust and ethos have built the company’s legacy” said Anudip CEO, Dipak Basu.

The highlight of the day was an uplifting address by Salvatore Giambanco, Senior Partner of Omidyar Network who thanked Anudip “for building the future of humanity.’’

Innovation is led by progress:

While Anudip is concentrating on publicizing its new identity, the company is rolling its Digital Inclusion of Young Aspirants initiative. Blended Learning, a key component of DIYA, comprises of an integrated program of self-learning and classroom learning for its students. It is encouraging to see the youth from marginalized rural backgrounds engaging in self-learning sessions, using tablets donated by NetHope and Google. The students travel to our hub center twice a week for lectures, group activities, and assessments. The course focuses on providing them with digital livelihood skills, aligning their aspirations with employer requirements.

Being committed to link aspirational youth with jobs, Anudip organized DISHA (meaning ‘Direction’ in Sanskrit), a multi sectoral recruitment drive in Jharkhand and West Bengal which directed multiple employers across the country to an audience of trained and enthusiastic Anudip students. 530 students in Kolkata and 167 students in Ranchi participated in the drive. Approximately 20 high-tech employers across multiple verticals interviewed and offered over two hundred of job offers to Anudip students. During these two DISHA drives, job profiles like Business Development Officer, Customer Service Executive, Record to Report [RtR] Analyst, Tally Support Executive and Senior Sales Executive were offered to the candidates.

In a reinforcement of Anudip’s social impact, ITC Limited, an existing donor of Anudip, has agreed to sponsor a new center at Uluberia in West Bengal.

Changing the lives of beneficiaries always creates a positive impact on their lives. Through national and international media, Anudip is now a known name in the development sector. The New Indian Express Group, one of India’s oldest and largest media houses published an article[1] broadcasting Anudip’s ten years of dedicated service for digital inclusion. 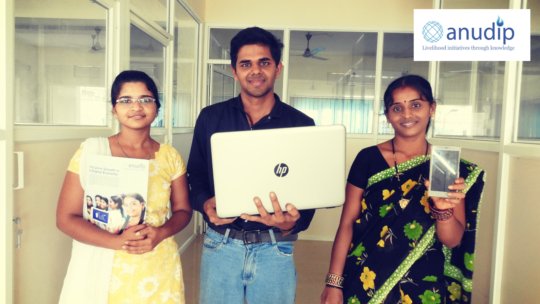 Citi Foundation, the philanthropic arm of Citi group that works to promote economic progress and improve lives of people in low-income communities around the world, will support Anudip to empower marginalized youth from the urban and peri-urban communities in Indian states of Tamil Nadu, West Bengal and Maharashtra with  digital employment skills and scalable livelihood opportunities.

With an aim to accomplish its donors’ commitment, Anudip is marking its presence in new geographies and touching many lives all over India. With its roots in eastern India, Anudip is now focusing on other parts of India and it has started operations in Maharashtra, Tamil Nadu.

Indian Institute of Technology, Kharagpur, one of the most prestigious engineering and technology institutions of the world commenced its 63rd convocation in August 2017 and announced the recipients of the year’s “Distinguished Alumnus Award” to Dipak Basu, CEO, Anudip Foundation, a holder of a BSc Honors in Physics and B.Tech in Electronics & Communications Engineering from IIT KGP, for spending a lifetime in employing technology in humanitarian missions worldwide.