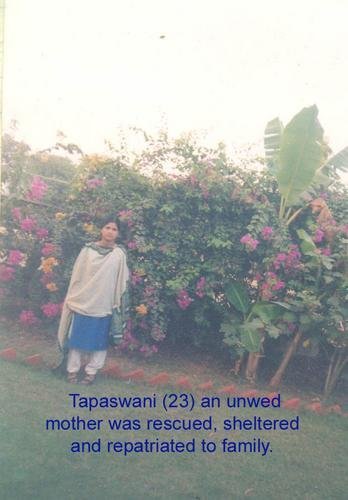 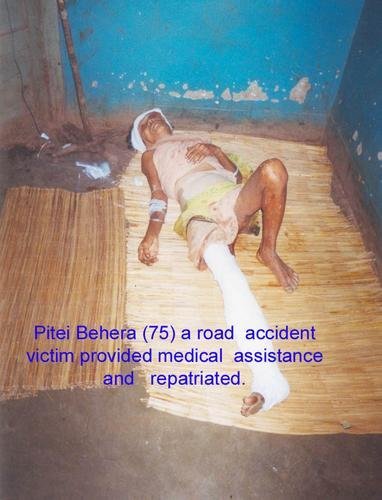 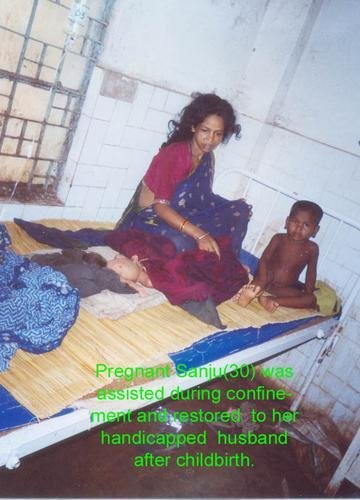 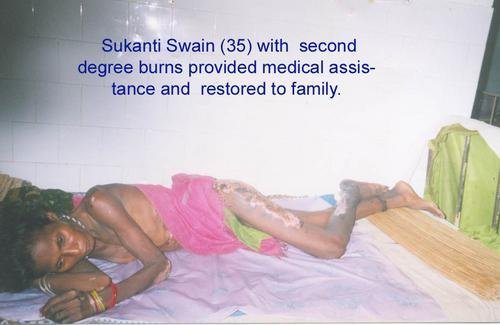 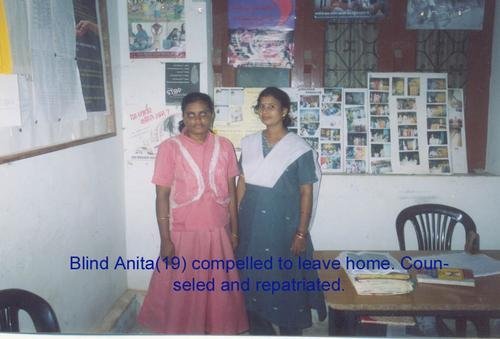 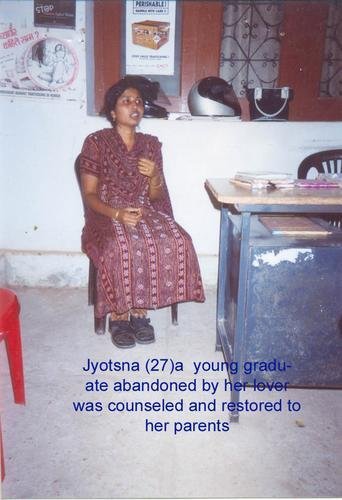 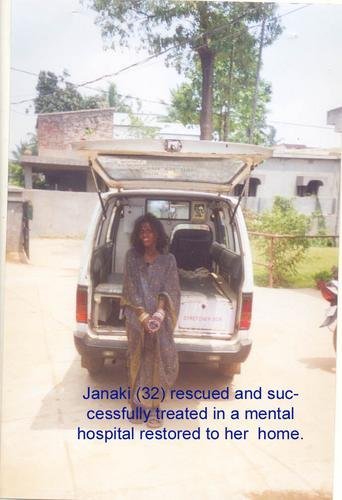 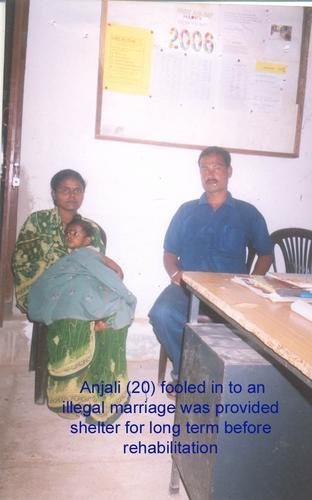 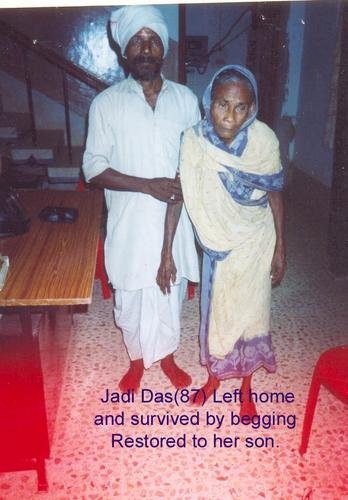 Helpline rescues girls and puts them on the track to success

This footage -- which I took on my recent trip to Orissa, India -- captures women and young girls that have been rescued from dangerous conditions. Like all of us, these women desire a better life where they can learn, grow, and share in what the world has to offer. The Helpline project recently received full funding through GlobalGiving, which will enable the project leaders to continue their great work for three more years.

By Anoop Khurana - on behalf of Ruchika

Dear Friend of Ruchika: We just got some great news. Inderjit Khurana, Founder of Ruchika Social Service Organization (RSSO) was named a finalist for the 2007 World’s Children’s Prize for the Rights of the Child (WCPRC). Inderjit Khurana, Mr RP Dwivedy and two children, Bijay from the Ruchika Platform school and Sanjukta from the Alternative school, will be in Sweden in April 2007 to receive the award. A vote by children between now and April determines the final "place" of the 3 finalists, and which award they win. The original Press Release is included. Previous laureates include Craig Kielburger in 2006 and Nelson Mandela in 2005. Ruchika does not have a way of making a press release so any help you can provide in this area, as an organization that supports Ruchika, will be appreciated. Should you need pictures, check http://www.childrensworld.org/page.html?pid=1449 as well as www.ruchika.org - Anoop Khurana (on behalf of Ruchika)

This year’s three finalists for the World’s Children’s Prize for the Rights of the Child (WCPRC), with prize money totalling SEK 1 million (USD 140,000) are:

• CYNTHIA MAUNG, Burma, who has fought for the health and education of hundreds of thousands of refugee children for 20 years, both under the military dictatorship in Burma and in refugee camps in Thailand.

• INDERJIT KHURANA, India, who has run over a hundred schools and two phone help lines for 21 years, helping the poorest, most vulnerable children who live and work on station platforms.

• BETTY MAKONI, Zimbabwe. After being abused as a child, Betty began to fight to give girls the courage to demand their rights. She supports those who are exposed to abuse and protects others from assault, forced marriage, trafficking and sexual abuse.

The WCPRC empowers children and young people all over the world so that they can make their voices heard and demand respect for their rights in accordance with the UN Child Convention. The WCPRC has quickly grown into the world's largest annual educational initiative for children on rights and democracy. As part of this process, the children award the world’s most respected prizes for outstanding contributions to the rights of the child.

11 million students at 20,000 schools in 82 countries participate in the WCPRC, and that number is growing constantly. Around five million of those children will participate in a Global Vote to determine who will receive the Global Friends’ Award 2007. An international child jury – consisting of children who are experts on the rights of the child through their own experiences as soldiers, refugees, street children or slaves in brothels or on farms – chooses the recipient of the other major award, the World’s Children’s Prize.

Over 300 organisations all over the world support the WCPRC, which also collaborates with many Departments of Education and youth media projects worldwide. The prize magazine, like the website, www.childrensworld.org, is available in nine languages and is read by over 7 million young people.

MANDELA IS A PATRON

The prize money, SEK 1 million (USD 140,000), is to be used in the recipients’ work for the rights of the child and will help some of the world's most vulnerable children. It is supported by AstraZeneca, Banco Fonder and pi.se. The WCPRC was founded by the Swedish organisation Children’s World, and is a Swedish National Millennium Project.

This year’s prize ceremony will be held on 16 April at Gripsholm Castle in Mariefred, where HM Queen Silvia will help the children to give out the prizes. All three final candidates will be honoured. The recipients of the prizes will be announced at a press conference at 12 noon on 13 April, at Södra Teatern, Mosebacke Torg, Stockholm, Sweden.

For more information on the WCPRC and the prize candidates see:

PRESS at www.childrensworld.org, where you can also find high-res pictures and video material.

Update on Ruchika's work, we need your support now!

After the broadcast of the “PBS New Heroes” in 2005-2006, you helped Ruchika raise $120,675 for the Ruchika Platform schools. These schools are funded for multiple years now. Thank you for caring and even more so, acting.

Ruchika is collecting contributions for the our “Helpline Program”. This provides a 24 x 7 telephone hotline, rescue, counseling, short-stay-shelter, nutrition, rehabilitation, and repatriation for women in distress. The State Govt. of Orissa conceived this program with Ruchika and provided funding for several years, but is not able fund this program anymore. We are seeking funds to continue this project for another 3 years. Thank you for your continued support.

Support another project run by Ruchika Social Service Organisation that needs your help, such as: 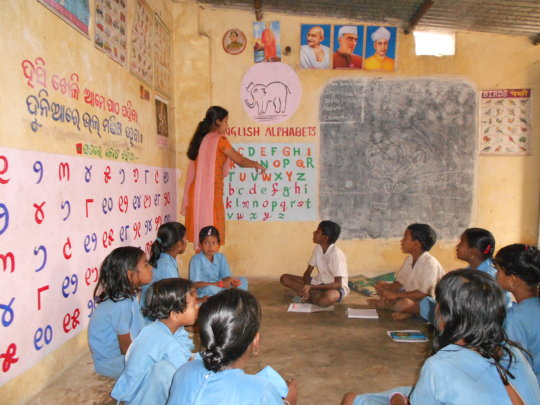 GlobalGiving
Guarantee
Donate https://www.globalgiving.org/dy/cart/view/gg.html?cmd=addItem&projid=1419&rf=microdata&frequency=ONCE&amount=25
Please Note
WARNING: Javascript is currently disabled or is not available in your browser. GlobalGiving makes extensive use of Javascript and will not function properly with Javascript disabled. Please enable Javascript and refresh this page.