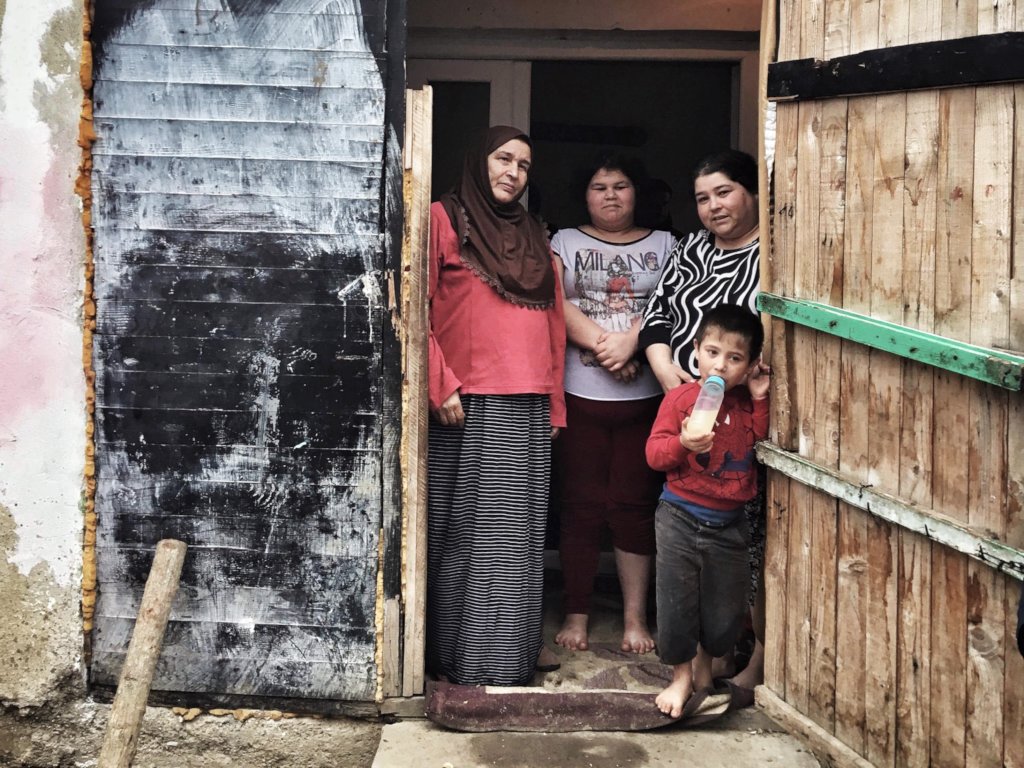 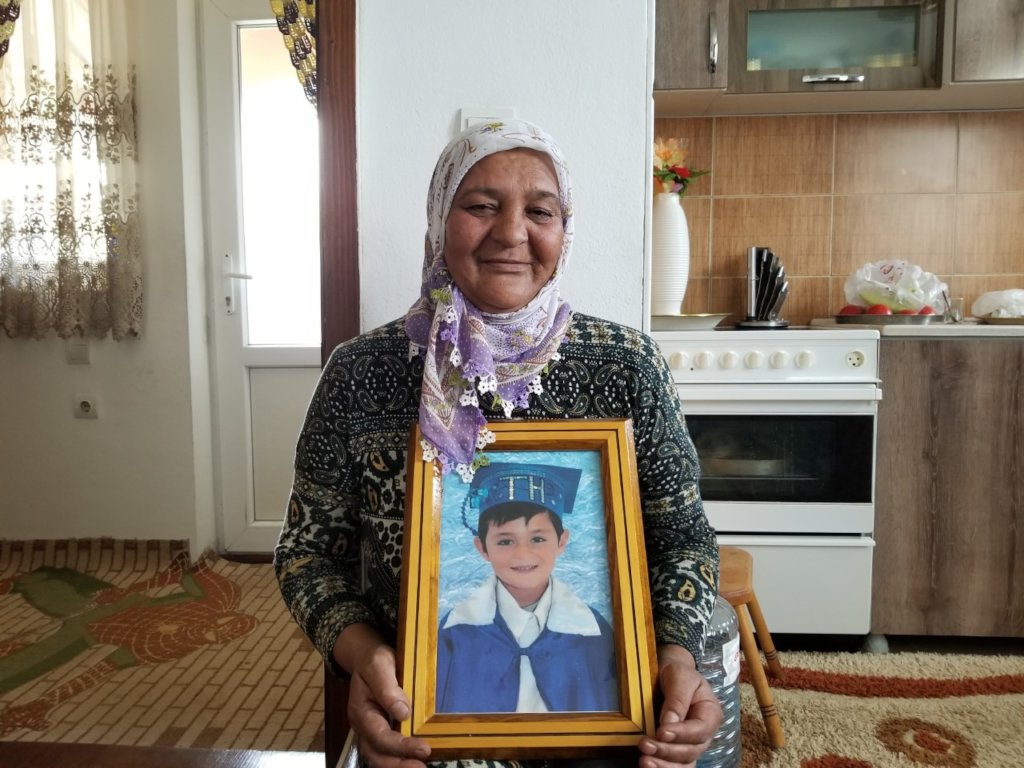 Prishtina and Fushe Kosovo are a simple 20-minute car journey away from each other, but the atmosphere and economic prospects of their respective populations are continents apart. The former: a vibrant, bustling capital city of the youngest country and population in Europe. The latter: a forgotten settlement, blighted by pollution, unemployment and most shockingly, lack of educational opportunities - an aspect of life so many of us take for granted.

From the most adverse situations, heroes emerge. Latife is one of them. Widowed during the Kosovo War, we had the pleasure of being invited into her home to see the lengths she goes to in caring for her 13 year-old nephew alone. Alongside the warmest of fireplaces was a clear unconditional love for him, and a desire to ensure he grows up with more opportunities than she did. But, there is so much more all of us could do to help people in the same situation as Latiffe.

Latife grew up in the toughest of circumstances, and this lack of opportunity has an impact to this day like it does with so many of her neighbours. She is illiterate, but does what she can to support her nephew such as scouring rubbish to find anything valuable. She then reinvests this into the young boy’s education. With her son in jail, her daughter-in-law fled the family home when Latife’s nephew (her son) wasn’t even out of nappies. In many social circumstances like this, the government would step in to help. Not Latife’s.

Her internal strength is supplemented by the amazing work The Ideas Partnership does to support her. The organisation has helped cover her for food, transport and other expenses for the last seven years. For Latife’s nephew to continue to prosper, this great work simply cannot stop. A small donation may be a monetary figure, but the value it could add to Latife and her nephew’s life is priceless.

By Arbon Osmani - Social Worker at The Ideas Partnership 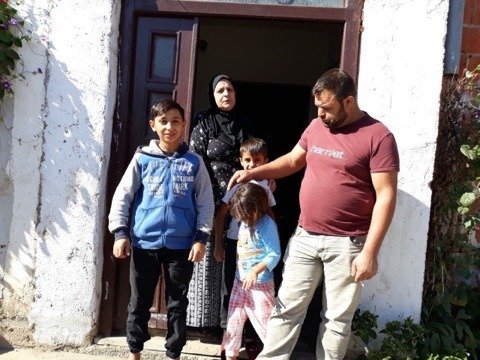 I went visiting Selvije’s family on a warm October morning. As she was preparing her grandchildren for school, she happily accepted my invitation to talk more about her family’s situation.
Selvije lives with her seven sons and four daughters. The oldest of them got married and now has children of their own. The youngest child of Selvije is 15 years old.

I ask about Selvije’s husband. In a deep sad voice, she tells me that her husband died in a traffic accident two years ago. She had taken care of him for many years before his death as he had diabetes and wasn’t able to work and to provide for his family. During that time, the only income in the family was the monthly financial assistance provided by the municipality for the families in need. That amount did not cover all the costs the family had. Selvije’s children were the ones to suffer the most as they couldn’t’ go to school, nor dream of continuing their higher education. This is the reason most of them now have to work in absence of their father. They usually make money in recycling scrap metal or plastic.

The only help Selvije and her children got through the years was the medical supplies and school materials donated by The Ideas Partnership. It was your donations that made possible for us to help her family. Thank you for all you do for the wellbeing of some of the most vulnerable families in Kosovo!

A Look Into Fushe Kosove

By Sydne Blackburn - Intern at The Ideas Partnership 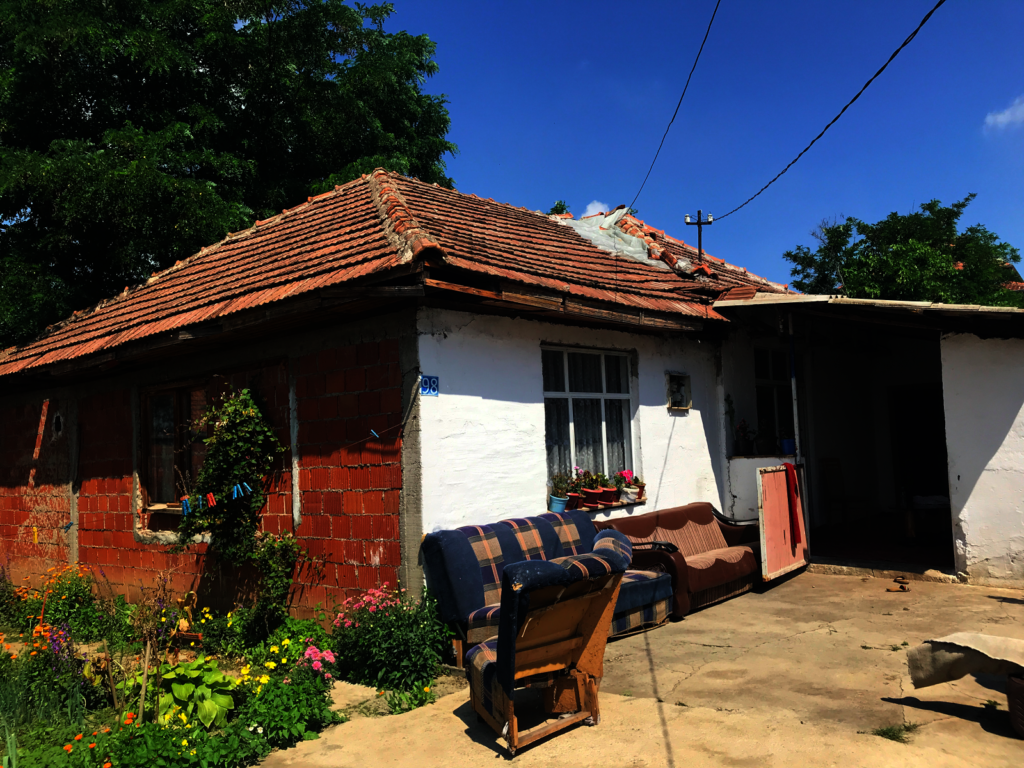 In the community of Fushe Kosove, there is a distinct difference between this place and the city of Prishtina just twenty minutes away. Riding further into the community, an overwhelming sense of poverty surrounds you. Trash and abandoned furniture lay by the side of the roads. The tires of passing cars sweep up dirt and dust which fill the streets. With the beginning of Summer break, young children have no other activities than to play in the street. Many people here lack the basic daily necessities of food and hygiene products. It is clear this is a community whose people need support.

Elmije, a widower of 13 years, is one of these people. When her oldest son was just eight years old, her husband passed away. This left her tasked with raising five young children on her own. Elijme has done her best but still struggles even today. In the struggling economy of Fushe Kosove, it has been difficult for she and her children to find work.

Elmije is next in line to receive proceeds from the Global Giving Widows Fund and desperately needs it to pay for medical expenses. She has been diagnosed with cancer of the stomach. She must have an operation to remove some of the cancer but does not have the money to do so. In a private hospital, the operation costs 2,000 euro, but because she can not afford this, she must go to a public hospital and be placed on a two-year wait list. Since her diagnosis, the cancer has spread moving into the upper left side of her torso. Everyday she experiences pain all throughout her body causing her to lose sleep.

In the past, Elmije has benefited from The Ideas Partnership through gardening which allowed her to learn how to grow her own food. Currently, however, with her worsening medical condition, she is unemployed. With your generous donations, Elmije hopes she can save up enough money for her operation. She says she is very appreciative of any help she receives and hopes she is able to have her operation soon. 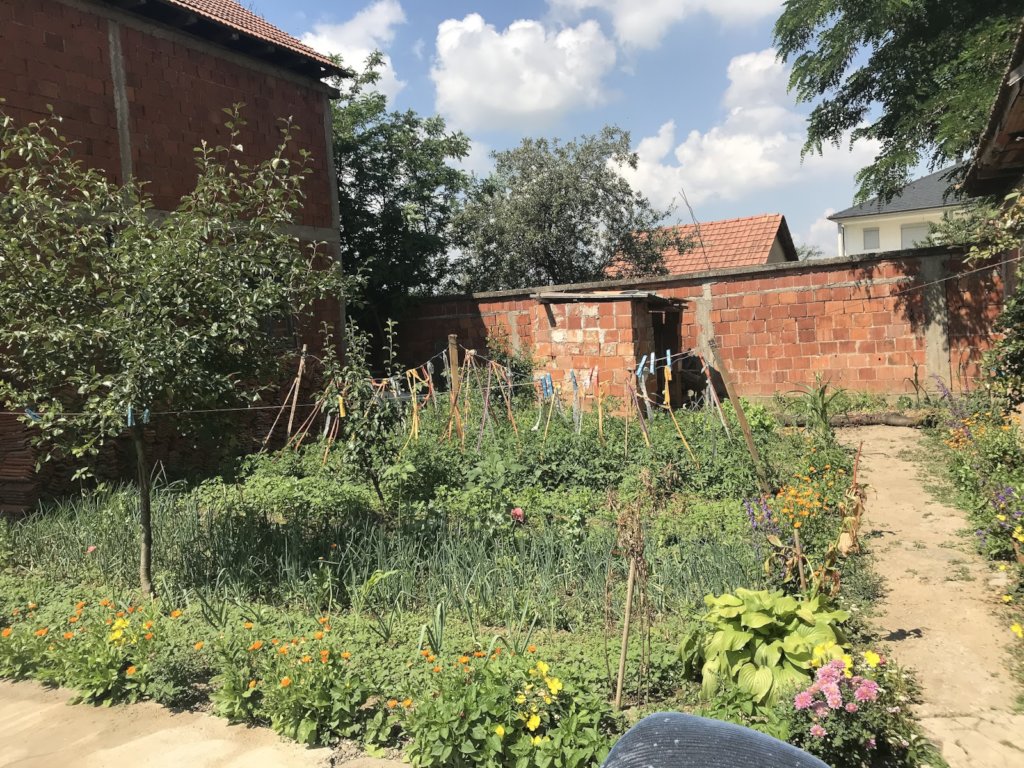 The light of the grandchildren 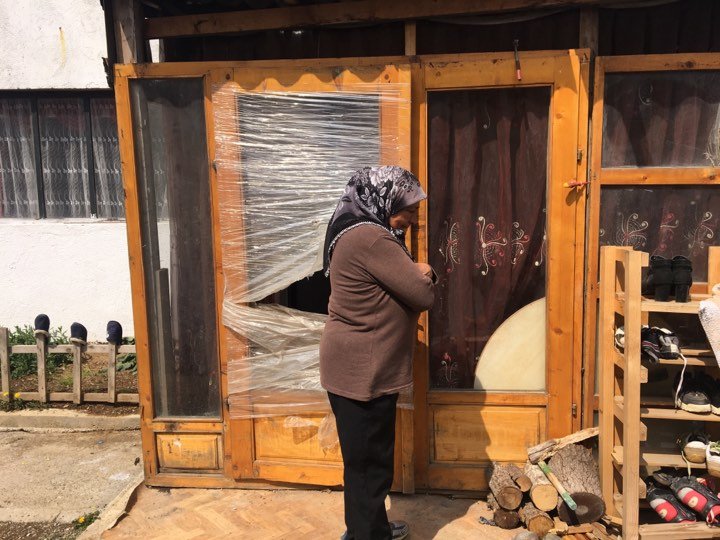 Grandmother Drita in front of her house

Fidan would have turned 38 in May. His mother, Drita, clearly recalls the day she saw him for the last time. At that time, she was happily looking after Fidan’s son, Bekir, who was only 1 year old, while Fidan’s daughter, Rrezarta, 6, was in school.

The news of the accidental death of Fidan shocked the whole family. He was a respected community member, with a very important job position in the municipality, from where he contributed to the improvement of the well-being of the Roma, Ashkali and Egyptian communities, the most marginalized communities in Kosovo. He was the only member of the family who had a job. He left behind his wife and two children, Rrezarta and Bekir. A year after his death, the children's mother abandoned her children and started a new life somewhere else.

Grandmother Drita was left with the burden of raising her nephew and niece alone. However, she didn’t consider this as a burden. Her eyes are full of happiness when talking about them and their achievements. She doesn’t want to mention all the difficulties and challenges endured during this period of raising her grandchildren when she remembers that Rrezarta has already finished school, and Bekir who is now 13 years old is doing very well in his lessons. She is proud of her grandchildren, for the people they have become.

“When I heard that my son had died, I couldn’t help but wish to be dead myself too. I couldn’t believe that he was gone. But I moved forward because my grandchildren needed me. Their mother left, as well, and they had no one else. I started taking care of them, and they kept me alive. I am so thankful for having them in my life.”

During these years, we have helped Drita and the children with food, clothes and academic material so they could go to school. All this support was made possible thanks to your generosity from far away. She is very thankful for your help appreciating every penny sent to help her raise her grandchildren.

Her name, Drita, means light.
And she is the brightest light in the lives of her grandchildren. 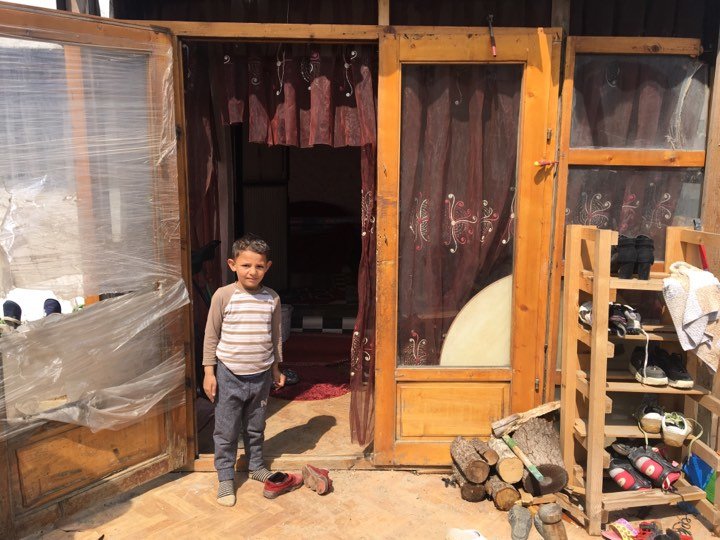 The other nephew of Drita

By Mabel McCormick and Jack Peck - Volunteers at The Ideas Partnership 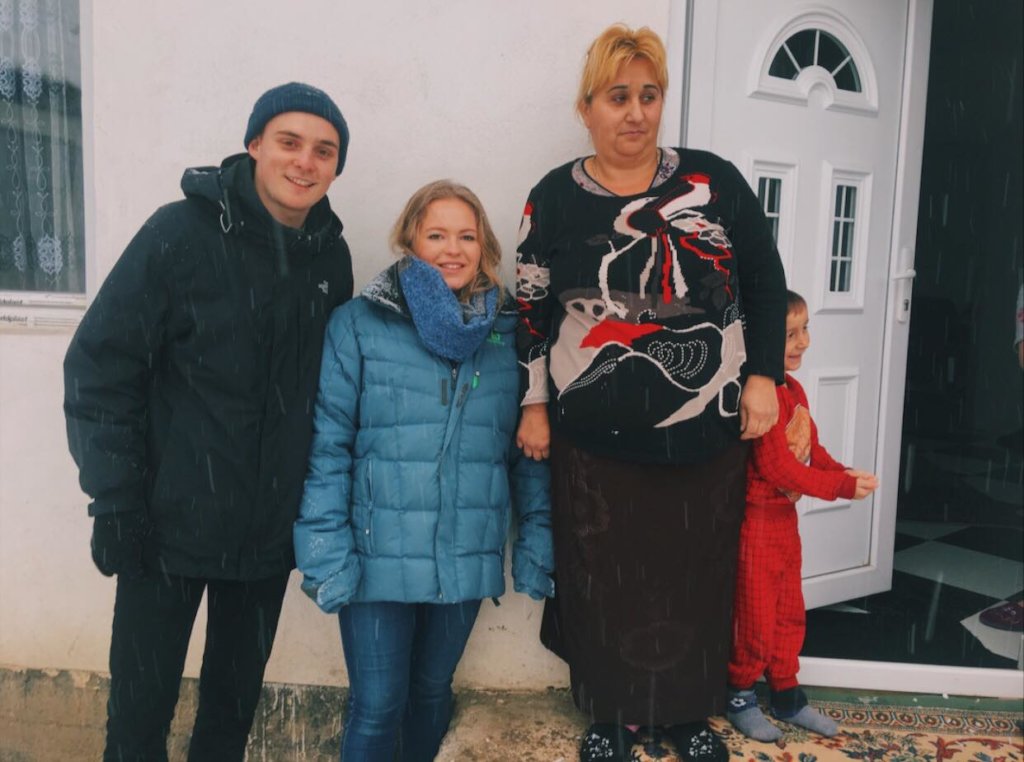 Volunteers Jack and Mabel with Nurije

It was a bitter winter’s day. Although the thick snow and -8 degree temperatures, there were still many children around playing football and pulling each other along on toboggans made from scraps. We battled through the snow storm occurring throughout Kosovo to visit Nurije. The 38-year-old mother of 7 children, aged from 19 years old to just 5 years old. Many of who greeted us at the door.

Nurije is sadly recently widowed with her husband dying of lung cancer only three months ago. Not only does she have to battle with the grief of losing an integral part of her family, she now has to cope with caring for her entire family through this long, unbearable winter.

We discussed her life here in Fushe Kosove as she expressed the lack of job opportunities and poor living conditions. She is given just 130 euros per month from the state to fund her whole 8 member family. Particularly in the winter, this is worsened given the need for fire wood, costing 80 euros per month. Mathematically, this clearly doesn’t add up leaving just €6.25 for each family member for necessary food each month. Showing the desperate need for support from The Ideas Partnership.

However, due to your kind donations, The Ideas Partnership is able to help the family through this devastating time with food, clothing supplies and school equipment aiding the children’s access to education.

We spoke to 16-year-old twins Ernesa and Qendresa, who are very grateful to the Girls Club at TIP every Saturday afternoon. They are taught about important issues surrounding education, sexual health, and relationships. All significant issues within the community. Both confident girls, they aspire to have meaningful professions mentioning becoming bakers.

The widow fund supports Nurije directly with financial aid for essentials such as food and clothing to help her large family survive the winter. But there are so many additional benefits from support at TIP. Her daughters benefit weekly from attending the Girls Club. Also, her younger children are consistent with English and maths classes at the TIP centre. Yes, these donations help directly to fund essentials, but it subsequently funds positive and hopeful energy throughout this poor community. Firstly, education from such a young age results in kindergarten students gaining confidence in reading and writing. Secondly, the rise in ambitions throughout school for a better life and the drive to improve their livelihood. And finally, better working opportunities for more educated young adults. The Widows Fund has so many indirect benefits that is helping mould this community and your donations are to thank for that. 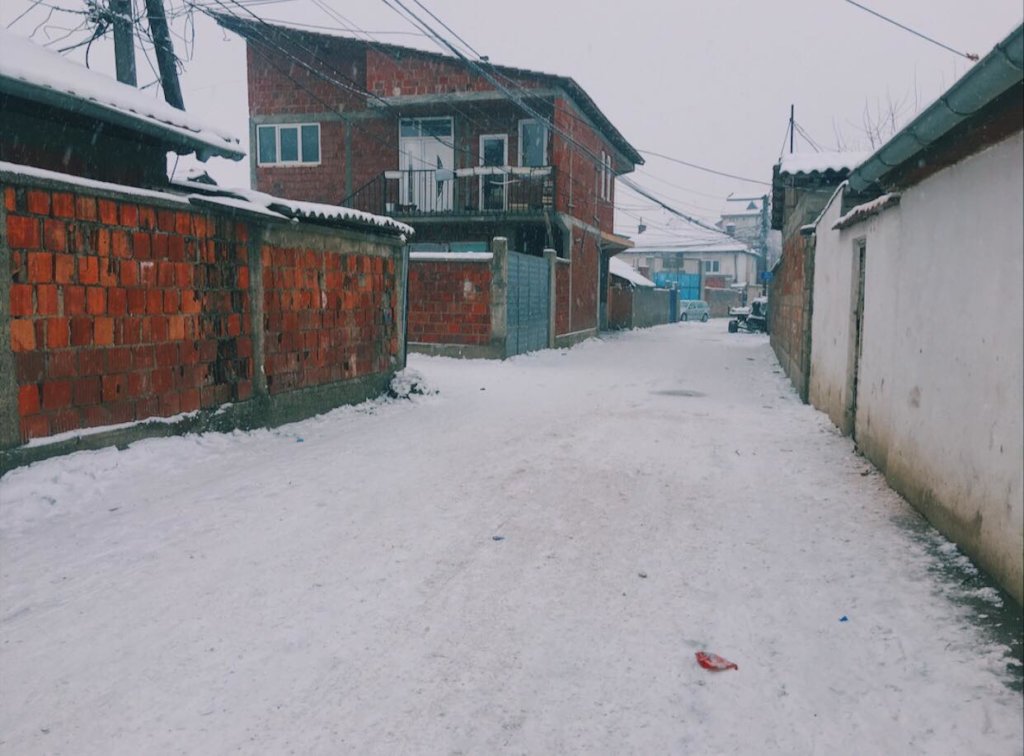 The road that leads to Nurije's house

GlobalGiving
Guarantee
Donate https://www.globalgiving.org/dy/cart/view/gg.html?cmd=addItem&projid=20369&rf=microdata&frequency=ONCE&amount=25
Please Note
WARNING: Javascript is currently disabled or is not available in your browser. GlobalGiving makes extensive use of Javascript and will not function properly with Javascript disabled. Please enable Javascript and refresh this page.