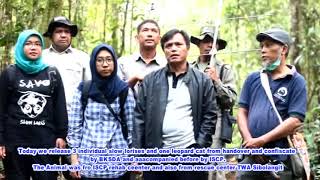 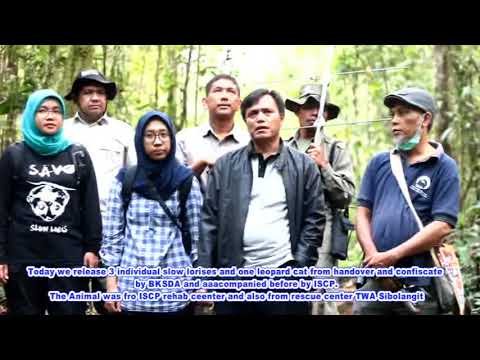 Since the establishment of the Slow Loris rehabilitation center in March 2016, ISCP has saved 41 lorises and 30 of them have been re-released in Sumatra forests (16 individuals were released during 2016 and 14 individuals were released during 2017).We urgently need help in providing clinical medical equipment. This equipment will support the treatment of sick lorises and also injured from the confiscation of rescue team ISCP /BKSDA North Sumatra plus also can be beneficial to another wildlife.

The Slow Lorises are often hunted down and sold on the black market for pets. Though maintaining Slow loris can be imprisoned 5 years in prison and a fine of 100 million rupiah. Before being reared, canine teeth will be revoked or filed so that loris do not bite prospective buyers. Though the canine teeth that serve as a means of self-protection. Can you imagine how much your toothache would be if it was forcibly removed without anesthesia? In addition to being painful, frivolous removal with n

ISCP animal rehabilitation center completed at the end of August 2017 by Crowdfunding collection and is still a lot of shortcomings, especially facilities and infrastructure supporting the clinic so in providing clinical medical equipment. This equipment will support the treatment of sick Slow lorises and also injured from the confiscation of rescue team ISCP and BKSDA North Sumatra plus also can be beneficial to treatment another animals rescued

The Project will reduce the hunting and trade of wildlife, especially slow lorises, in Sibolangit and all around North Sumatra. It will provide educational awareness to the public /villagers that keeping Slow Loris as a pet is dangerous , in the hopes that people will be safe from slow loris bites and slow loris will be safe and free in their habitat.