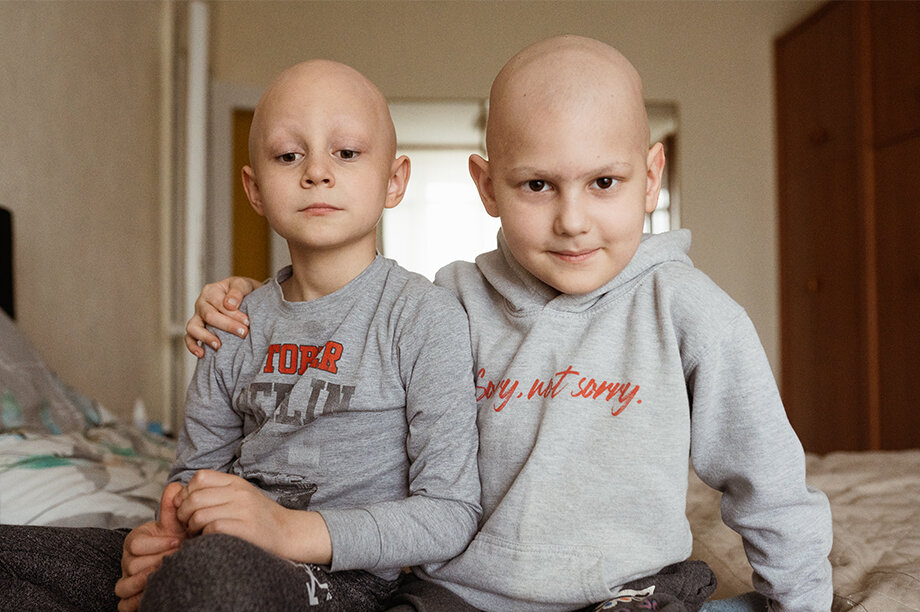 Donate today to make a big difference in children's life 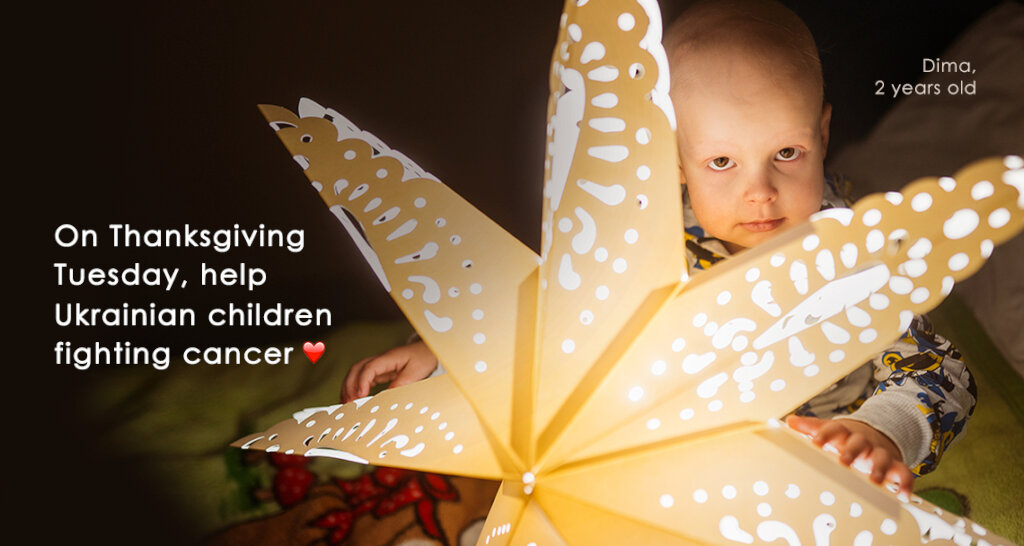 Hundreds of Ukrainian children suffering from cancer will spend Christmas in hospitals. Day by day, they fight for their health and do not stop dreaming. The biggest dream of children like Dima is to return home from the hospital.

Dima is just two years old. Despite his age, he already knows what it's like to wage his own war against the disease. At the end of August, he had a difficult operation, and after it - several more courses of chemotherapy.

Please, on Thanksgiving Tuesday donate to bring Ukrainian children like Dima closer to a life-meaning win!

Your gift brings so much hope and strength to the families facing two wars at once! 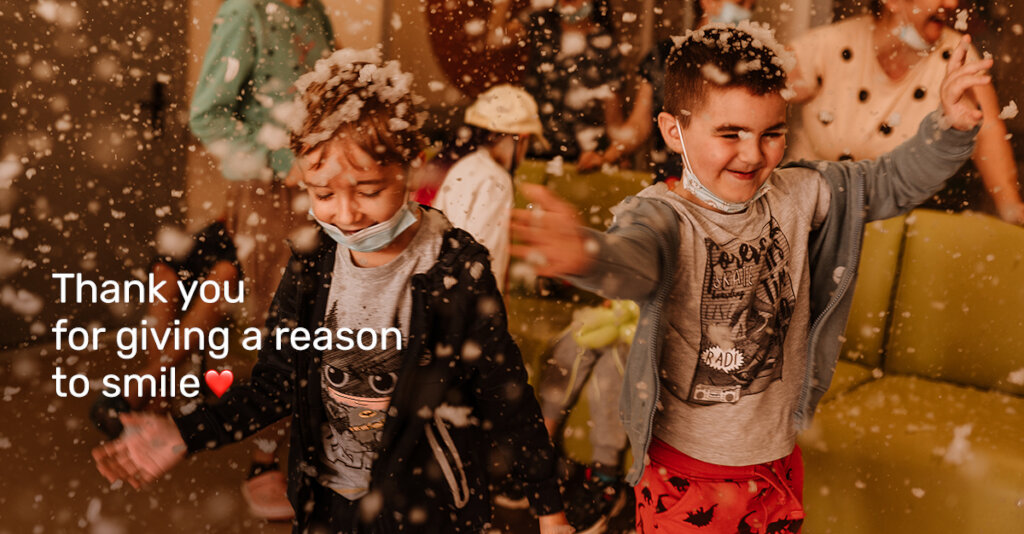 While a full-scale war against Russia lasts, there is one more fight against childhood cancer on an invisible front. And we are incredibly grateful that you remain reliable shoulder and strong support for children with cancer and their families. Thanks to your generous support, children with cancer remain in Ukraine and continue their fight against the disease in Ukrainian hospitals. Even if it is much more complicated than it was before February 24.

We have prepared the report for the second quarter. Here we describe what we, together with you, have done for children and the pediatric cancer treatment service in Ukraine.

Please, stay with the Ukrainian children 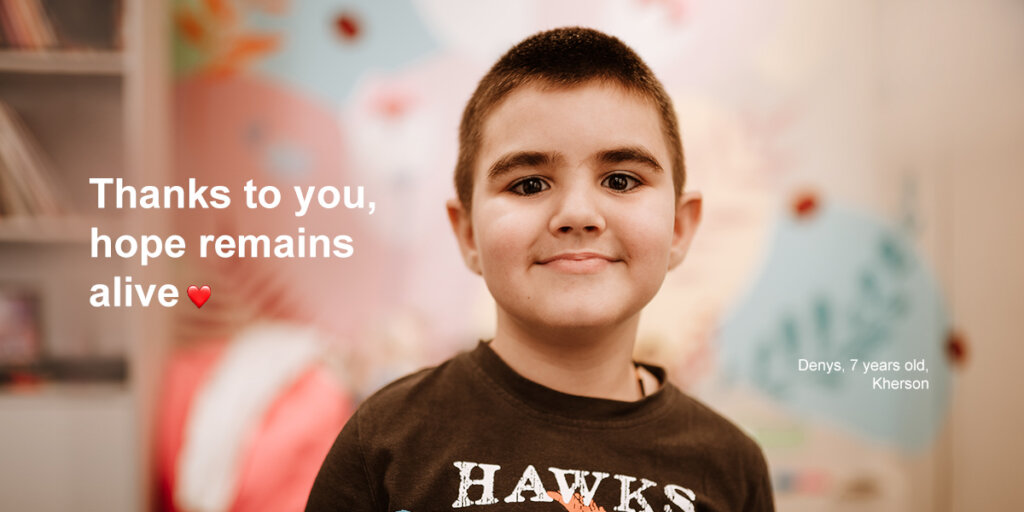 Looking back at 2021, we feel boundless gratitude for each achievement that became possible thanks to donors like you.

Last year more than 1000 families of children with cancer received the required assistance.

And we will do everything to ensure that the war and those responsible for it cannot cross out past gains, current opportunities, or future victories.

For now, let's recall what all of us have already done on this path.
Please, read our report for 2021.

Today you can ensure even more victories in 2022. Create a subscription to help Ukrainian children.

Thank you for delivering help and hope to Ukrainian children even in the darkest times.

Our strength is in unity 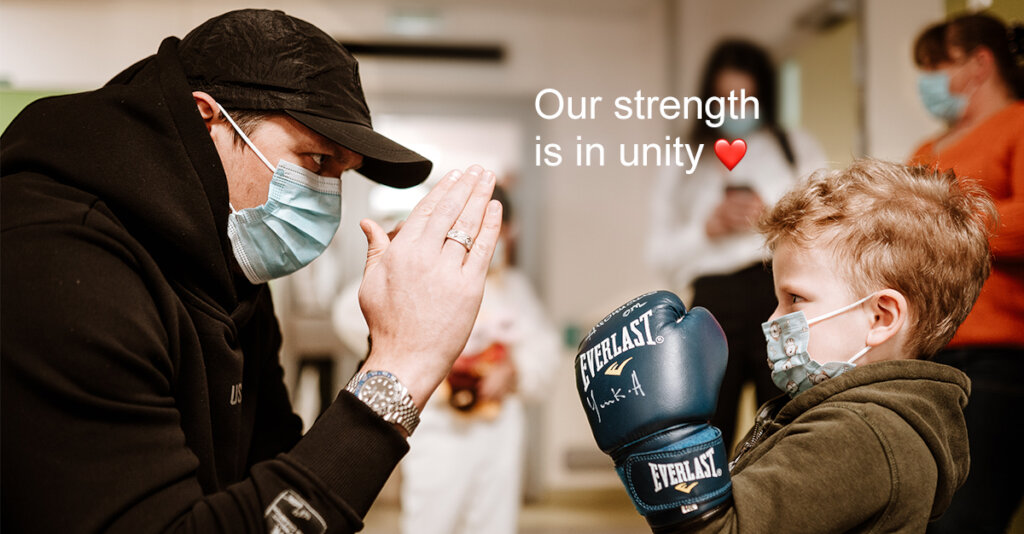 When a child is fighting cancer, each completed step on the way to his recovery should be celebrated as a victory. Today, the whole of Ukraine is fighting an enemy. And thanks to your huge support, we are able to celebrate this battle’s successive achievements as well. Together.

We have prepared the report for the first quarter of this year.

Please, read it. The impact we are making together, is only possible because of you. What you keep doing for children and Ukraine deserves the highest respect and immense gratitude.

On the eve of Children’s day, we ask you to unite your friends and family to support the bravest Ukrainian children. Create a fundraising campaign for the benefit of the Tabletochki's project and increase your help.

Click "Start a Fundraiser" on the project page, create a fundraising campaign in a few simple steps, then invite friends to make a donation to your campaign.

All donations you raised will protect the bravest Ukrainian children. With your help, it will become possible to cover their humanitarian needs and ensure their safety.

Together we can do the impossible. And together, we will rebuild everything!

If you need help creating a fundraising campaign, do not hesitate to contact me.

Congratulate the bravest on Mother's Day 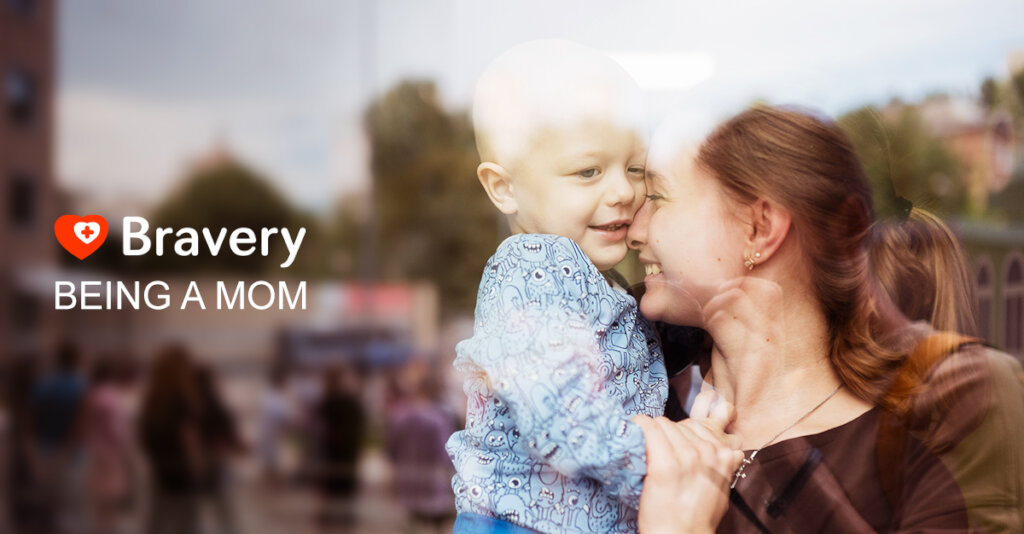 This Sunday lots people around the globe will celebrate a very special Day. On the eve of Mother’s Day, we want to show you examples of impressive bravery. These are stories of those who always need to be strong. These are stories of mothers who had to protect their children both from Russian bombs and cancer.

The mother of a 13-year-old Kyrylo found out about her son’s diagnosis on February 23. The boy was undergoing chemotherapy to the sound of sirens, and during the air alarms, the mother was carrying an exhausted son from the fifth floor into the bomb shelter. And all of this — while being pregnant.

Mariya’s mother spent two weeks with her sick daughter in the basement of their house in an occupied village near Mariupol. In March family risked heading west in the absence of “green corridors” through Russian checkpoints and occupied territories.

Danylo’s family met the war in Sumy. After the beginning of warfares and shelling, they decided to return to their hometown in the Sumy region, Konotop. The mother learned to do the chemotherapy on her own in the basement of their house to continue her son’s treatment.

Thanks to the support of donors like you, Kyrylo, Mariya, Danylo, and hundreds of other children have an opportunity to continue their treatment in European hospitals. Despite everything that happened, mothers remain incredibly strong: they don’t give up, believe in victory, and get used to living in a foreign country.

Please, keep helping children fight cancer. After all, bravery is being together.

GlobalGiving
Guarantee
Donate https://www.globalgiving.org/dy/cart/view/gg.html?cmd=addItem&projid=55590&rf=microdata&frequency=ONCE&amount=25
Please Note
WARNING: Javascript is currently disabled or is not available in your browser. GlobalGiving makes extensive use of Javascript and will not function properly with Javascript disabled. Please enable Javascript and refresh this page.