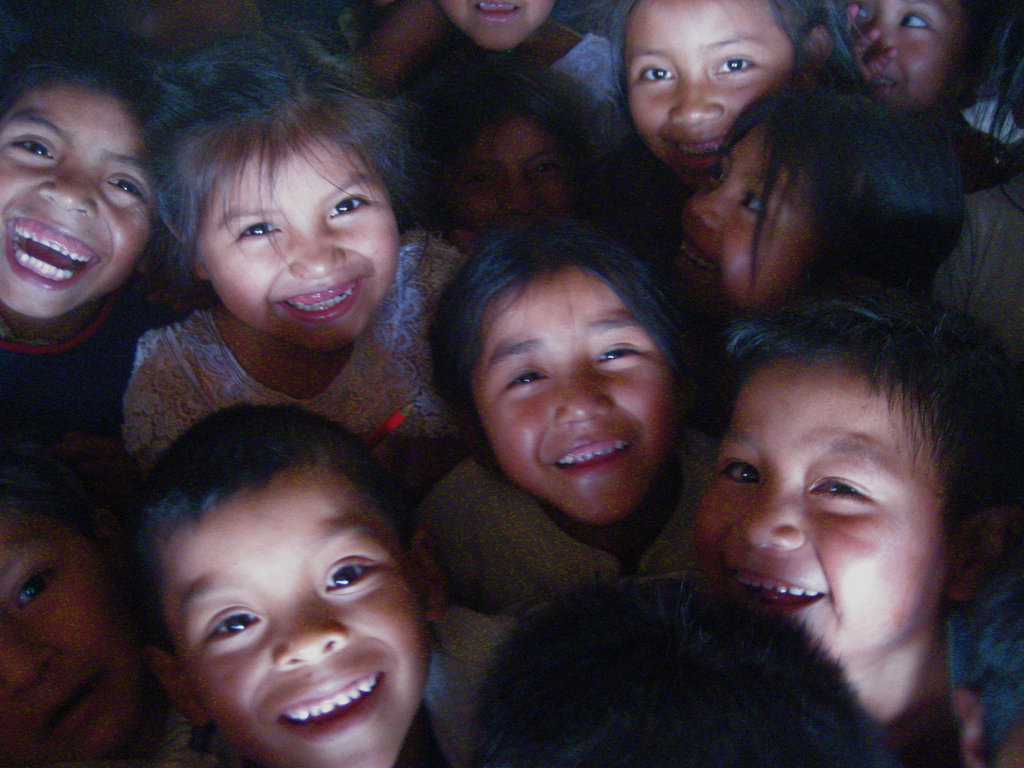 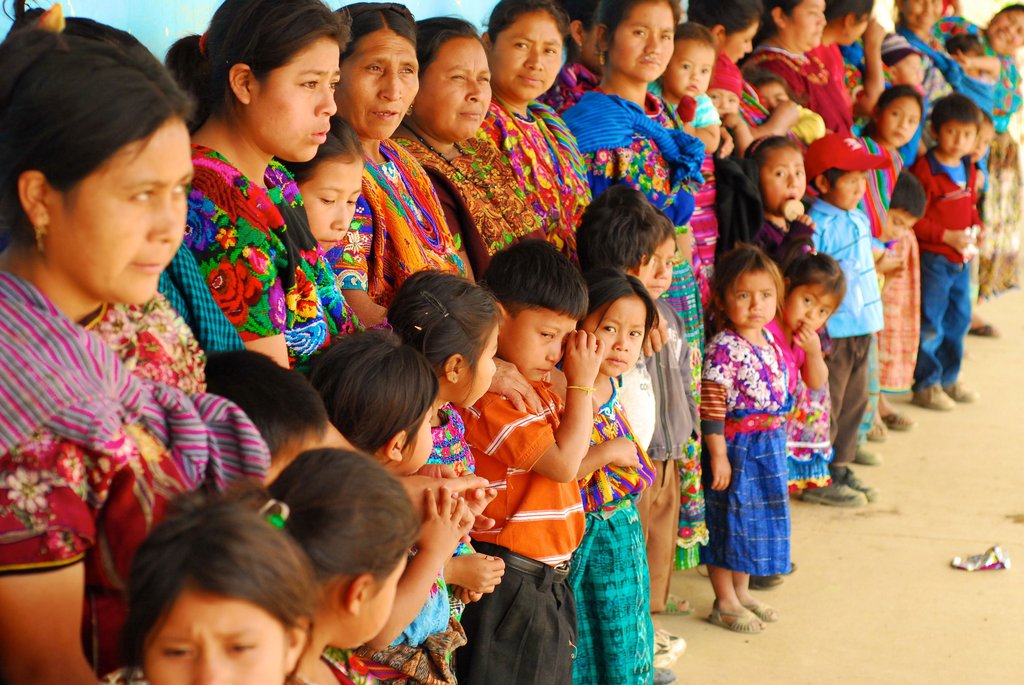 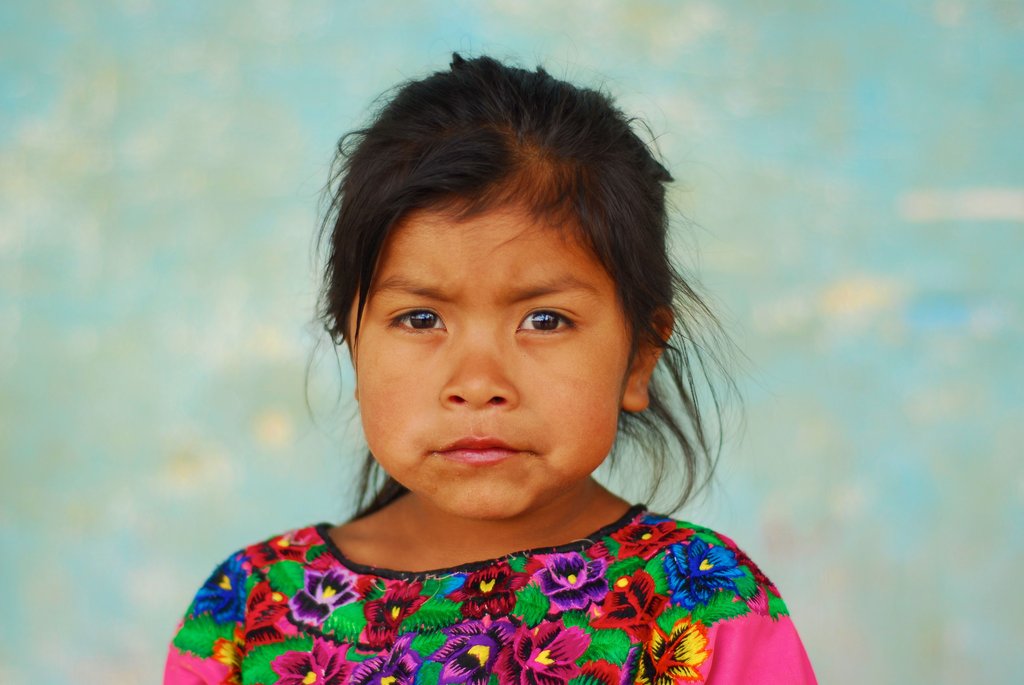 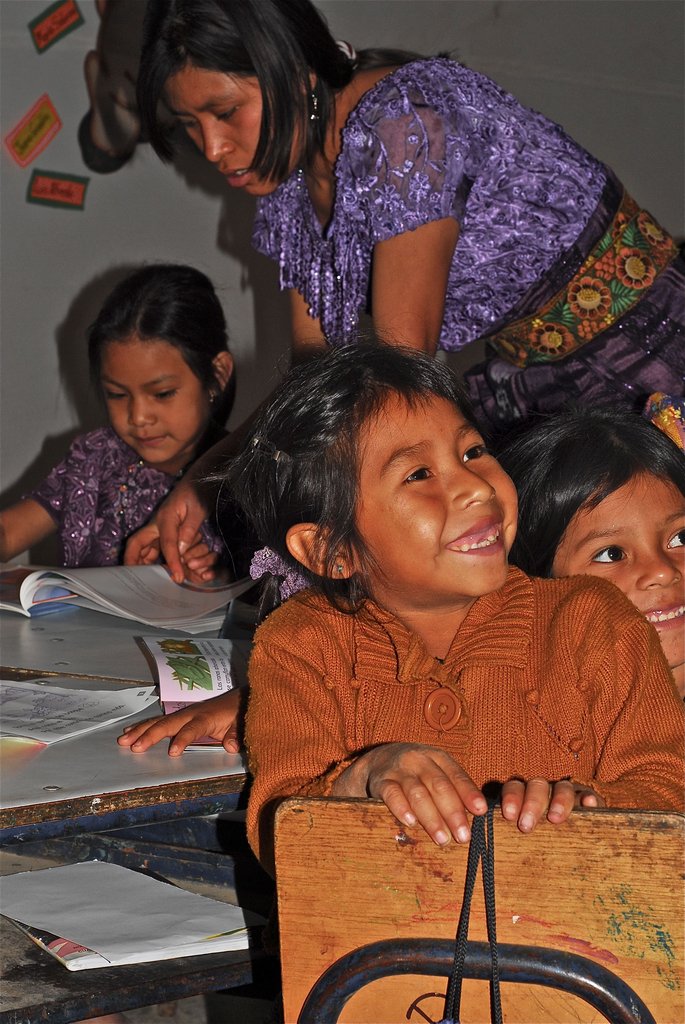 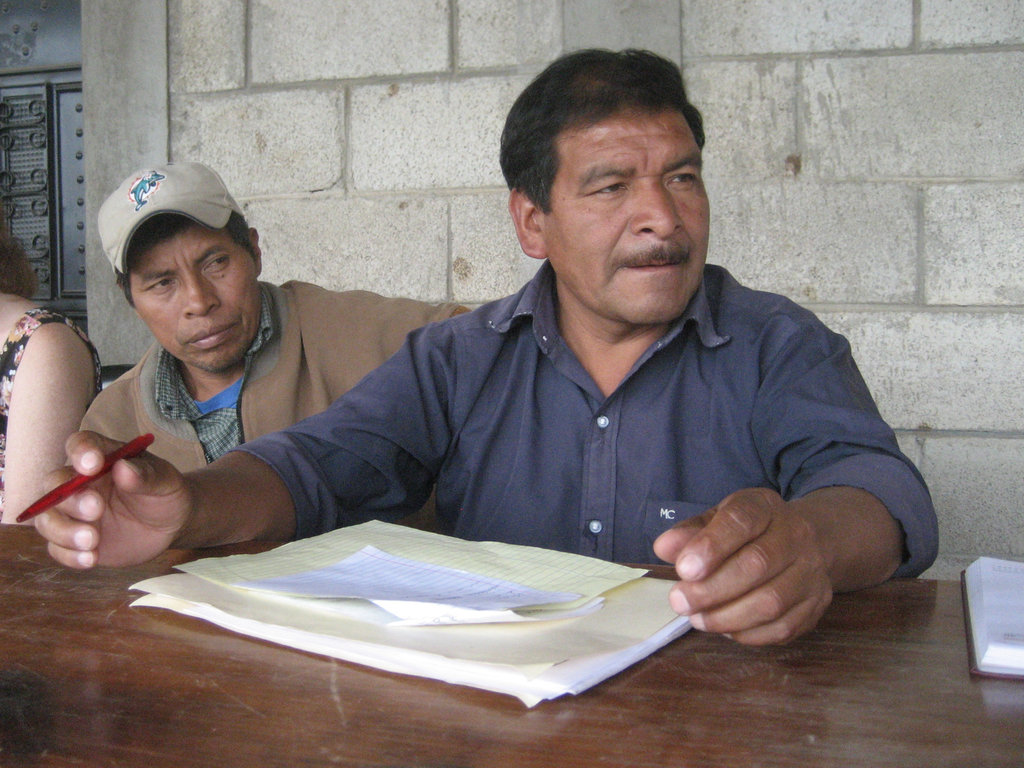 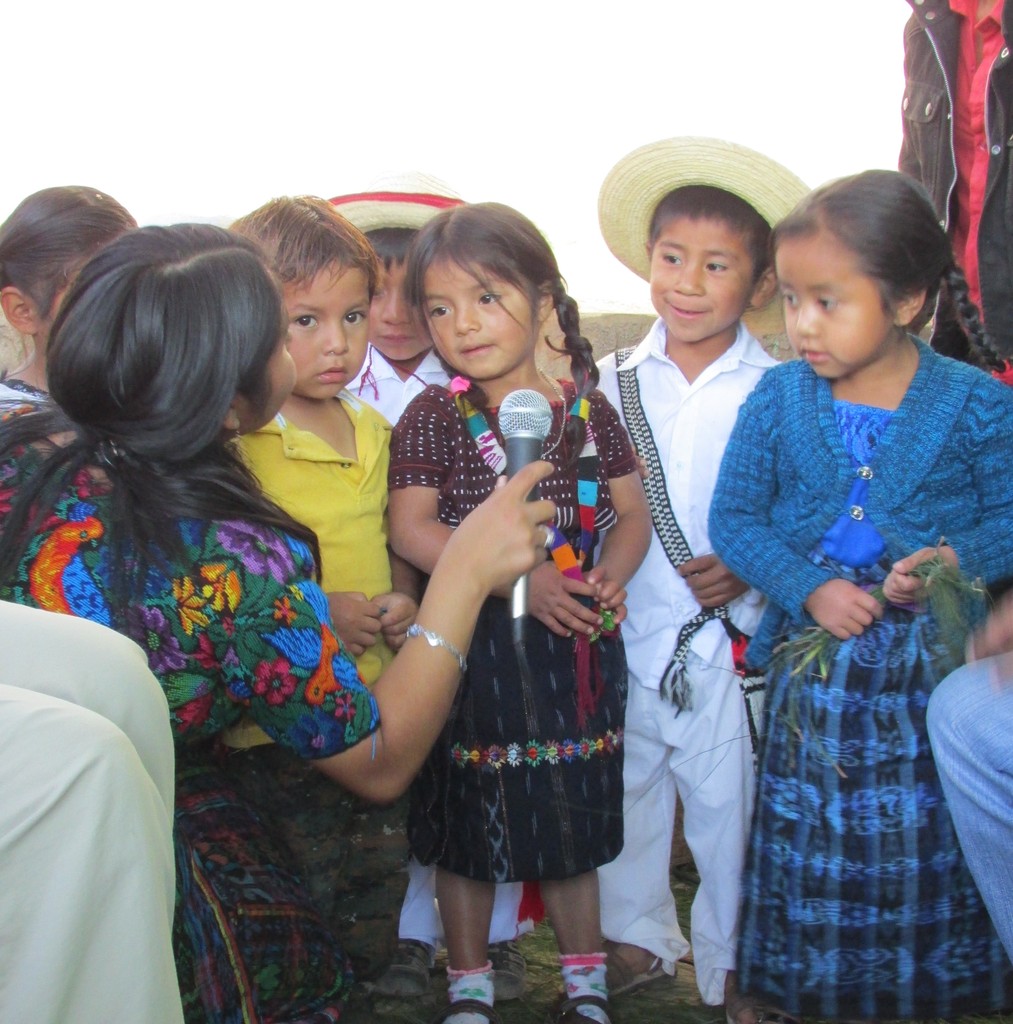 Heidi and the children singing a song

The following is a postcard from Lydia Sorensen, GlobalGiving's In-the-Field Representative in Guatemala, about her recent visit to Let's Be Ready.

About 45 minutes outside the lovely city of Antigua, in the municipality of Patzicia, is the small community of Las Parcelas. As one of the town elders himself told us, the town was created in the 1950s when the former landowners deeded four families the land in gratitude for their years of service. Today there are about 80 children ages five to sixteen in the town, and twelve lucky three and four year olds who attend the Las Parcelas Preschool started by Lets Be Ready. Before the preschool was created last year there was nothing for them in the area—they entered into first grade directly at the age of six. Most likely as a result of the failure to be prepared for school, an alarming number of Guatemalan children leave school after failing the first grade (30% of Central American children fail first grade). By introducing children to school in a fun atmosphere, Let’s be Ready is committed to getting more children through school. According to Nora Mehida Tun Bacajol (the director of Let’s Be Ready) they have been overwhelmingly successful: of the 335 children they have worked with, 300 have completed first grade and seven were even in the top of their class.

Here in Las Parcelas the preschool is run by energetic and cheerful Heidi, a young woman who graduated in 2012 from teaching school without a job. She walks thirty minutes each way in order to get to the preschool, but she says she loves her work. Heidi proudly shares a story about how recently she visited one of her former students who is currently in elementary school and discovered he had taught his mother (who was previously illiterate) how to write her name. One of the mothers tells us that having the preschool and Heidi has been a blessing, and now she has hope her two children will get to have a better future.

Dressed in their best, the children shyly show off what they have rehearsed in preparation for our visit: a song, a dance called “We are Proud of Guatemala”, and even a short poem about a caterpillar turning into a butterfly. Shortly however they break off, darting into the cozy classroom to play in the “kitchen corner”, page through a picture book in the “reading corner”, or build a tower in the “play corner”. They even include me—bringing me a delicious piece of plastic cake and a lapful of small toys. Leaving Las Parcelas in our van, some of the kids put down their toys to wave goodbye with their parents, and like their mothers I am filled with hope that they will succeed in school next year. 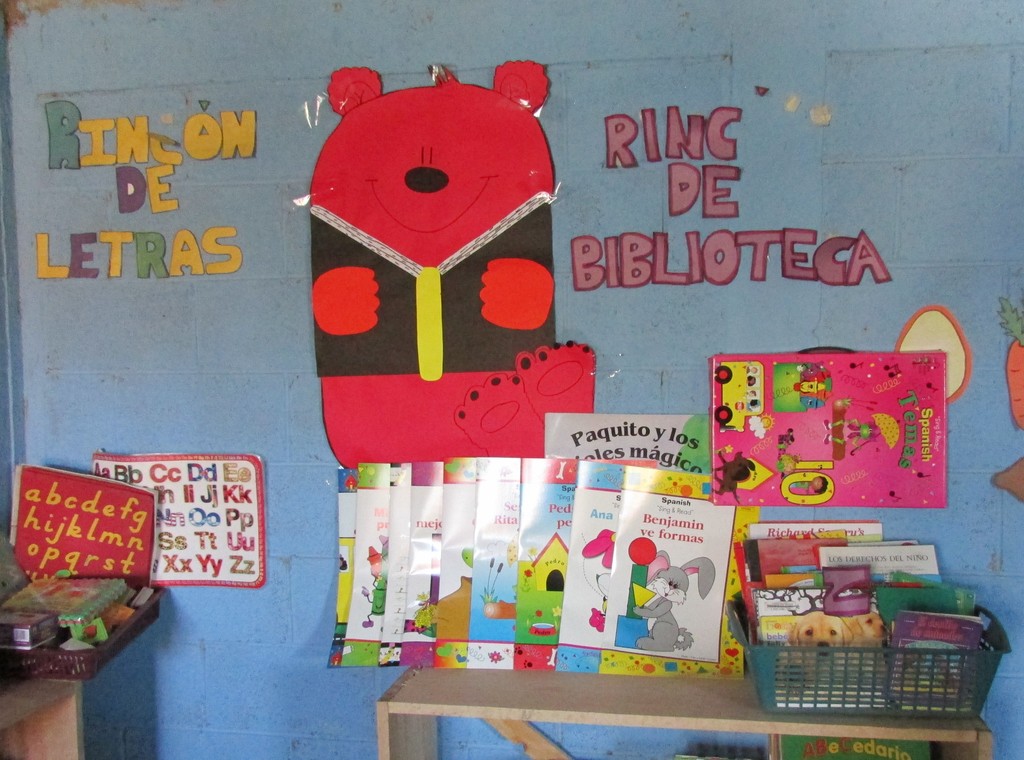 The letters corner and the library corner 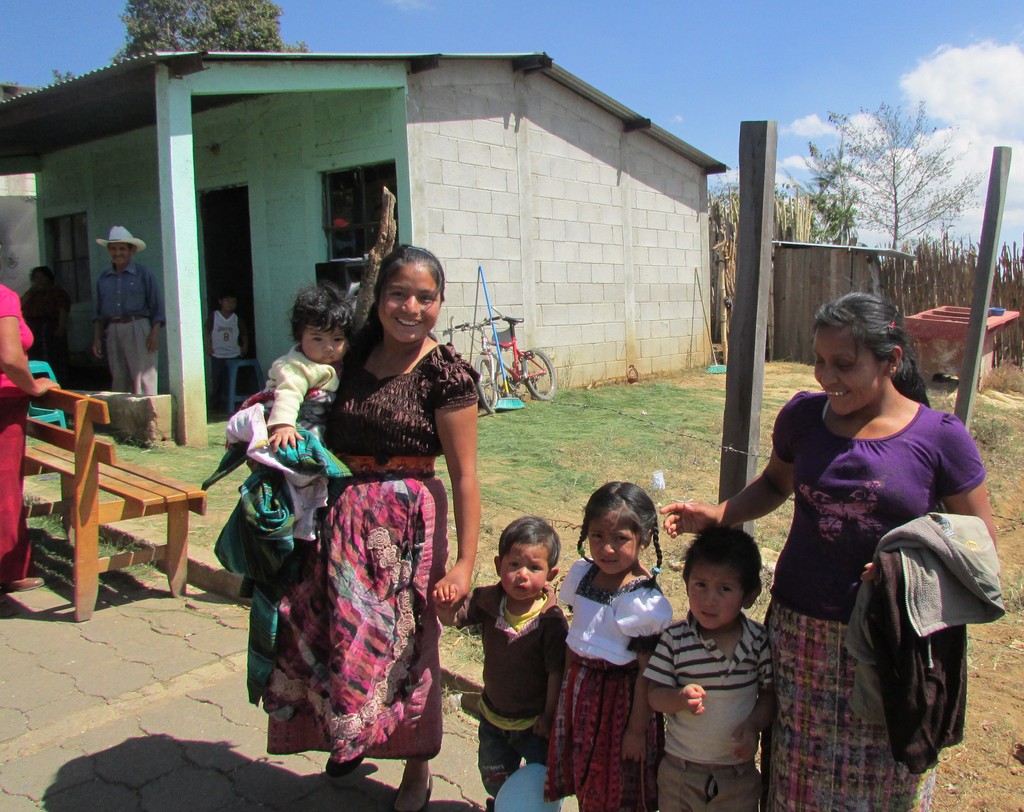 « Previous - "Update on the Program"
"Teacher's Progress Report" - Next »
Comments:

GlobalGiving
Guarantee
Donate https://www.globalgiving.org/dy/cart/view/gg.html?cmd=addItem&projid=12451&rf=microdata&frequency=ONCE&amount=25
Please Note
WARNING: Javascript is currently disabled or is not available in your browser. GlobalGiving makes extensive use of Javascript and will not function properly with Javascript disabled. Please enable Javascript and refresh this page.