Solving the case of a sunbear and a Sumatran tiger 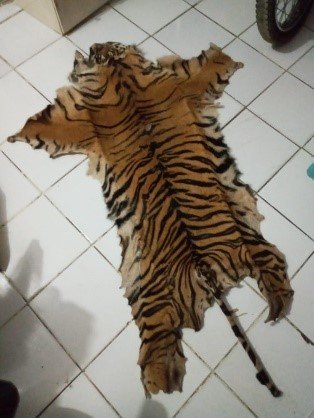 The Forest and Wildlife Protection Unit (ForWPU) are currently hard at work to solve two cases of illegal wildlife crime in Sumatra.

Firstly, the team recently began an investigation on an individual suspected of trading protected animals including sunbears (Helarctos malayanus). Along with the head of the Special Crime Unit from the North Sumatra Regional Police, they coordinated a meeting with the individual, posing as prospective buyers of a young sunbear. The bear was on sale for 24,000,000 IDR - £1264 or $1634 at today's exchange rate. Through their discussions, the team were able to ascertain that the sunbear was being kept by a Military Police Officer from the Indonesian Air Force, meaning careful plans now need to be made to confiscate the sunbear. The team hopes to be able to rescue the animal very soon.

Alongside the sunbear investigation, ForWPU are working on an investigation into three people suspected of trading Sumatran tiger (Panthera tigris) body parts and skins. In a similar process to the sunbear case, the team arranged to meet one of the suspects at a restaurant to discuss buying a tiger skin. The Special Crime Unit were also in attendance and were able to apprehend the suspect, who is also known to be involved in other illegal wildlife trade networks. They are now gathering more evidence (having confiscated the tiger skin) and beginning legal proceedings against all the people involved.

As you can tell, a lot of time and funds go into tracing the illegal willdife trade in Sumatra. Every investigation is a piece of the bigger picture - stopping the illegal trade altogether - and we are so grateful for your support. 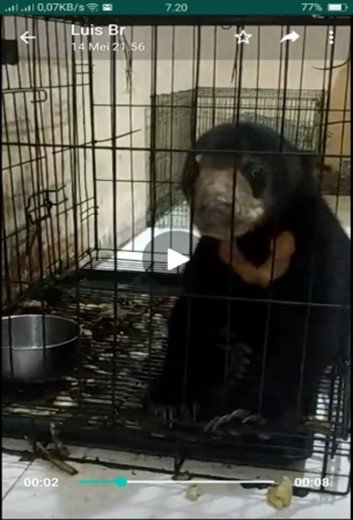