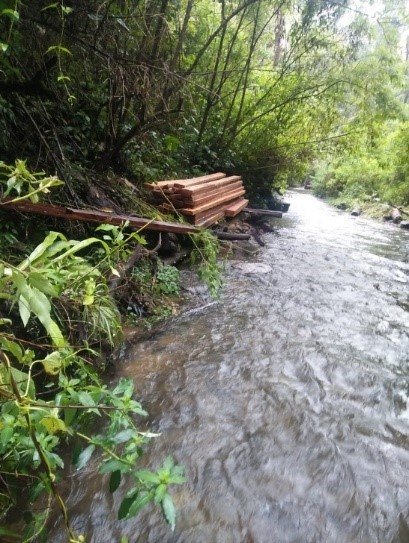 A pile of processed timber by Batun river.

Illegal logging, the practice of illegally harvesting, buying or selling timber from forested areas, has serious detrimental impacts on wildlife, people and the environment. In Sumatra, these effects range from the destruction of orangutan habitat to the endangerment of people's lives as disappearing forests lead to soil erosion and flooding.

Illegal logging is therefore one of the primary areas of concern for the Forest and Wildlife Protection Unit (ForWPU). One recent investigation focused on Bukit Barisan Forest National Park. The team spent several months monitoring the area and collecting data, most recently documenting a large pile of 80 seven-metre long logs on the bank of the Batun river. At another location nearby, they found a stack of processed timber, indicating that the illegal logging operation is quite developed and widespread across the national park.

The evidence painstakingly collected by the ForWPU team was passed on to local authorities, who will now take action against the loggers under Indonesia's forestry laws.

Bringing this kind of illegal activity to light takes a lot of time and effort by several teams of people, and ForWPU is a crucial piece of that puzzle. Thank you for supporting their work and helping to keep Sumatra's forests standing. 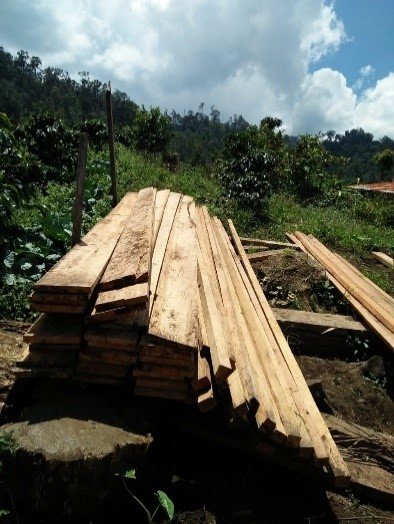