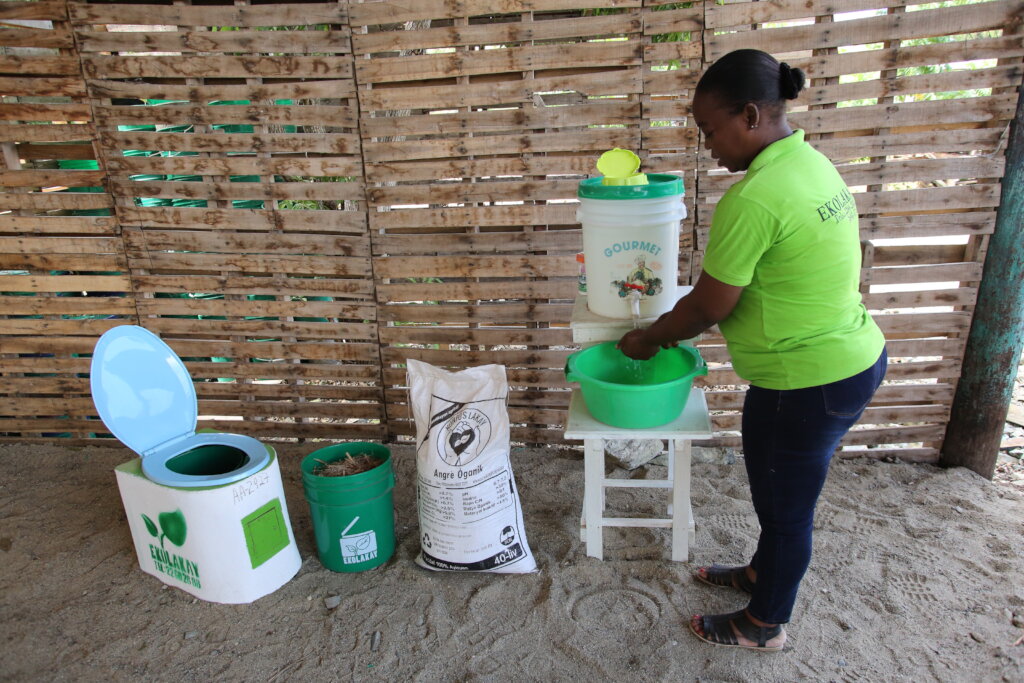 While SOIL’s contribution to mitigating this problem sometimes feels like a drop in the ocean in the context of this staggering data, the fact still remains that approximately 9,000 Haitians are currently benefiting from SOIL’s household sanitation services. Now more than ever it is critical to identify innovative technological solutions and services to meet the sanitation needs of the world’s most vulnerable populations.

What is Improved Sanitation?

According to the CDC, basic sanitation is described as “having access to facilities for the safe disposal of human waste, as well as having the ability to maintain hygienic conditions, through services such as garbage collection, industrial/hazardous waste management, and wastewater treatment and disposal.” The distinction of improved sanitation facilities refers to technologies such as flush (or pour-flush) toilets to sewer pipes, septic tanks or pit latrines, ventilated improved pit latrines, composting toilets, and container-based toilets where waste is safely collected and treated. Access to improved, safe, and reliable sanitation services plays a critical role in advancing human rights, promoting equality and achieving sustainable development goals.

One of the greatest barriers in accessing sanitation services, especially in low and middle-income countries is affordability. However, there are numerous factors that affect one’s ability to access sanitation services, including socioeconomic status, sex, gender, disability, health, geographic location and livelihood status.

The lack of access to sanitation services can be devastating for marginalized communities, further exacerbating pre-existing disparities. For example, due to the fact that many schools in Haiti, and elsewhere in developing countries, lack safe, private places for students to go to the bathroom, many girls miss school during menstruation, disrupting their educational development and further limiting their livelihood opportunities. Additionally, in some countries, indigenous peoples and religious minorities lack access to safe water and sanitation in disproportionate numbers. Meanwhile, universally, people with disabilities lack access to adequate sanitation services,  “as public water and sanitation facilities are often not designed to meet their needs.”

Inclusive Sanitation as a Human Right

To tackle the global sanitation crisis also means tackling systemic inequalities and, forms of discrimination that perpetuate disparities and prevent access to basic human rights, like sanitation. We know that it’s going to take innovative solutions to do this and a one-size-fits-all solution to the global sanitation crisis is not practical. We’re proud to be able to work in Haiti to build a model for expanding access to sanitation that meets the needs of marginalized and vulnerable communities. And, we are thankful to have a community of supporters that are able to advocate globally for a more equitable future.

Project Leader:
Eliza Parish
Sherburne, New York United States
$55,089 raised of $75,000 goal
You last donated to this project on
623 donations
$19,911 to go
* Amounts in US Dollars
Donate Now
Donate once
Donate monthly
$25
USD
Safely treat 100lbs of waste
›
$70
USD
Provide 2 toilets for families without them
›
$100
USD
Produce 65 lbs of compost
›
$275
USD
Provide a family with a toilet plus collection and waste treatment services for a year
›