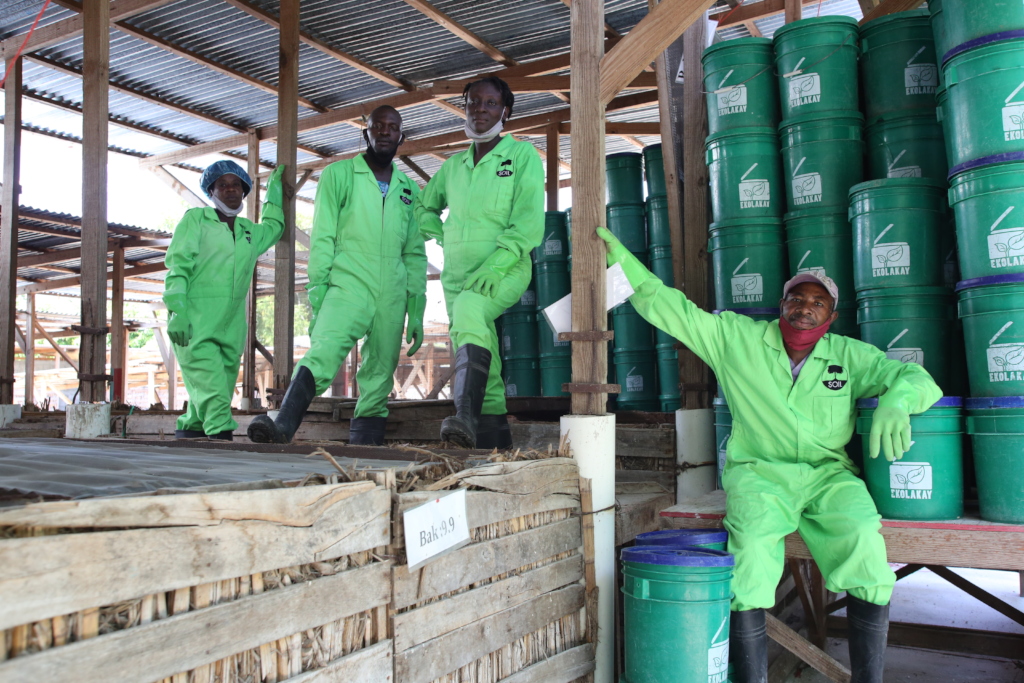 Since its pilot, SOIL’s EkoLakay service has been carefully designed as a holistic model that can offer benefits beyond a simple household toilet. Rather than thinking solely about EkoLakay’s potential for individual impact, we’ve used sanitation provision as a starting point for designing a solution that leverages the interconnection between sanitation, climate, and human rights. This is evident in SOIL’s waste treatment and composting facility, where we turn human waste from the EkoLakay toilets into regenerative compost that can stabilize Haiti’s fragile soils. More recently, a study conducted on SOIL’s composting facility offers groundbreaking insight into an additional avenue of positive ecological potential: climate mitigation. This research has re-invigorated SOIL’s deeply rooted ambition that there is potential for far-reaching impact in the sanitation sector through climate-positive solutions.

The study, published in the journal Nature Climate Change, found that for each person on the EkoLakay service, greenhouse gas emissions equivalent to 126 kilograms of carbon dioxide (kg CO2e) can be offset per year (approximately 800 kg CO2e per household per year). We wanted to better quantify and understand what this could mean for individuals using the EkoLakay service, we reached out to a few greenhouse gas researchers to help us put into perspective the potential for carbon offsets per household.

The researchers noted that, remarkably, the amount of greenhouse gas mitigated by EkoLakay equates to almost half of the average per capita carbon dioxide emitted by Haitians in 2018, which is approximately 270 kg CO2e. [1] Where, carbon emissions per capita are measured as the total amount of carbon dioxide emitted by the country as a consequence of all relevant human (production and consumption) activities, divided by the population of the country.

For SOIL, this is evidence of the important role that safely managed sanitation can have in providing an essential service that mitigates public health risk and potential environmental contamination; it also serves as a proof point that sanitation providers have a larger role to play in the climate solution. This is particularly true in densely populated and poor urban areas that are largely left out of the climate conversation. Access to safe sanitation is an essential human right, but it also has has increasingly greater potential to be an empowering mechanism for providing the world’s poor with a voice in the climate sphere.

We at SOIL are always fighting to find a voice for the communities and beneficiaries we serve. We are so thankful for our partners in this research and for our friends and supporters around the world who enable us to continue sharing the impact and potential of this work. This research represents an exciting breakthrough for both the sanitation sector and vulnerable communities in Haiti and around the globe that have access to container-based sanitation!